The final leg south. Northbound next…

As I write this we are anchored in the Tobago Cays in the Grenadines, the furthest south that we will go on this trip.  At 12 degrees south it is the farthest south that we have been aboard Pandora.   Perhaps next season we will go as far as Grenada which would put us at nearly 11 degrees south.   For sure, 12 degrees north is a lot closer to the Equator than it is to home at 41 degrees north.   It feels like an accomplishment to me.

Just before we left Bequia, and after the regatta was over, there was a mass exodus from the harbor of many of the boats that had come there to participate.  Most of the transient boats left under their own bottom but this one, a Shield I think, was lying along side a tramp freighter.  I wonder where she was headed? 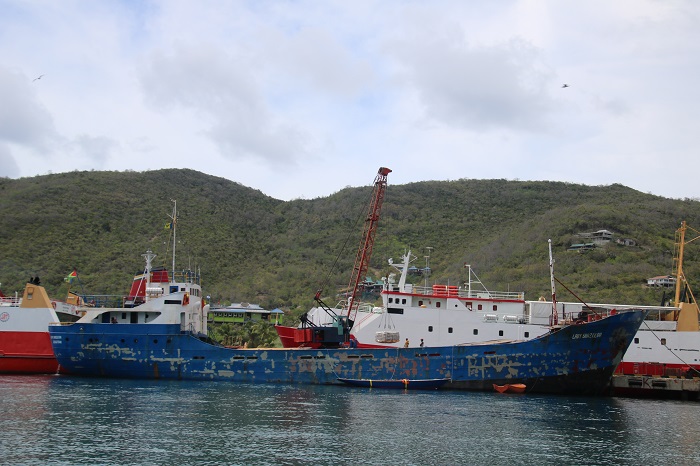 A little while later they fitted her with lifting straps. 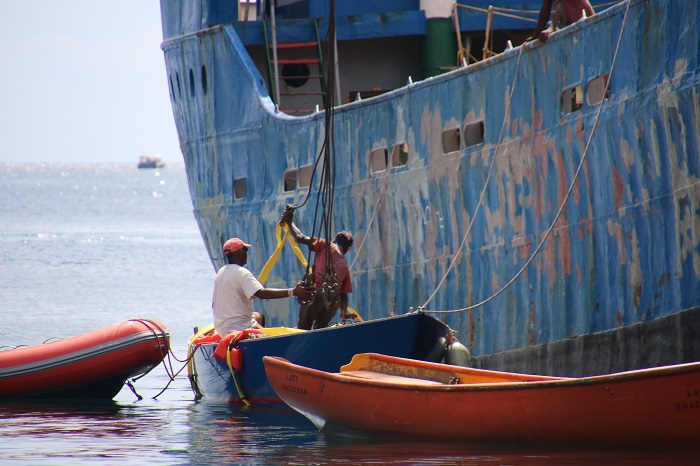 And up she went. 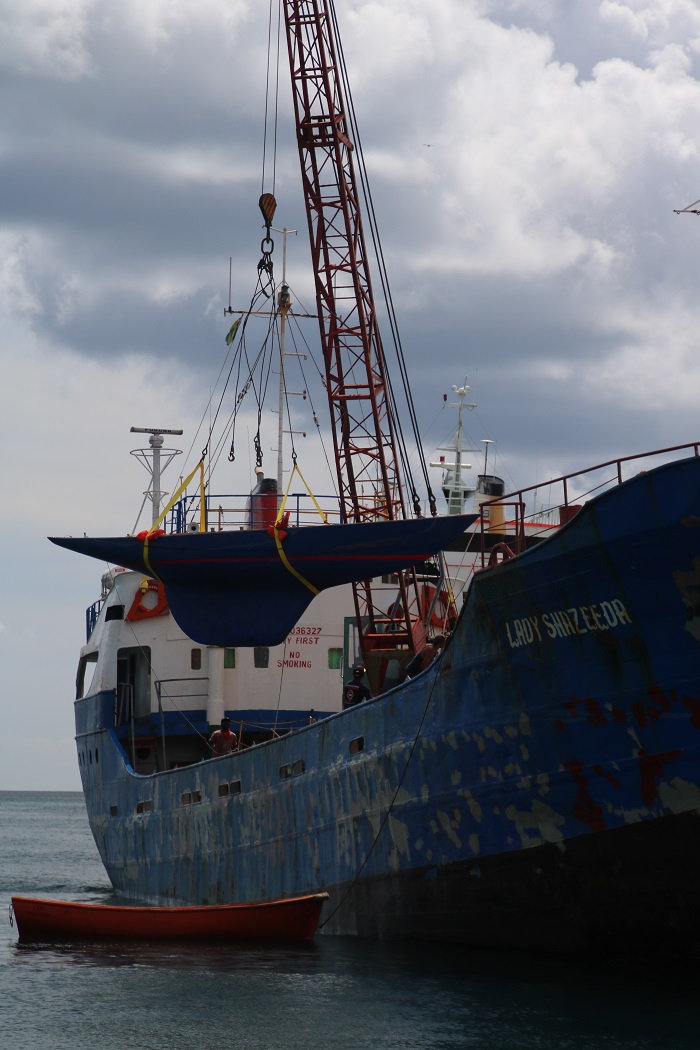 And speaking of going places, I have mentioned in past posts that my plan is to run Pandora north for the summer and do the Salty Dawg rally to Antigua again this November.

After that, it’s possible that we will opt to leave the boat in Grenada or Trinidad next summer as it may not be worth the time and wear and tear on me and Pandora to continue to do the run.   I will say that most of the cruisers I have spoken to about this leave their boats in Grenada or Trinidad during the summer, in part for convenience and also because the cost of labor in the islands is so much less than in the US.   In addition, the craftsmen are first rate.

That has great appeal as there are some projects that I’d like to get done that I just would not be able to afford in the US.  I was very pleased with the canvas work done on my dink as well as the varnishing below at rates that were quite reasonable.  Frankly,  we could not afford to have varnish work done in the US as it just wouldn’t make sense.

We loved the varnish work that Winfield did for us in Bequia.    Some of the finish below was getting a bit scruffy so we had him update some of the trim in the forward head, galley, chart table and companionway.  It turned out to be more disruptive than we had expected with work breaks for Good Friday and Easter, but the finished product is beautiful.  Winfield suggested that we go with bright varnish for the trim and other areas below as it’s a lot more durable than semigloss.   Good call.

It looks beautiful.  Trim that looks too nice to touch 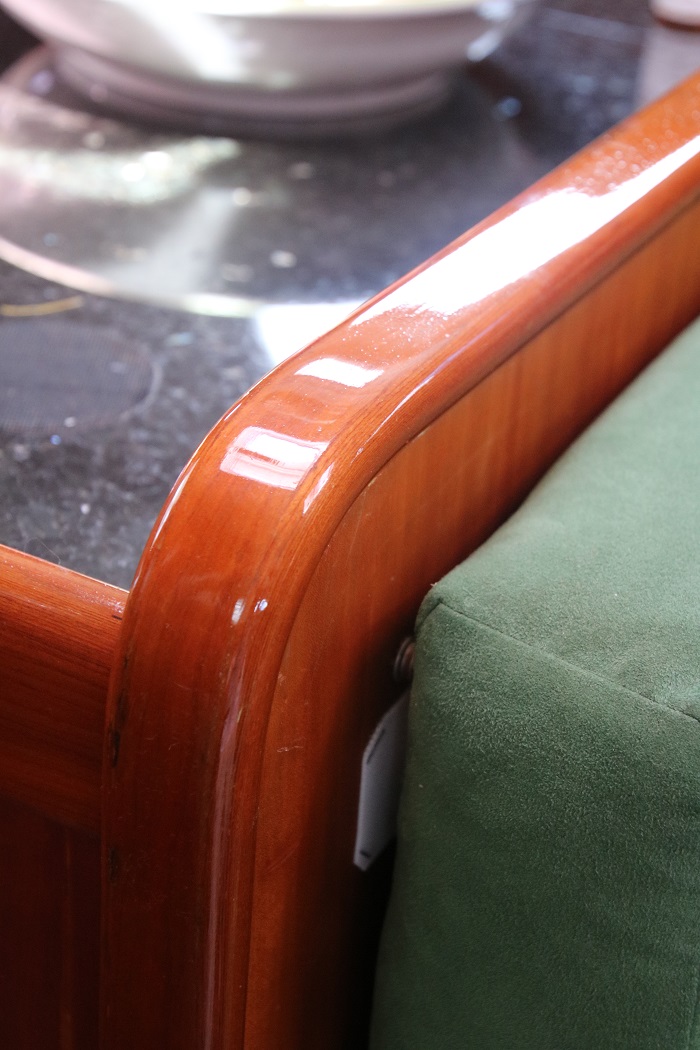 The chart table is so shiny I am afraid to use it. 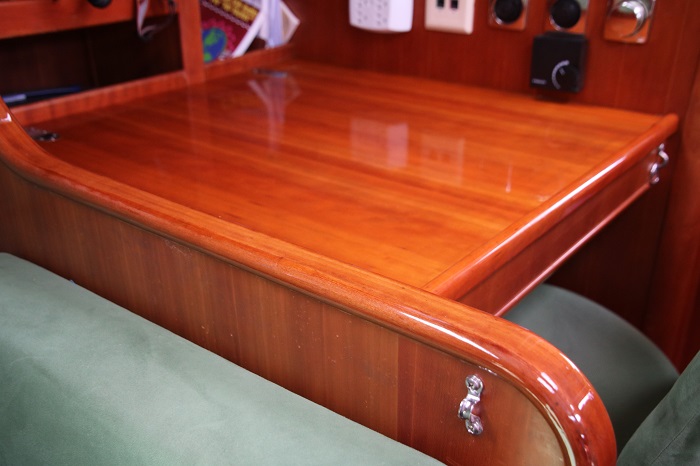 And, now a shiny compaionway that was looking very scruffy. 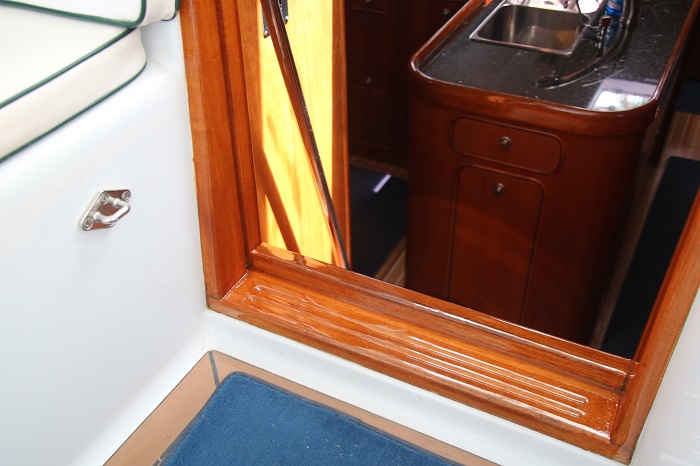 Winfield clearly takes pride in his work.  No surprises and we are very happy with how it turned out.  The bad news, now the rest of the boat looks rough by comparison.  Well, there’s always next year. 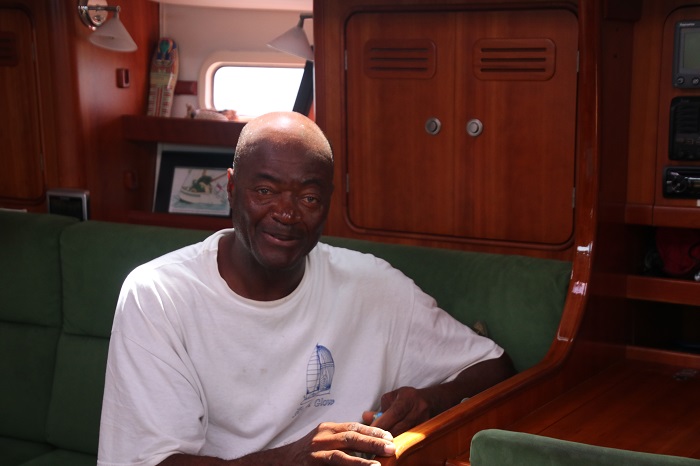 And, speaking of varnish.   I expect that this beautiful grand lady, Shemara, circa 1938, has plenty. 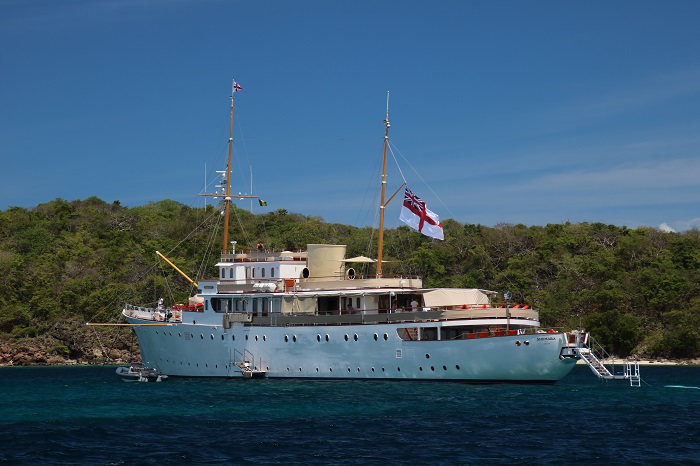 At over 200′ long she surely has plenty to keep her crew hopping.   Love the classic canoe stern.  How’s that for a swim platform? 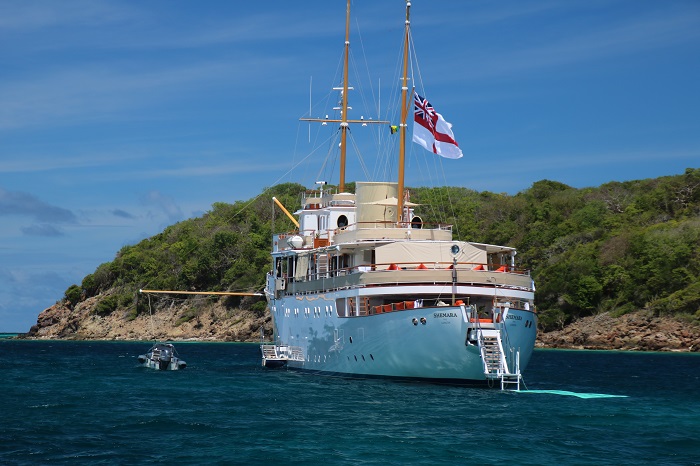 The refit consumed one million hours of labor over several years.  That’s a big number and it doesn’t even count the massive amount of “stuff” that went into the job.  She’s still a real throwback to a different era, but under her classic skin she is totally modern.  Check out this article, which I recall seeing a while back, to learn more about this magnificent yacht.  She’s got some pretty exotic systems aboard.

And speaking of modern,  this carbon cruiser, Sorceress, recently launched in South Africa, passed us smartly yesterday as we sailed from Bequia where she had been for a few days.  She’s all business.    While designed for cruising, she is a fast racer with a deep draft lifting keel.   She’s quite a boat. 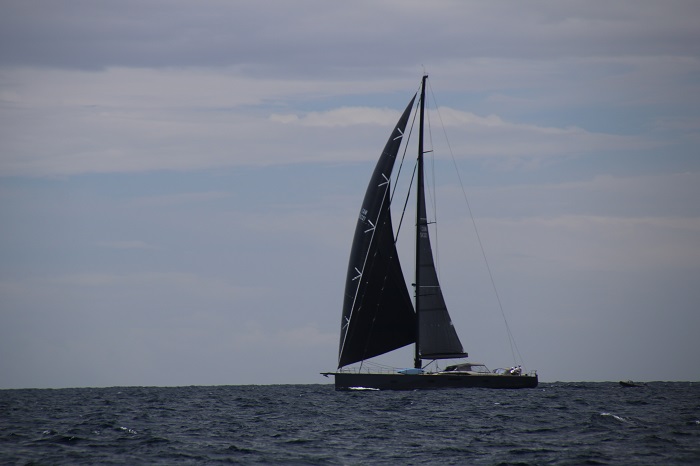 Where we are now is a national park, is protected from fishing so the reefs are teeming with fish.   Beautiful beaches too.

This morning I went snorkeling with some friends.   I took lots of photos and videos with my GoPro but, as usual, I was disappointed with the results.   Somehow, the “high resolution” is anything but.  I saw lots of turtles. 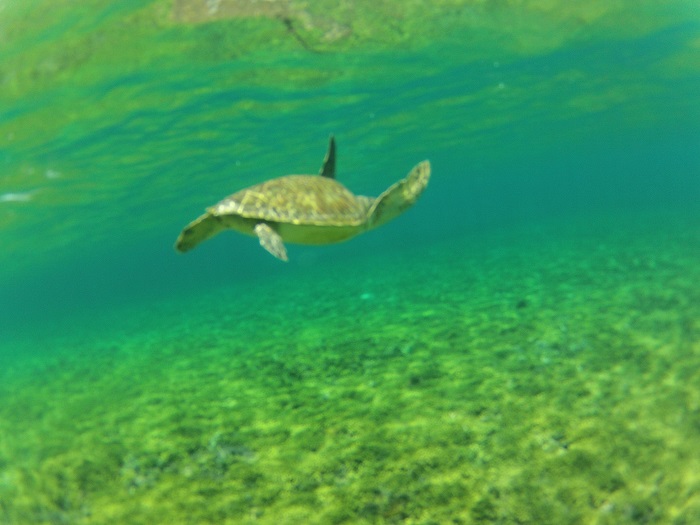 This is a beautiful spot and I expect that we will stick around for a few days and then begin our run back up to St Lucia where Brenda will head home. My friend Craig will join me there for the run to Antigua where I will meet up with my crew for the run north to CT.

So, it’s been quite a ride south but soon, it’s northbound for Pandora.

4 responses to “The final leg south. Northbound next…”