Away, finally and a visit to where it all started.

As planned, Brenda and I shoved off from Essex yesterday morning aboard Pandora.  Following a stop at the fuel dock for $4.50 per gal diesel (yikes) we headed out into Long Island Sound for our first day out on our journey to the Bahamas.  While that sounds like a daunting journey, someone suggested that we look at it as a series of day sails.  Sounds good to me.

As we were headed West yesterday I got a call from one of my oldest friends Chris Blossom , who asked if we’d like to visit Fayerweather Yacht Club in Black Rock CT for the night to hook up with him and his wife Pat.    What a terrific idea as FYC was the club that Brenda and I joined just after purchasing our very first boat, a 20′ Cape Cod catboat way back in the early 80s.

I immediately called our son Rob as well as my parents and invited them to join us at FYC for drinks and dinner.  Our friend Craig also joined us.    What a great time we had over pizza and beer.  Just like old times.  However the beers weren’t less than a dollar like when we were members.   I have to admit that I felt a bit “slow” this morning as I think that I killed some brain cells.  Hmm….

As we entered the harbor last evening around sunset, Brenda and I were struck by a massive jolt of deja-vu from the years that we had sailed a succession of boats out of that harbor.    Seeing the waterfront and light house at the entrance to the harbor brought us back some 30 years to a time when we were only in our 20s and living in Fairfield. 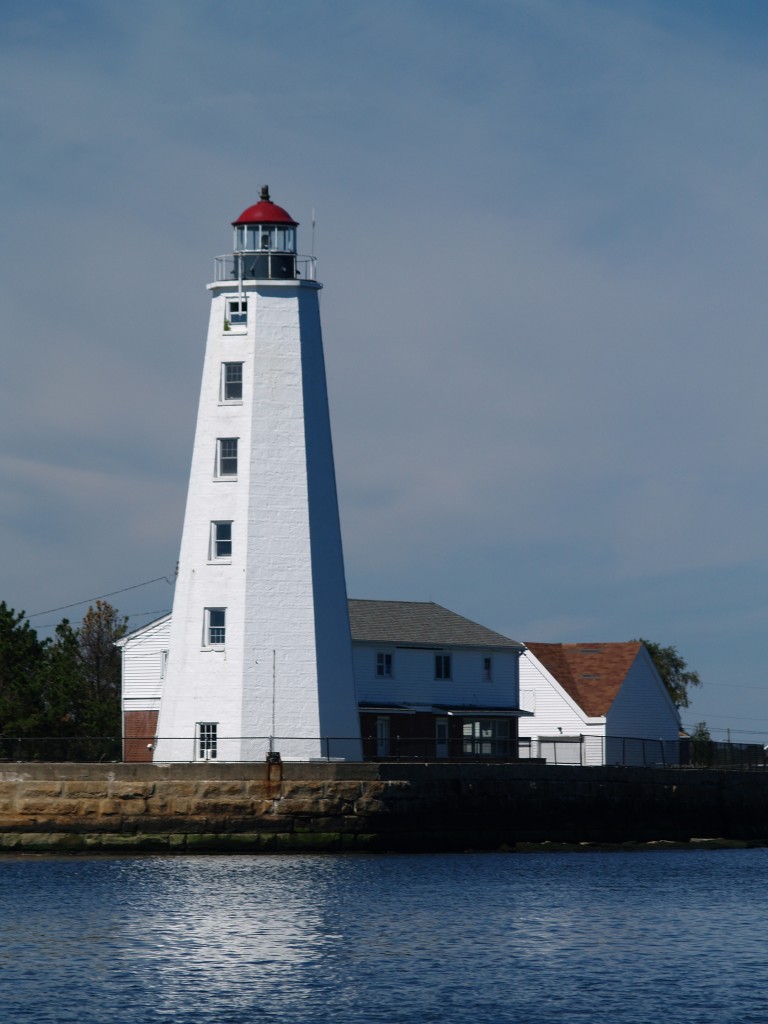 If that wasn’t jolting enough we were greeted by Chris’s grown son Travers, who runs the club launch and docks at FYC.    Here we were, aboard Pandora being greeted by the next generation and by someone who was about the same age we were when we first became members of the club.   Being the all powerful waterfront manager Travers even arranged for us to have a free night on the dock.  How wonderful.

It was only fitting that we have our photo taken aboard Pandora as we continue on with our voyage.  It seems like just a few years ago when we tied up to this same dock and headed out on voyages throughout New England.    So much has changed and yet seems very much the same.  However, the boat sure is a lot bigger. 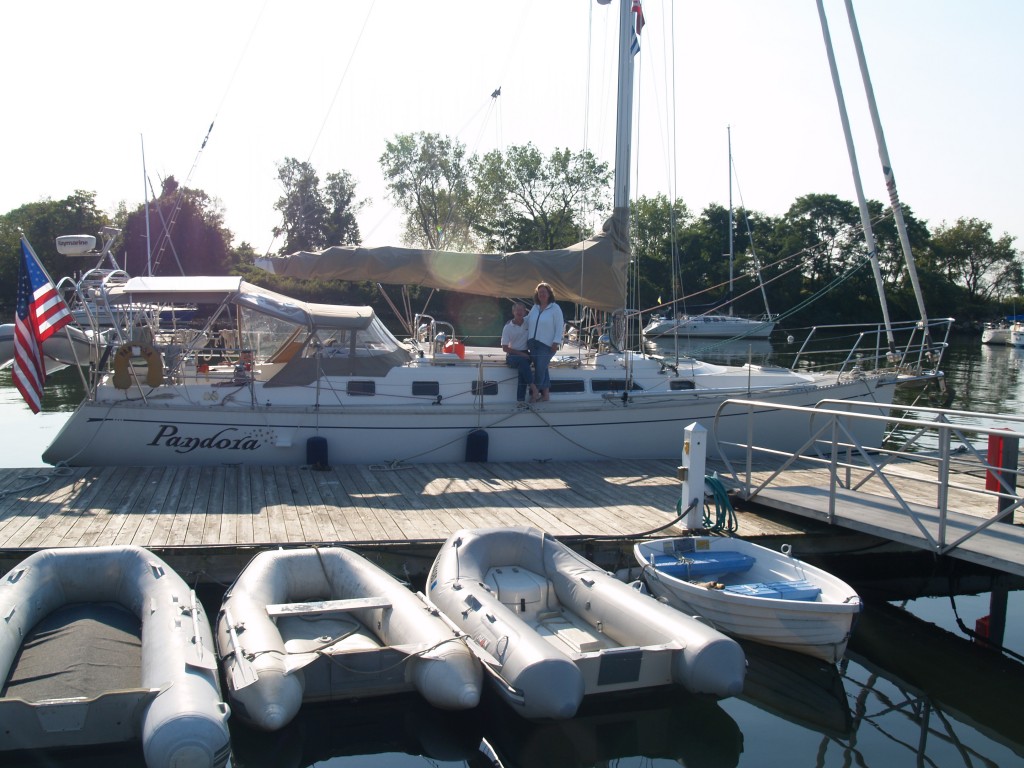 This morning our friend Chris came down to the club and joined us or coffee prior to our departure further west in Long Island Sound.  What a great way to begin this new phase of our lives some 35 years and 5 boats later.  Were are really on our way.