It’s just after 07:00 and we are underway, making our way toward the Cape Cod Canal.  The current that will carry us through to Cape Cod Bay begins a bit after 10:00 so it’s likely that we will arrive with some adverse current for a while.  The canal, built in the 30s, I think, and is about 10 miles long.   Without that engineering wonder, I doubt that many would make the trip up to Maine.  Heading all the way out to Nantucket, through Pollock Rip and up to Maine would be a pretty painful and long trip.  Besides, the currents and rough conditions that are often east of Chatham, on the “elbow” of the Cape, would dissuade most, me included, from making the trip.  The Canal is a great example of “your tax dollars at work”.  Well, at least the tax dollars of your grandparents.

Our run yesterday was about 70 miles and saw some very nice sailing, likely the only sailing that we will enjoy for the rest of the run.  It is possible that we will be able to sail a bit this afternoon but the winds are forecast to be quite light for the next few days.

The 20kt SW wind that pushed us along so nicely yesterday has died and a slight drift from the North has taken it’s place.  I was greeted by this absolutely beautiful dawn this morning.  What a sight. 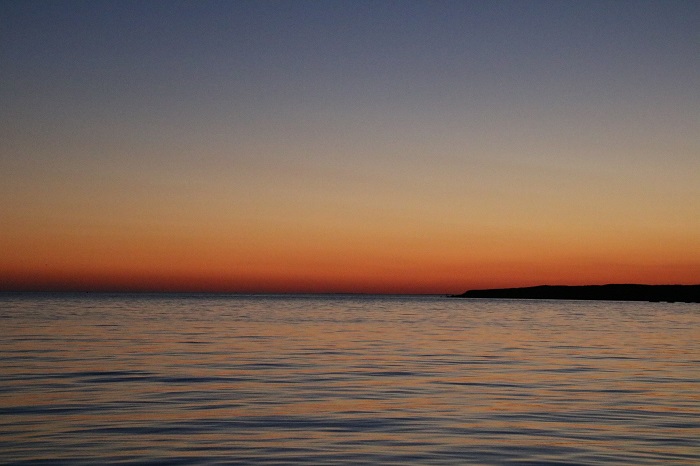 As we headed out of Cuttyhunk this morning we were greeted by the Loch Ness Monster.    Well, that’s what it looked like to me.  I am sure that you can see it, especially if you squint really, really hard.  Right? 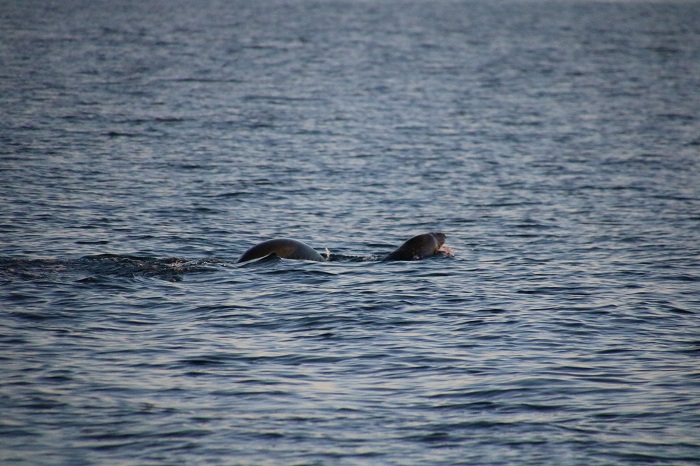 The other members of their very extended family were sleeping it off on a nearby sandbar.  I was pleased that the lovely lobster boat cut in front of me as I snapped the photo.  Try to do that twice. 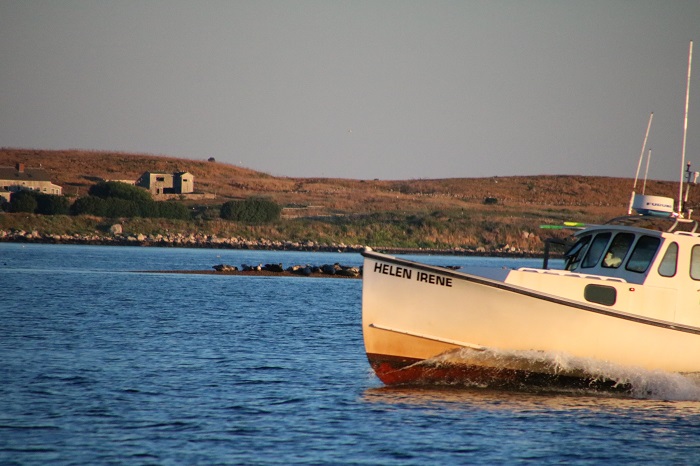 Speaking of “snapping shots”.   Our old Olympus camera finally died and after months of limping along with it in Cuba, frustrated by problems with white balance and focusing problems, we bit the bullet, and it was a pretty big bullet, and purchased a shiny new Canon.  What a piece of machinery, with a single lens really really long lens replacing the two that I had on the last camera.  This lens has image stabilization and is a whopping 16mm to 300mm in a single zoom package.   It’s remarkable to see the improved color saturation and clarity, even in rough or low light conditions.

One downside of the new camera though is that the photo files are “ginormous” at 8 megs per shot, about 3x bigger than my last camera.  I had better be pretty selective about which photos I keep on my computer or I’ll have to get a new one.  Actually, my laptop is something like 7 years old (how old is that in dog years exactly?) and was acting up already, even before I started manipulating these new massive photos.

Keping up with this “arms race of megapixels” reminds me of the first time I installed refrigeration on my Tartan 37. The massive draw of electricity that the unit needed meant that I ended up putting in a much larger battery bank and then, against my will, a high output alternator to charge them.  Those ice cubes that I “needed” to chill my gin and tonic ended up costing about $10 a piece or was that $100.  Who knows, but a nice cold G&T, or two, makes for a perfect end to a day.   And views like this one, helped along with a G&T of course, from last night… Priceless. 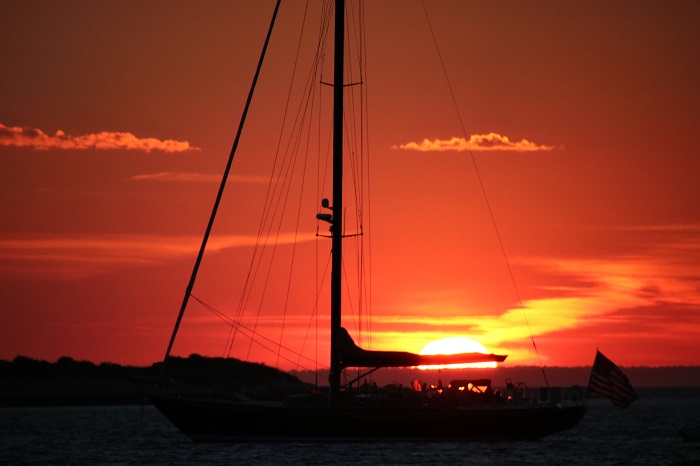 Earlier in the evening, as the sun sunk below the western horizon, the light washed over nearby Nashawena Island giving it a lovely glow. 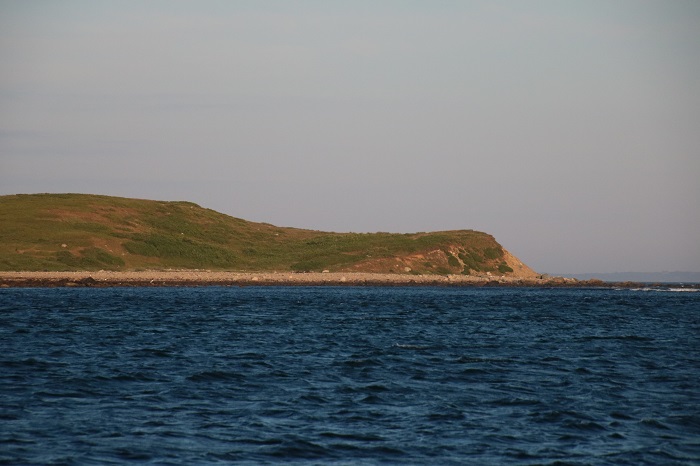 So, I expect that we will be out of cell/Internet range beginning mid-day today although we may regain service briefly as we pass Provincetown, at the tip of Cape Cod, later this afternoon.