Ok, so the shopping is done and everything is stowed in anticipation of our Monday departure for the Caribbean and crew will arrive on Saturday.    Brenda arrives today so it will be nice to see her for a bit before things get crazy.

As an aside, I am pretty happy with myself for being able to spell Caribbean.  Until recently, I thought that it had two “r”s and one “b”.  Don’t ask me how I used to spell Bahamas.   Anyway, one more word, properly spelled, in my vocabulary.  Check…

So, back to food…

One of my loyal readers, actually, I am confident that I have at least three, asked me to talk a bit about what I cook on passage so here’s a few examples.

I am not a big fan of freezing already prepared dinners for the entire trip.  This is primarily because the freezer is already filled with meat for me and Brenda to have while we are aboard so while there’s plenty for the crew that’s frozen but it’s not in aluminum pans (aluminum is yet another word that I have struggled with), which take up a lot more room and generate tons of trash that we have to carry with us.

I try to rely on simple dishes that I can make up that day.  An example is pasta with Italian sausage on some sort of short pasta.  By sauteing the sausage links in a deep sauce pan with some onions until everything is brown and setting them aside while I boil the pasta, I can use a single pan and by the time the pasta is done, the pan is pretty clean.  And, it’s a one dish diner.  Of course, we eat in bowls.

For lunch, grilled cheese or sloppy joe sandwiches from a can are good.  I think that hot meals are a must, if possible.  A breakfast favorite for crew has always been fresh biscuits.   They sound like a pain to make but I can whip them up in a few minutes.  Here’s the recipe.

Two cups of flower, a tablespoon of baking powder and a half tsp of salt along with 1/2 cup of powdered milk.  Mix the dry ingredients together.  Work in, with your fingers, a half stick of butter.  If your heart can handle more, it’s even better that way.  Work the butter in until it’s in small pea size pieces.

Preheat the oven to 450.  When the oven is hot, add in about 1 cup of water to the mix and lightly mix the mess together.   It should be fairly sticky but not slump in the bowl.   Use two spoons to scoop the soft mixture onto a cookies sheet and sprinkle with cinnamon sugar.  Bake until brown and serve hot with honey drizzled on top in a small bowl.  It makes about 8-12 depending on the size you ladle out.

The key is to use good flour.  I like King Arthur unbleached all purpose.  Also, don’t overwork the mixture once you add the water as it will make them tough.  And, finally, like the whole Goldilocks thing, don’t make the dough too soft or too firm.  It’s a practice thing.  So far, everyone asks for seconds, a good sign.

Anyway, my cooking for crew s simple and always focused on a single pan.

Another good example is to saute some sort of meat, cut it up and add the chunks to a can of vegetable soup.   It makes a sort of light stew and with the meat, is much better than just plain soup.  And, it’s easy to cook the meat in advance and add it to the soup, even frozen.

Of course, I also always have fruit and granola bars along with bite size candy out on the counter for them to munch on as they feel the urge.

Sound good?  I hope so and if the answer is yes, congratulations, you could be crew on Pandora.

On another note, since Tuesday (It’s early Friday morning) participants in the Salty Dawg Rally have been meeting several times a day to hear lectures on a variety of topics.   There was a particularly interesting one entitled “a view from the bridge” presented by a retired ship tanker.  He talked about how the “big guys” look at us little tiny sailboats and how someone on a 1000′ container ship wants to interact with us.   The simple answer is that they don’t want to run over us but it’s more complicated than that.  Anyway, you had to be there…

We meet in a place that is amusingly called the “dawg house”.  Nice size crowd and most of the crew haven’t yet arrived.  By Friday and Saturday evenings (we hope to leave on Monday) there will be about 200, nearly doubling of the group, in yesterday’s meetings.   It’s a very nice group of people. 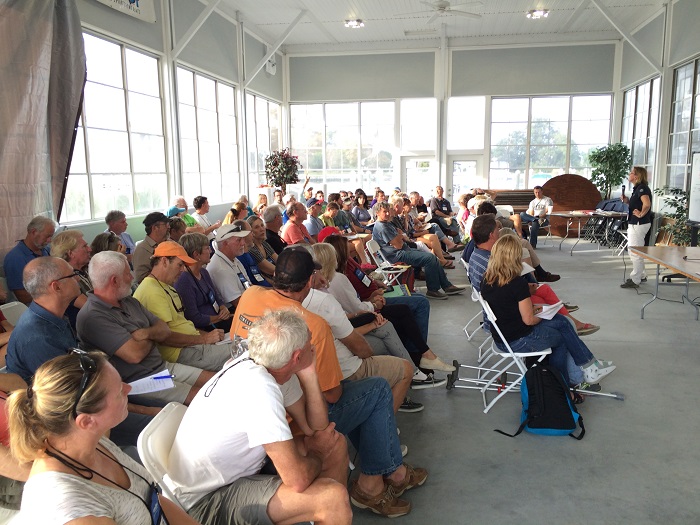 As you can imagine, the logistics for an event like this are pretty overwhelming.  And the amount of free stuff is quite impressive. They have over $6,000 of donated raffle items.  I am sure that they will sell a lot of tickets.  Of course, they have a dedicated group of volunteers.  Really great people. 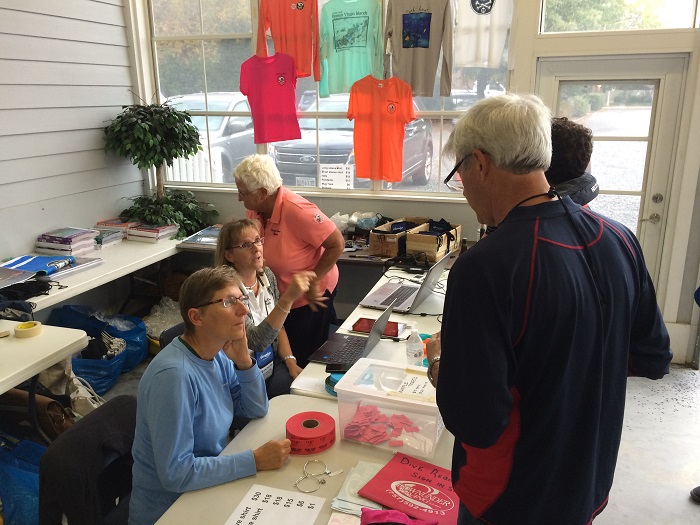 With only a few days till we depart, weather permitting, I have decided to pull off the steering pedestal and fix, hopefully once and for all, some loose bolts that continue to cause an alarming “clunk” when we are underway.  This showed up at the survey back in May but I haven’t been able to figure out how to fix it until now.  I found an exploded drawing of the system online yesterday and now I get what has to be done.  Fairly simple, he said.  Well, we’ll see.

Still asking “what’s for dinner?”.   Well, for dinner last night I had Chinese food.  Of course, the next question that follows is “what was my fortune?”  Well, I had two as they assumed that I wouldn’t be eating alone.  But I was…so I got two. 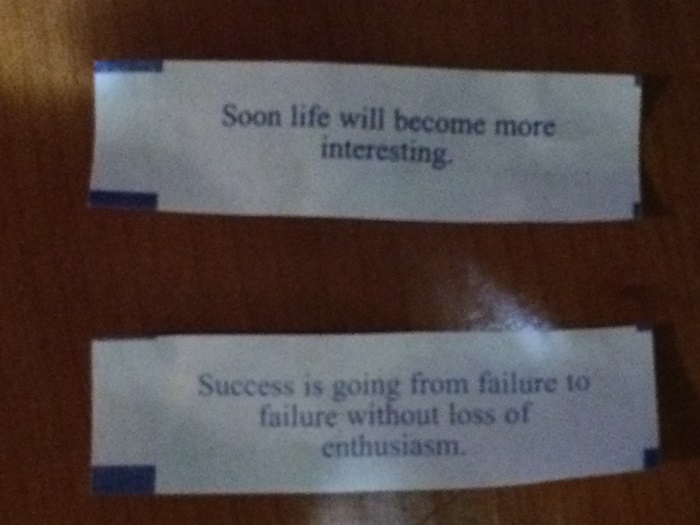 I expect that they both apply but let’s hope that life doesn’t get too “interesting”.  Not too keen on the second one, given the whole steering thing, but I am “relentlessly enthusiastic” so that’s got to count for something.

That’s all for now.  Got to get on with it, with ENTHUSIASM!.

2 responses to “What’s for dinner?”