It’s Monday afternoon and we have just returned from wondering around this wonderful little city.  The hotel where we are staying is located just on the outskirts of the old part of the city.

Interestingly, this is the home of the oldest university in Europe.   I expect that we will tour the campus tomorrow.  For now, I’d like to share a few photos of this picturesque city.

First, here’s a shot of the view from our hotel window.   Pretty nice if you ask me, even if you didn’t. 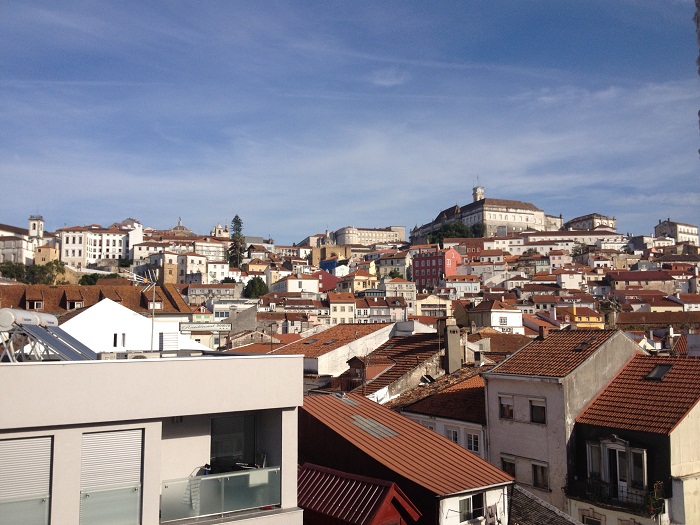 Yesterday there was a display of antique fire engines along the main street in the shopping area.  I was struck by the brands on these trucks.  I have never seen fire engines from these companies in US car shows.    Interestingly, all of the vehicles were open and folks didn’t seem at all bashful about climbing up and sitting in the drivers seat. In the US, that just isn’t done.  Don’t touch!

I loved this Packard.  I didn’t know that they made fire engines.   Actually, they probably didn’t and just sold the chassis to someone who made it into a fire engine. 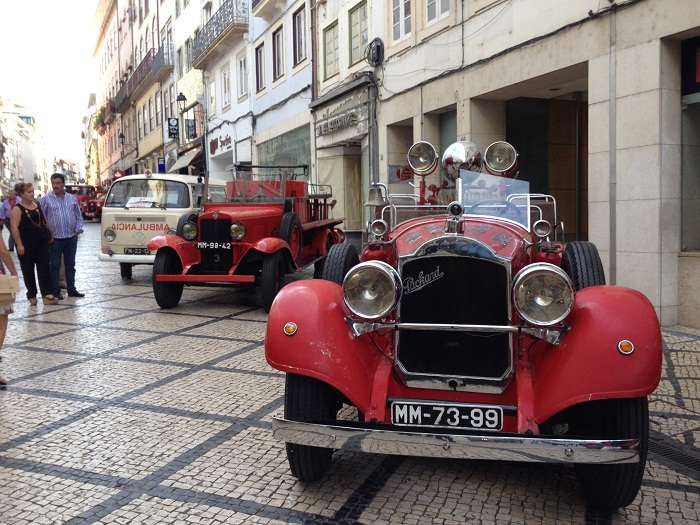 How about a Ford? 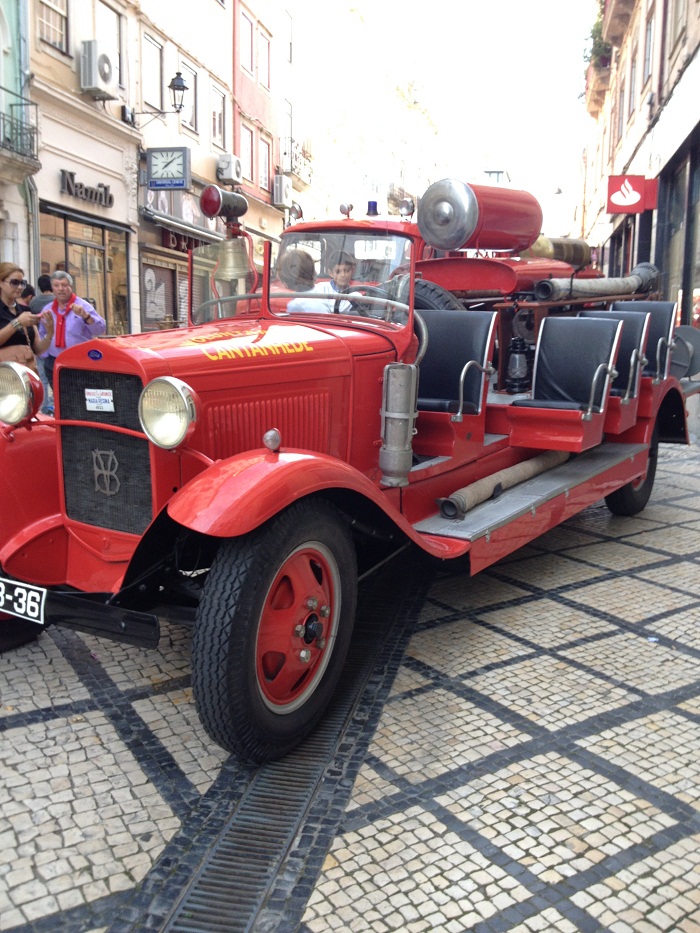 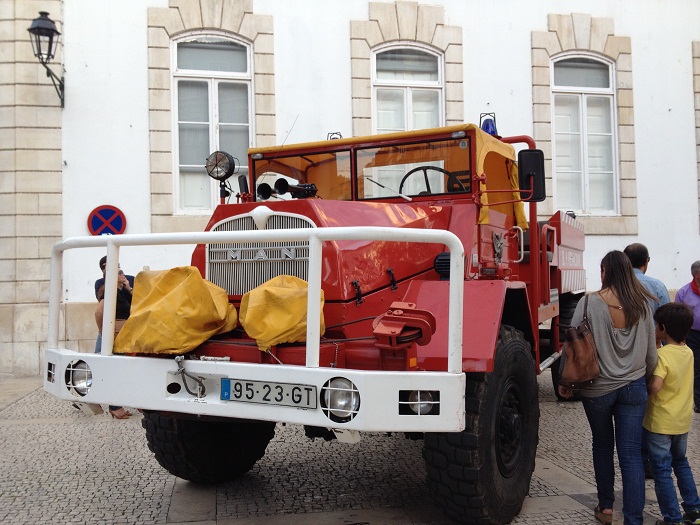 With the exception of one VW bus, the only vehicle in the group that wasn’t from the US was this Citroen.  I guess it was an ambulance. 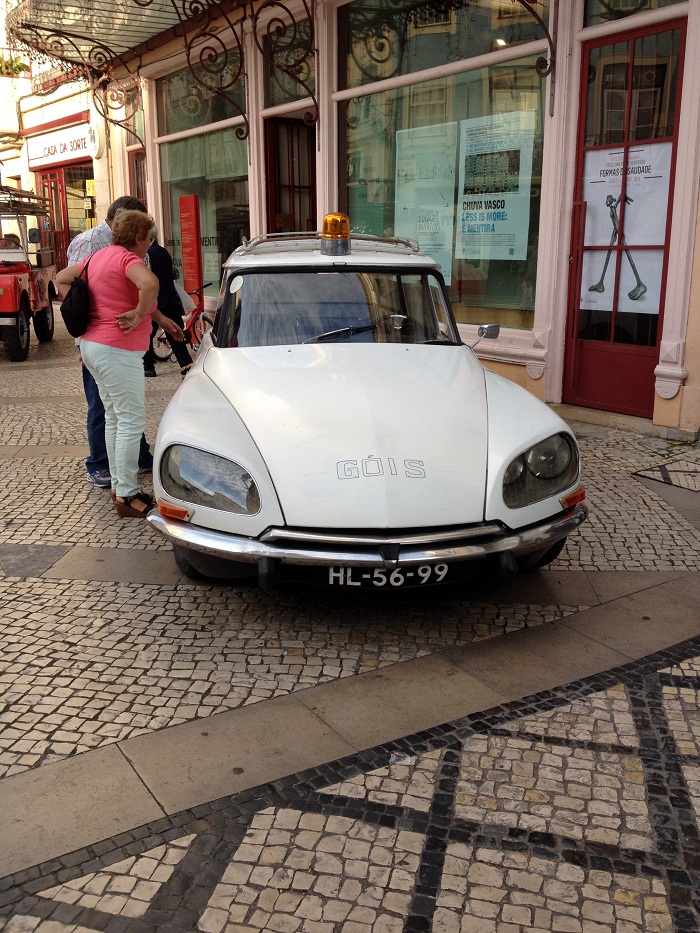 I was particularly amused by this police car.  I can’t imagine any self respecting cop in the US giving up his Crown Vic for one of these.  How would it look for one of them to get into a high speed chase with a souped up muscle car in one of these?   “He copper, want a drag?  Eat this…”  However, perhaps the bad guys would have to give up as the’d likely wet themselves when they looked in the rear view mirror. 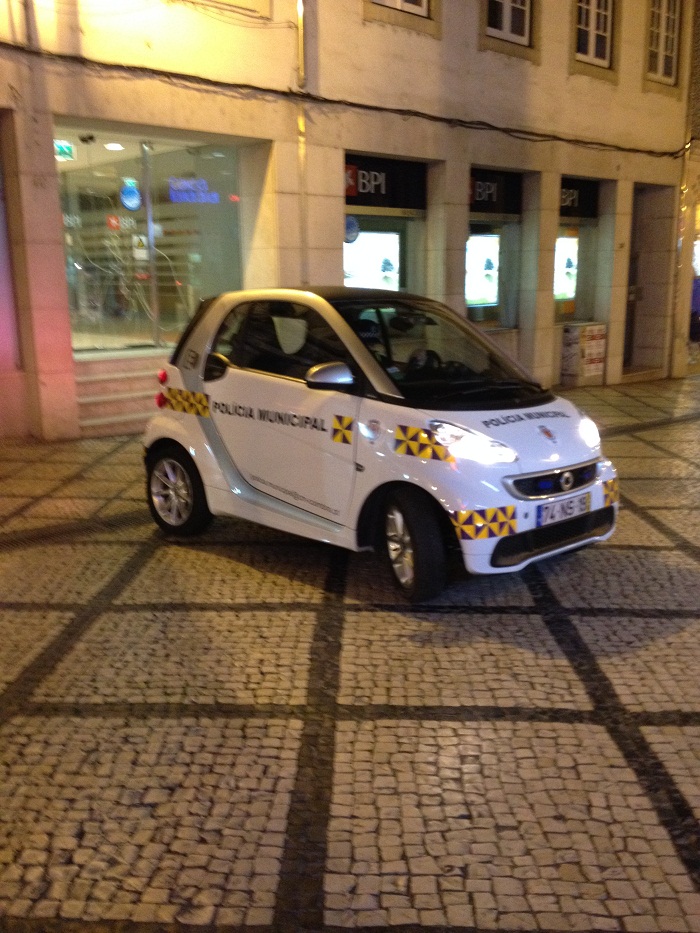 As in other cities that we have visited so far, the streets here are impossibly narrow.   I don’t think that our hulking SUVs would work well here.  Perhaps US drivers could learn a thing or two from the Portuguese about proper cars. 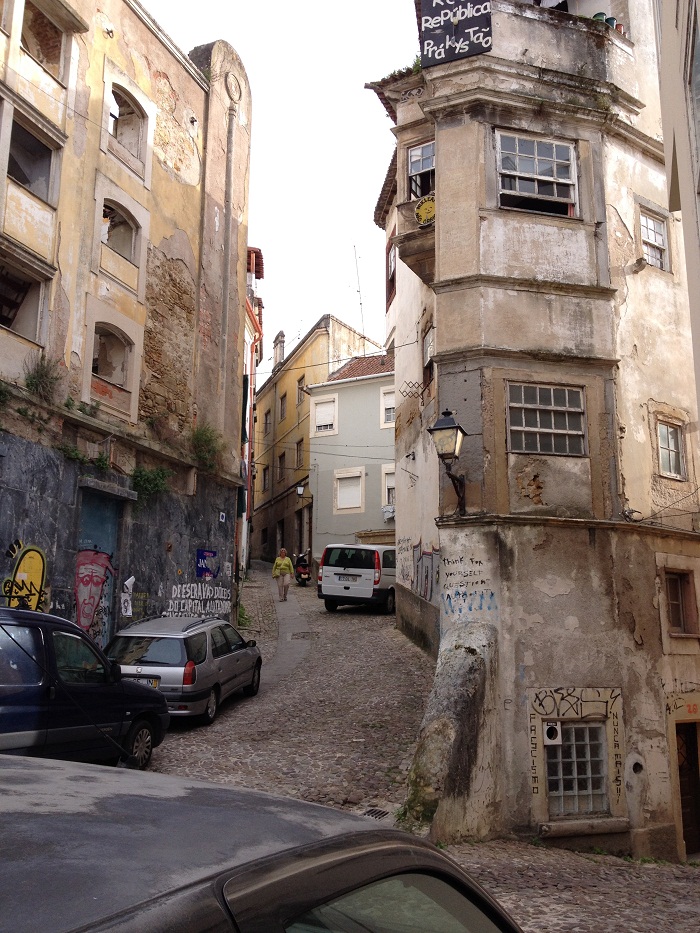 I was struck by this remarkable olive tree out behind a church.  I suspect that it’s age can be counted in thousands of years.   Well, that’s what the plaque near it seemed to suggest. 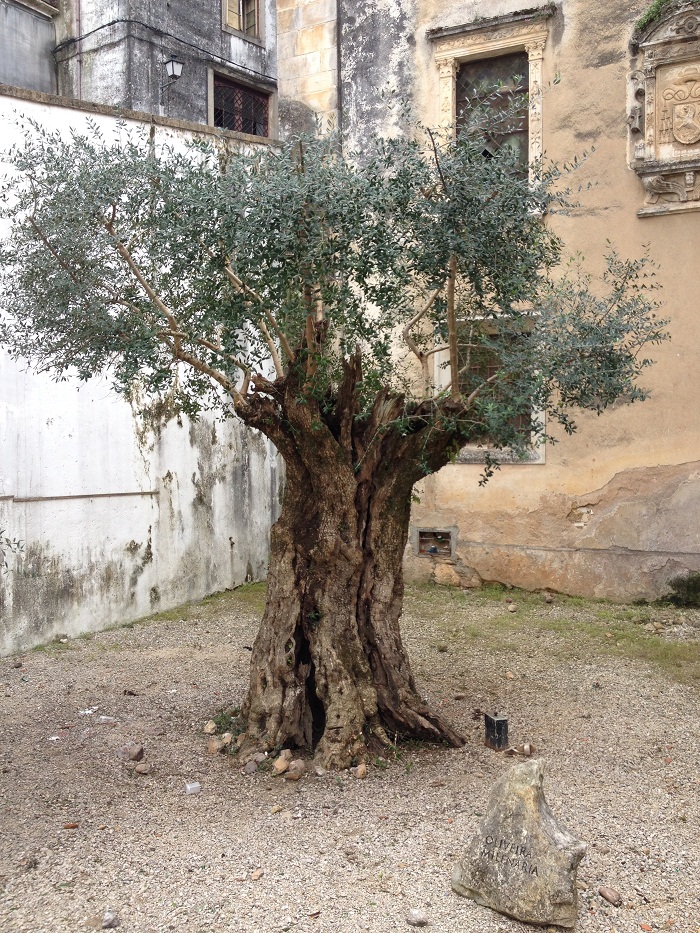 The food here is really amazing with bread everywhere that you just can’t find in the US except where it is sold as “artisanal” bread for $5.00 a loaf.  Here, the best bread ever is just well, everywhere and it’s less than one Euro a loaf.

Pastries appealing to you?   Yes, this is the place. 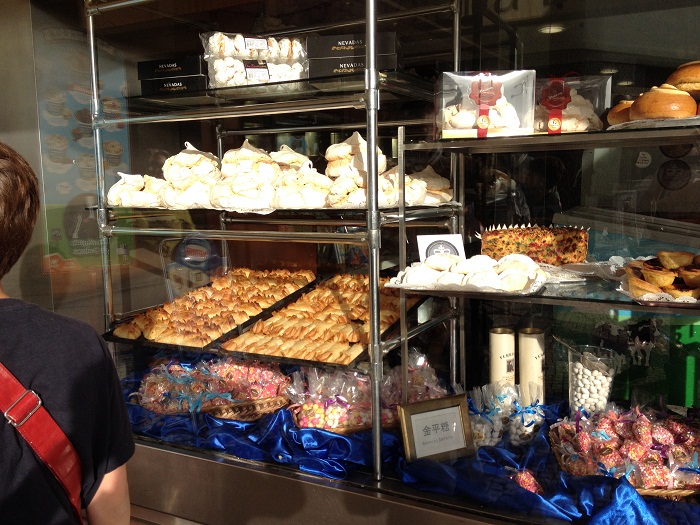 All along the narrow alleys you can see picturesque shops selling all sorts of goods. 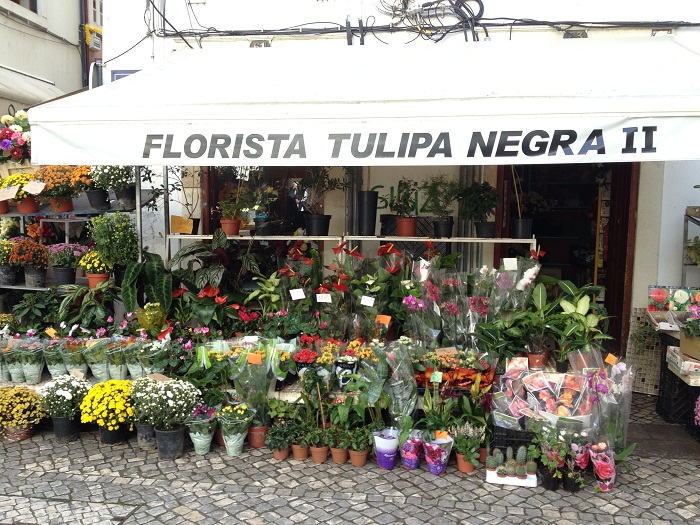 When we visited this shop to buy a bottle of wine for about 3.5 Euros, the shop keeper tried his best to tell us how terrific our choice was as it was one of the most expensive bottles of wine he had in the store.   However, some of the bottles of port were a lot more as some were from the 1930s.  Everything looked so terrific.   I wanted to buy one of everything. 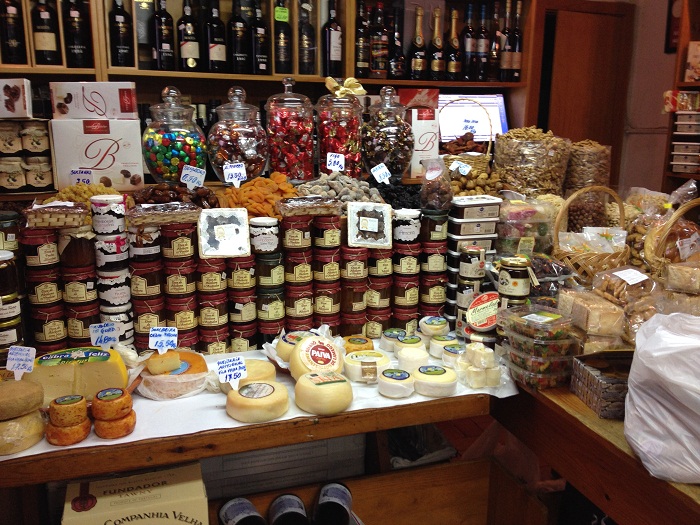 This was an interesting shop selling local pottery.  He was painting a plate with traditional designs.    After painting, it was to be fired in a kiln.  Beautiful stuff. It’s pretty clear to me that Brenda will be stuffing our luggage with some.    Can you say 50 lb maximum weight? 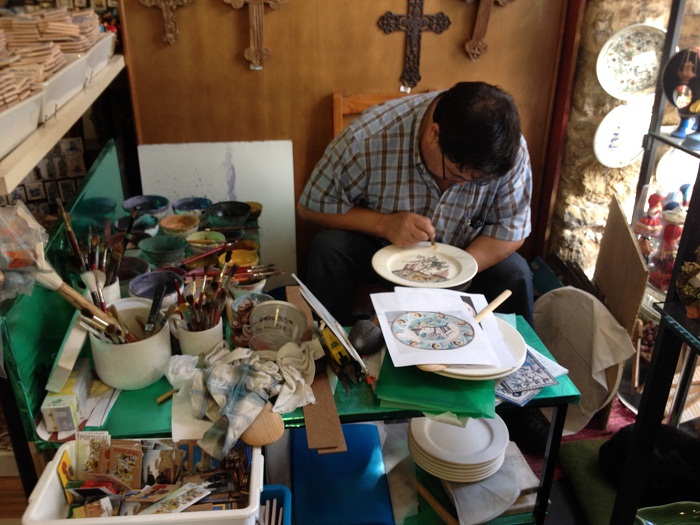 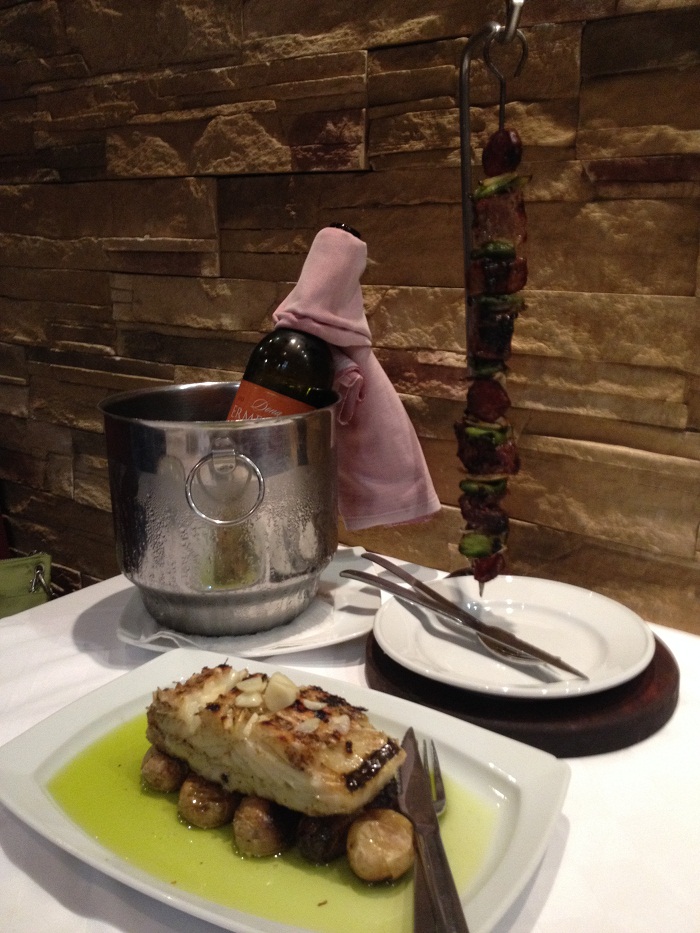 Oh yeah.  I almost forgot.   We really enjoyed our visit to Quinto do Campo, the inn in Valada dos Frades.  That was the place that was originally built some 900 years ago that I wrote about a few posts back.   We really enjoyed staying in their home.  They treated us like family and we’d love to have them visit us in the US some day.   What a nice group.  The only one of the picture that actually lives there full time is the guy in the blue shirt.   The rest of the group comes up on weekends. 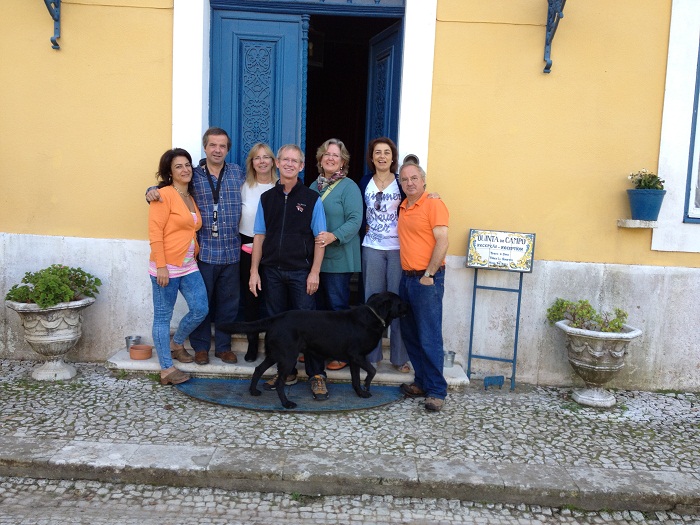 Well, I had better sign off for now.  Dinner’s coming up.

One response to “Discovering Coimbra and more hills to climb.”