I know I’m going to Annapolis but not sure when.

Well, it’s Wednesday morning and I just finished talking to Chris Parker, the weather router, about my upcoming trip to Annapolis.  I’d like to be there by next Thursday in time for the SSCA Gam but the weather forecast has been changing daily for the last week.  At one point it looked like we’d be able to leave this coming Monday with good winds to get us there in time, my first choice.  Now, it looks like that’s not in the cards and that I’ll have to leave tomorrow Thursday evening to make the run.  Yes, there might be a window on Monday but that’s nearly a week away and if the front moving east changes it’s tune, I might be stuck and unable to make the run to get there in time.

Unfortunately, Brenda’s away this week at a tapestry weaving workshop in Rockport, MA and I had hoped to see her for a few days prior to my departure as I’ll be heading to GA after the Gam and that will keep me away from her for too long.  Alas, nothing is simple.

Complicating things further, nailing down crew, with their own shifting commitments has been tough and each time the weather changes, so does crew.  Sadly, this is the nature of using crew and it’s even more complicated in the fall as I need winds from the north, which only come through when there is a front, which never seems to last long enough or is too strong to make for a decent window.  Oh, the trials of being a “snow bird”.   Feel sorry for me, if you can.

The good news is that Pandora is finally ready and almost totally provisioned for the run, whenever we leave.   More on that later today when I make my calls to crew.  Hopefully, I won’t be reduced to begging.

Yesterday I did a lot of running around to get the final details of my new anchor installation in order.  I have had a Bruce anchor, the one that came with Pandora, for years and after two winters in the Bahamas and the frustrations of trying to anchor with the Bruce,  I decided to replace it with one of the “modern” types.  The fact that I bent the shaft on the Bruce last winter did provide an “incentive” to finally deal with the anchoring problem.   It’s amazing how much it bent, actually.  At the time I wrote about what happened in this post. 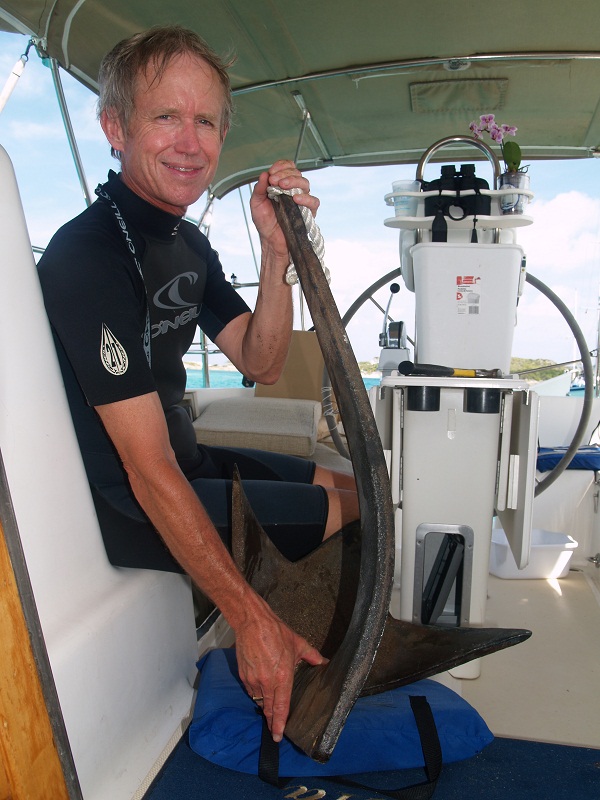 Bruce anchors were popular for many years but they, like all anchors, have limitations.  In the Bahamas, with lots of firm bottoms and grassy areas, the Bruce has a particularly tough time digging in.  My friend Dick has an amusing saying for boats that drag their anchor on a windy night, “if it’s loose, it must be a Bruce”. Well put Dick.

So, time for a new anchor.  After much review (wading through it actually) of info on the Internet I had narrowed down to two types, a Spade or Rocna, neither of which would fit on the bow roller that Pandora currently has.   As I have spoken to quite a few folks about their anchors (there’s plenty of opinion about anchors out there) the Rocna seems to be an excellent choice and the folks that have them seem to love them.  I understand that they are particularly good in weed, perhaps the toughest bottom type to deal with.   The problem with testing anchors is that there are many different bottom conditions that can effect anchoring efficiency and it’s hard to cover them all in a single test.  Having said that, Bill Springer’s blog had a review of a very well thought out anchor test that he and others, had conducted. The results do show that the Rocna performs very well.  So, I bought one.

That’s the good news.  The bad news is that it didn’t fit Pandora’s roller.  What to do…

I have been thinking about a possible modification of the roller for sometime and here’s what I settled on.  I think it’s pretty neat.   The idea is to have an attachment that will hinge up and support the anchor when it’s needs to be secured and yet drop will down to deploy when I am anchored.

The problem is that the Rocna anchor just wouldn’t go far up into the roller as the shank of the would not fit.  Here’s what It looks like when it “won’t fit”.  Not too elegant. 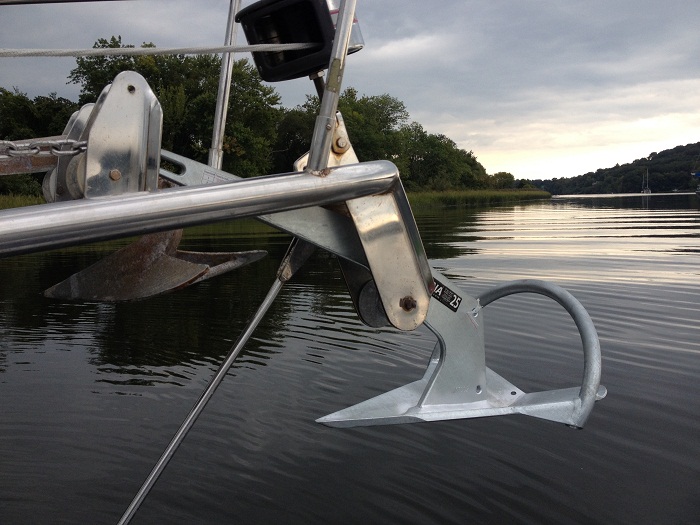 So, first, I had a local machine shop drill some holes in some bar stock so I could try a number of configurations.    When I pulled it into position, it seemed to work just fine. 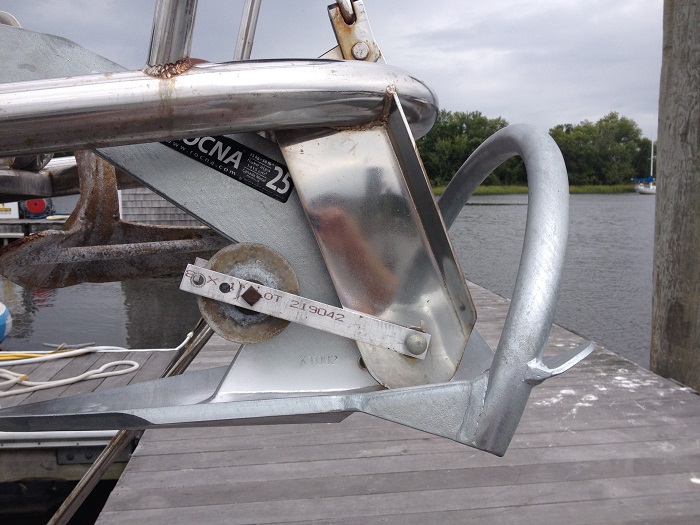 Then I made a cardboard template for the machinist so he’d know what I wanted.  That took a few hours of head scratching to get it just right.   Then I went back the next day and measured all over again.   The machinist was to make it out of 1/4″ stainless steel with a bent leading edge so that the chain would pass through it easily. 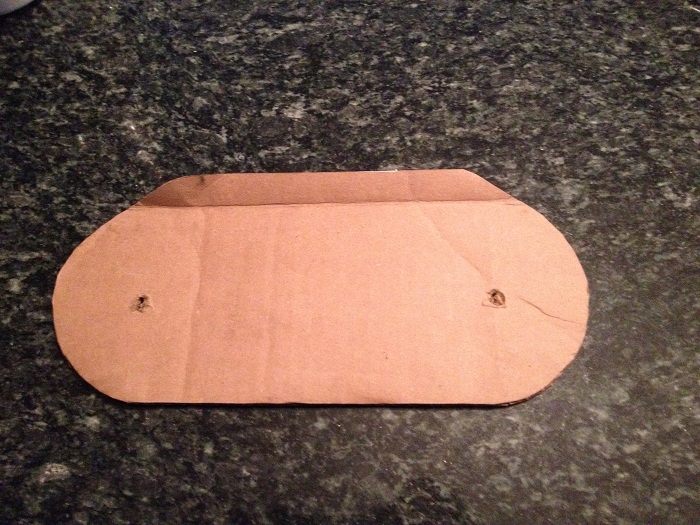 Of to the machinist.  They turned out great.  Then I took them to a metal finishing shop to have them cleaned up and polished.  Not as shiny as I’d  like but still pretty slick. 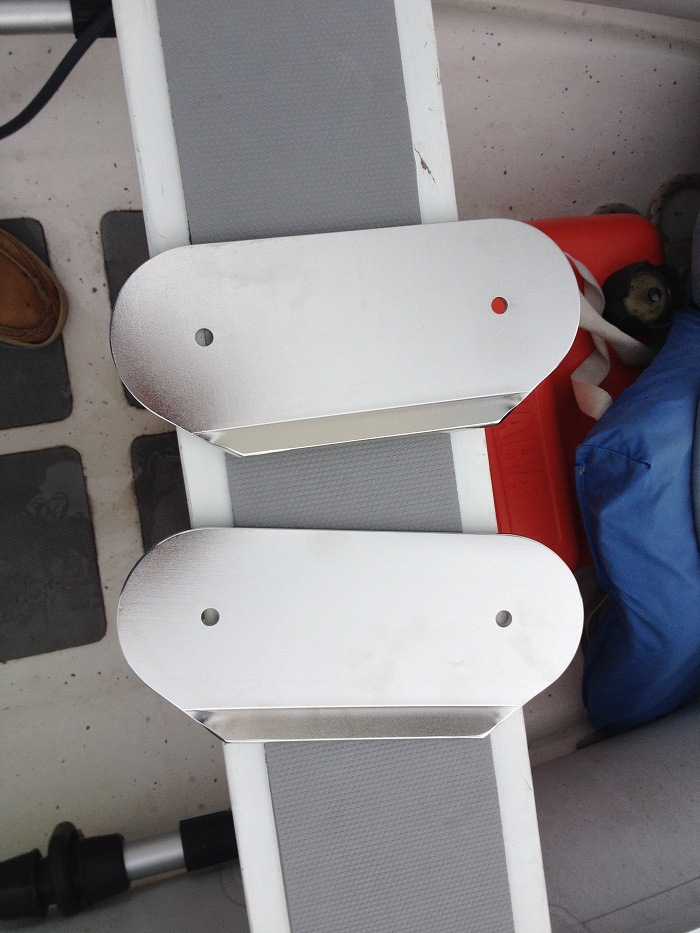 After a few attempts to get the bolt setup just right, here’s the finished deal.  Anchor down. 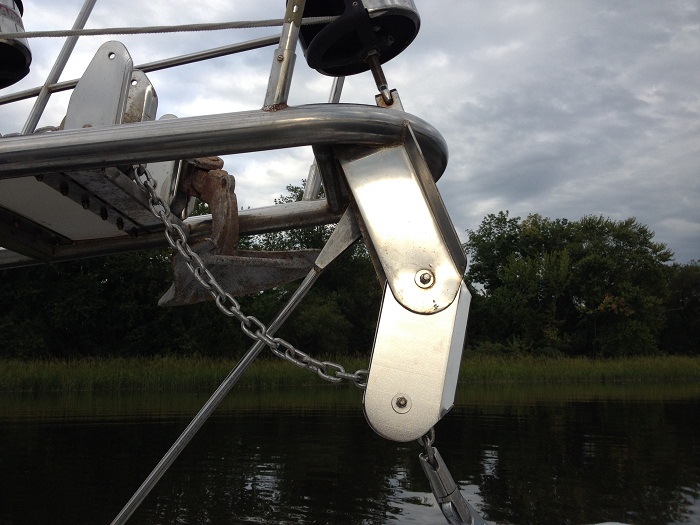 And now, in place and secure.  I like it a lot. 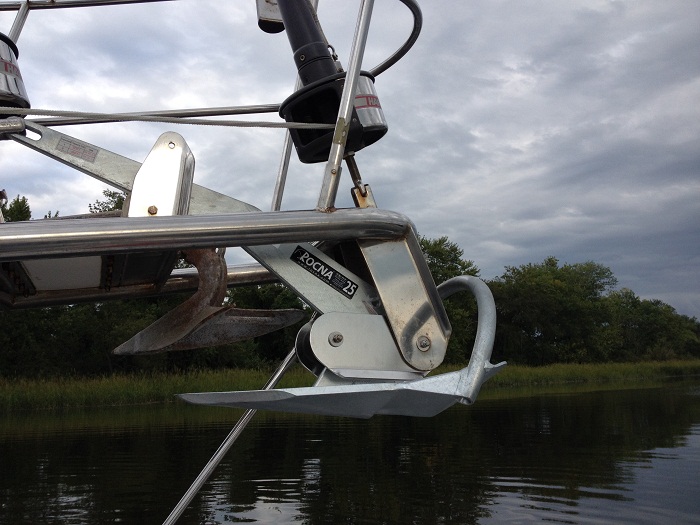 My only fear is that the extension might bend.  We’ll have to see.  The 1/4″ steel with the bent lip is pretty tough but only time will tell.

So, now I am ready to go, nearly.  Wish me luck with crew and weather.  I do want to sail, of course.   Not too much wind please…

Enough with blogging. Time to “get the lead out’ and get on with my day.

One response to “I know I’m going to Annapolis but not sure when.”