Ocean sailing just isn’t just a walk in the park.

Many of the boats that are heading to Antigua this year in the Salty Dawg Rally are getting close and it looks like the wind that they face from now on will be fairly steady in the high teens and just forward of the beam.  Conditions are pretty sporty but at least they are heading toward their destination.

Last fall it took me 11 days to make the run and for several days we were heading due east, never getting closer to Antigua, something that I found to be extremely frustrating.   For us the problem was not enough wind and persistent SE winds that made it tough to head in the direction we wanted to go.

However, rough or not, well not too rough, I would definitely prefer to be heading in the right direction and not toward some imaginary waypoint somewhere to the east, waiting and hoping for a favorable wind shift.

This year’s run has indeed had it’s share of challenges but it is nice to see that the bulk of the fleet is doing well and heading in the right direction.   Unfortunately, there are always a few that are unlucky enough to break stuff along the way and this year is no different.  One boat developed a crack in a crash bulkhead and is now in Bermuda having the damage diagnosed.  While I have had plenty of stuff break on passage I have never had to deal with structural issues, but whenever I am on passage, I have always worried about something big failing, especially when I am hundreds of miles from anywhere.

And speaking of being miles from anywhere, I happened upon this video of the always flamboyant ocean racer, Alex Thompson of Hugo Boss, who is competing in the Vendee Globe.   In this video I was struck by the spartan interior of his yacht.  Aboard Pandora, I worry a lot about salt getting down below.  A simple spray with a hose would clean up both Alex and his boat.  Even this early in the race the fleet has already encountered conditions that are worse than most of us will ever see.

The communication technology aboard these boats is amazing.  In the case of Hugo Boss, based on how the video angles are shown, it appears that Alex has multiple cameras on board.  Pretty sophisticated stuff.  And, I guess he has plenty of bandwidth to send it out. As these powerful machines, each with only a single person on board, make their way around the world non-stop, it will be interesting to see how things develop and how much stuff breaks.  There is no way that I could do such a voyage if for no other reason than I can not bear to be alone for that amount of time, much less endure the continual discomfort.  No full enclosure on these boats.   See Brenda, it could be worse.

And speaking of the boats competing in this remarkable race, this video gives an excellent overview of what makes these boats tick.  The increasing sophistication of ocean racing today and the idea of foiling along at super-fast speeds, makes me wonder and it seems that others are wondering too.

There many will be watching to see if these boats will hold together when things get really rough or they encounter “things that go bump in the night”. I mention all of this as my boat Pandora, launched in 2007,  is considered a pretty fast ocean cruiser and yet she is a total sloth when compared with some of the more modern cruising boats, much less the super exotic boats in the Vendee Globe. 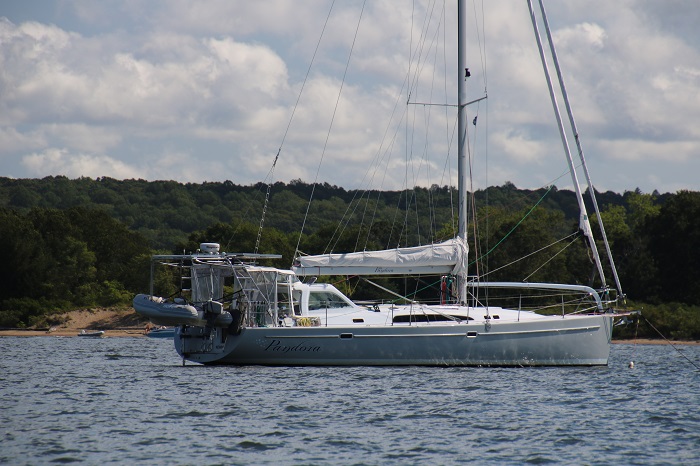 Here’s a large part of the fleet as of today, Thursday morning, north and east of Puerto Rico.  The bulk of the fleet is still days away from arriving in Antigua but are moving along well.  I would be quite happy to be aboard Pandora and moving along with this group about now, with good if brisk sailing on a direct run to Antigua. 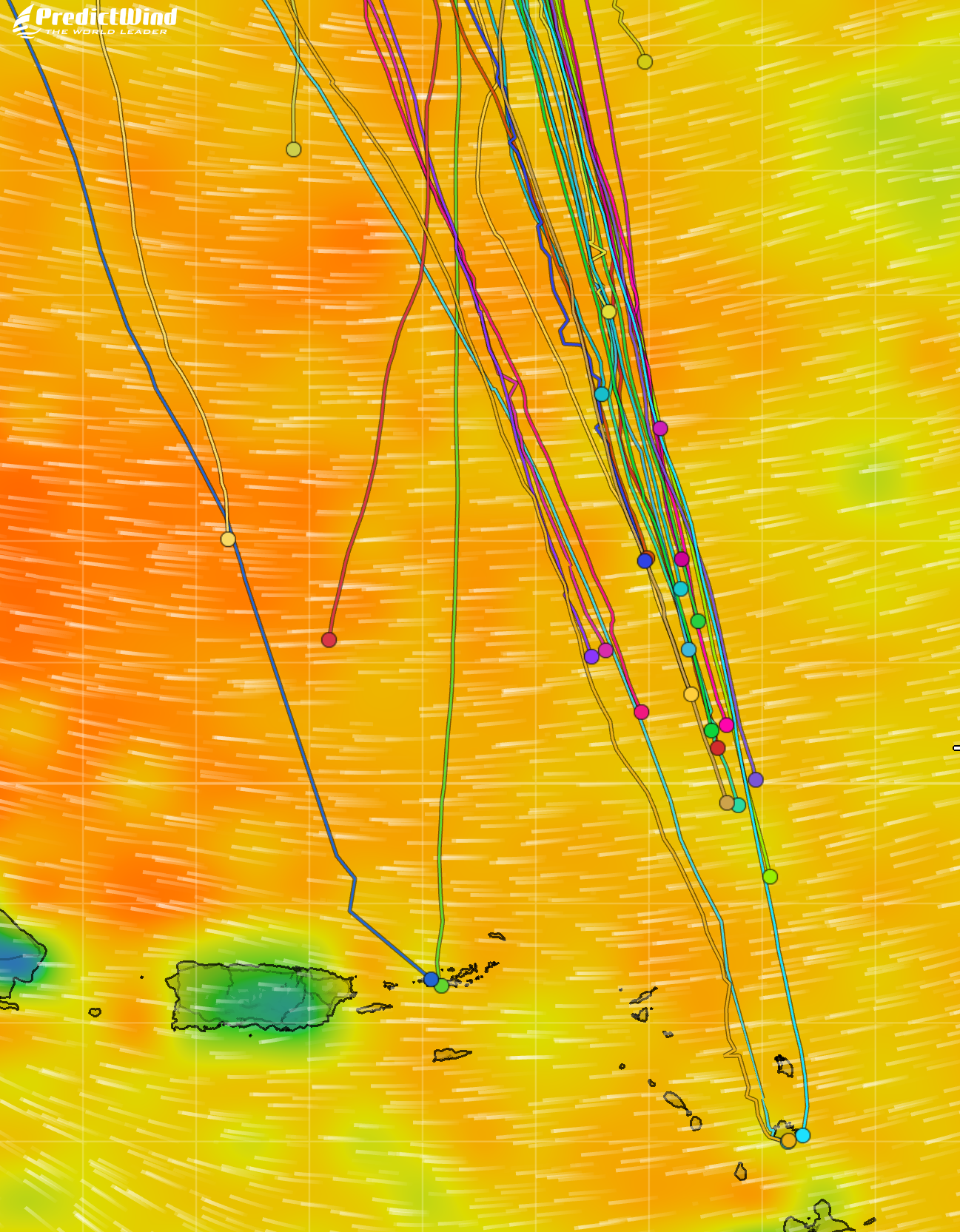 And, when it comes to crew, the bulk of boats in the rally take on extra hands for the run.  Remarkably, Iain on Fatjax, a go-fast carbon flyer, made his run as a single hander and arrived only a week after leaving Hampton, a remarkable accomplishment.  I caught up with Iain earlier today on a call and learned more about him and Fatjax.  I’ll be sharing what we talked about in a few days so stay tuned.   For now, here’s a shot of Fatjax anchored in English Harbor awaiting clearance. 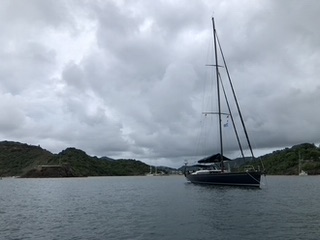 Ocean voyaging is a big deal and to sail alone around the world, like the boats competing in the Vendee Globe, especially without stopping, is a very big deal.

An interesting fact is that more people have been up in space than than have sailed around the world alone.  It says something about how tough you have to be to accomplish such a feat.  Sure, Hampton to Antigua alone isn’t quite like circumnavigating but it’s still a big deal, especially for mere mortals like me.

One thing for sure is that the Vendee Globe and even the Salty Dawg Rally to Antigua, single handed or not, isn’t just a walk in the park.

Ocean sailing is a pretty big deal, if you ask me.