Yikes, it’s hot.  Really hot.  Today it was in the 90s and really humid.    Here’s an idea!  I’ll head out to Block Island where it’s cooler.  Yes, that’s what I will do and will do so with my good friend Craig is headed up to Mystic on Friday morning to meet me for three days aboard Pandora.  While the weather is supposed to cool down a bit here in Essex, it looks like Block will be considerably cooler, in the mid 80s.  I am counting on it.

Speaking of time aboard Pandora (I thought that you would never ask) Brenda and I had a nice couple of days aboard last weekend when we headed out to Watch Hill and Fisher’s Island for a short but nice cruise.

On Monday we lunched at the Ocean House, a great spot that I wrote about in my last post.   What a pretty place.   And yes, Muffy and all her pals were very much in evidence enjoying lunch prior to a rousing game of bridge.  I do know that bridge is a very popular game but I haven’t a clue as to what it is all about.  In any event, the bridge set at Ocean House looked pretty well healed and fresh into town from Boca, if you must know.

Speaking of proper togs, to stretch the point a bit further, one of my boys gave me this great ensign for Christmas last year.  It’s nearly 6′ long.  Don’t look too hard at my stainless flag staff.  Besides, it’s the flag that’s worth noting.  Don’t you just hate the wimpy flags that you see on some boats? 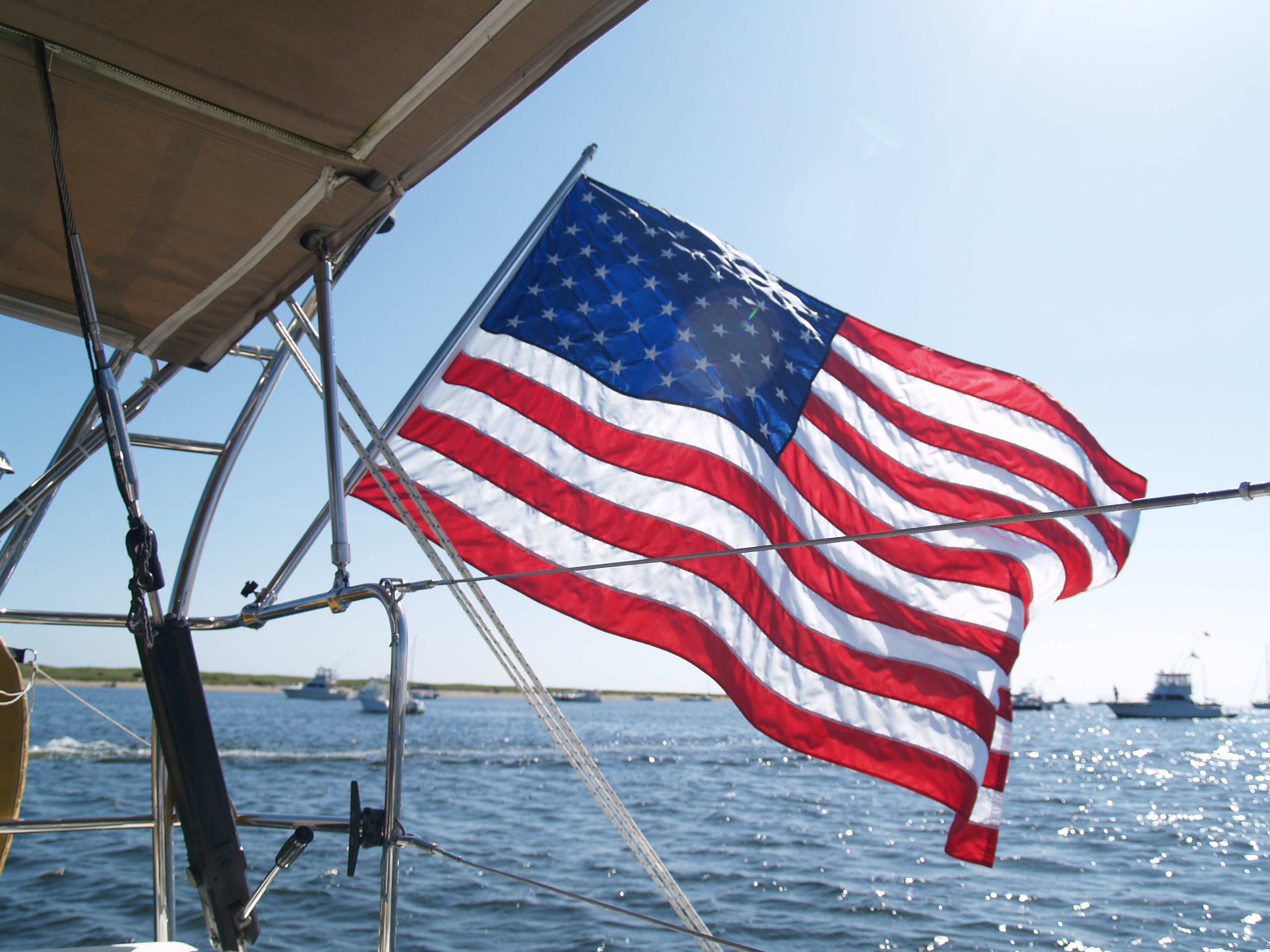 Speaking of a properly fitted yacht.  I spied this cruiser next to us in the anchorage at Watch Hill.  They are out of Mystic.  What great lines.  Very nice in a world of top-heavy Tupperware cruisers. 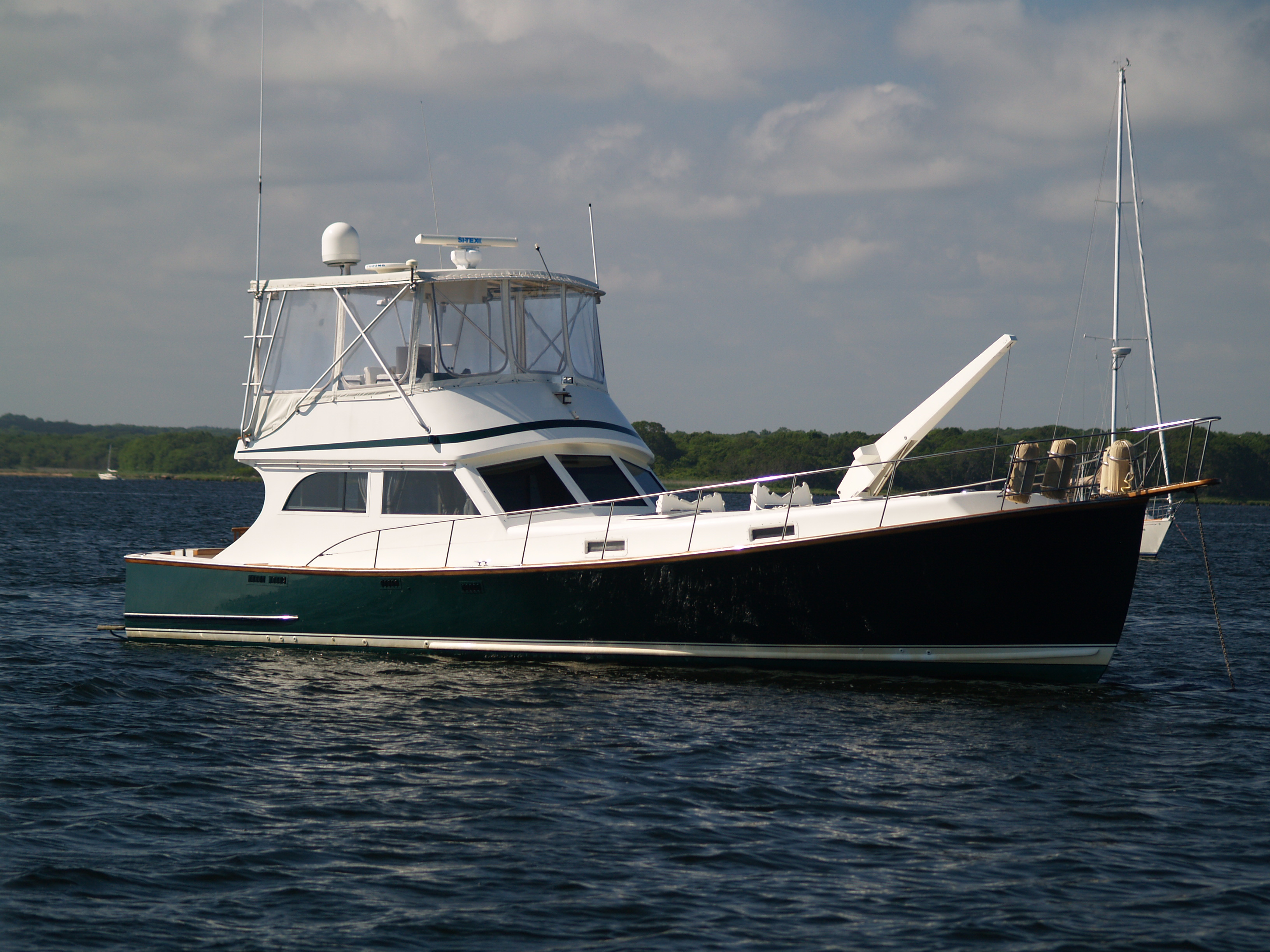 We went for a walk along the water and out to the coast guard station.  I can’t tell you how magnificent the homes with this view are.  Hard to believe that most are only occupied for a few months, or less, a year.  Yes, firmly ensconced in the .0001%. 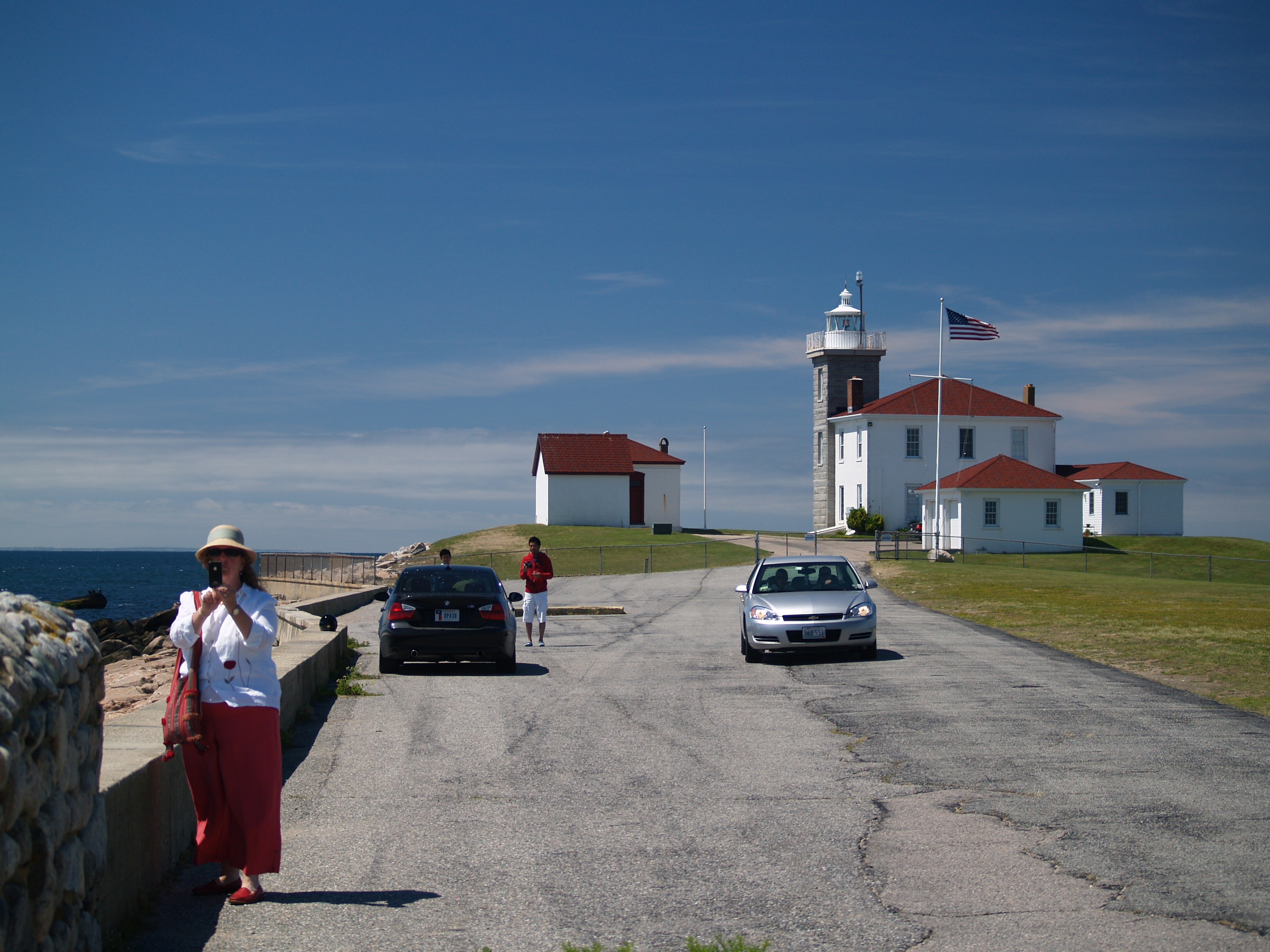 The light house is very picturesque.  So nice in fact, that I have to include a close up just to be sure that it’s as nice as it looks from a distance.   Yes, just as nice. 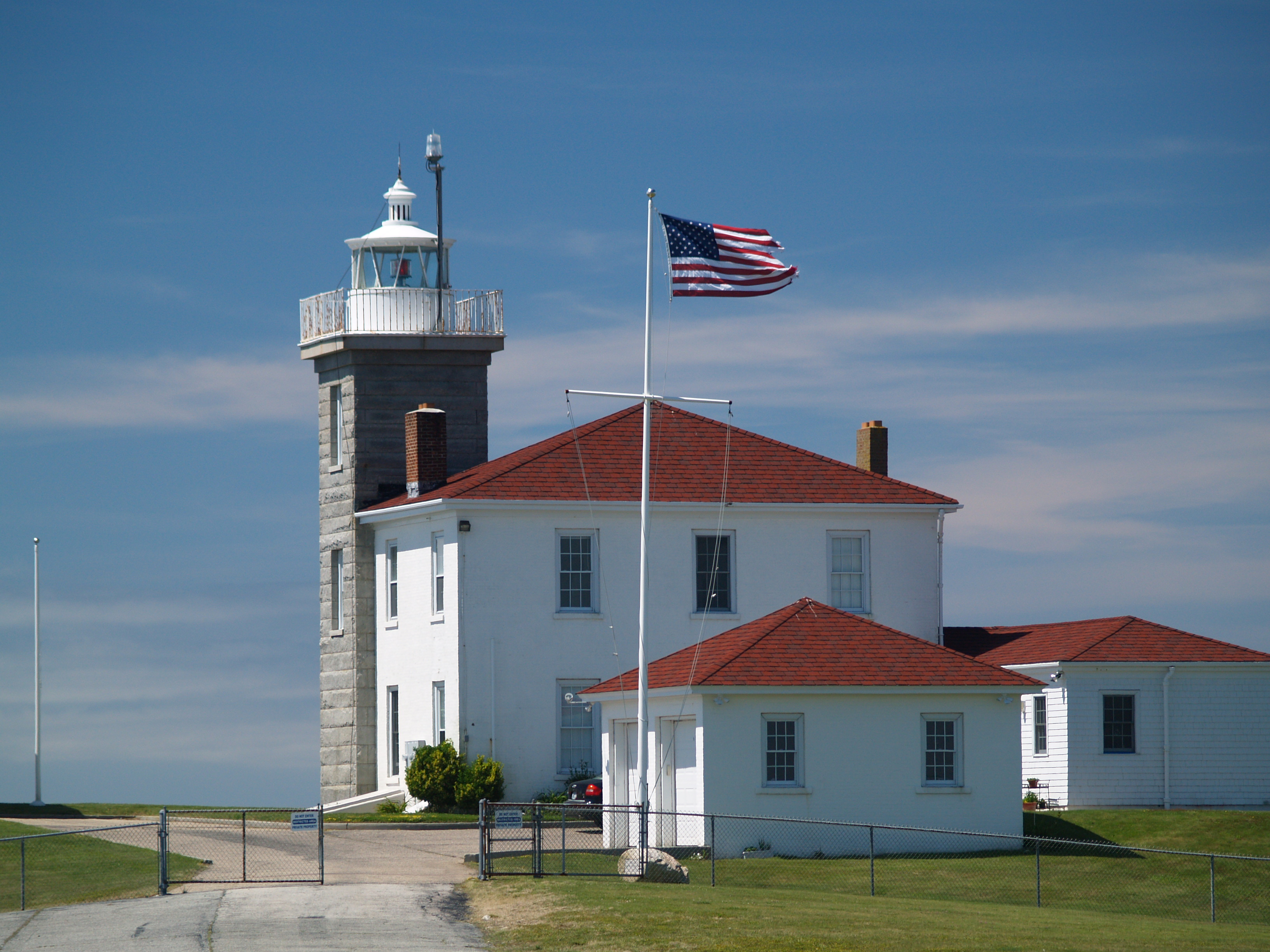 After leaving Watch Hill we headed over the Fisher’s Island.  Fisher’s is probably one of the most expensive place to live on the east coast.  And that’s for a summer home.  Catch a look at this pad.  What is it that they say about people who live in glass houses?   Also, how do they get the trees to grown square?   Is that what they call a box wood?   Hmm… 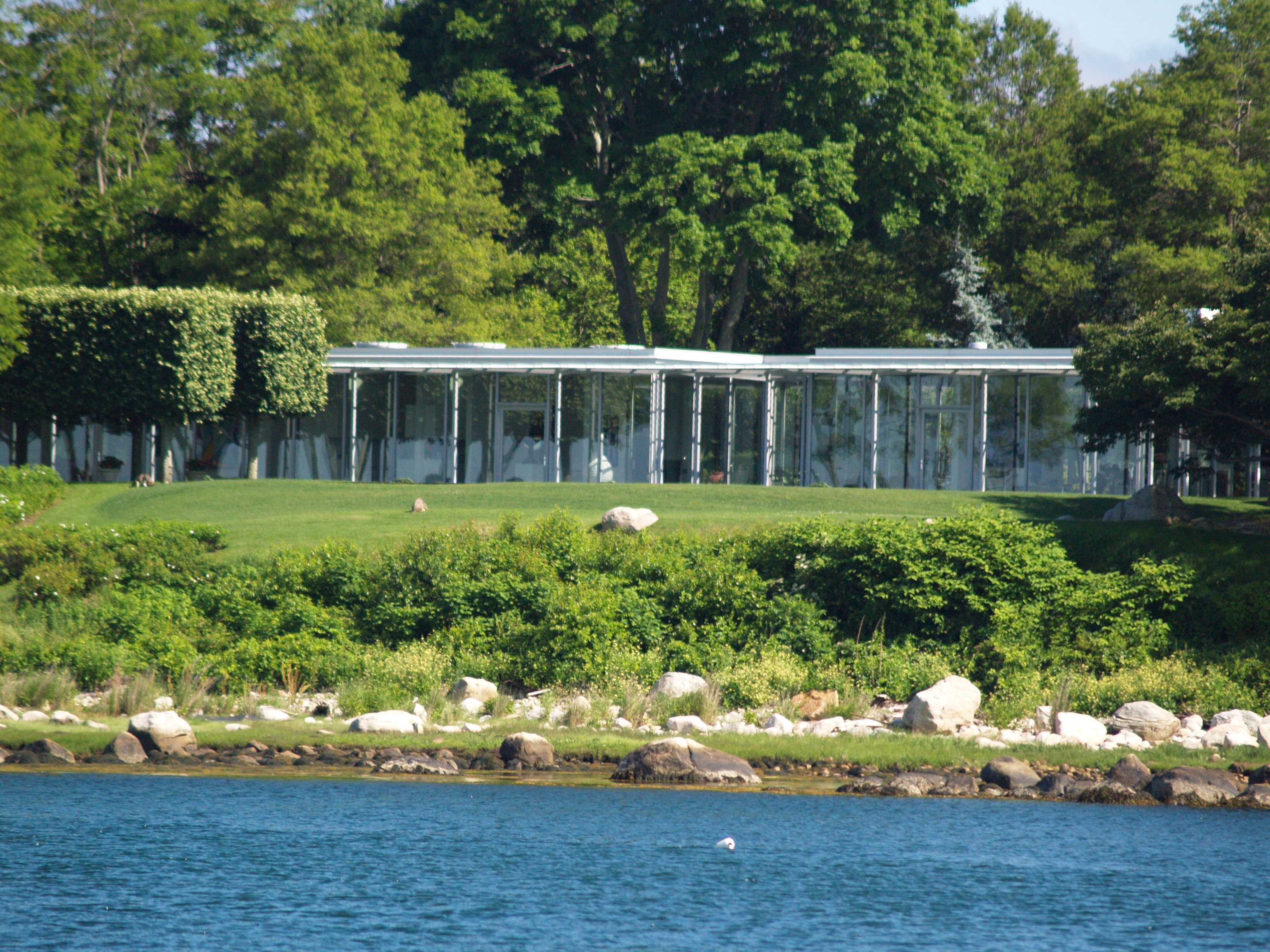 I’ll probably get in trouble for putting in this shot of my friend’s anchor windlass, lass.   I had a pair of these once but they went off to college.  Now this is dedication from our friend, who will remain nameless. 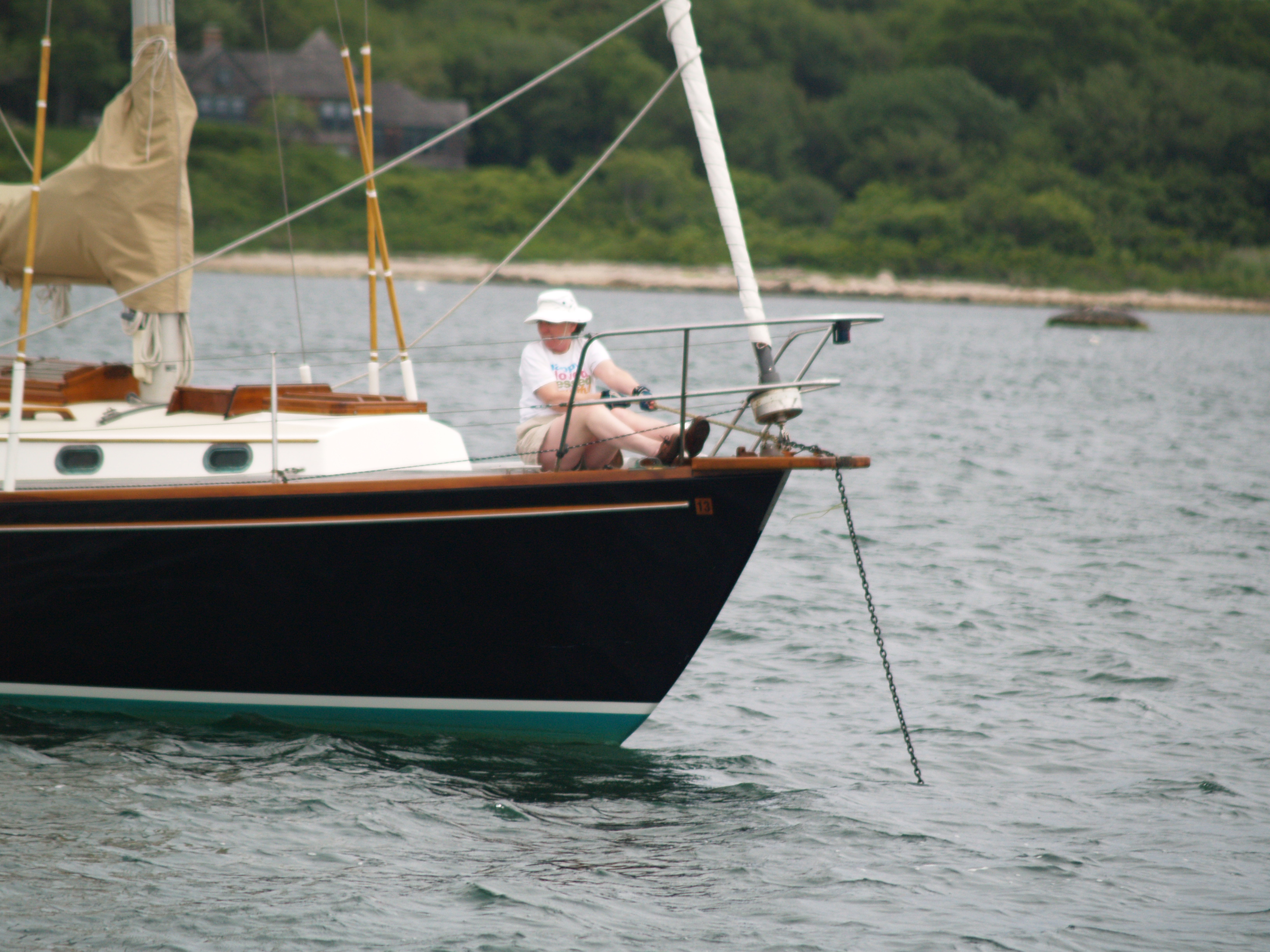 And this is the same windlass in high gear.  Now, that’s teamwork.  if she is the windlass does that make him a windlad? 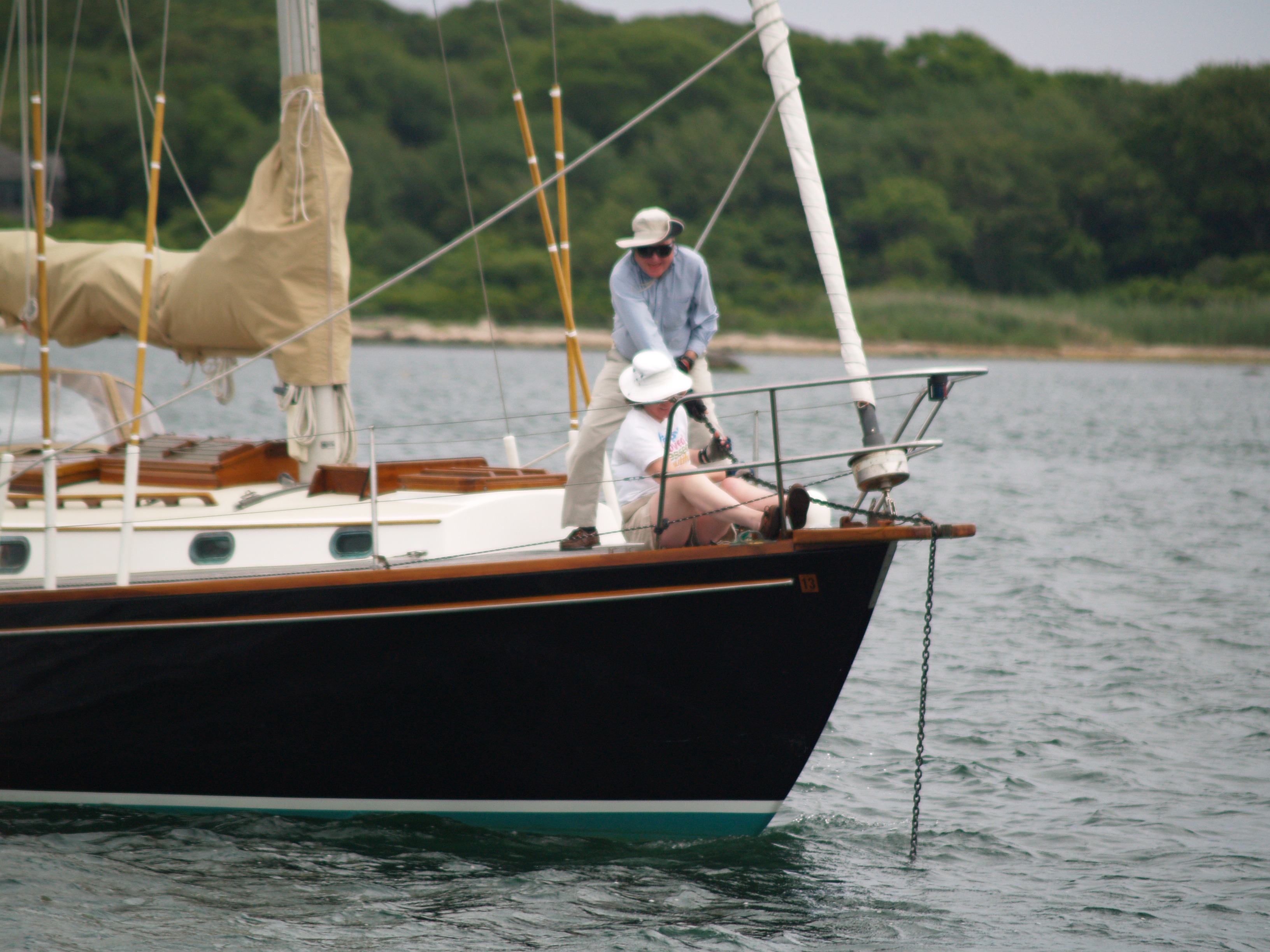 Perhaps I had better change the subject right quick.  How about this shot of Brenda looking just fetching in a great hat, if you are looking for a similar hat, click to view right here.  I just love her in hats.  And, what a fab wind blown look.  Bummer about that “fear of hat hair” that keeps her from wearing them more often. You can see the selection at Cap Wholesalers here. 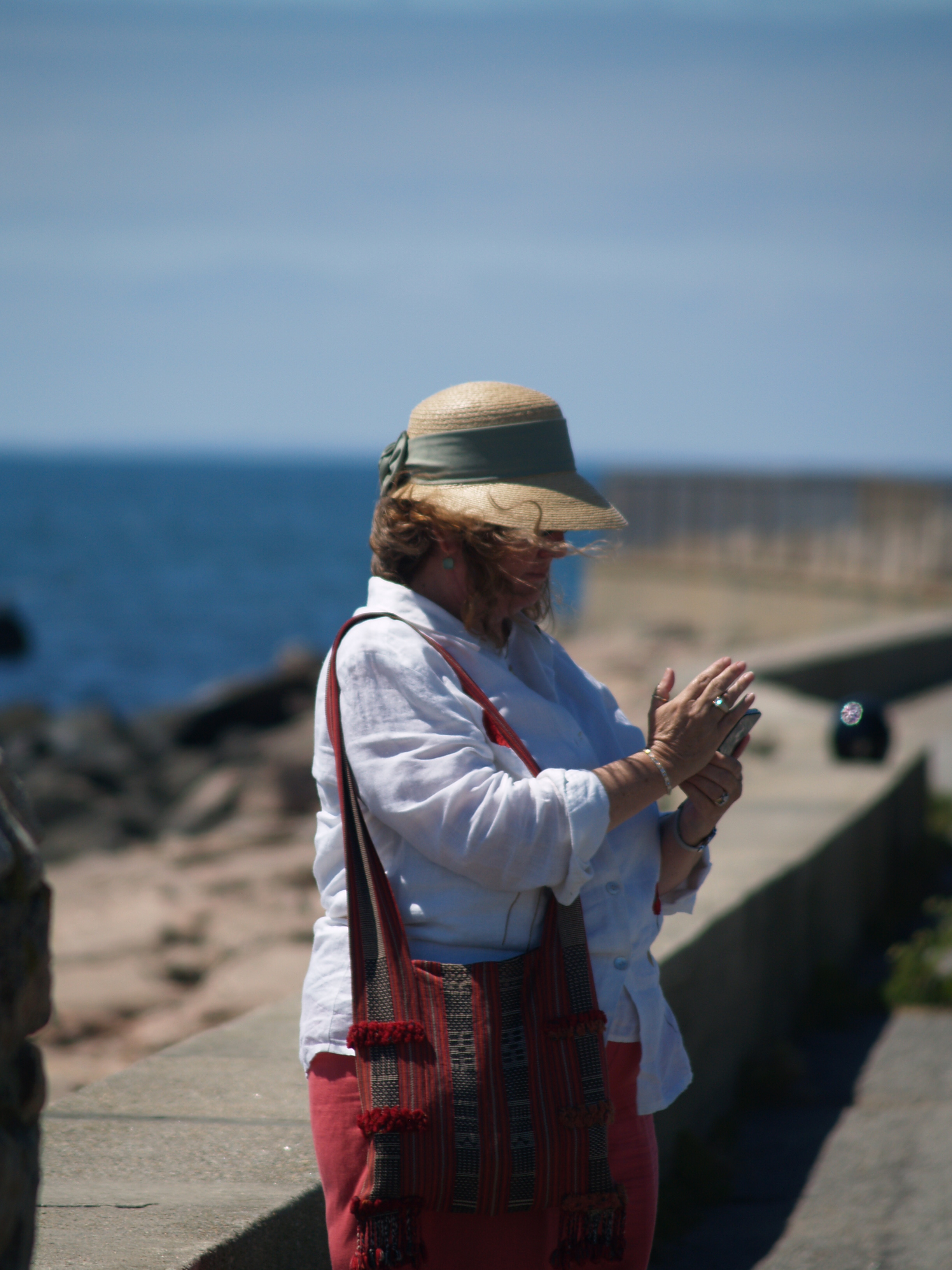