Finally in Essex and getting back to normal

It’s been a long few months with the last several weeks of interminable delays in getting out of our home in NJ. with septic problems and a buyer who wouldn’t close until it was operational.  In any event, with that project finally completed (can you say “congratulations on your shiny new septic”), we finally moved last Thursday and are now in our new home here in Essex CT.

In spite of being here we are anything but settled with many boxes still left to unpack.   I would have liked to have posted in sooner but there hasn’t been anything to talk about besides wishing that I was doing something on Pandora to get her ready to launch in late May.

However, this Wednesday I expect to head down to Norwalk to spend several days getting her ready for the season.  There remains much to complete including the wiring connections on the watermaker, installing the wi-fi and working on the cockpit enclosure.  Yikes, the list remains long.

In spite of it all, I was able to spend a bit of time out on the CT river in Essex last week when our son Christopher visited from NYC for the weekend.  He and I took the guide boat that I spoke of in my last post out for a run on the river.   It was pretty breezy but warm and sunny and we had a great time.  Along the way he took these photos of a pair of osprey’s landing on their nest.  As there were chicks/eggs in the nest, they were aggressively protecting the nest from our intrusion.  Great shots.  He’s a gifted photographer and has the patience to get the right shot.   Not sure which this is, male or female. 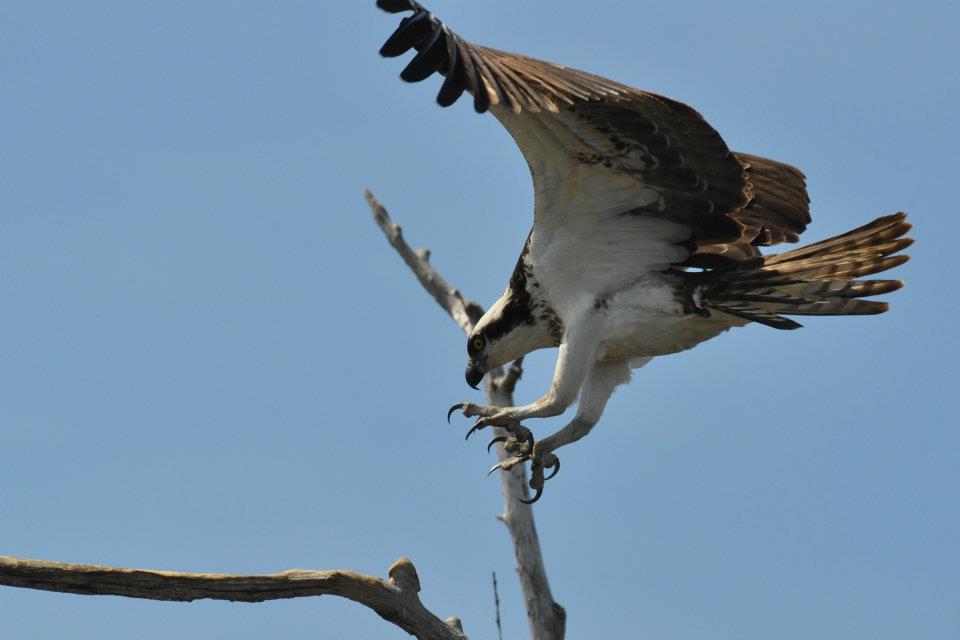 Just take a look at those pointy talons.  I’d hate to be on the receiving end when they are out fishing. 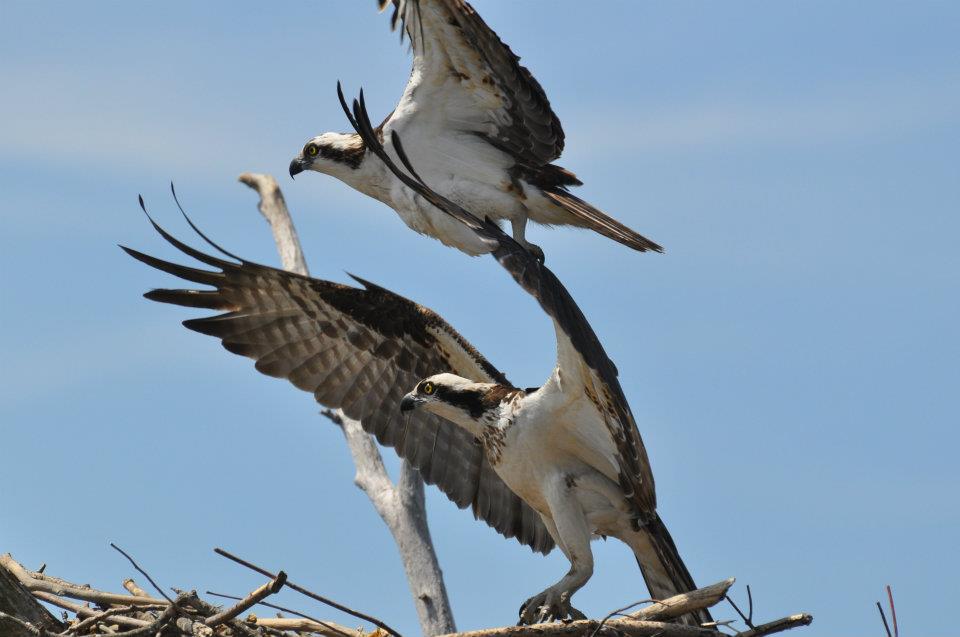 I also think that it’s a good thing that ospreys don’t have 20′ wingspans or sailing would be a bit less fun.  “Hey, there’s a nice juicy human that we can feed our chicks.   No, be my guest, you go first.  Here Bobby, Bobby!!

Hmm, that was a bit random… Never mind.

I guess that will have to suffice for now as I am up to my elbows in boxes and unpacking. I can’t wait for things to settle down so I can get back to serious stuff like sailing.