A cloud a day and the elusive “green flash”.

Over the years I have probably had more pictures of dramatic clouds in this blog than just about anything else, with the possible exception of sunrises and sunsets.

I do love clouds but not so much, cloudy grey days.  One of the things that I enjoy about cruising in the tropics is the constantly changing clouds and the quick and sometimes drenching showers that they bring.

When I am on passage, clouds break up the monotony of sameness when all there is to look at is water to the horizon in every direction.

Back in February, during the depths of the pandemic lockdown, I learned about an obscure group, the Cloud Appreciation Society and wrote about it’s founder  with a so English name of Pinney.   Check out that post here and learn about the eccentric Pinney and his society.   The Cloud Appreciation Society was even featured in the New York Times so it MUST be important.

The society has a number of fun features but none better than their “cloud a day”, where a photo submitted by a member is sent out to their full distribution list, always with interesting commentary or description.  As a point of detail, I am member 54,749, so that’s a lot of “cloud spotters”.

As someone who loves clouds and competitive, that’s me, I just had to submit a number of my favorite cloud photos.  And I did.

Imagine my surprise when I received a note from the CAS, that one of my submissions was going to be used and it would be sent out to EVERYONE on  Friday, September 3rd.

It was my photo of a “green flash” that I captured in 2017 and they used last Friday. 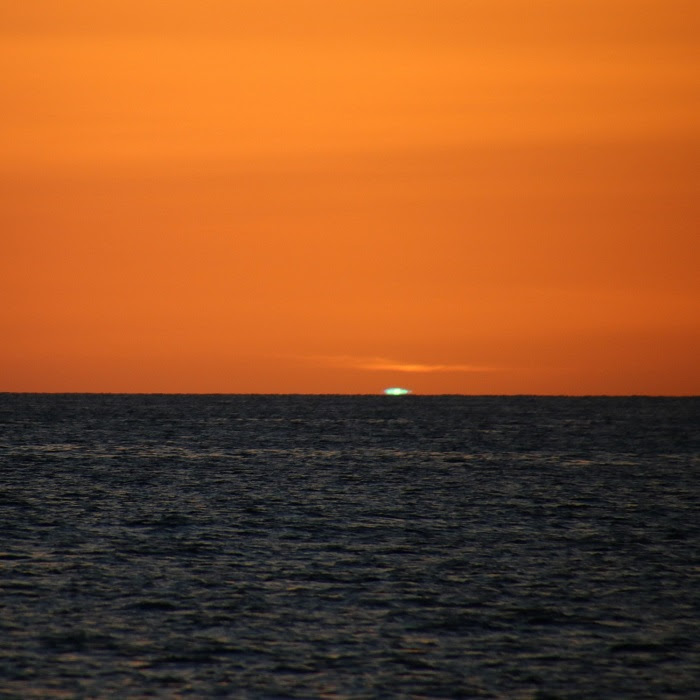 What is even more amazing is that they took time to research what a green flash is and how it happens.  I had no idea how much there was to such a phenomenon.

Here is what they wrote about the phenomenon, and it’s awesome.  Who knew?

“At sunset over the island of St. Lucia, Lesser Antilles, Bob Osborn (Member 54,749) witnessed a brilliant jewel of emerald light wink from the very edge of the horizon. Visible typically for just a fraction of a second, this is a green flash – an optical phenomenon that is hard to spot and caused by complex atmospheric conditions. For any chance of seeing one you first need a clear, uninterrupted view of the Sun on the horizon, which is usually best met by looking at it across the sea like this. In certain conditions, the water’s surface can also be helpful in setting up the second requirement: a ‘temperature inversion’ down near the surface, which means there is a low layer of cool air beneath warmer air just above. This temperature profile bends, or refracts, the light, causing a mirage effect that distorts the shape of the Sun and gives the appearance of separated blobs of light just above its upper rim that form and disappear with the exact alignment of Sun and temperature inversion. Shorter wavelengths of the Sun’s visible light, which look blue, are refracted more strongly by the atmosphere than longer wavelengths, which look red, which means the shimmering distortion appearing fleetingly at the top of the Sun can look coloured. Since another effect of the low atmosphere is to scatter away more of the shorter blue-looking wavelengths of light, this glimpse of colour is the next colour of the rainbow, green. With all this in mind, you may have more success looking for a real emerald than this atmospheric one.”

So, there you have it, a forensic look at what goes into the elusive “green flash”.  Or, as my late father would have said, “more than you want to know about penguins”.

Me?  I can never get enough lof clouds or the green flash.

Perhaps I’ll see one this winter in the Caribbean.  One can always hope…