Where in the world is Pandora and where is she going?

It’s only about six weeks until I am supposed to head south on Pandora, bound for Antigua and I am getting a little bit anxious about next steps.

The good news is that Pandora’s paint job is completed and her graphics applied and they turned out perfectly.   Pandora went in the water first thing on the Tuesday after Labor Day and I arrived in Stratford just in time to see her moved into a slip.  My plan was to motor her back to Deep River to re-unite her with her mast and get going on all the “to-do” items that are on the long list of chores.  She looked wonderful in her new finery. 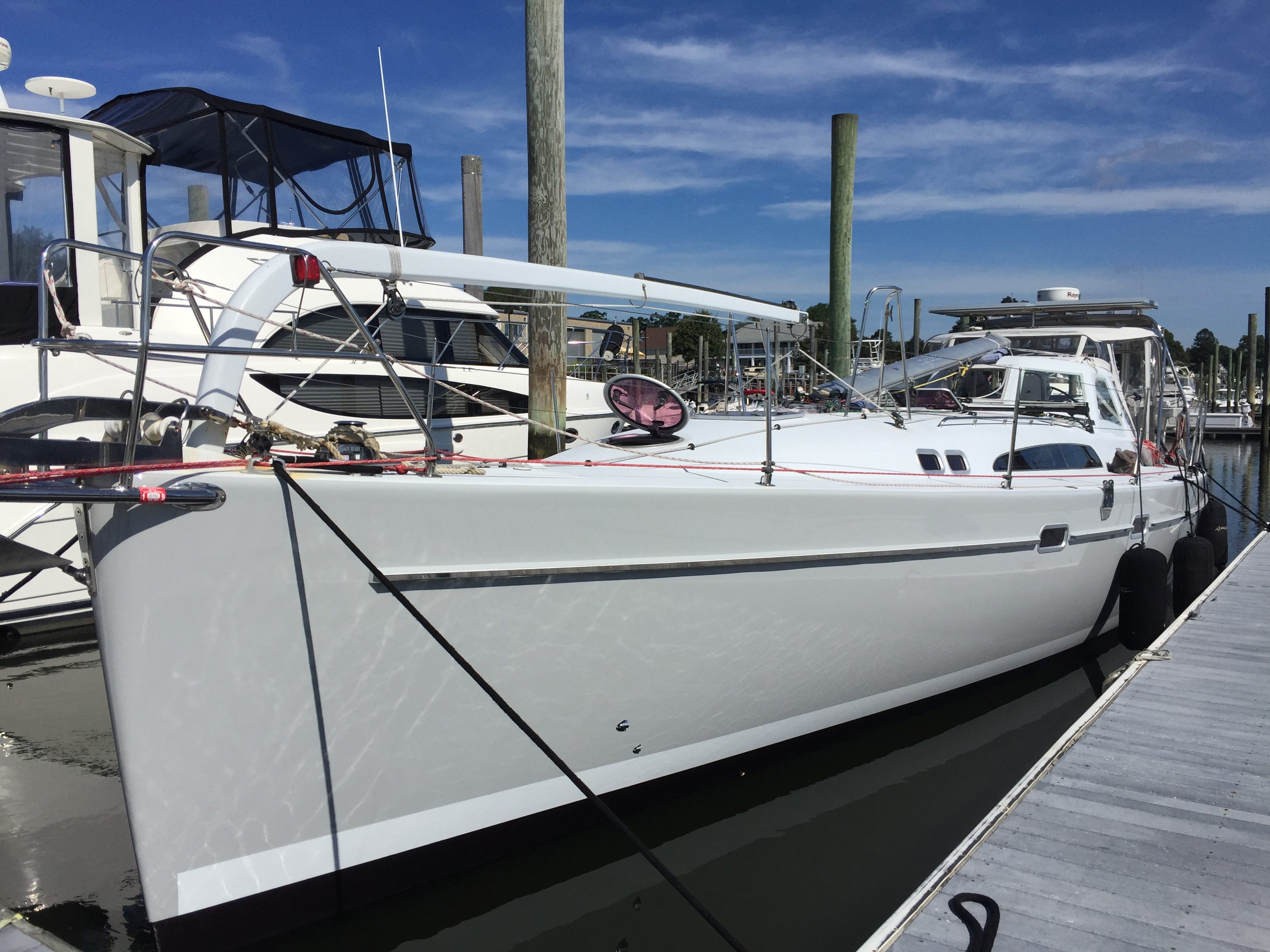 For those of you who read the prior paragraph VERY carefully, you would have noticed that I used the phrase, “my plan WAS” about next steps.

That’s because as I went through my “pre-flight” check list, I noticed that the bearing on the back of the transmission, the “pillow bearing”, that was to be changed or rebuilt, hadn’t been touched.   That bearing had concerned me a lot on the way home from Antigua last spring and it needed to be addressed while Pandora was on the hard.  However, somehow the engine guys at Brewers who were to do the work somehow “didn’t get the memo”.   A work order had been issued weeks before but somehow that key task was missed.

Now for the bad news…  So, back out of the water she went and back on the train  for me.  I wasn’t happy because by the time I got home I had burned nearly the whole day.  Not to put too fine a point on it, but that little issue meant that I got up at 5:30 and spent the next 9.5 hours messing around on trains and buses but mostly just sitting around “waiting” for trains and buses.  It’s so much fun and Pandora was back on the “hard” all over again. 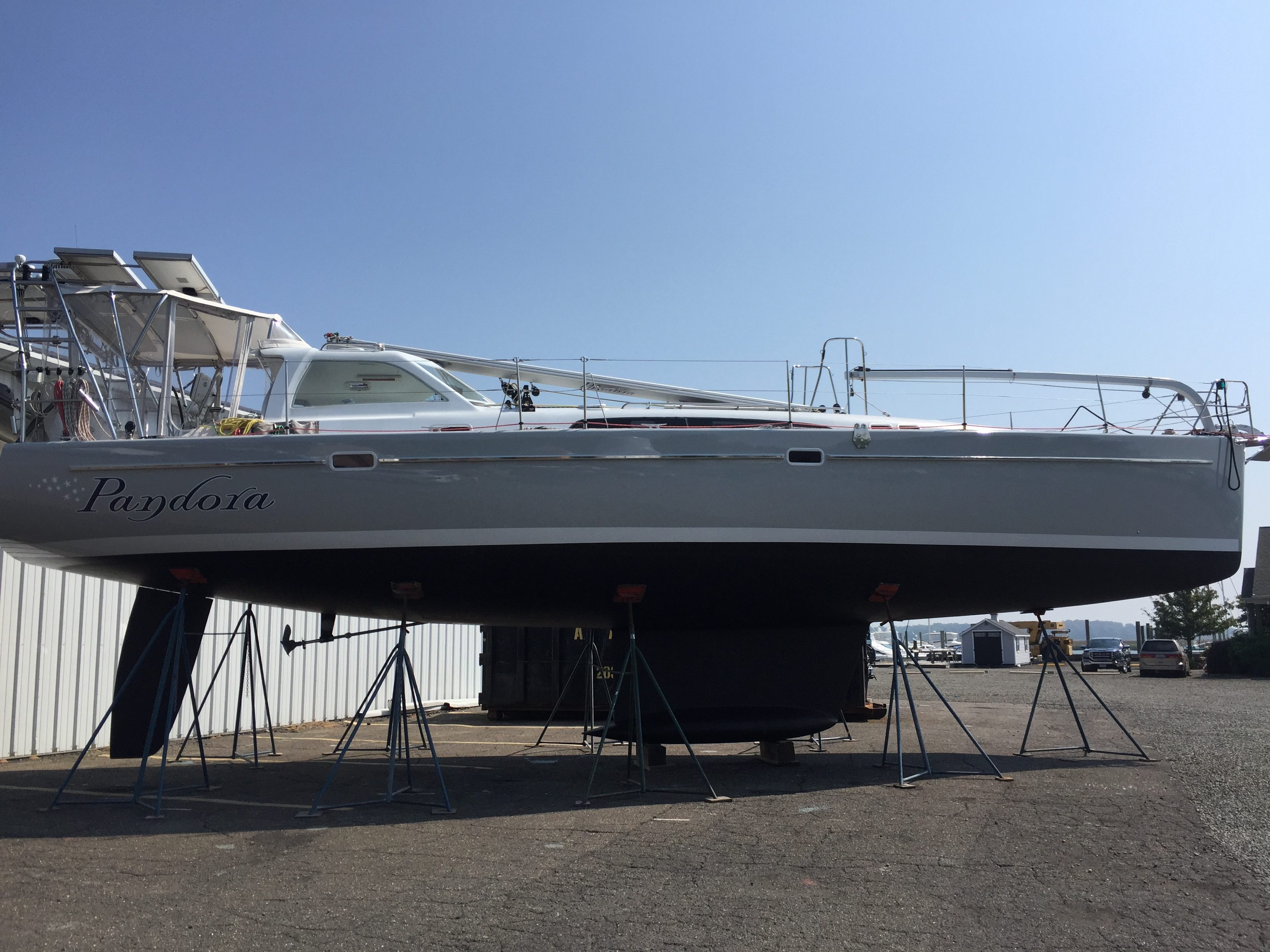 But wait, there’s more.  I just found out that the work won’t be completed and until next Friday, a nearly three week delay that eats up a huge amount of my prep time for getting ready to head south.

So, here I sit, with so much to still do to get ready to head south and the clock is ticking.   And wouldn’t you know it, the tides will be against me this week, if she’s even ready then,  for bringing her east in Long Island Sound.  Such are the best laid plans.

A few days ago I received an update and was told that they could not find a replacement bearing and that the old one would have to be rebuilt and that some parts were going to be “fabricated” in the machine shop.  I always get anxious when I hear the word “fabricate” in the same phrase as “mechanic”.    Oh great, they get to play with their awesome machines and I get to listen to the time clock tick loudly.

Oh well, that’s why everyone talks about “boat dollars”.  You know, the ones that are 1000/1 compared to regular dollars?

And, speaking of boat dollars, we are thinking about adding a passerelle, actually, I am not sure I can even spell it correctly.  However, it’s a boarding ladder that goes on the stern for use when “Med Mooring” a boat.    Oddly, they don’t even make them in the US for small boats so if we want to get one, it will have to be fabricated in the UK and shipped to us.   I have been in touch with a company there and they assure me that with the proper application of “boat dollars”, that they can get one here in time.    The company makes all sorts of units but we are going to go with one of the aluminum ones, their most “pedestrian” style.  Here’s a link to the page that shows the unit.  It’s not terribly elegant but should make it easier to move on and off the boat when we are Med or stern moored at a marina. 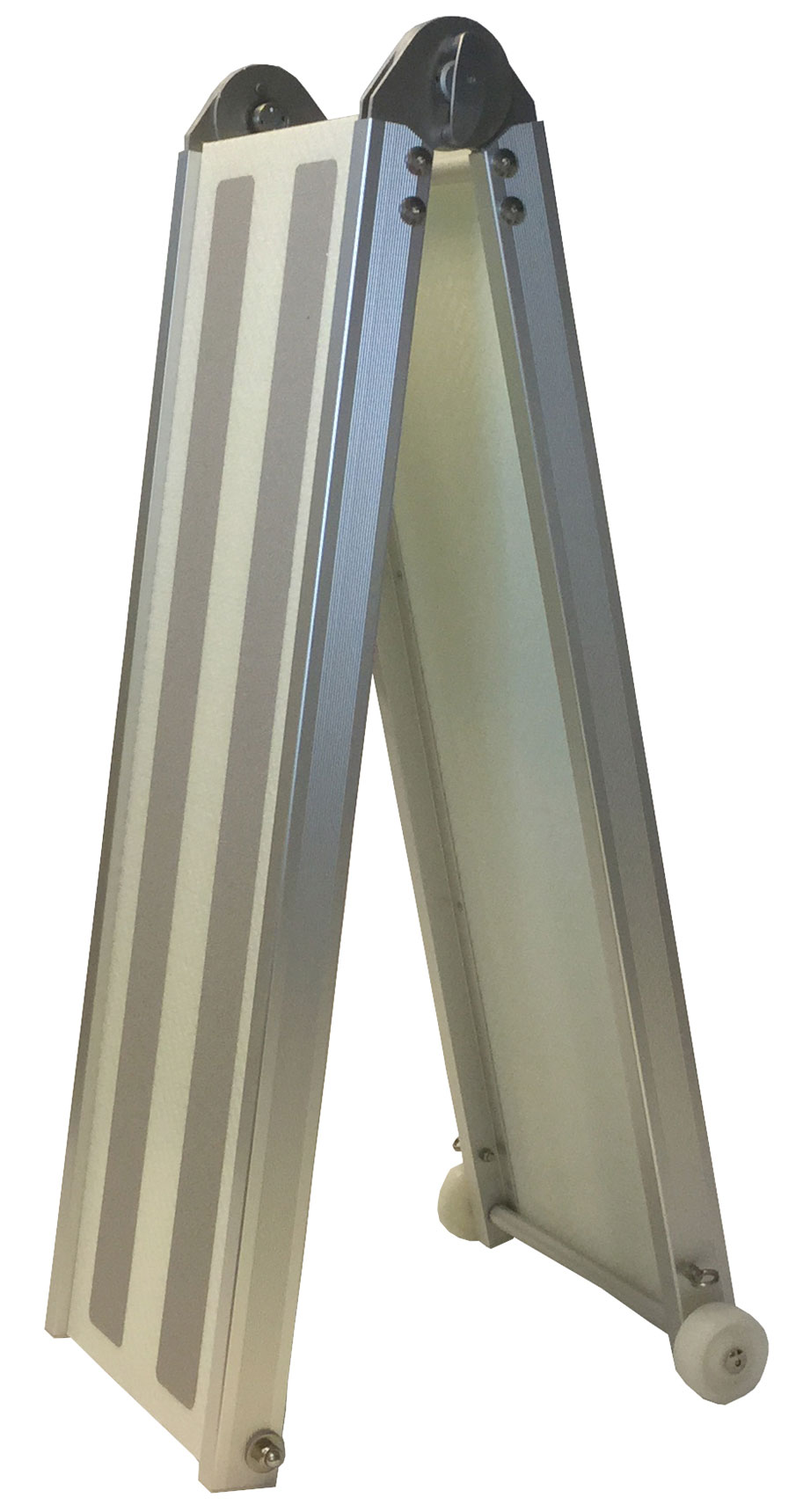 I don’t have a photo of what the unit looks like when it’s deployed but this is a shot of a fancier unit on a much larger boat. 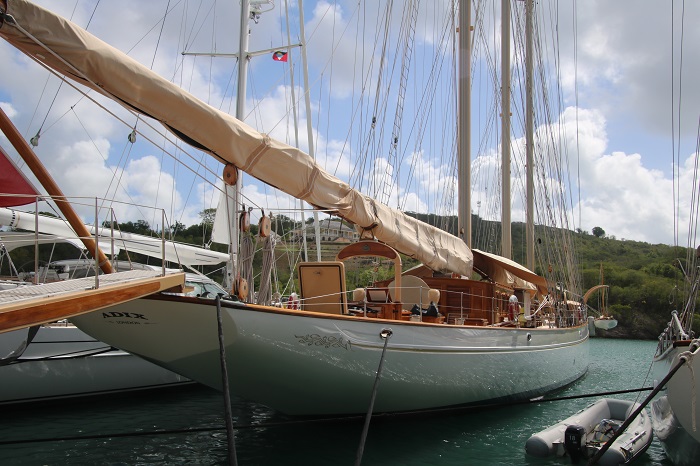 And, on a really, really large boat.  That unit telescopes into the hull from the stern.  We saw this boat, Kismet, a few years ago in Ft Lauderdale.  I  wrote about her and her well heeled owner a while back.   His passerelle is longer than all of Pandora. 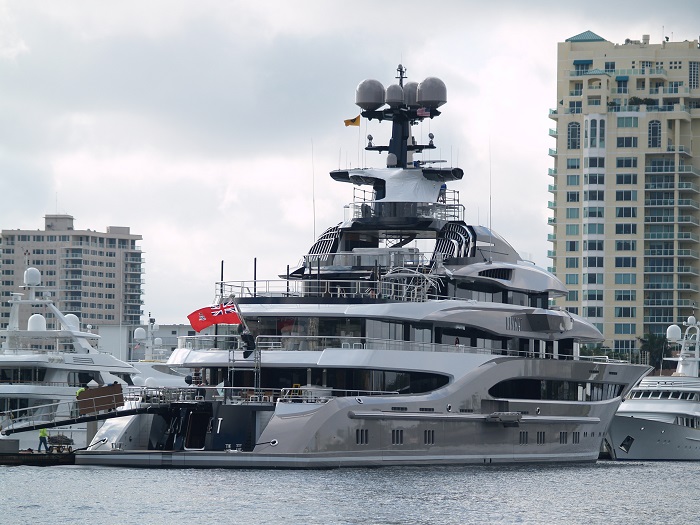 So, there’s a lot left to do and not a lot of time to accomplish it.    Actually, and not to put too fine a point on it, I only have a month and that assumes that she is finally launched next Friday.  Not sure I can make it as I was not counting on the unexpected three week delay in getting Pandora back to my local marina.

However, as the title of this post suggests, Pandora’s going somewhere and that somewhere is supposed to be Antigua.   Well, I sure hope so as there is a lot to look forward to when we arrive with a week of festivities planned.   Click here to see what’s planned.

It’s going to be great assuming that I can get everything done.

2 responses to “Where in the world is Pandora and where is she going?”