Want to go for a ride in a helicopter little boy?

I can’t remember a time when I didn’t get a thrill when I saw a chopper flying overhead or spied one at an airshow.  My late father, who passed a few years ago, worked for a company that published a magazine for the commercial aircraft business and highlights of my childhood included visits to airshows as a, sort of VIP, with access to some awesome machines.

I am involved with a group that does sailboat rallies to the Caribbean, the Salty Dawg Sailing Association, and every other year in Hampton VA, prior to the departure of the fleet, the USCG does a SAR demonstration near the docks.  I was there for the demo two years ago and to see the chopper hover and the crew doing their “rescue” was amazing.     As a point of interest, this yellow chopper, all the others are orange and white, was commissioned to celebrate the 100th anniversary of the Service. 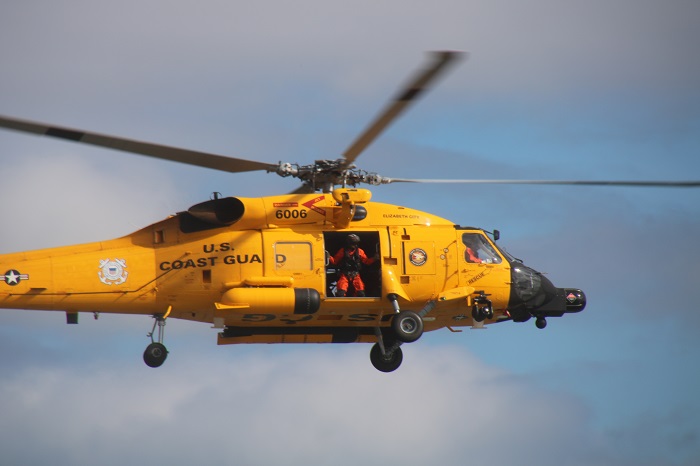 As they hovered over the harbor, they kicked up massive amounts of spray which carried over the marina. 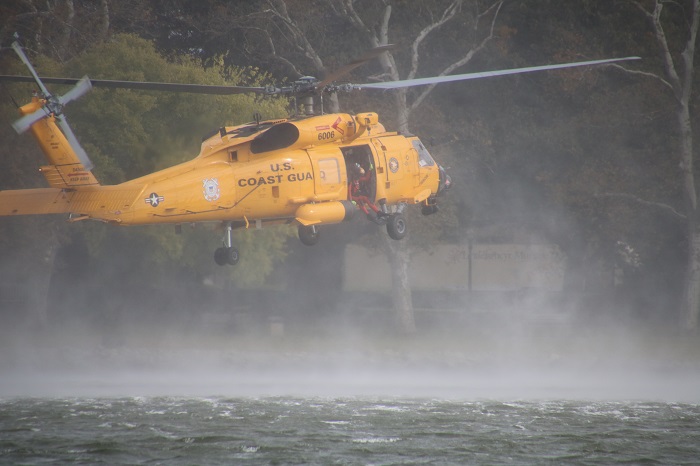 They also brought in a great little Response Boat to be sure that nobody strayed into the “drop zone”. 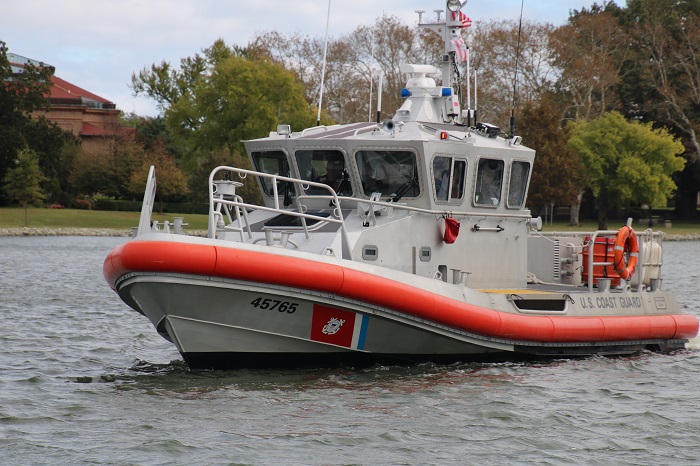 Perhaps my fascination with flying, and with helicopters in particular, was fueled by Dad’s love of airplanes and especially WWII aircraft.   Back in June of 2013, a few years before he passed, I happened upon some information about a super yacht owner who also owned a number of WWII aircraft and wrote a post about him, his yacht Marie and all those wonderful airplanes.   In reality, it was a post for my Dad and to this day and nearly 1,000 posts, it’s still my favorite.  If that hasn’t inspired you to click on that link, there are some awesome professional video clips of his planes putting on an airshow in St Barths a few years ago.

That post led to Brenda and I being invited to visit Ed’s (the owner of those awesome planes) island in the Bahamas, twice, and sailing on his 200′ sailboat, Marie for three days.  That proves, for sure, that you never know what life will lead to.

Anyway, I digress…  I mention all of this as three years ago I decided that I just had to try and arrange “my own” USCG “show” in Essex with one of their helicopters.  I contacted the Coast Guard and asked about the process which turned out to be the same as if I was putting on a full scale airshow and wanted a military hardware to show up, which is to say complicated.

I made calls, filled out the paperwork, wrote an essay about my planned Seven Seas Cruising Association SSCA Essex Summer Solstice Gam, (say that three times fast) which I put on with a friend in Essex each June, and made my application.   It was rejected…

Undeterred, I applied again the following year and it was approved…and canceled.  Sigh…  Ok, one more try.  So, last October I applied for a third time. and again… declined because of safety concerns in busy Essex Harbor.

However, as Brenda always says, “Bob and the dog, ever hopeful” and I appealed, sent a detailed annotated chart of harbor and drop area and submitted it yet a fourth time.   This is the chart I sent to the public affairs office showing the mooring field in brown and the “drop area” in orange.    See, this can work.  Right?  Perfectly safe! 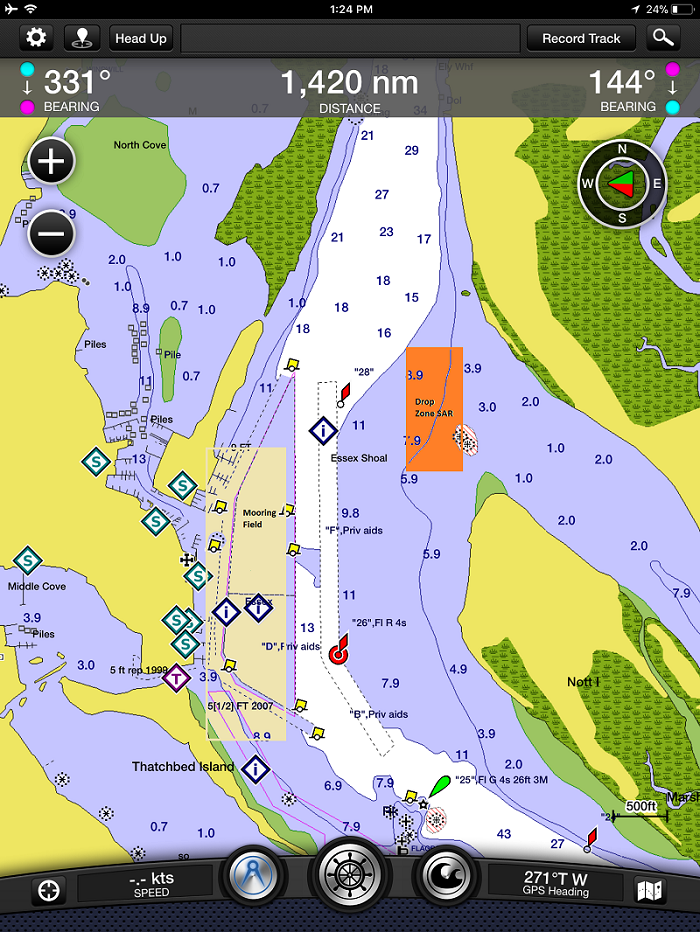 I guess somebody with clout agreed and it seems that four times is the charm as yesterday I got word that the operation, chopper, 45′ Response Boat Medium, I prefer “cutter” and lots of Coasties, was approved for a Search and Rescue Demonstration.  Yahoo!

I mention all of this because this means that if you join us at our SSCA meeting on June 22nd to 24th at the Essex Yacht Club in Essex CT you will have a front row seat at this wonderful event.  I have even arranged to have the 45′ “cutter” and her crew at the club dock and expect that the crew will join us for lunch and talk about what they do every day to keep us safe on the water.

Here’s a photo of the boat that will be at the Essex Yacht Club dock for the event.  And, this shot was taken at the mouth of the CT River.  Perfect!  I wonder if they will take me for a ride?  Oh wait, I’ll be too busy.  Perhaps a rain check. 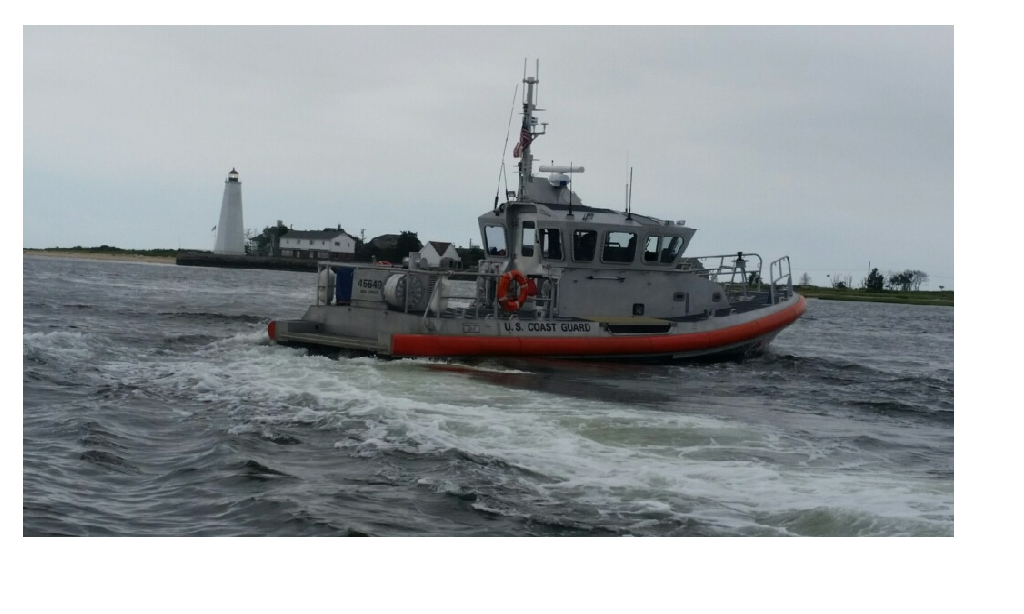 Unfortunately, the club grounds aren’t big enough to land the chopper though so we won’t meet the crew of the chopper.  Don’t believe that I didn’t try to get that approved.   You know me, ‘EVER HOPEFUL”.

And, speaking of approvals, one of my USCG contacts told me that in his five years on the job, my event is the ONLY civilian SAR demo that he has seen approved.   All of them were a part of a big event like an airshow.  Go me!  No… go SSCA!

Well, the fact is that it’s all about my Dad who always told me “the worse that can happen is that they will say no”.    Actually, sometimes just asking has gotten me into plenty of hot water but I won’t talk about that right now.

And besides, he loved anything that flies and so do I.

For sure, he would have been thrilled.   And me? I’m still the little boy who wants to go for a ride in a helicopter or at least see one…

Don’t want to miss out?  You won’t if you sign up here.

2 responses to “Want to go for a ride in a helicopter little boy?”