Actually, it was the last post that I did a few days ago that was my 800th post on Sailpandora.com.   Not to put too fine a point on it but there were a few posts before that on a different URL that didn’t get ported over when I moved to Sailpandora.   However, I’ll go with 800+, a milestone in my book.   And, if my average post is something like 600 to 800 words, well, that’s a lot of words, perhaps over a half million words of sometimes “breathless prose”.   Yikes.

Anyway, it’s been a long time since October of 2007 when I did my first post the weekend that we went to Annapolis to check out a SAGA 43 that would become “old Pandora”.

At that time we still owned Elektra, our Tartan 37, a boat that I assumed would be our last. 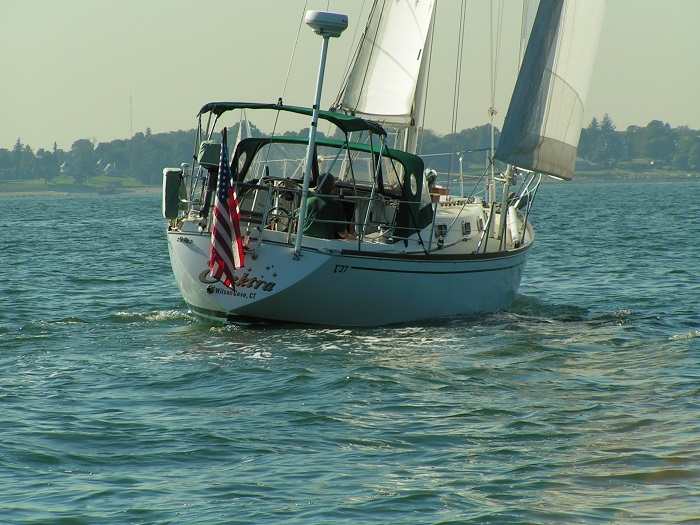 Back then I was still working and only dreaming of winters afloat and retirement seemed a long way off.   During those years, we spent a lot of time cruising Maine.  This shot of Elektra, one of my favorites, was taken in Damrascove cove, off of Booth Bay, Maine. 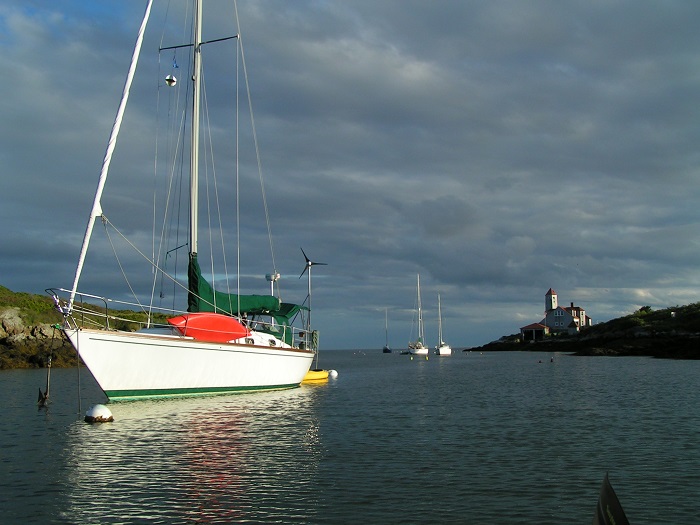 I wrote about that visit to this charming historic island in this post seven years ago.

So, here I am, over 800 posts and now eleven years later, spending the winters in the Caribbean.  Who knew?  Let me tell you, Brenda surely didn’t!   That’s a lot of “water over the dam” or under the keel, whatever.

And, speaking of water, yesterday was really windy as a massive winter storm churned through the North Atlantic.  Amazingly, the storm, literally thousands of miles from the southern Caribbean, will make passage, even as far away as South America, unpleasant with a large ocean swell.  Yes, the period will be long, 12-15 seconds, but it will be large, never the less.   Note the ruler crossing the storm, it’s nearly 2,000 km long.  That’s a huge storm. 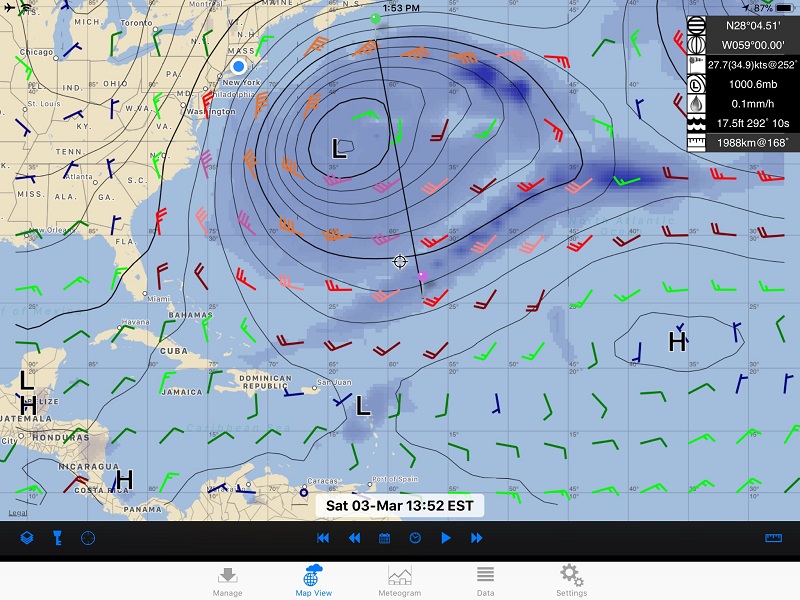 That matters to us as we will only have about 6 weeks till Brenda flies out of St. Lucia in mid April and back to the US so we don’t have a lot of time to hang around Martinique waiting for better conditions to head further south.

It’s my hope that we will make it down to Bequia, as several of our friends have said that is one of their favorite islands.  We’d also like to visit the Grenadines and Grenada which are south of Bequia.   Making it that far would pretty much close the loop for us being able to say that we’ve” sailed the Caribbean” as we wil will have covered much of the ground from Cuba nearly all the way to South America.  And being at 12 degrees north from the Equator would put us farther south than we’ve ever been.   That’s a LONG way from here in CT at 41 degrees north.

As much as I had always dreamed that we’d someday sail to the Caribbean, I have to say that actually doing it is still a bit of a surprise.  Perhaps as much of a shock as realizing that I am into my 11th year of Sailpandora and more than 800 posts.

What’s next?  Well, at least a few more posts, for sure.  Beyond that, your guess is as good as mine.