Wandering the rum trails of Martinique

For me, one of the most compelling reasons for visiting Martinique, beyond the obvious baguettes and croissants, is to visit some of the many distilleries that are sprinkled around the island.   Well, mission accomplished.  A few days ago, we rented a car with friends Barbara and Ted from Raven to do just that.

However, before I  go on about that, I’ll share a view this morning from Pandora of the nearby city and mountains in the distance.  What a spot. 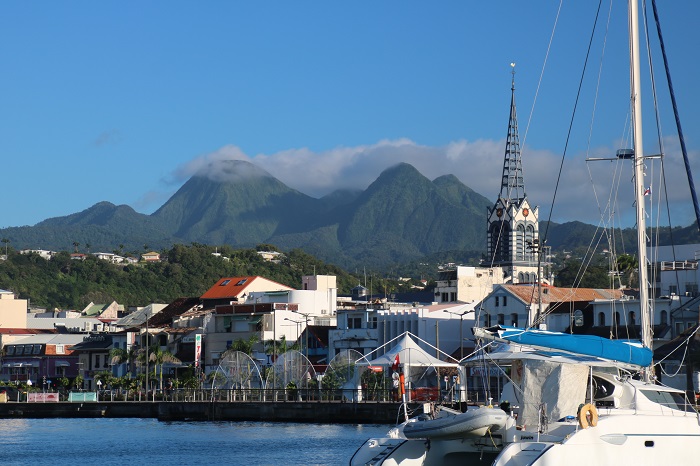 So, back to our outing.  Fortunately, Ted agreed to drive so I could focus on the passing view as well as the many rums that we tried along the way.  In the interest of complete disclosure, I did inhale and sip but didn’t completely finish any one of the many samples that were offered.

Beyond the wonderful rums that we tried, the three distilleries that we visited also had very beautiful grounds that were open for exploring. 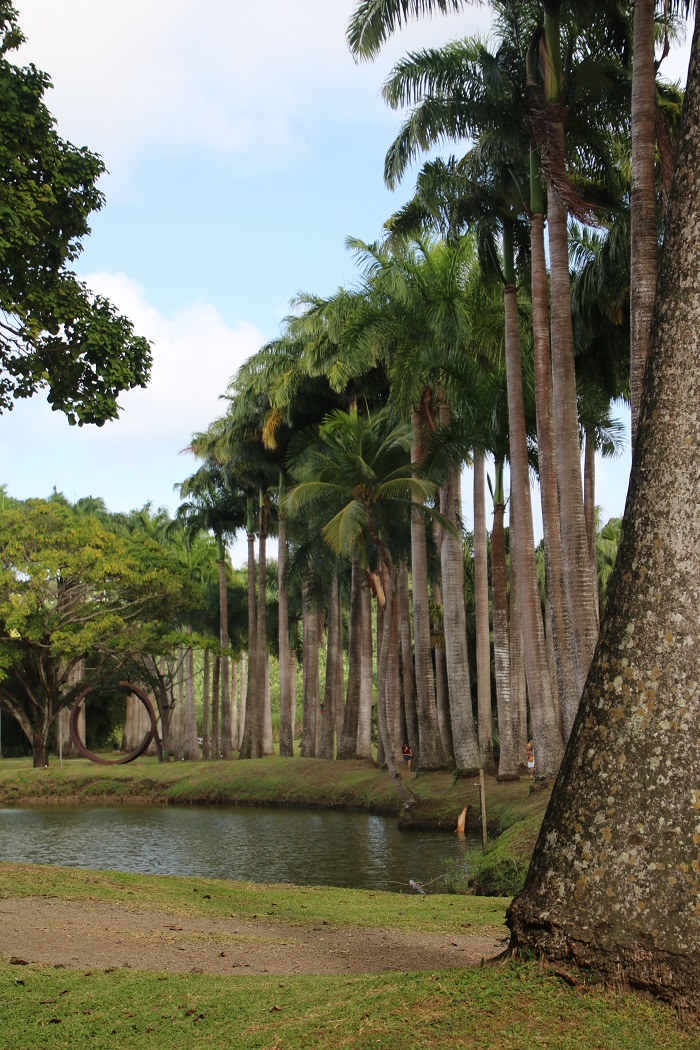 I may be a “compact” guy but this stand of bamboo is really impressive and big by any standard.   I wonder how they deal with old dead canes.  Brenda and I had bamboo in our yard for many years and I had to use a hammer chipper to grind up the dead canes and mine were only about 1″ in diameter.  You could build a bridge with this stuff. 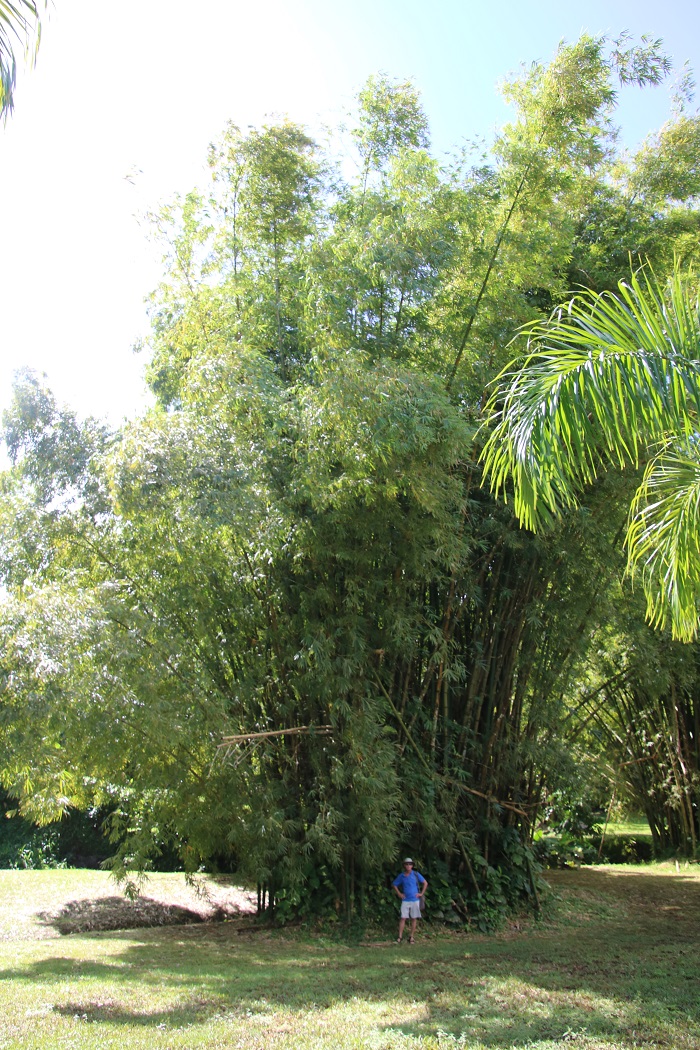 Unlike some of the lower lying islands that we have visited, Martinique has high mountains that reach into the clouds wringingout moisture so there is plenty of rainfall to grow sugarcane.  Along the way we drove through many beautiful lush forest and overlooks with beautiful views of the countryside. 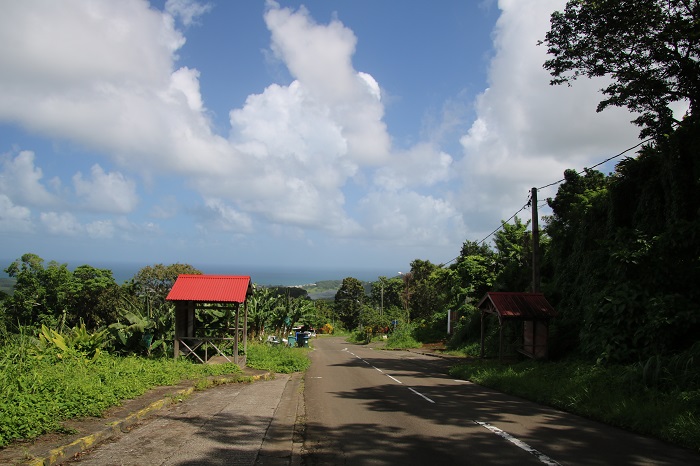 Everywhere we went there were views of cultivated fields like this banana farm. 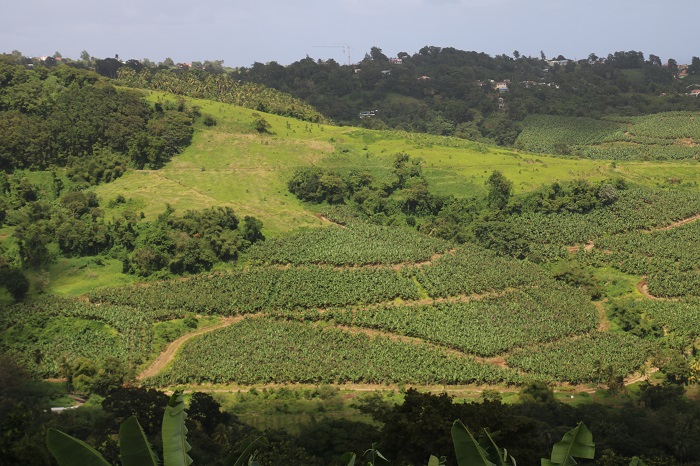 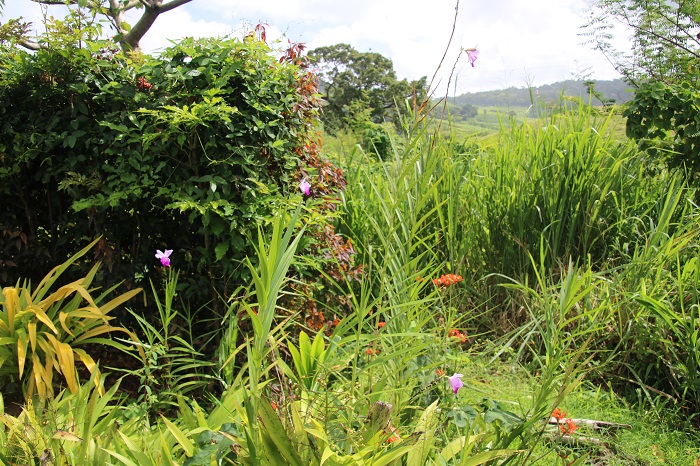 A beautiful solitary flower on the top of plants that grew to 4′ in height. 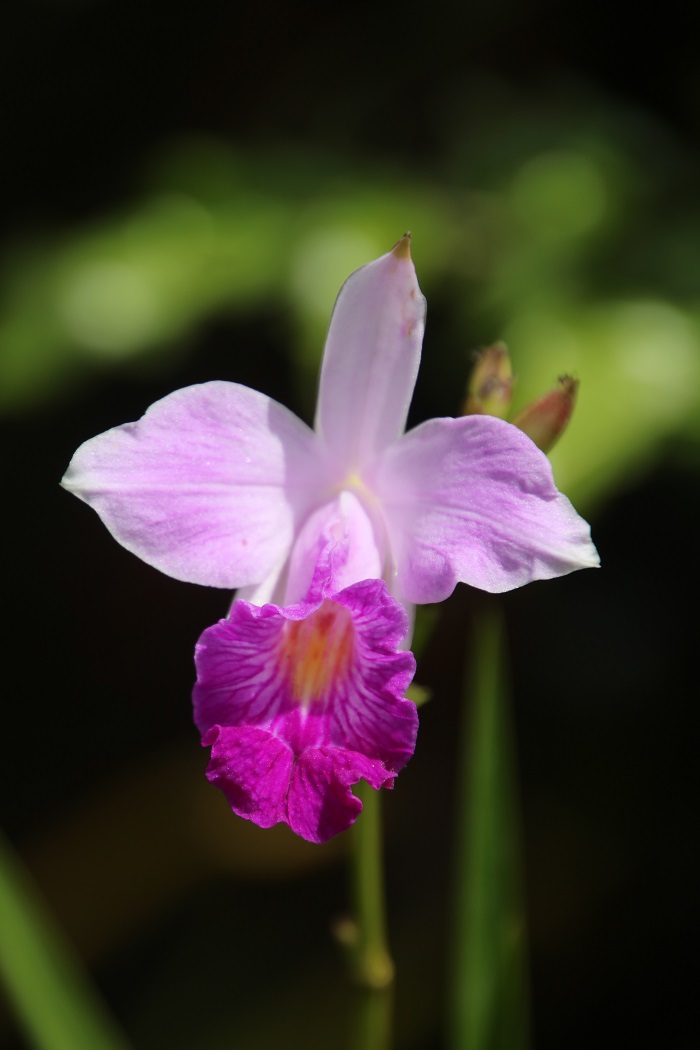 As we drove up and down the mountains, the roads wound one way and another through countless switchbacks.   Not a lot of straight roads here. 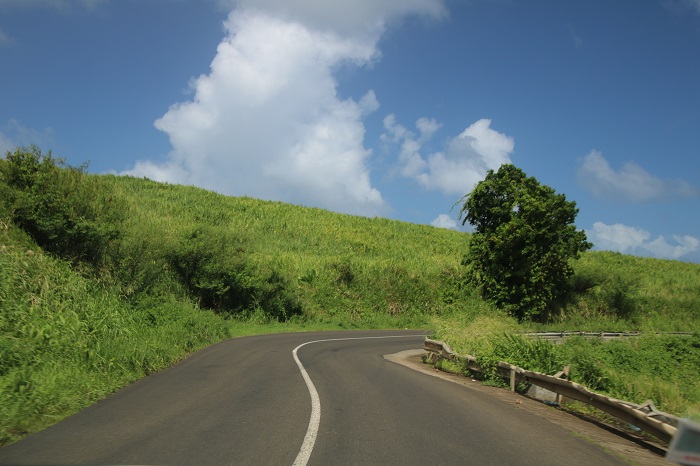 The same was the case of old railroad tracks that predated roads as the key way to get the sugarcane to the distillery for processing as quickly as possible. 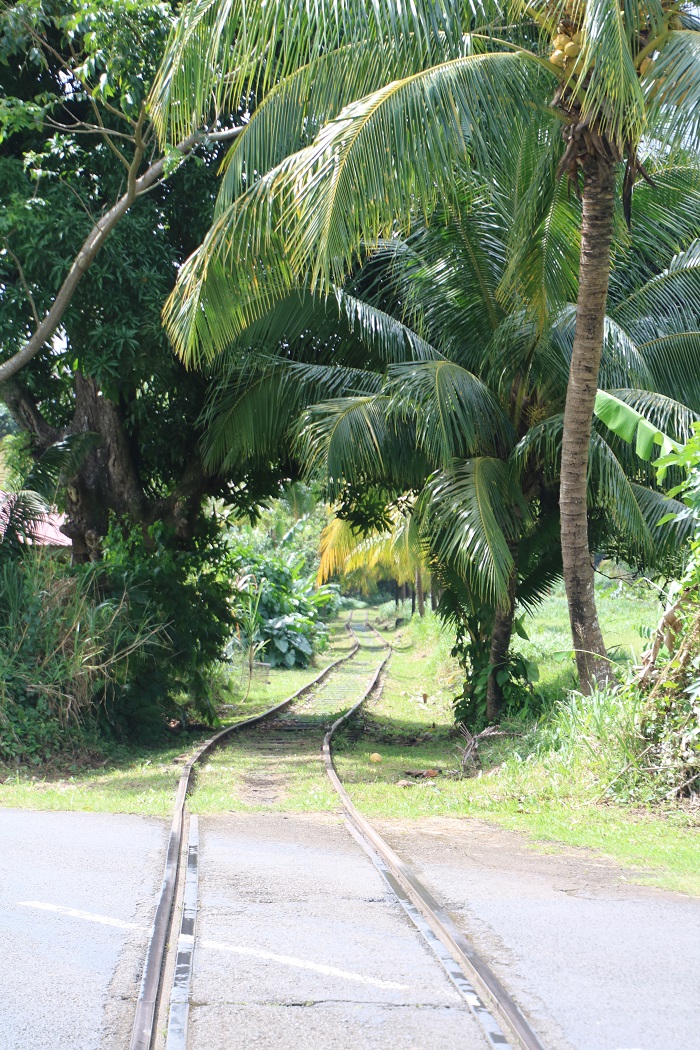 Tracks like these supported steam powered trains and later, diesel like this one on display at one of the distilleries. 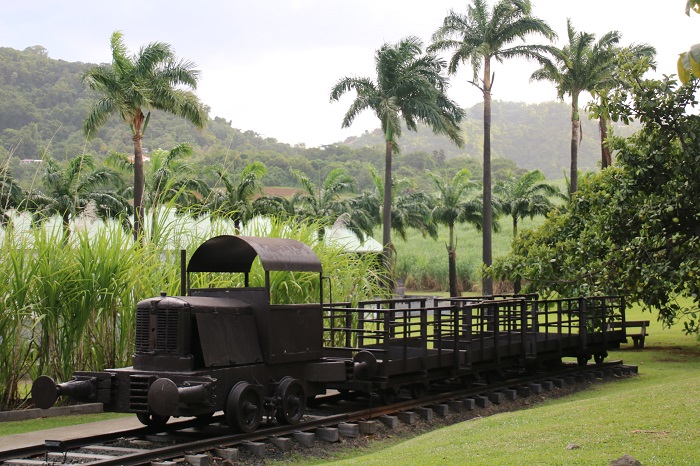 Unlike rums made from molasses, a byproduct of sugar production, rums on Martinique are made directly from the fresh juice squeezed from sugarcane.   It seems that there are a number of varieties of sugarcane, hybrids better suited to different types of rum.   Sugarcane is a perennial plant and is harvested once a year.    While slave labor was the mainstay of cane and rum production for hundreds of years, none of the distilleries that we visited focused particularly on the human toll of this industry. 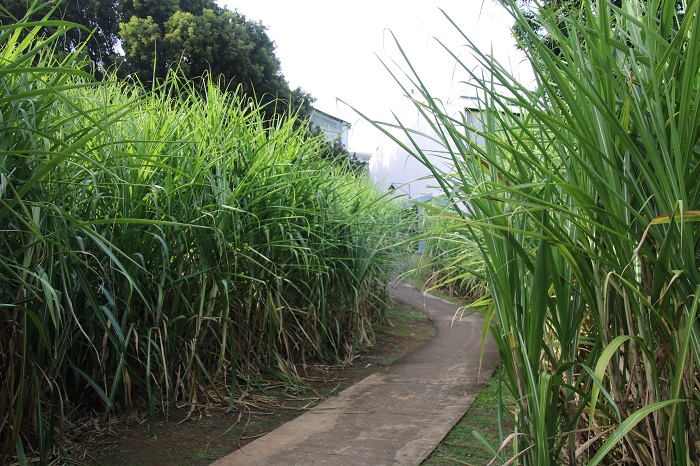 Fortunately, following the abolition of slavery, the industrial revolution and today’s heavy machinery have found ways to mechanize the industry that for so long relied on forced labor.   I have no idea what this machine does but it sure looks like it means business. 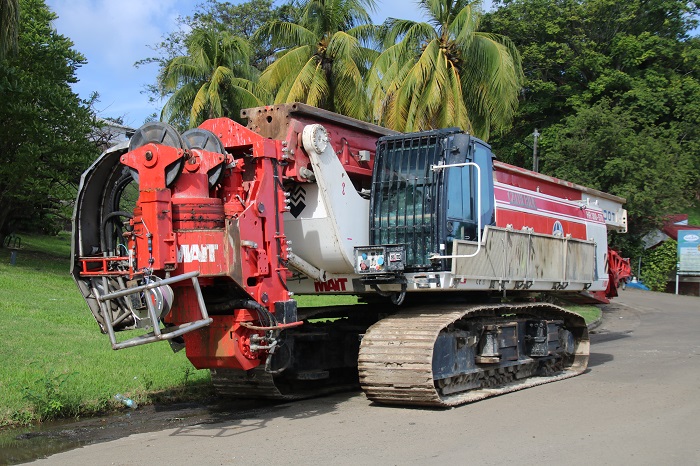 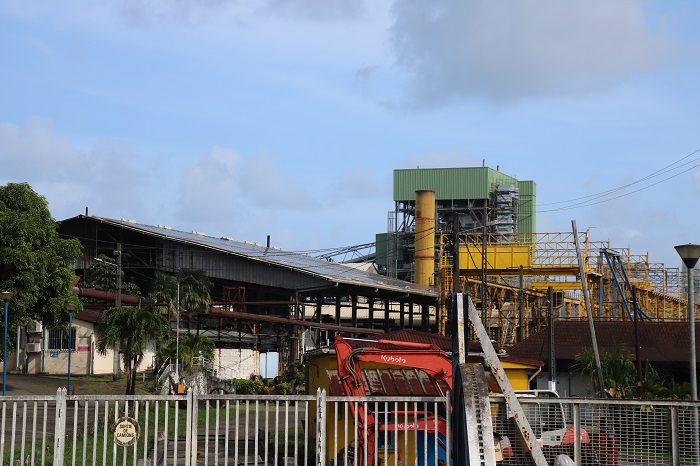 The basic physics of the equipment used for distilling rum hasn’t changed much but today’s plants use much larger and more sophisticated versions of this antique copper distillation tower, cut away to reveal it’s inner workings.  It operates on the same principles as today’s massive “crackers” for refining gasoline and, of course, making rum. 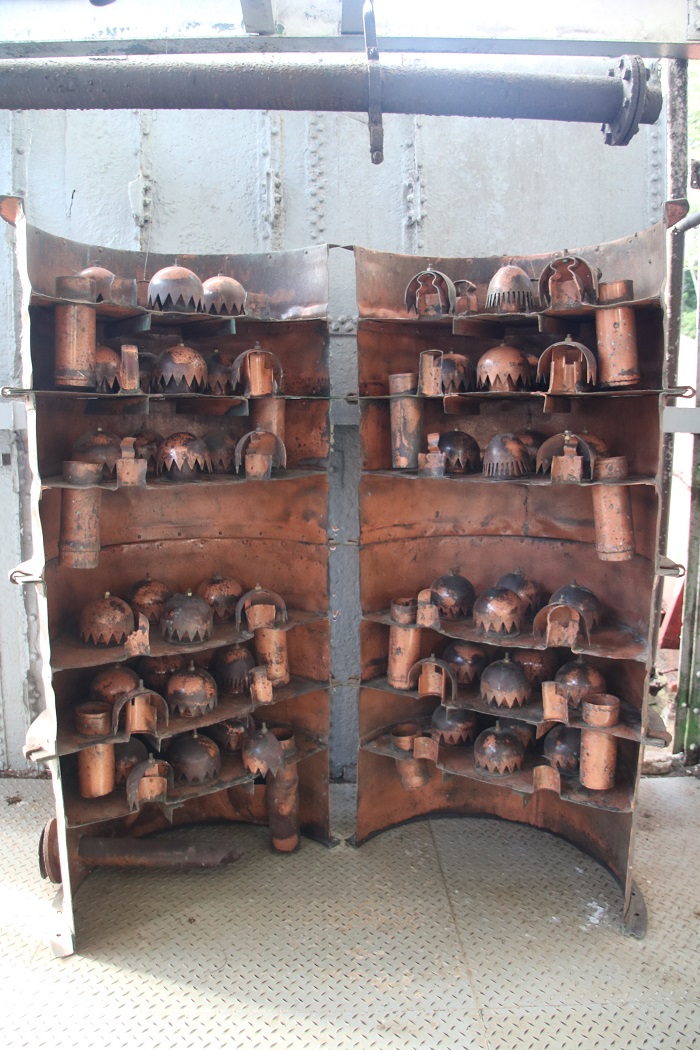 Much of the equipment used in the traditional crafting of rum looks more like art than industrial equipment. 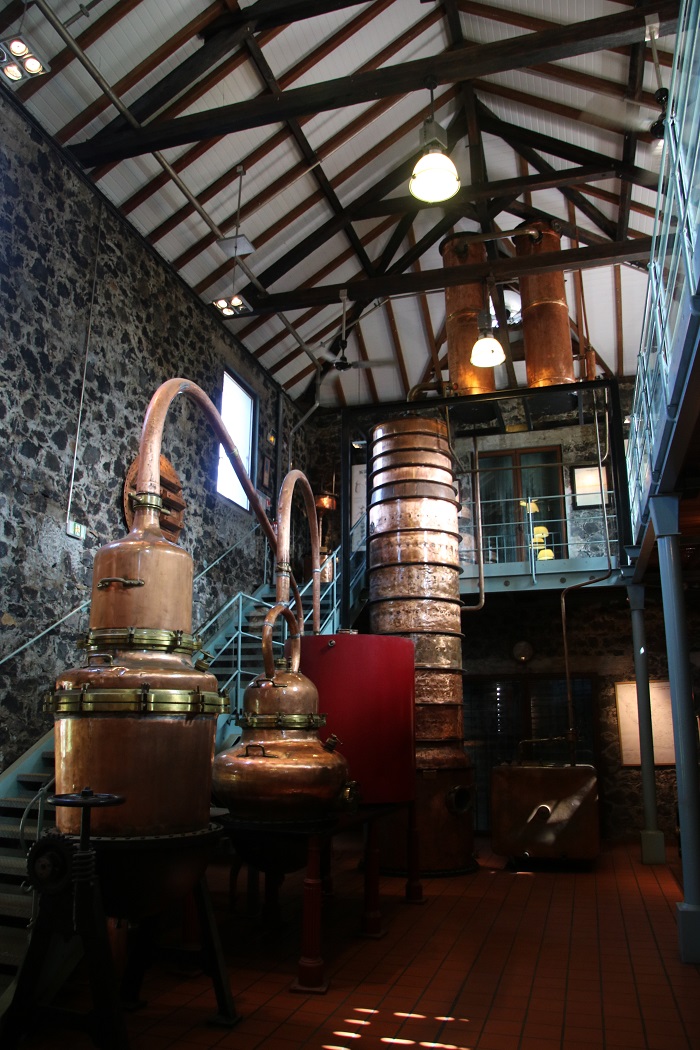 Some of the equipment looks terribly dangerous.  I can only imagine how it was to work around these huge gears as they spun under the power of powerful steam engines. 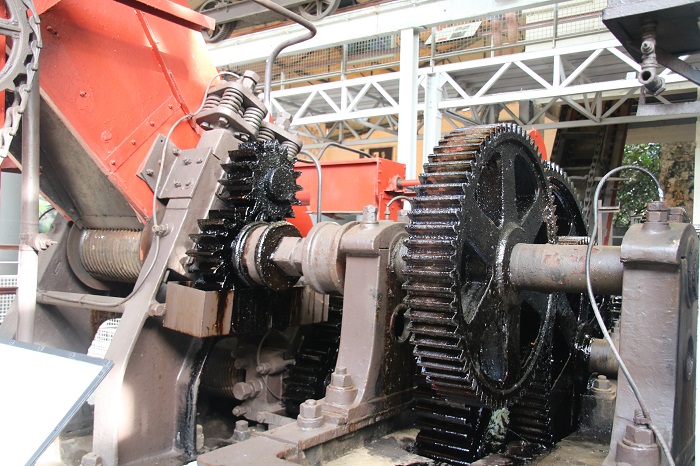 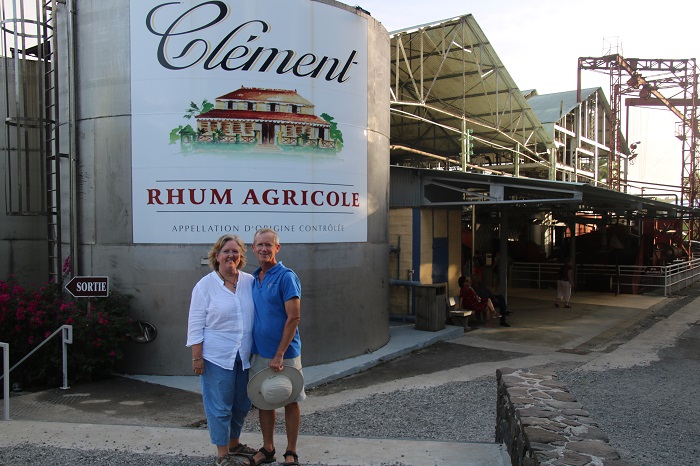 However, the factories were once much smaller and buildings located on the grounds also served as home to the owner and his family.  Generations of the Clement family lived here until the mid 80s. 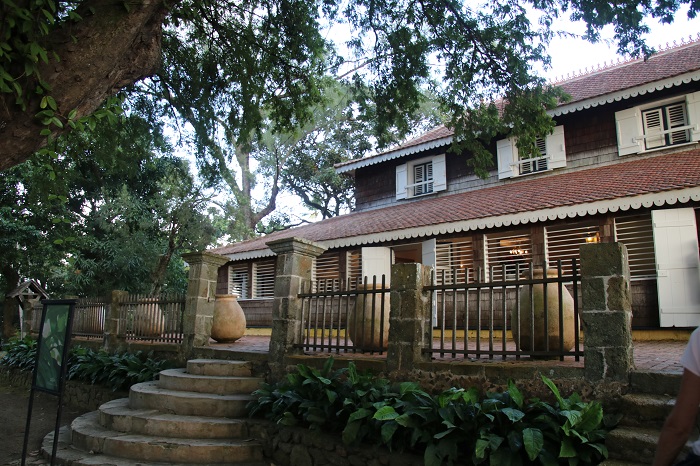 They lived very well and hosted dignitaries such as George Bush Sr, in their home.  I’ll bet they served the president some really great rums. 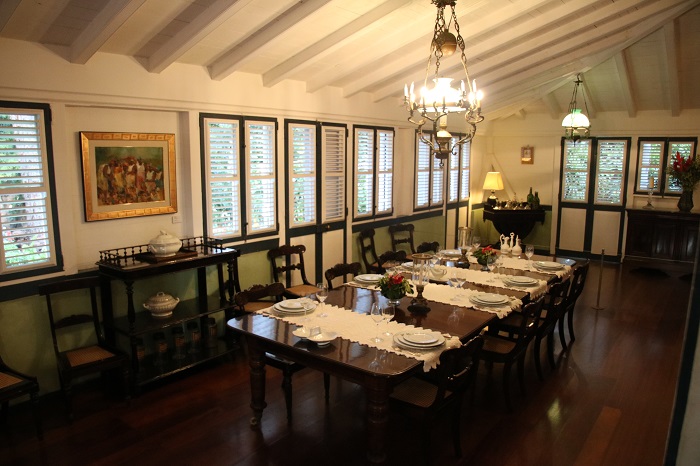 This home now serves as a tasting room and museum. 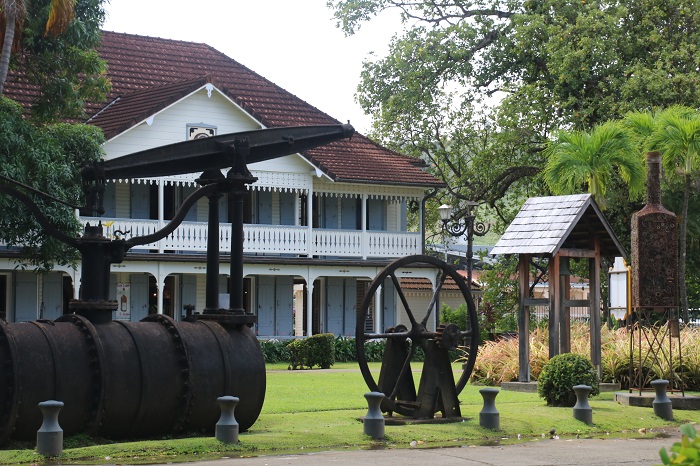 However, modern production techniques or not, rum is still aged in oak barrels and the length of time it is aged and the type of barrel used, gives the rum it’s distinctive flavor and color.   Rum also ages much faster in the warm humid climate of the Caribbean and they say that one year of aging here is equivalent to 4-5 years in a more temperate climate.    That’s one reason, beyond being close the raw material source, that rum has always been associated with the Caribbean. 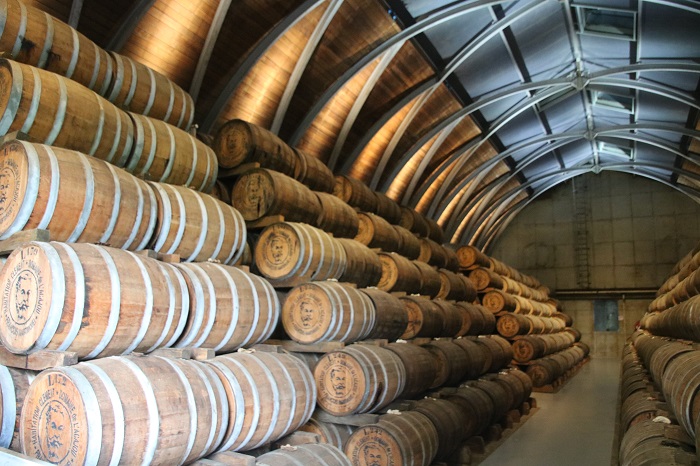 There is big money in rum and the families behind the brands became very wealthy.   The “tasting rooms” and surrounding estates are very elaborate and often include substantial art collections.  This “King Arthur deal” is 10′ tall. 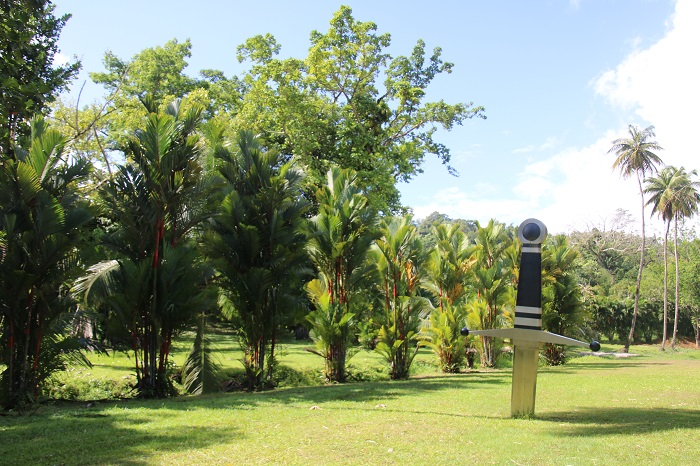 Each estate had buildings, new and old that were more impressive than the last.  Makes you want to buy rum.  Right? 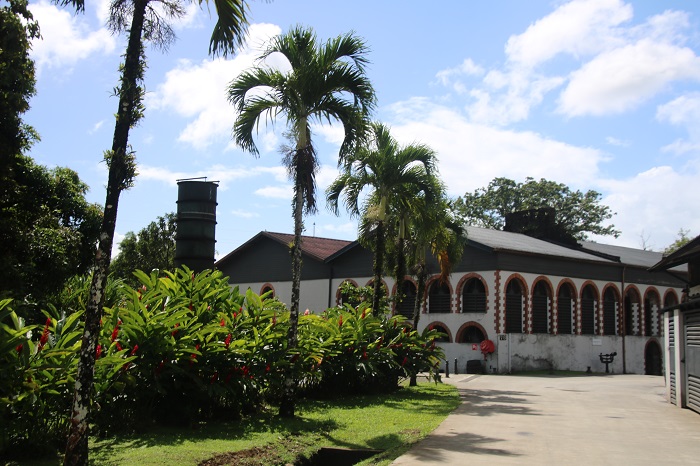 Good thing as there is always a nicely appointed tasting room ready to serve and serve us they did. 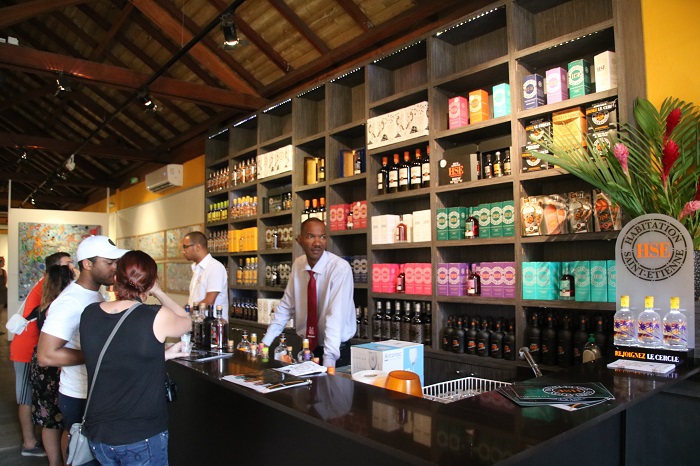 Well, I could go on all day about this but I hope you get the picture.    I purchased rums from each distillery and plan on bringing it home aboard Pandora.  Want to know first hand how it tastes?  Come and visit us and you’ll find out for yourself.

One way or the other, we had a great time making our way along the rum trail of Martinique and try as I might, I just could’t try them all.   And, I did try.

3 responses to “Wandering the rum trails of Martinique”