Sure, make that a tot for me too.

The other night I invited the Royal Naval Tot club of Antigua and Barbuda to address the Salty Dawg Rally group and share a bit of history of this very unique club.   Following that introduction at one of our earlier events, last night we were invited to join them for an introductory “tot” of rum.

This group gets together every night of the year to pay tribute to a since abandoned practice of issuing a ration of rum to every sailor in the British Navy.
Here’s what they have to say about the club on their website…

“Aims of the Royal Naval Tot Club of Antigua & Barbuda

To signal the nominal end of the working day at 1800 hours local time by a gathering of like-minded individuals who make up the membership.

To carry on the revered tradition, sadly ended in 1970, by consuming a half gill of the nearest equivalent to the rum which was issued to the Royal Navy (i.e. Pusser’s Blue Label).

To confirm daily allegiance to and/or respect for the Crown by proposing the Loyal Toast to Her Majesty, the Queen.

To provide Royal Navy warships with marine based leisure activities and organise entertainment for the crew in the Nelson’s Dockyard area.

To promote and foster friendship and goodwill in the English Harbour and Falmouth Harbour areas through entertainment and social services.”

I had first learned of the group last April when I attended one of their ceremonies and wrote about it in this post.

I was so intrigued by what I experienced, I thought it would be fun to share it with the rally fleet Dawgs.

So, last evening we assembled at 18:00 in Nelson’s Dockyard,  a perfect place to reflect on the history of Antigua, the British Navy and the Queen.

I introduced the Dawgs to the Tot Club.   That’s me in the white shirt and tan shorts. 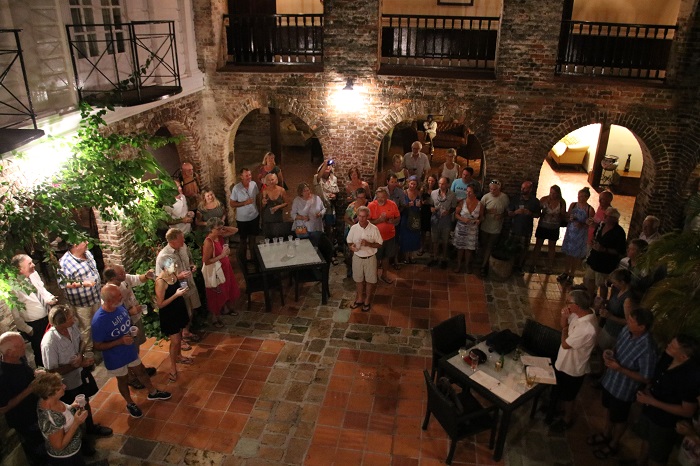 After the introductions were done, Tot Club leadership officiated and instructed us to “cleanse our palates” with a bit of water. 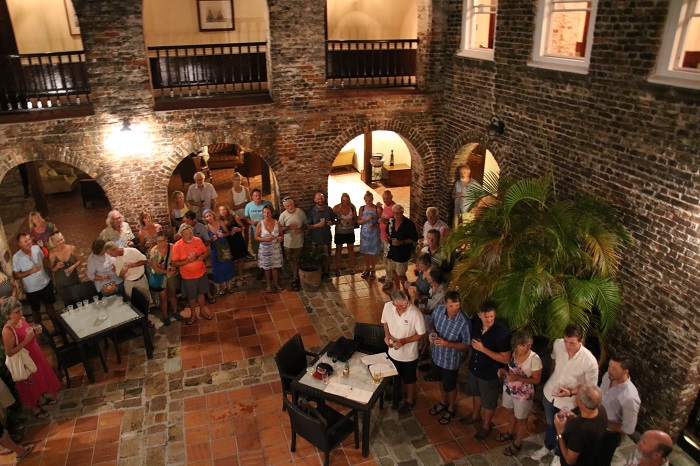 We raised our glasses, toasts were made and a final tribute to the Queen.  Then, everyone, well, nearly everyone, downed the “measure” of rum in a single gulp followed by a swallow of water to kill the burn. 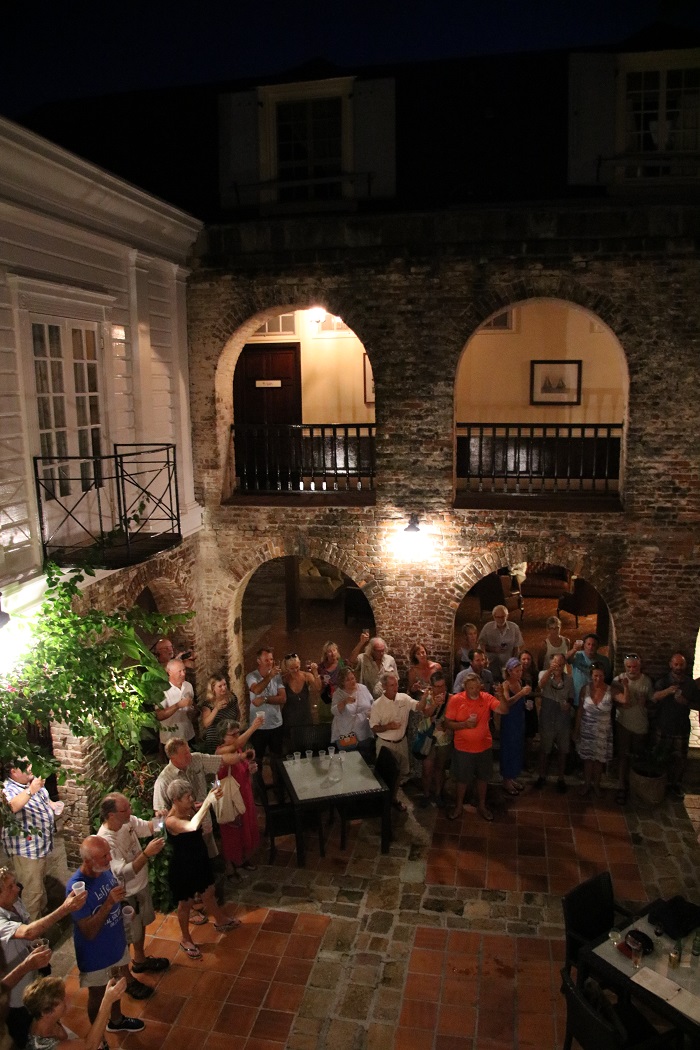 It was a very unique event and I think that the Dawgs really enjoyed themselves.  And, I can’t think of a spot where this custom would be more appropriate than in such a historic spot, in the midst of Nelson’s dockyard, the home of the British Navy here in the Caribbean in the age of sail.

I’d very much like to join the club myself and hope to do so in the coming months.  I won’t go into what’s involved in this except to say that it involves  drinking a lot of “tots” and a good deal of memorization, two activities that don’t seem to be compatible.

However, I do enjoy the history of the area and hey, they have an awesome burgee.  And all that is motivation enough for me to stay the course.  I hope my liver holds out.