A visit to the Chesapeake Maritime Museum and off to Camp Letts.

In preparation for our trip I installed a Single Sideband radio for long distance communication last winter.   However, I have not been able to make it work in spite of a number of attempts and have not been able to identify where I went wrong.  However, my friend Rick on Altair came over to Pandora a few days ago and we worked together to find out what was wrong.  After a good bit of crawling around,  one by Rick in a VERY tight spot, we discovered that the problem was very simple, as is so often the case.   It seems that I had inadvertently put the antenna tuner cable on the incorrect fitting.  There are two and I had picked the wrong one.  Oops!  We moved it and now I am in business.  However, the whole SSB thing is a bit like voodoo to me and I am still struggling with the many, many buttons and settings.  I was able to call Rick on his boat yesterday and got a good signal.  Today I participated in a cruisers net for the first time and had some luck.  I had a considerable amount of interference but was able to announce myself and hear the moderator, sort of.  This particular net meets at 08:30 EST on 8.152 MH each morning and includes boats from all over.  The advantage of the SSB is that you can speak to others that may be thousands of miles away unlike the VHF which is only good to perhaps 15 miles out or line of sight for the antenna.   Being the social sort that I am, I can already see how I am going to really get into this whole deal of keeping in touch with friends this way.   Another value, and certainly the most important one, is being able to contact the the Coast Guard if we run into problems.   That and the ability to talk to the weather router, Chris Parker, prior to setting out offshore are good reasons to have an SSB.     I am quite excited to be involved and to have my new shiny call sign, WDG5288.

Today we head to Camp Letts on the Rhode River near Annapolis for the SSCA gam.  We are excited about seeing some of our friends and making new ones.  The great thing about this group is that nearly everyone who attends spend a good deal of time aboard and most will be headed south like us after the gam and boat show.   We will also be seeing some of our Corinthian friends there which will be nice too.

Yesterday I visited the Chesapeake Maritime Museum here in St Michaels.  They have a modest but well maintained collection of classic watercraft.

I particularly liked this one.  Martha is a good example of an easily driven hull.  As horsepower increased over the years, designers were less concerned about having a slippery hull shape.  However, now that the price of fuel is going up all the time, that attitude is changing as well.  Having said that, the working watercraft in this area are more slender than in other areas that I have been so the long and narrow boats are still very much a part of the scene down here. 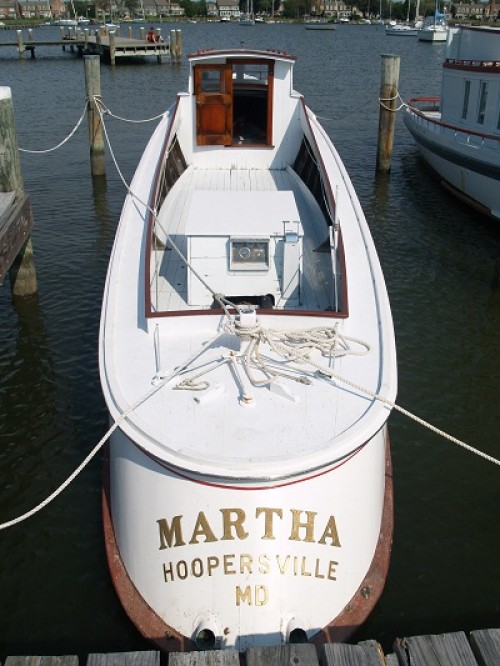 This is a wonderful lighthouse of the sort that used to be very common in this area.  This one was moved here years ago as it was replaced with an automated bouy.  At one time there were dozens of these on the bay.  They are called screw pile lighthouses due to the fact that they were secured in place by steel posts screwed into the bottom.  This approach worked very well due to the uniform sand and mud bottom (not many rocks) that the bay bottom is composed of. 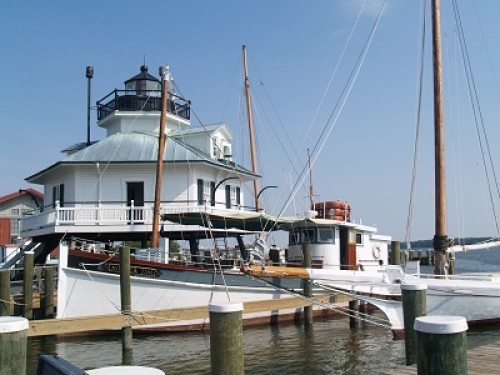 The “signature” boat type from this area was, and still in some places, is the Chesapeake Bay Skipjack which was the standard type used to harvest oysters under sail.   The museum has an active rebuilding program to preserve these wonderful vessels. 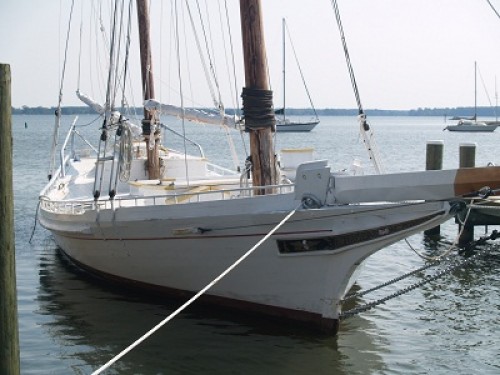 This is a good example of a bridge-design working craft style that came into being as sail was being phased out and the current motor powered vessels were coming in.  The hull shape is very similar to it’s sailing cousin but it’s powered by diesel. 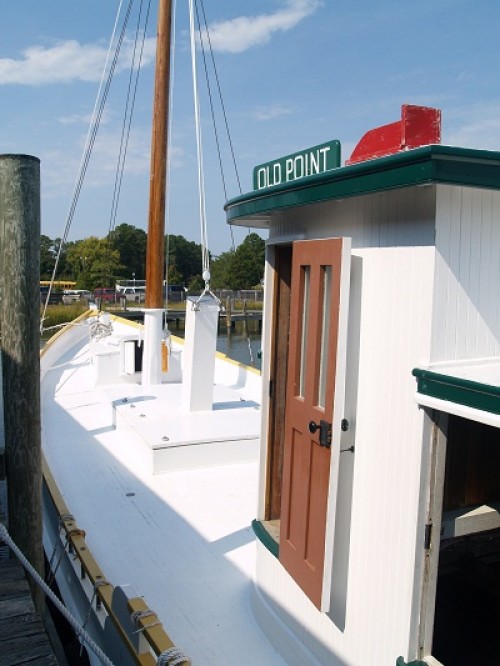 Here’s a shot of her from a distance.  Not sure that either this or the next shot do justice to her lovely lines.  However, I like the photos never the less. 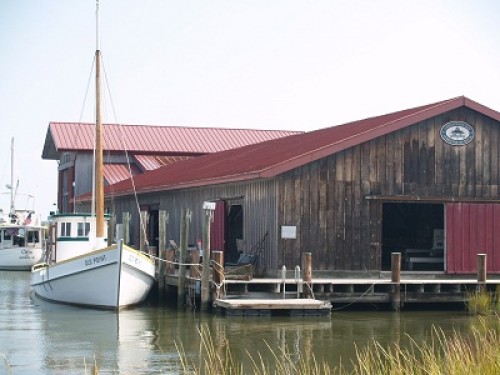 I climbed to the top of the lighthouse and enjoyed the commanding view of the harbor.  This view is of the inner harbor. 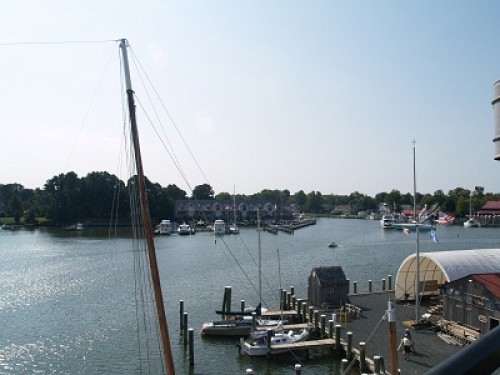 This is the view in the other direction and is where we like to anchor.  Pandora’s mast is just sticking up behind the red roof to the right. 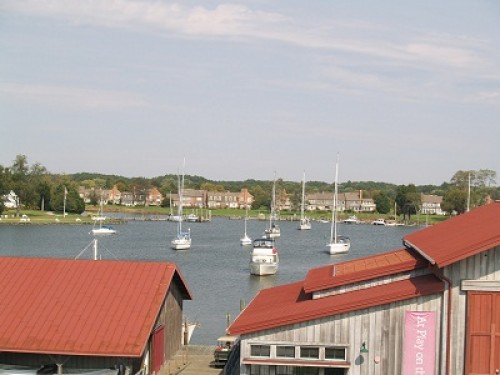 St Michaels is such a great spot to visit I hated to leave today.  Off to Camp Letts to learn more about what to expect as we head south over the next few months from those who do this sort of thing all the time.  Perhaps I can also learn more about my SSB too.