We visited Cuttyhunk MA over the weekend on our way to Martha’s Vineyard and were thrilled to see our first golf cart parade.  As Cuttyhunk is a very small island served by a passenger ferry from New Bedford, on the main land, there are very few cars.   The island is only about 1/3 built up so there is plenty of openn space.   However, think twice before you go bushwacking into the wild spaces as the island is overrun with deer ticks, something that Brenda and found out the hard way years ago.  With only very limited shopping on the island, you’d better come with everything that you need.  It’s still quite rural and the views from the top of the “hill” are really impressive.  Pandora’s outside in the bight on a mooring. 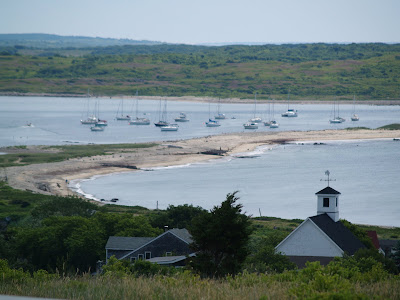 When we arrived on Saturday evening it was late and while we tried to anchor twice but couldn’t make our Bruce anchor hold well enough for my comfort so we took the last mooring available.  The weekends of the 4th and Labor Day are the two busiest of the year for the island.

We visited the Cuttyhunk Historical Society museum and enjoyed a wonderful exhibit on the history of fishing for striped bass on the island over the years. The island has been known as a great spot for stripers for ever and it’s a major draw for fisherman.   The museum is worth a visit.  Very nicely done. 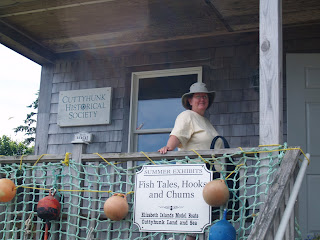 There was even a nice exhibit of model boats, some on loan from nearby island residents.  I was particularly intrigued by this model, some 6′ long that was used to instruct new sailors on how to set the sails. 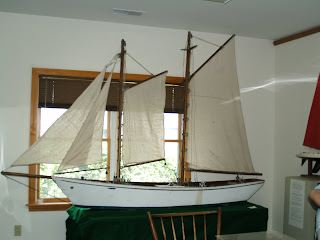 The homes on the island are very tasteful and all have the weathered shingle look that fits in well.  Unlike so many coastal communities, it seems that the locals guard the look of the architecture and don’t let homes  that don’t fit in get built.  Lots of wonderful gardens, all neatly tended. 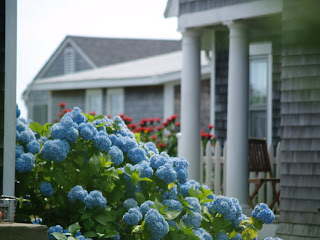 The dock for tenders was all the evidence you would need to know that this is a busy weekend. 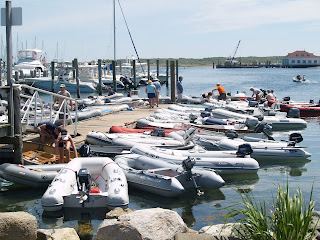 Just about all of the residents on Cuttyhunk get around by golf cart.  So it’s fitting that a parade for the 4th would feature decorated carts. 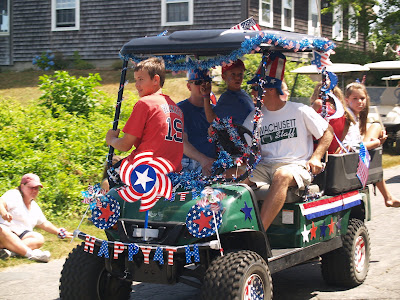 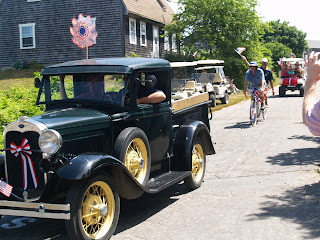 Even though the winter population is less than 50, that doesn’t keep the locals from having their own police officer who carries a gun, night stick and a two way radio.  I wonder who he talks to on that radio anyway as there wasn’t any evidence of another officer.  Hmm…  He also has the only new vehicle on the island. 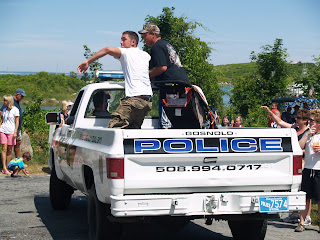 After leaving Cuttyhunk we headed up to Martha’s Vineyard to Lake Tashmoo, a wonderful harbor on the western side of the island.  By the time that we arrived it was blowing nearly 20kts and the tide was running hard.  Going into the channel was a nerve wracking moment as the depth sounder counted less than 1ft under the keel.  As it was nearly high tide I am not sure what will happen when we leave today.   However, the tidal range here is less than 2 feet so I hope that won’t get stuck.

When I was below making lunch Brenda called me up because we were being approached by this yacht.  I wasn’t able to take a photo quick enough to show her bow pointing straight toward us and just a few hundred feet away.  This boat was massive and very fast, beating into a 20kt wind against the tide.  They were incredibly quik.  What a sight.  It’s hard to imagine the money it takes to keep a thoroughbred like that in oats. 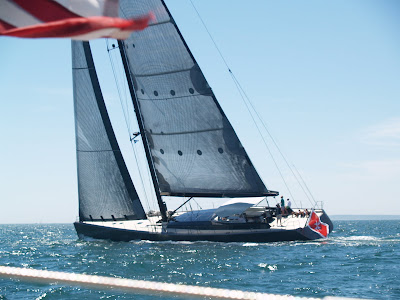 Today we are taking two friends out for a sail and a visit to Hadley Harbor on Naushon.   With a little wind and the wonderful lunch that Brenda has prepared, it should be a great day.  Time to do the dishes and get ready for their arrival.