It’s Wednesday morning and I am snug on a mooring in West End, Soper’s Hole, Tortola, where Pandora will stay for two weeks until I return.  Yes, I am heading home to CT, but first to MD where I will visit our son Rob, his wife Kandice and, of course, little Tori, our granddaughter.  Actually, Tori isn’t quite so little any more, well at least not as little as she was when I saw her more than two months ago, prior to heading out for the winter aboard Pandora with Brenda.

“Grampy is coming to see me?  Who’s Grampy?” 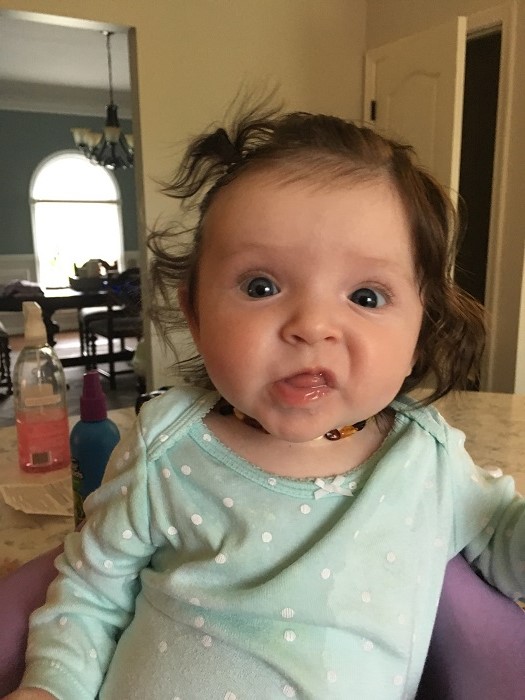 “Whatever.  I’ll get dressed up anyway, just in case he’s nice.  Do these pigtails make me look older?” 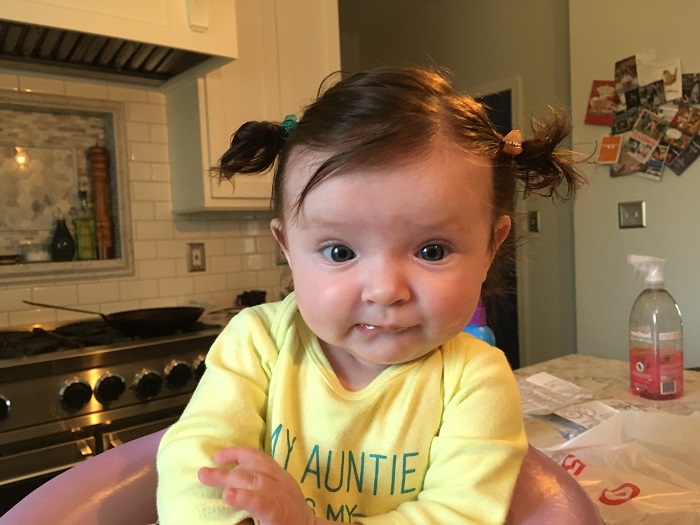 My friend Craig headed back to work after a week aboard as we ran from Antigua to the BVIs and I have been alone since Saturday although I’ll admit that it feels like weeks. I don’t do “alone” well.  Actually, I haven’t been alone, just without Brenda, which is about the same thing.  “Bob, Bob, you are such a sap!  Pathetic, you’re an adult!”  Yes, I know but it’s my story and I’m sticking with it.

After Craig left on Saturday I decided to head over to St Thomas, Charlotte Amali, the largest harbor in the American Virgin Islands, so that I’d have access to my phone for “local” calls since I was going to be alone for a few days.  As luck would have it, my friends Maureen and Bill of Kalunamoo were there to so I followed them around for a few days.  That was a good distraction and it was fun to see the sights through the eyes of someone who’d “been there”.

The harbor was a riot of activity as there was some sort of week-long festival going on.    There was a nasty wrap-around swell coming into the harbor that made it pretty uncomfortable to be on board with Pandora rocking one way and the other all night long.   During the day there was loads of boat traffic that added to the confused waters in the harbor.

There was a powerboat race one afternoon and the crowds lined up on the waterfront to watch the action. 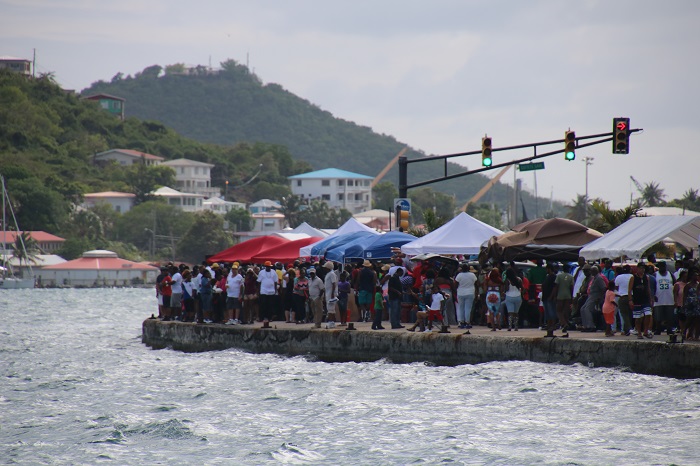 This guy did a lot more “tooing and frooing” (sp?) than was really necessary as he showed off his boat.  Not sure how he did it, but he somehow found a way to make his outboard way louder than normal.   He did look pretty pleased with himself. 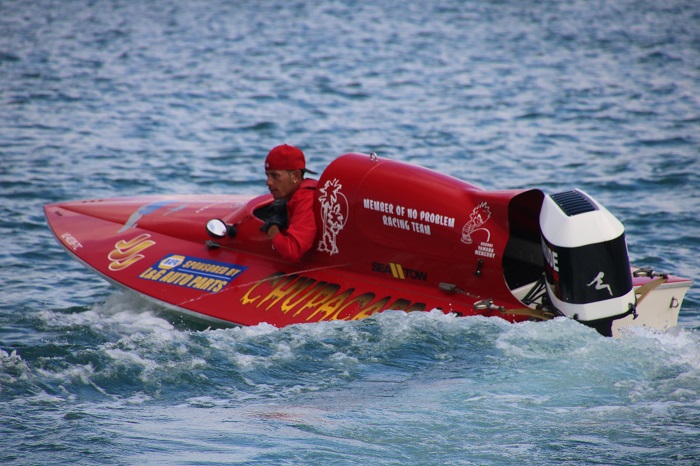 I guess if that was my boat, I’d do the exact same thing.  I am positive that my son Rob would be that way also, the “motor-head” that he is.

On shore there was plenty going on with stalls selling drinks and food along with blaring music pumped out of oversize speakers, each louder than the last.  There were also a number of steel drum orchestras, if that’s what you call them, including this “mobile” version with it’s own custom trailer.   I guess that this saves them a lot of packing up time when they need to get on the road. 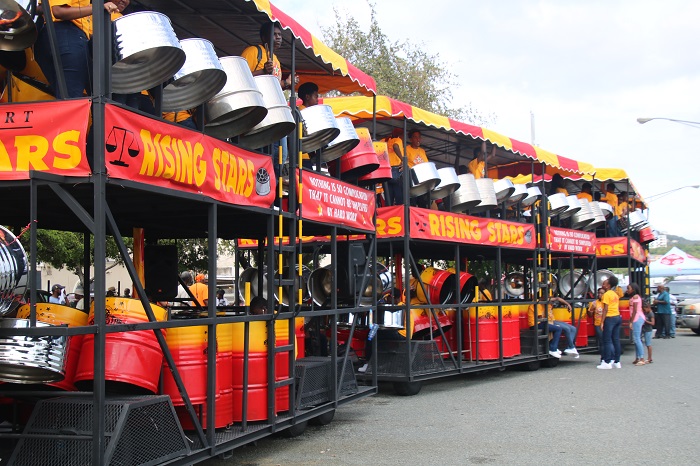 I enjoyed watching this group of kids playing their hearts out. 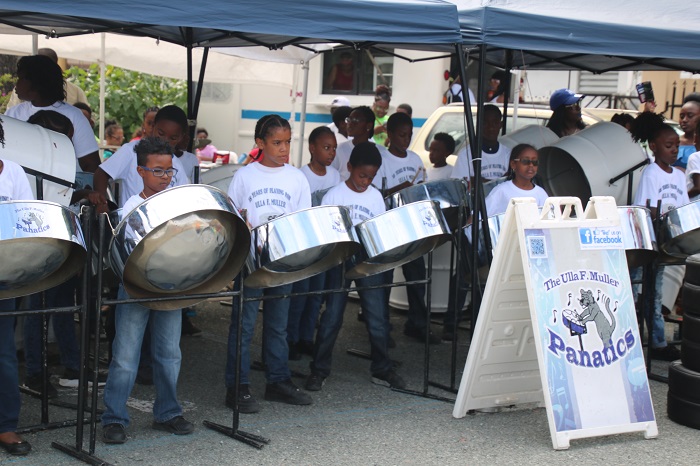 This girl was clearly absorbed in the music.  Love the hair style.  I wonder it hurts to comb it out. 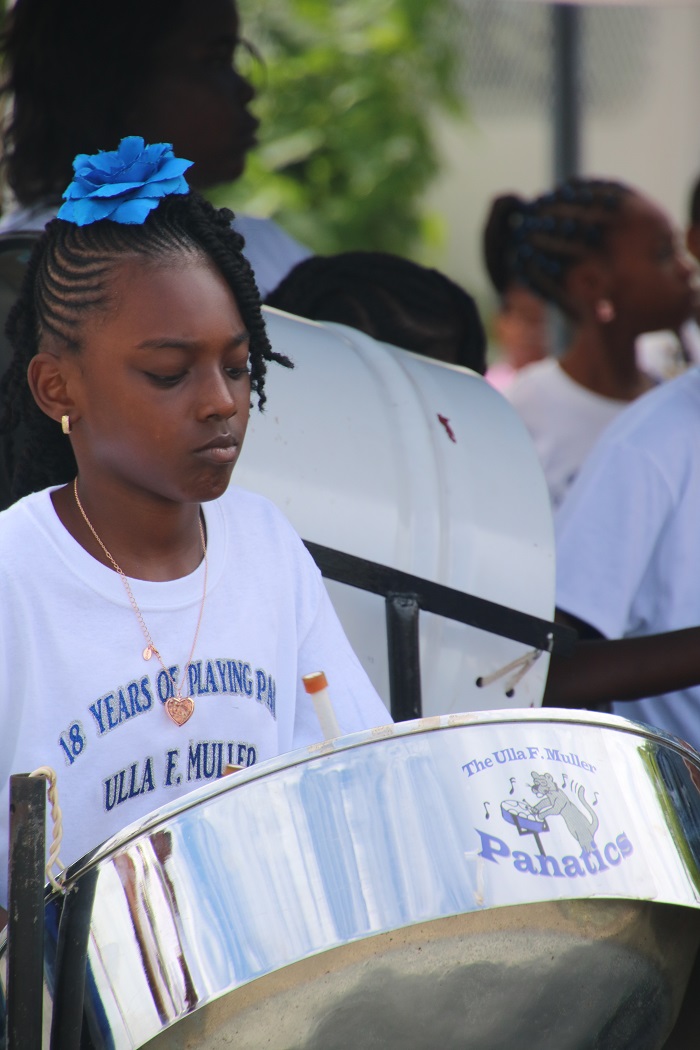 If there was any doubt that I was back in U.S. waters with all the racing powerboats, the tricked out cars lining the road made it perfectly clear.   This line of VWs on display was terrific. 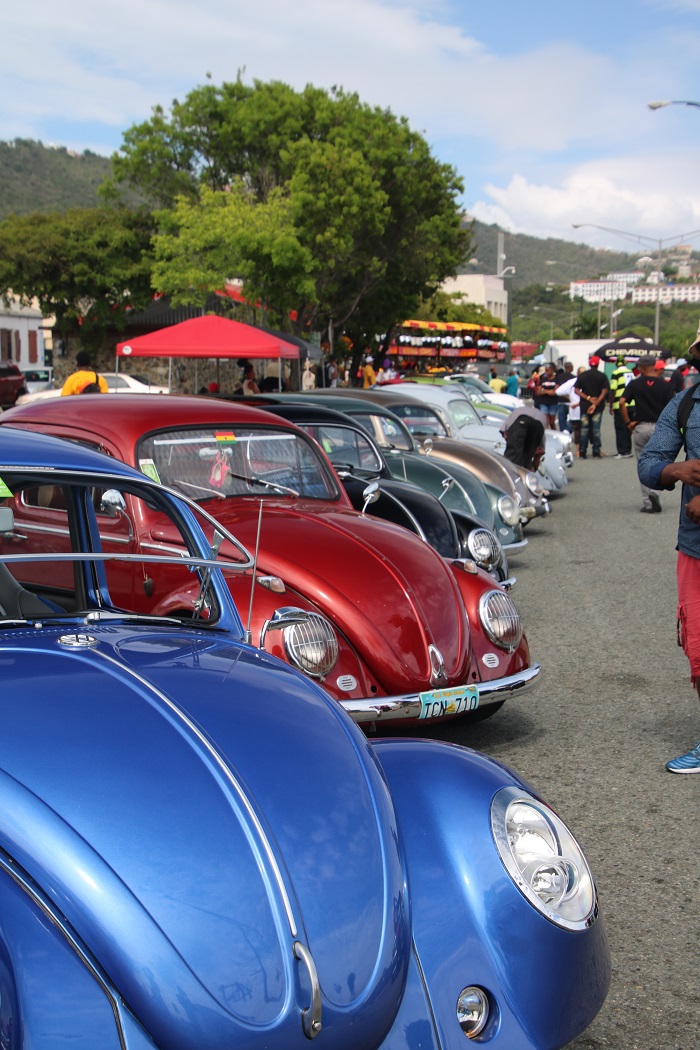 No, this Bug is not “factory original” but awesome.  I wonder how many sets of tires he, and the owner must be a “he”, goes through in a year, or month? 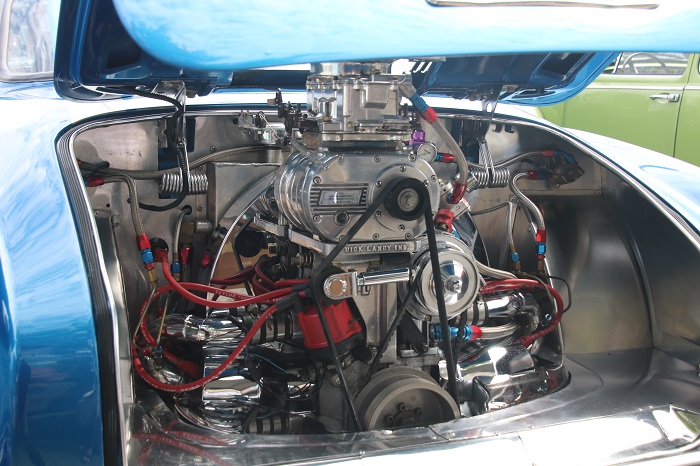 The waterfront is lined with historic warehouses with lovely alleyways lined with restaurants to explore. 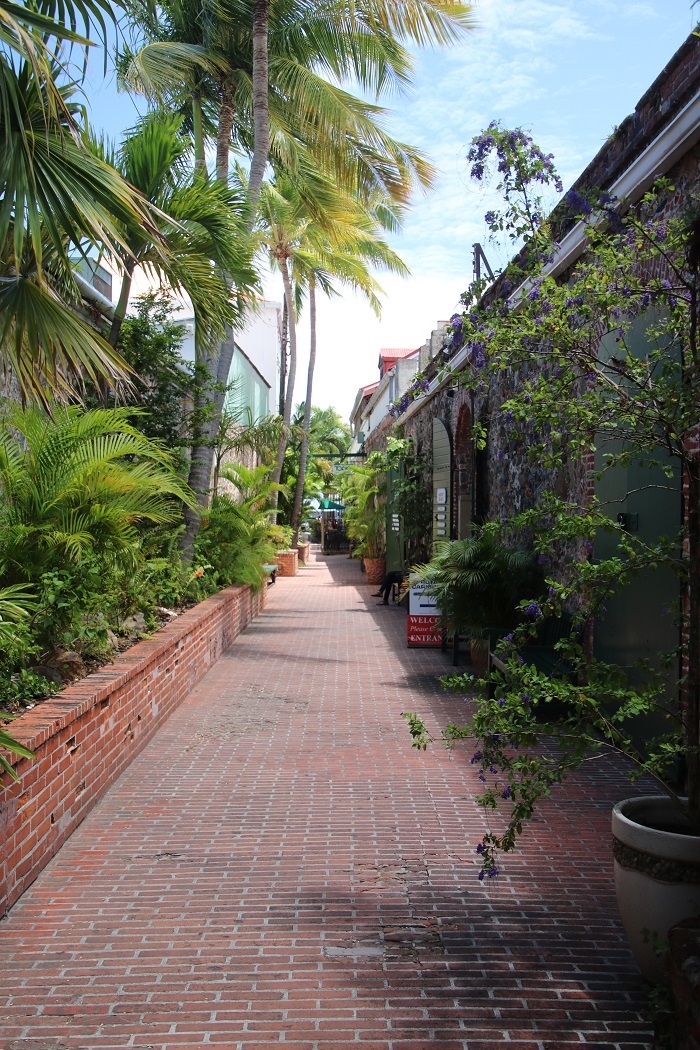 A very popular pastime for visitors is to climb the “99 steps”, actually 103 but who’s counting.   They end at “Blackbeard’s Castle” although it’s now the site of an inn and restaurant. 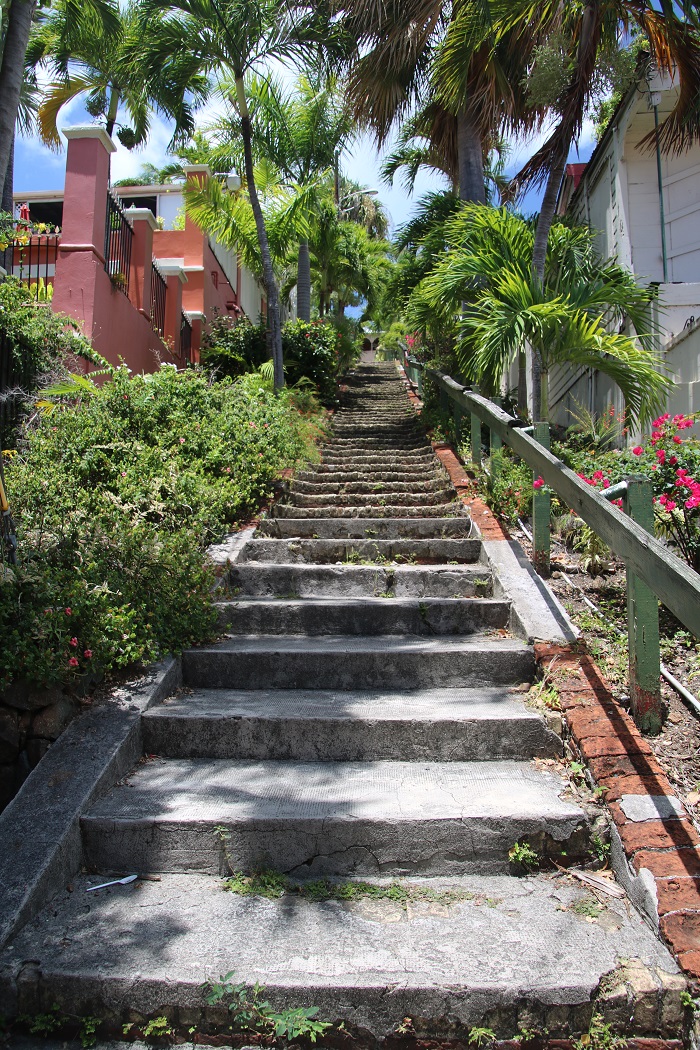 The view of the harbor from up top was beautiful. 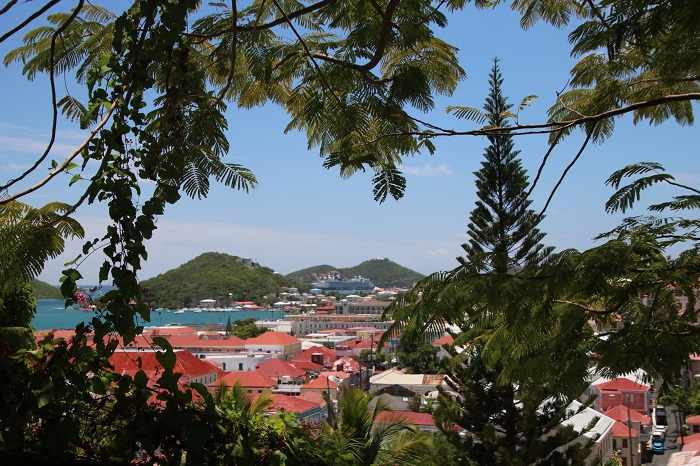 With gardens and wonderfully restored buildings. 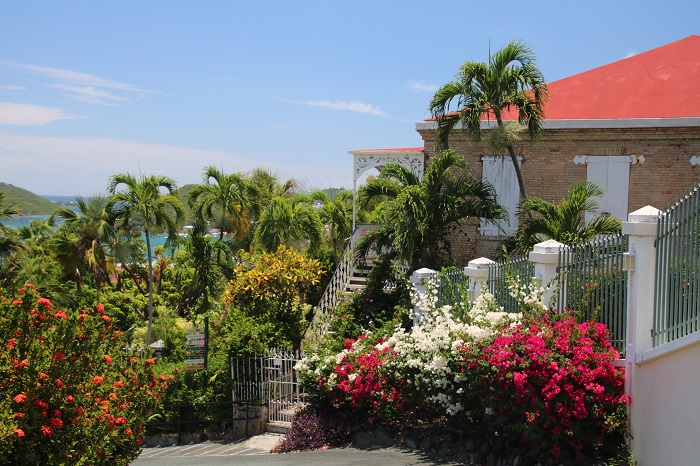 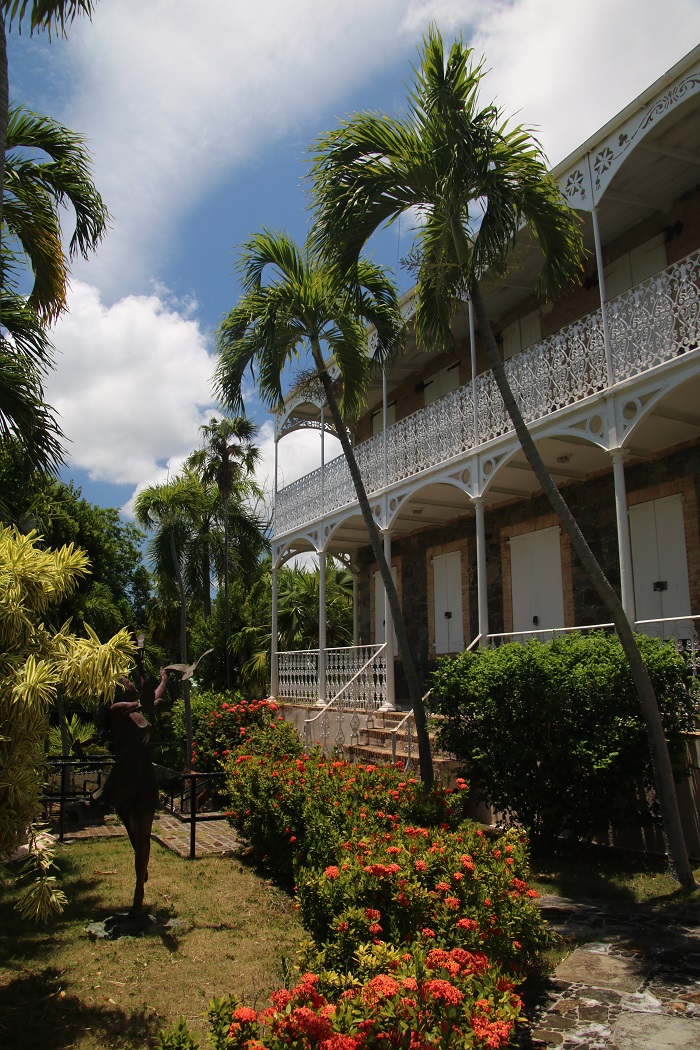 There’s Pandora out in the harbor, dwarfed by the nearby cruise ship.  The water looks smoother than it was.  Did I mention that it was bumpy? 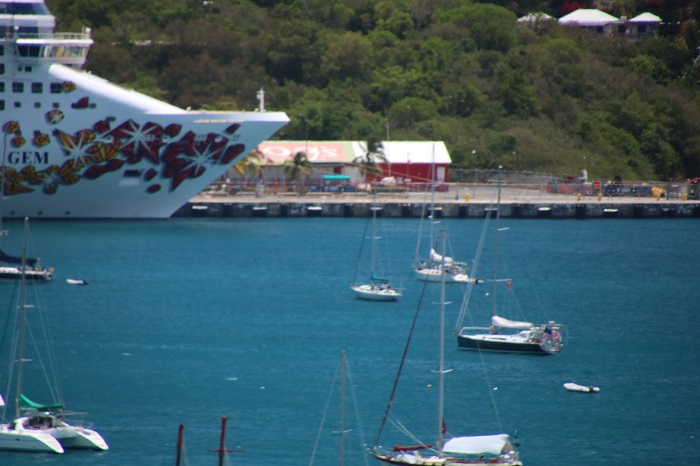 I loved this sculpture of three women who led a slave revolt in 1878.  Beautifully done. 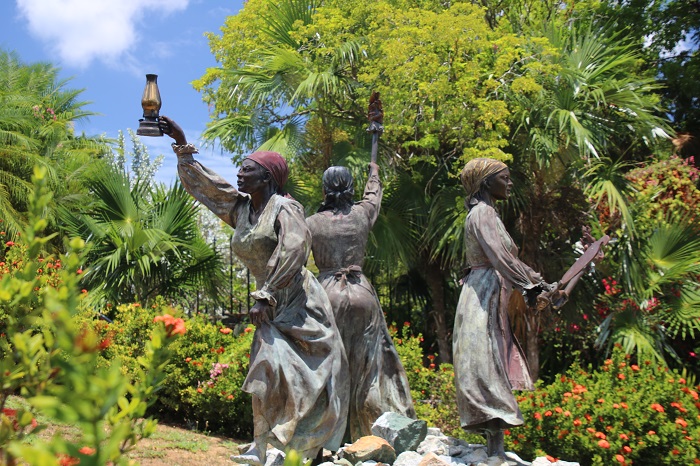 So, after a few days enjoying the sights in St. Thomas I headed back over to Tortola were I’ll be leaving Pandora while I head home.   Happily, Bill and Linda of Sapphire are here and will keep an eye on Pandora to be sure that all is well until I return.

The plan is for crew to join me here for the run north to CT in mid May.

I am looking forward to being home and then my return to Pandora.  I sure hope that the run north is smoother than our run was to get here in January, gales and all.

But, that’s another story and one that I am not looking to repeat any time soon.