It’s Thursday morning and the sun is just coming up over the mountains here in West End Tortola.  After  8 days at sea, 189.5 hours actually, and over 1,100 miles of blue water along with three days of gale force winds, not to put too fine a point on it, we arrived at our destination only a little worse for wear.  Our average speed was just over 6kts which was less than I would have expected since there were plenty of times when the GPS reading in the double digits as we plummeted down the face of 20’ waves, several times topping out at better than 17kts.  “Hang on guys! ”  However, as we crawled up the face of the next wave we’d quickly slow to something like 4.5kts.    I guess it’s all about averages and well, that’s the average.

Anyway, this blog isn’t about numbers (well mostly) so I won’t beat that horse any longer.  All and all, it was a good run, if in a more than “salty” way than I would have liked.

All I can say is that WE HAD BETTER HAVE FUN here in the Caribbean as it was totally frigging hard to get here.

I did learn two things from this trip.  First, I can endure hardship better than Brenda (I knew that actually) but not as nearly as well as Jerry and Dave, two of my crew who seem completely nonplussed by constant depravity and discomfort.  Amazing!   The second thing I learned is that Pandora is an AWESOME boat.  My thanks to Rodger Martin for designing a world class ocean ride.   But, I guess I already knew that too.  Oh well, I must have learned something but I won’t think about that too much for now as my crew, who will be cruising with me here for the next week, really want to, as my father used to say, “get the lead out” and move on with our day.   Besides, we have snorkeling to do.  More to come on that score.

Amazingly, after over a week at sea we somehow managed to time the sight of first landfall at sunrise yesterday.  This was our first real view of as the crew shouted, with enthusiasm and in unison “land ho”.   “Bob, Bob, there’s no way that happened.  You’re totally making that up.”   OK, OK, call it editorial license.   We were happy to be here at last.

Anyway, this was the first view of land for us in more than a week and how sweet it was.  And unlike those “adventures of yor” who didn’t have GPS, we actually knew where we were.  GOOD MORNING TORTOLA! 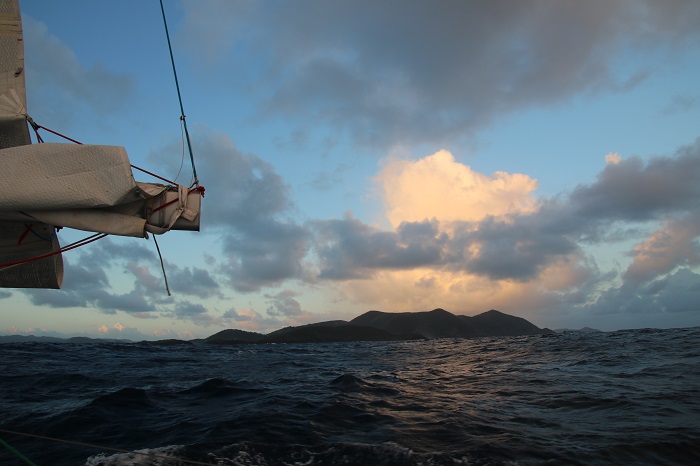 A frigate bird flew out to make a formal greeting and to be sure we were flying our “Q” flag. 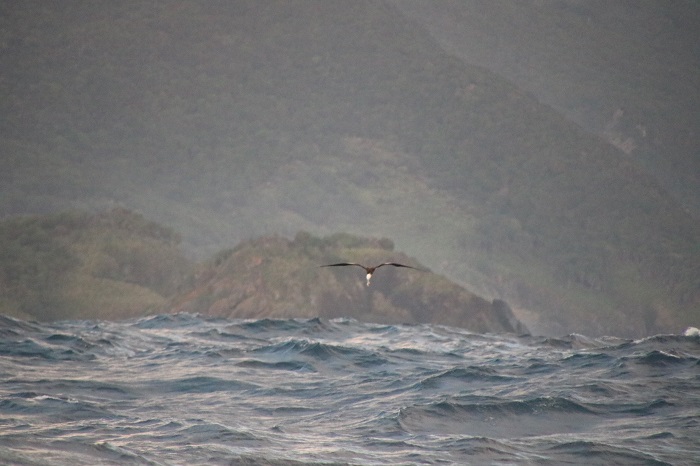 And speaking of “frigate” the crew was more than happy to pull down those “frigating” sails. 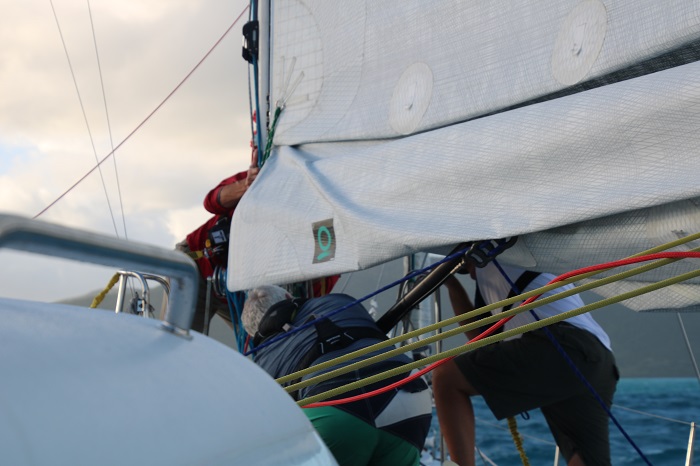 And in the “you can’t make this s*&% up” department a rainbow formed as we entered sheltered waters.  “No way Bob, you Photo Shopped that.”  Yes way…a real BVI rainbow to greet us.   Those Brits, they really know how to say welcome. 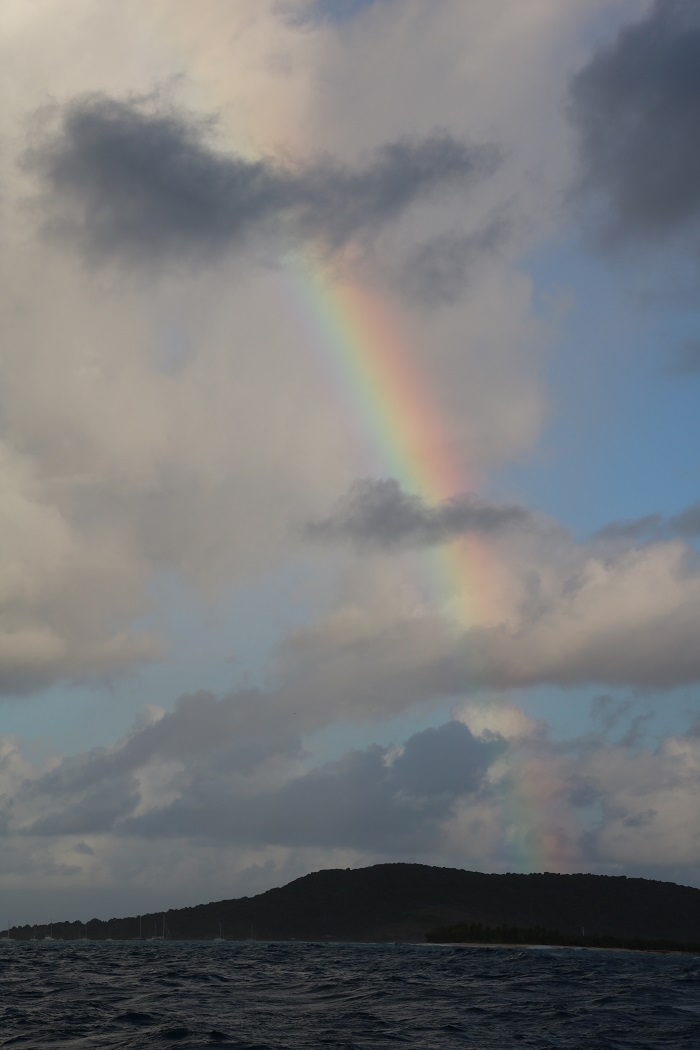 Yes, welcome to paradise and to paraphrase my late father after 8 days at sea, it was “good to be seen” as we arrived in the beautiful BVI.

It was a remarkable if often really annoying journey and I am so happy to be here. What a beautiful harbor. 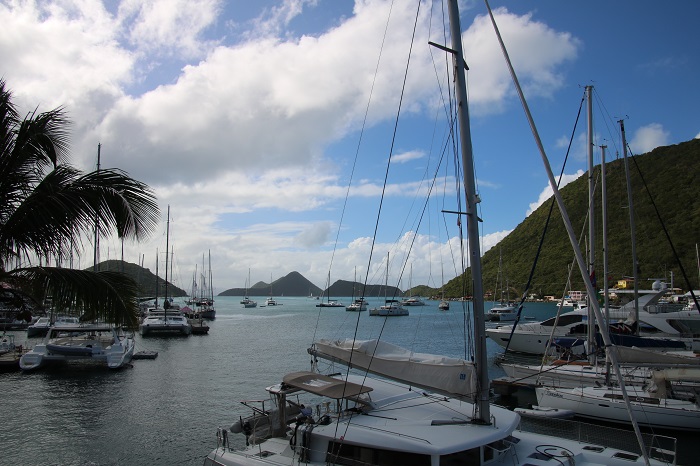