Yes, it looks like Wednesday’s the day! BVI, here we come!!!

I spoke with Chris Parker today and his original recommendation that Wednesday the 4th will be good for a departure to head to the BVI still stands. This is actually a surprise to me as long range forecasts usually don’t turn out to be quite the same when they are no longer long range.

So, here’s what Chris thinks things will look like for next week.

I could leave either Wednesday or Thursday from Beaufort but a departure on Wednesday puts us south of the Gulf Stream in advance of strong NW winds in the range of 20-30kts with higher gusts that we’d likely see with a Thursday departure.

After that the winds should go light with a continued NW component followed by light winds for Saturday and Sunday, suggesting a few days of motoring.

On Monday it looks like NW winds will build again which will allow us to carry the rumbline all the way south to the BVI.   This is in contrast to the “normal” run to the eastern Caribbean that generally calls for a lot of easting toward Bermuda prior to heading south when we reach the easterly trade winds.  Of course, a straight shot is also shorter which may mean a total run of a week or perhaps a day or two longer if we have to motor a lot.

However, if we are delayed and can’t get going on Wednesday we will probably have to wait until the weekend or next Monday to avoid the next front that rolls off the coast after Wednesday.

And speaking of delays, remember the “unfinished” work  on Pandora that I wrote about the other day?   As I mentioned in my last post, I was able to find someone to look in on Pandora on Friday who told me that some of the work was completed but that the cockpit glazing was not in place.  Yesterday I finally heard from the yard owners, who are now back from their vacation.   They reported that the cockpit glazing is now in place so we should be “good to go” unless something else comes up.   I still don’t understand why the sub that is doing the work would not return my calls, or those from the marina.   He still hasn’t contacted me, work done or not.

As of now, it looks like Pandora and her crew are in for a good run with good conditions for a few days of easy fast sailing when we get underway. This is very good as Dave and Jerry are not familiar with Pandora so I don’t want to “jump into the fire” right away with heavy conditions.

I fully expect to see some “sporty” conditions during the trip but it would be best to have that later in the run when we are more settled in to our routine.

While it’s supposed to rain on Monday and Tuesday, it looks like the high on Wednesday will be around 60 degrees which is a lot more appealing than being out in near freezing conditions as we begin our run.

Of course, every post should have at least one photo so how about a sunset photo as Brenda and I entered Cuban waters last March?  That seems like a long time ago.  What an amazing trip that turned out to be. 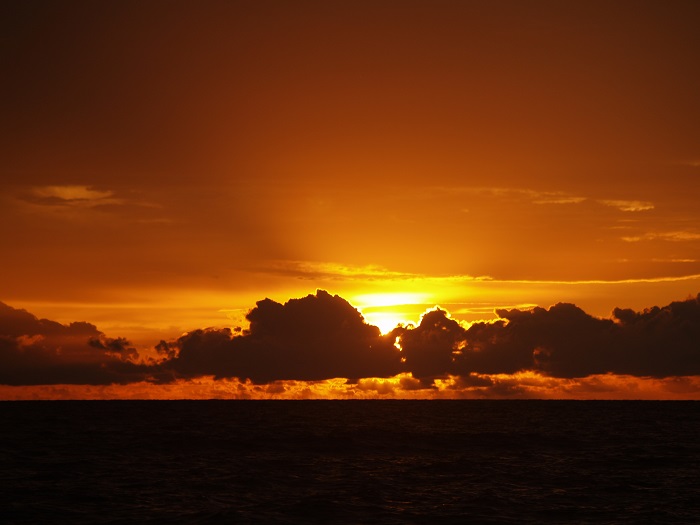 Yes, I expect that this winter will be filled with wonder too as have the last 4 for me and Brenda.

And, speaking of “wonder”, how about a photo from yesterday of our granddaughter Tori in her “Pandora crew” shirt?   She’s pretty excited about our trip too. 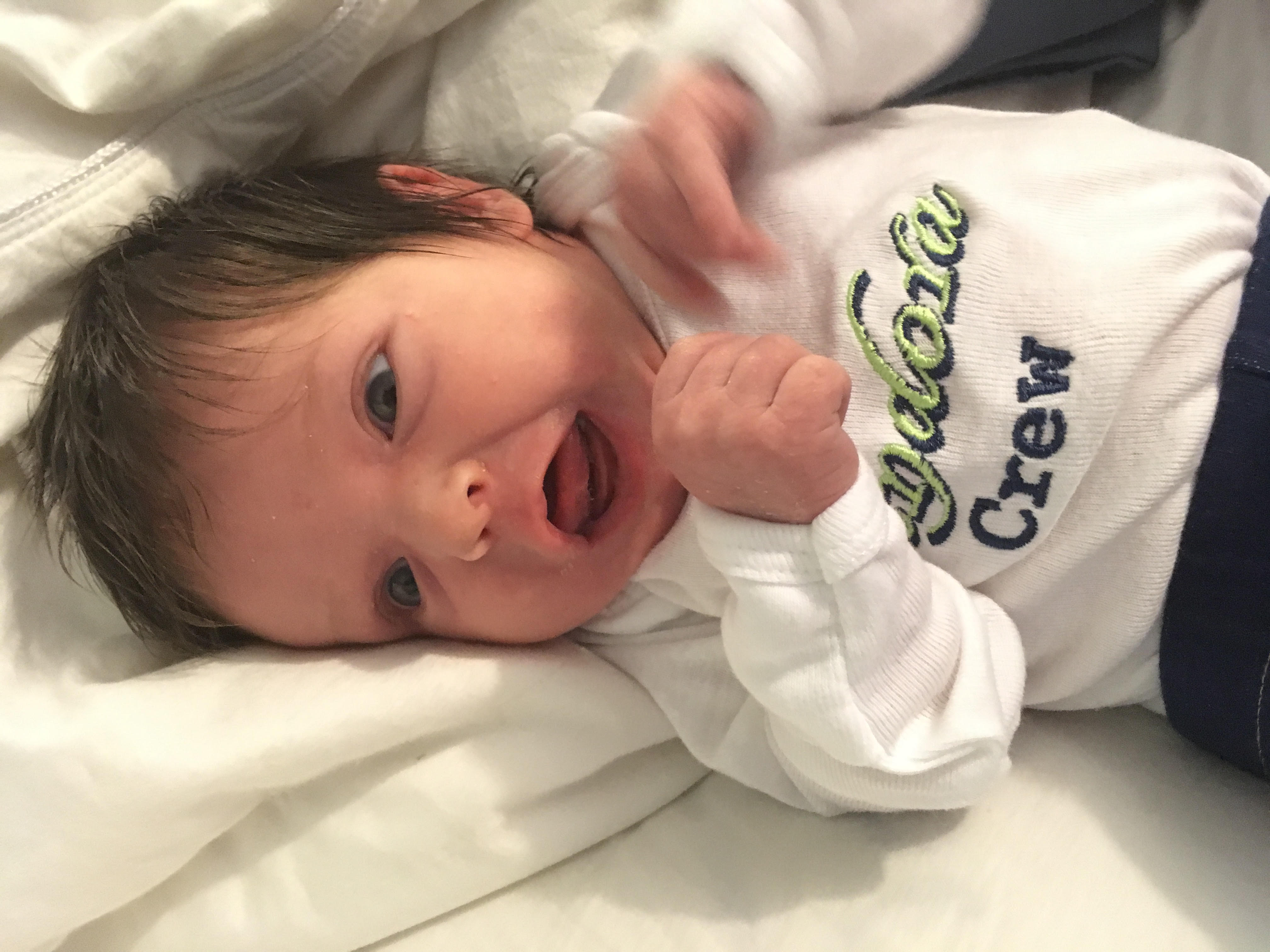 I really feel so sorry for all the mothers who’s children are not as cute Tori.   Yes, and when it comes to “wonder” I sure hope that I don’t find my self “wondering” why I decided to make a run from the US to the BVI, beginning in January”.   I guess you will have to stay tuned to see how it goes.

So, here’s to a terrific run next week.    Yes, indeed, it looks like Wednesday’s the day.

Don’t forget to check out “Where in the World is Pandora” on this page.  I’ll have my new tracker working by Tuesday so you will be able to see where we are at most any time all the way.

I’ll be back in a few days with an update.

Happy New Year!  It’s going to be great, I’m sure.

One response to “Yes, it looks like Wednesday’s the day! BVI, here we come!!!”