After weeks, no make that months, of thinking about and planning for my run from Beaufort NC to the BVI I can’t believe that it looks like it’s going to happen next week.

I spoke to Chris Parker, the weather router that we use, today and he feels that there will be a window, perhaps on Wednesday January 4th for us to leave Beaufort and begin our run south.  The window actually looks pretty good with 4-5 days of north component winds to get us across the Gulf Stream and far enough east and south before the next cold front rolls off  of the coast at the end of next week.

Yes, crossing the Gulf Stream with a northerly component wind isn’t great fun, but I expect that Chris Parker feels that Pandora and her crew can take it and that it probably won’t be a particularly strong wind.  Chris knows that I am open to more “sporty” conditions with crew than when I am when Brenda’s aboard and he is aware that, in this case, Brenda will be joining Pandora in the BVI via the “silver bird” after Pandora’s all settled and cleaned up from the trip.  Actually, I plan to fly back home once more to see our new granddaughter and to get the house closed up and winterized for the time we will be away.

On the remote chance that you have forgotten what our new granddaughter looks like, here’s Tori on Christmas day, wearing the outfit that Brenda knitted.

As I told her about our plans for the winter, you can see that the was plainly gripped by my tale of adventure. 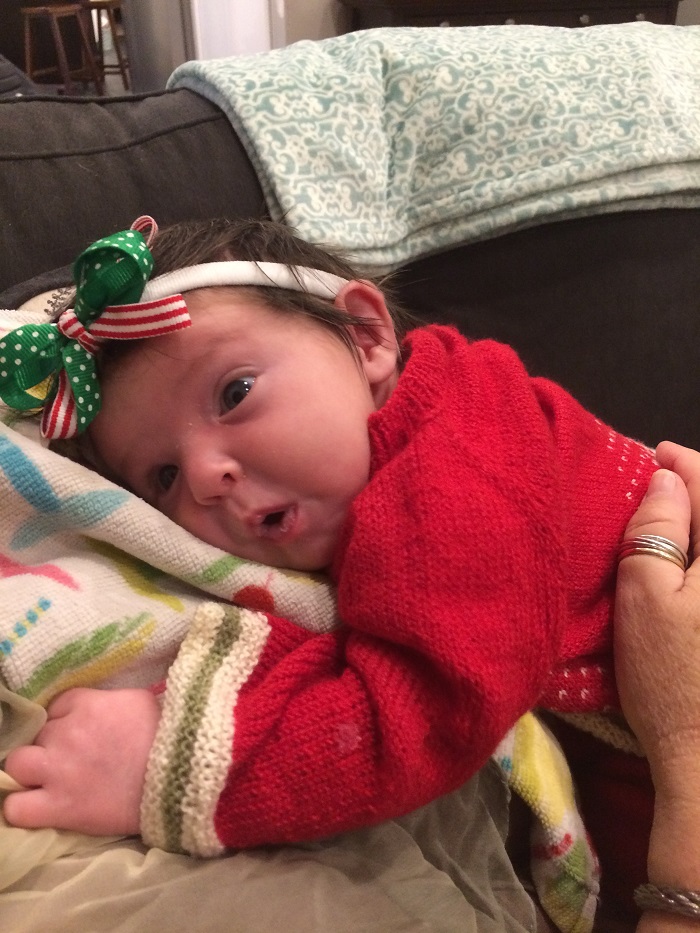 Unfortunately, after the second set of slides I think I lost her. 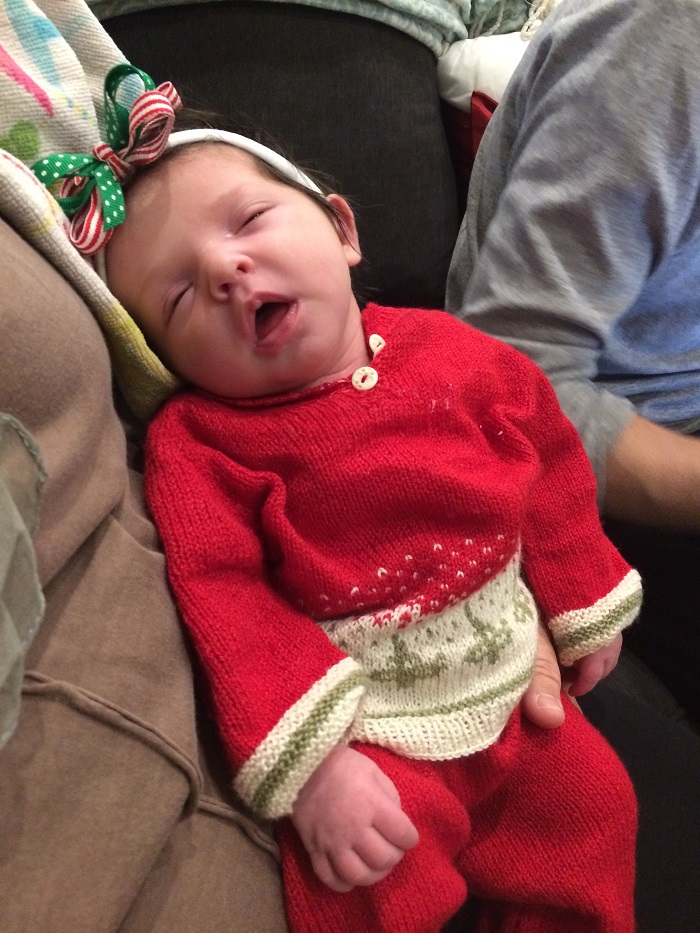 Oh well, perhaps it was the review of GRIB files that did her in, like my last post.

Anyway, as Tori said, “that’s great Grampy.   Talk to Ya Ya.  I’m taking a nap right now.” (Ya Ya is Tori speak, we hope, for Grandma Brenda,

So, back to my story.  It’s interesting how things creep up on you after months of planning when all of a sudden it’s all a mad rush getting ready to leave.  It also seems like whatever day I pick the best “window” always comes a day or so earlier than I’d like.  And as always, if we miss this window, Chris said that we’d likely have to wait a full week until the next window opens up.   Yep, gotta make that window so Wednesday sounds about right.   Car rental set?  Check…  Mountain of crap to bring down?  Check…  Summer clothes?  Double check… AWESOME!

So, while I have already purchased a lot of stuff for the trip, it’s time to think hard about what else I’ll need to pick up and bring along for the run..

And speaking of mountains of crap.  It’s amazing how much has accumulated in my office.   Somehow I have to organize it all in a way that I can stow aboard when I get to Beaufort. 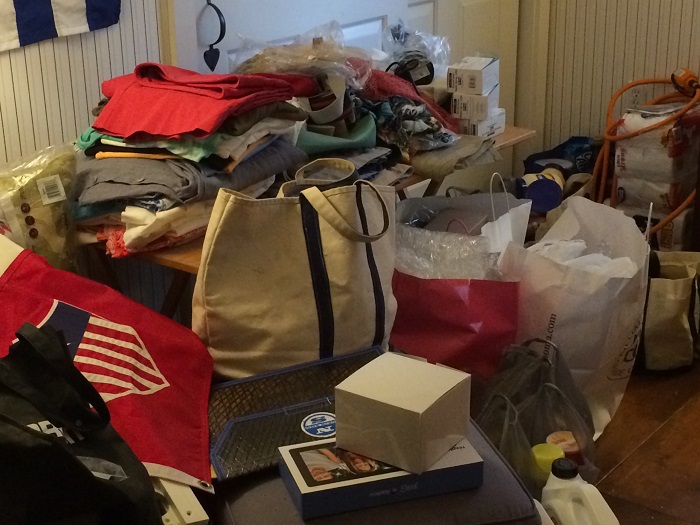 I guess that’s about all for now.  The plan, as of now, will be for me to leave CT on Monday and head directly to Beaufort.  Then my crew will arrive on Tuesday.  As it’s a 12 hour drive for me, I’ll be pretty bushed when I arrive and will only have about a half day to get settled.

So, there you have it.  Not a lot to say but somehow I managed to write over 600 words on the subject.

Let’s hope that everything goes according to plan.  I’ll be talking to Chris Parker again on Thursday so I’ll likely do another update at that time.

Details to come, as always.