Sandy Hook to Atlantic City in a day (under sail, yahoo!!)

It’s 07:00 on Sunday morning and the sun has just come up here in Atlantic City.   Who would expect that there would be a very nice anchorage in what is perhaps the tackiest place in the US, but there is.

Having said that, the lights on the casinos last evening were quite a sight and Brenda and I enjoyed an “adult beverage” in the cockpit while watching the lights blink and glare all around us.  I have passed AC at night while making passage but have never been in here myself.

The sunrise this morning was spectacular and as the sun rose in the east the buildings all around us were bathed in a warm glow promising another terrific day aboard Pandora.  The NW breezes are still with us and are expected to last the day which we need to finish our run to Cape May.

Getting photos like these is one of the advantages of awaking early.  Happily, early for me is now 06:00 instead of 04:00 that I was plagued with for the last few weeks before we left on our voyage. 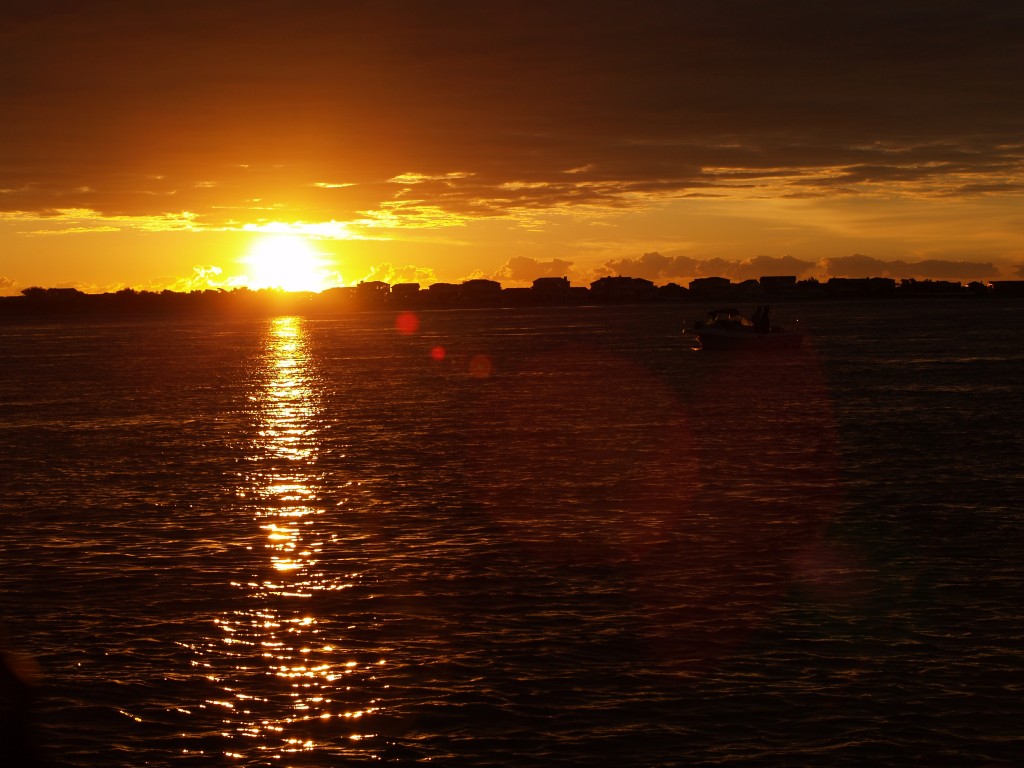 Even the casinos look warm in the early light. 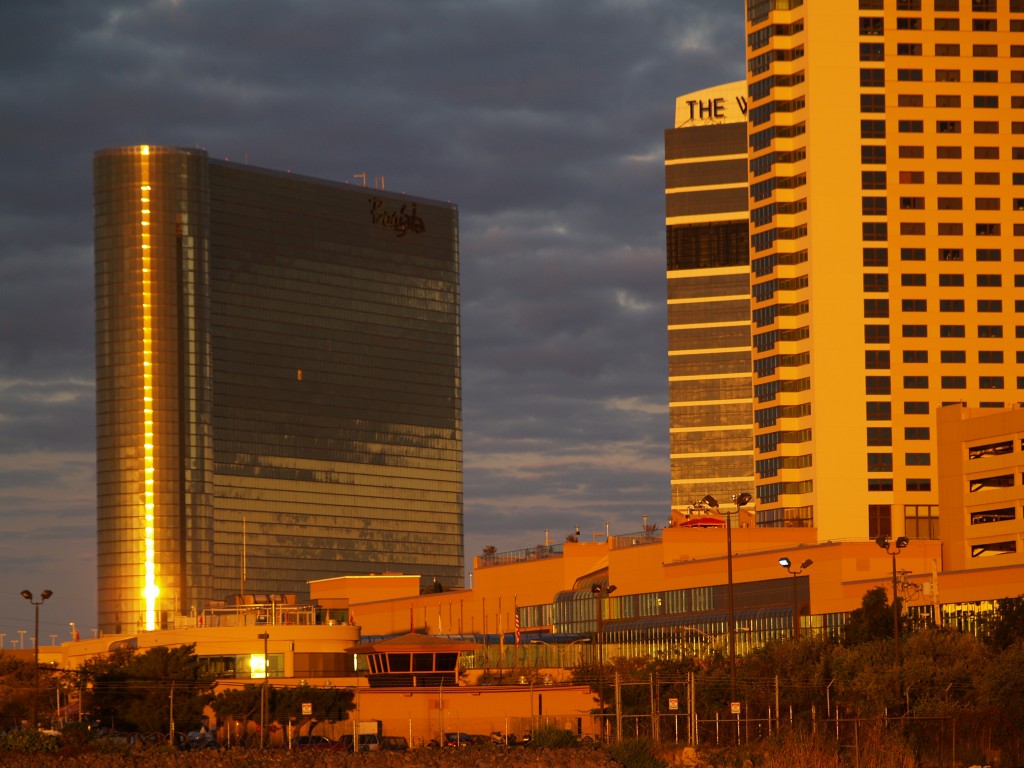 It’s hard to believe how many massive buildings are crammed into such a small space. 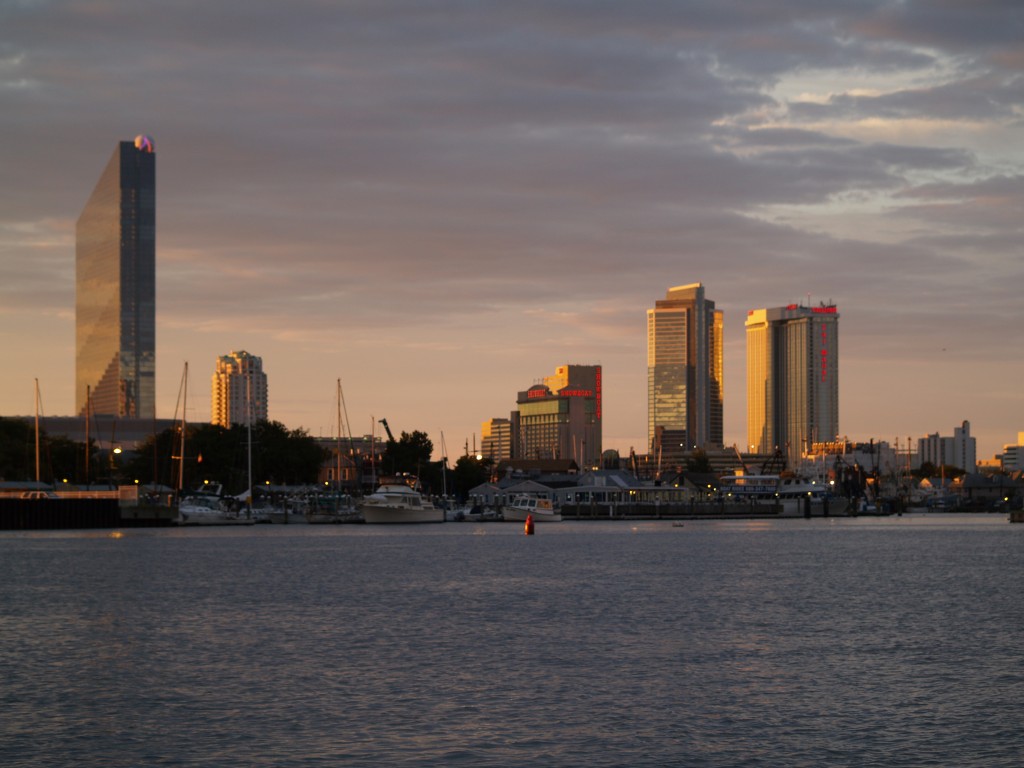 Much of the area around us is a general anchorage that can easily hold a dozen boats or perhaps more.   Believe it or not, this entire complex is a single hotel, Harrahs.  I guess that millions have to be lost there to keep such a massive facility in business.   As they say, “the house always wins in the end”. 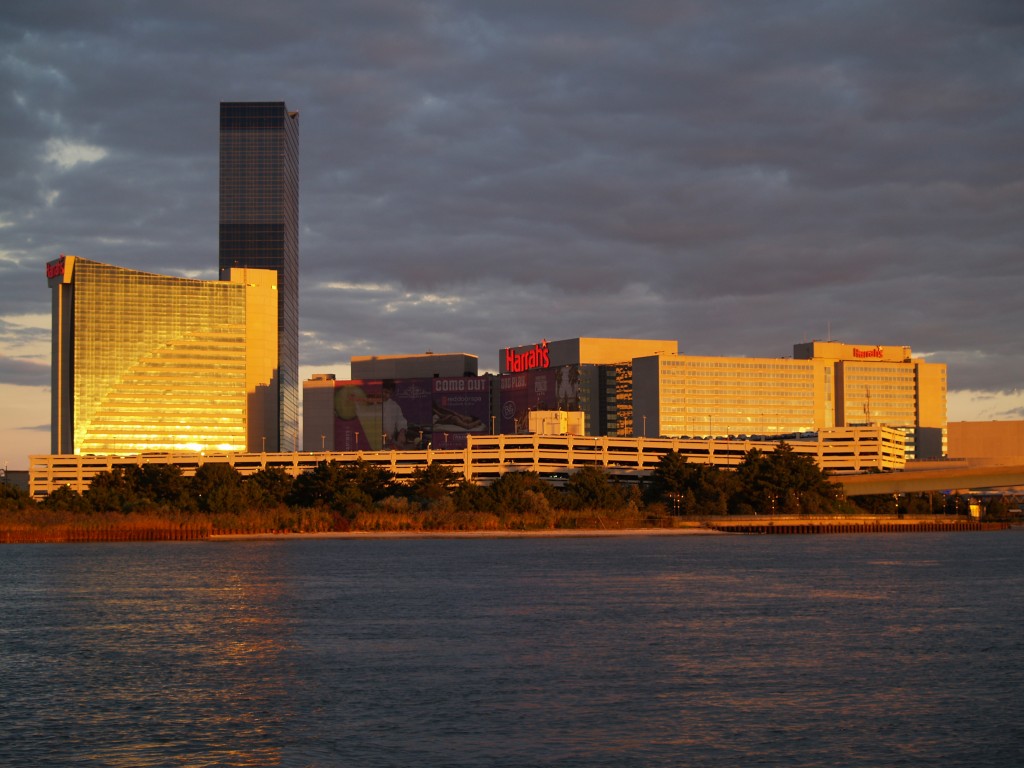 You never forget that the ocean is nearby as nestled in the midst of all of this glitter is the sobering presence of the Coast Guard station.   Personally, it’s the sight of this that pleases me most. 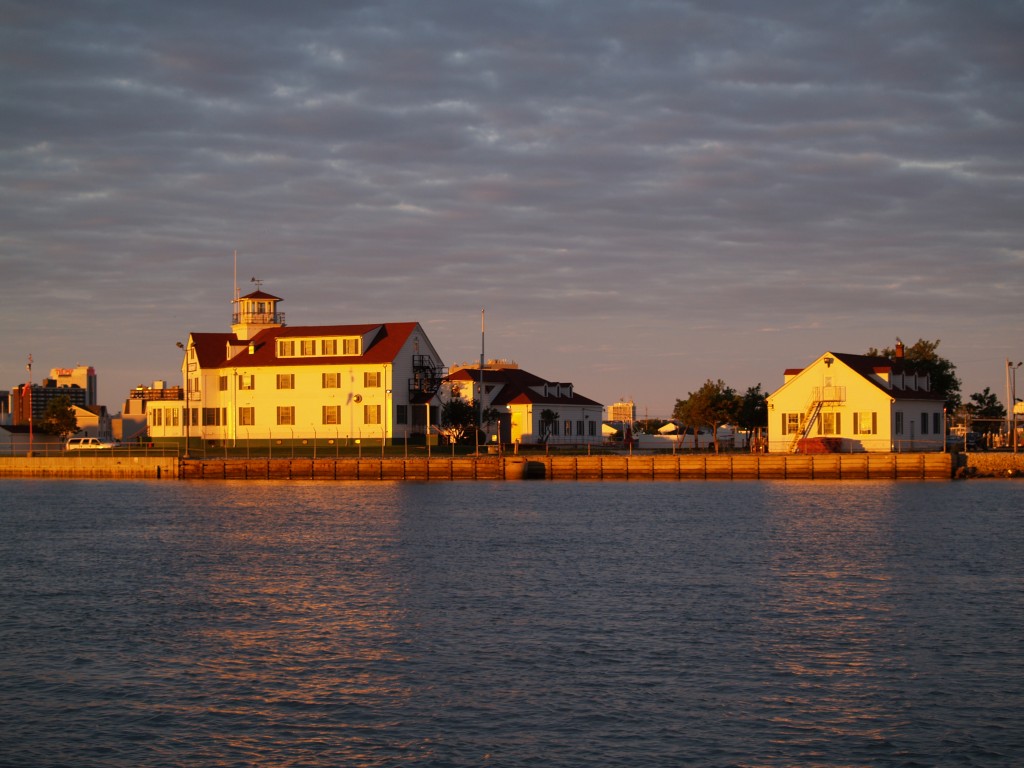 Yesterday was indeed a wonderful run.  Covering 80 miles in a single day under sail isn’t something that I do every day and to make an 11.5 hour run with the engine on for less than two hours was a treat.   I am certain that yesterday was one of the longest runs uninterrupted by motoring that I have ever had and certainly the longest for Brenda.  As fun as it was, I was tired when we reached AC at dusk last evening.  I was apprehensive about making the approach during dusk as I didn’t really know what to expect even though the charts seemed clear enough.   The buildings along the beach in AC are imposing to be sure. 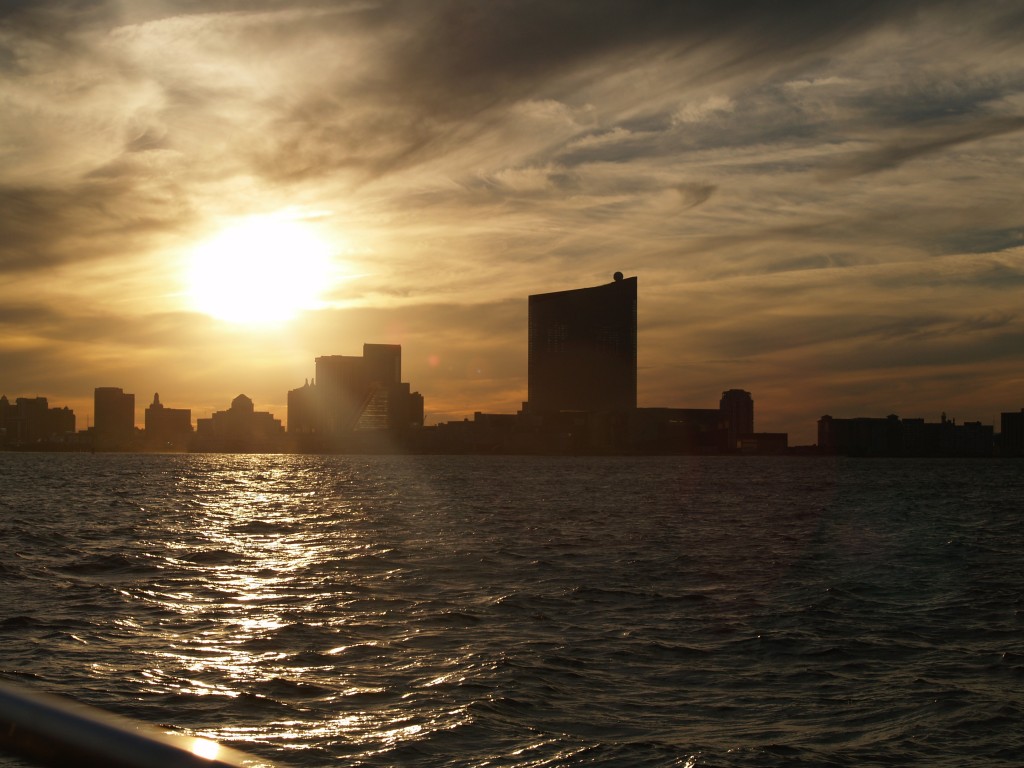 The shoals all along the southern coast of NJ go way out and as we approached AC I had to stay well off to avoid being in water less than 20′ deep.   As I took this photo we were about to take down the sails and motor up the channel.  As the sands shift constantly only the outer most approach buoys are even on the chart.

Happily, the winds held up all day and did so from a great direction so for nearly the entire trip from Sandy Hook to the entrance to AC we had the wind behind the beam, making for a brisk ride.   Pandora really excels in these conditions making better than 8kts with 15 apparent just aft of the beam.  The fastest speed for us yesterday was better than 9kts but most of the time we sailed in the high 7s and low 8ts.    There were a few hours where the winds were nearly behind us which cost us some speed so our overall speed for the day was 6.6 including the nasty hour that we slogged from Atlantic Highlands to the tip of Sandy Hook.

All and all, a very satisfactory performance for the day and I even caught a brief glimpse of a pod of dolphins twice, my first for the trip.

Today we have a short 30 mile run to Cape May where we will wait until the north winds shift to the south to make our run up the Delaware.   We expect to meet up with our friends on Blue Highway again as they made the run there yesterday from Atlantic Highlands, choosing to wait till later in the day and make the entire run to Cape May in a single overnight run.

Just for fun, if you want a slightly different take on the day from Brenda, check out her post from yesterday, September 15th.  Hmm….  Glad that she is such a good sport and that the warm blue waters of the Bahamas beckon.

Well, my coffee is getting cold so I’ll sign off now.  Besides, they just sounded reveille from the Coast Guard station so that’s a sure sign that the day has begun and what a great day it is.