Crew’s ready. Weather? Not so sure.

Well, here we are on December 17th, a little more than two weeks until I rendezvous with my crew in Beaufort to, as Chris Parker says, “exit the US East Coast” to head down to the BVI.

I am very lucky to have a great crew for the run.  Leading the charge will be Jim, who’s sailed something like 5,000 miles with me, the most of anybody except Brenda, of course.   And, it was through Jim that I was introduced to Jerry and Dave, also from Jim’s area in VA.  Jim is a cruiser like me but Jerry and Dave are both racers, inshore and offshore so the combined experience will be good.

My plan is to leave CT on January 2nd with a rental car and make my way south. Along the way I’ll likely stop and see my new Granddaughter Tori (short for Victoria) as I make my way through MD.  She was born December 12th in case you were wondering.  Her father Rob, our oldest, told her about my plans to stop by on my way to Pandora.  At first she said “Grandpy who?”. 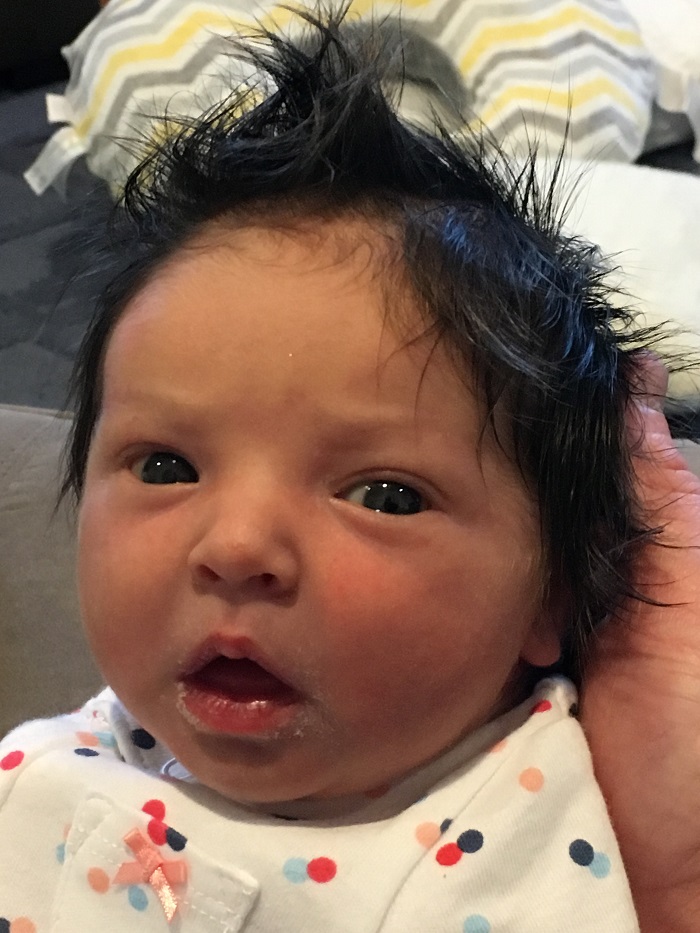 The she suddenly remembered “Oh, you mean my favorite paternal Grandpy!  Yes, I remember him!” 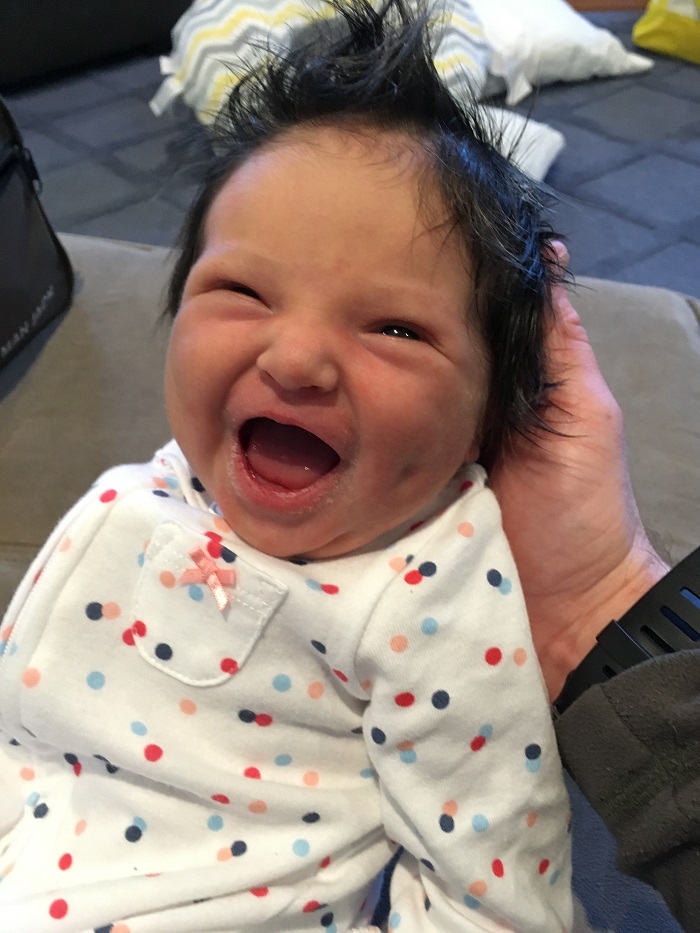 Can you believe that she already knows the word, paternal?   Smart girl.   We had a onsie made up for her that says “Pandora Crew”.  Good to start the training early.  Picture of her in uniform to come soon.  Right Rob?  I know how much she loves being dressed and changed into new clothes.  All that crying is really her trying to say “TAKE ME SAILING GRANDPY”.  Not certain on the spelling of Grandpy.  Spell check only pulls up Granny and that’s not working for me.

Ok, ok, enough baby pictures but I was talking about crew so Tori counts.  Sorry Jim, she’s going to be serious competition down the road.  Actually, by the time she’s old enough… Well, I don’t want to think about that right now.  I’m thinking one of those peddle boats.  Nooooo…..

I won’t think about that now.  So, back to “exiting the US East Coast”.   Chris Parker, the weather router that we use, does daily weather briefings six days a week and broadcasts on SSB radio as well as on the Web.   We are still a bit far out to know what the weather will be the first week of January when we want to begin our run but it’s not too early to look at some high level trends in east coast weather.

Chris told me that there seems to be a pattern of lows exiting the coast about every five days or so and that they are not terribly strong with winds, say in the under 3o kt range.   Yes, a mere zephyr.  That’s not bad as long as the winds are behind us, which they should be.  Yes, something to wish for.

A few weeks ago Chris told me that he thought that my chances of getting out in the first week of January was about 75%.  Soon we will know.

It’s interesting to see how quickly the wind patterns change day to day.  This may be “more than you want to know about penguins” but what follows is a series of 24 hour wind forecasts beginning at 06:00 UTC today.  That’s midnight EST today.

So, beginning today…  Note that the yellow is the strongest wind at around 30kts with stronger gusts and the white 5kts or less.   Today would not be a good day to get going as it’s blowing strong from the ESE and a low is just exiting the east coast south of Hatteras.  You probably know this but the “flags” point toward where the wind is coming from and each full “flag feather” represents 10kts of wind and a half feather, well, 5kts.   The red line would be Pandora’s course and approximate 24 hour run distance.  The Gulf Stream in yellow.  Note that the “stream” comes pretty close to Hatteras and is deflected to the east at that point.  The very shallow waters off of Hatteras make it a particularly nasty place to be when things kick up, especially with a north component wind.    That’s why they call it “the graveyard of the Atlantic”.   Cheery thought. 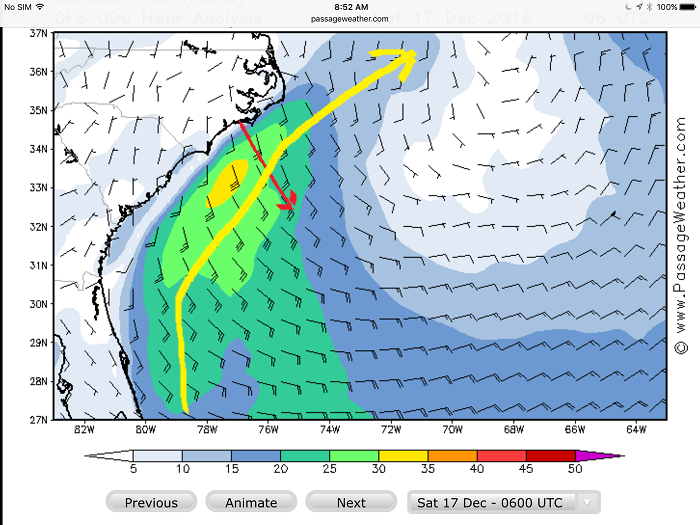 On Sunday you can see that the wind is expected to shift more to the SSW.  This would still be a problem as our “apparent wind” (how it feels on board with the boat moving toward the wind) would be pretty far forward of the beam and would feel like 30kts or higher in gusts.  Not even a little bit great. 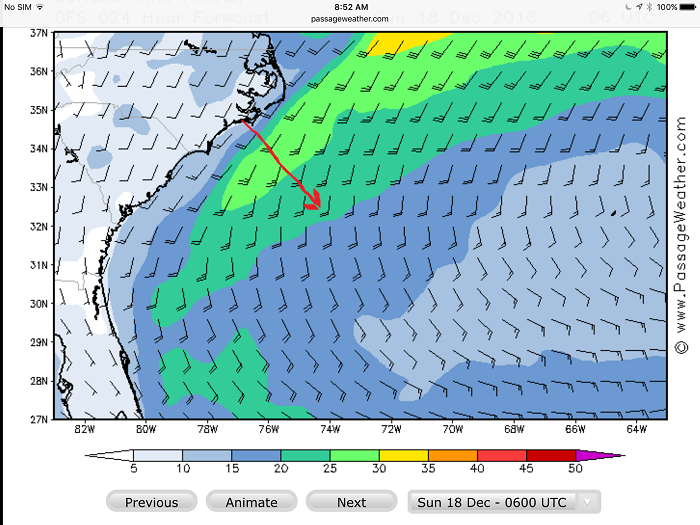 24 hours later, midnight on Monday EST, the wind has again shifted back to the north.   However, as you can see, the wind drops out about 24 hours into our run.  That’s when we would be south of the GS which goes very close to Hatteras.  still a nasty way to start the run. 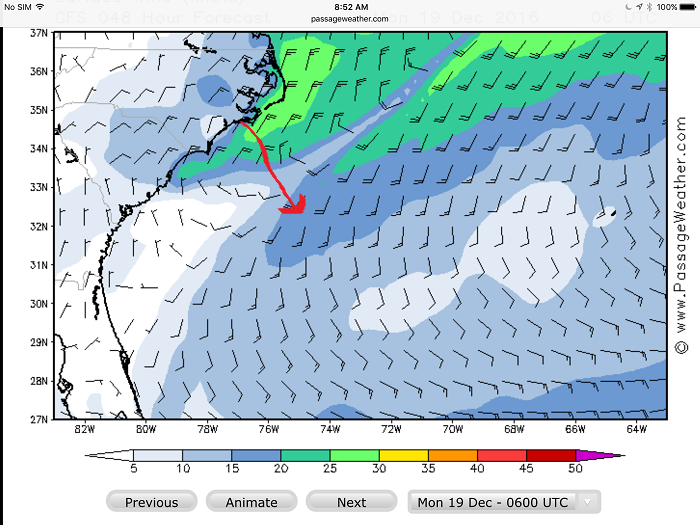 So, Tuesday the winds are still strong from the NE.  Nope, still not a good time to cross the Gulf Stream. 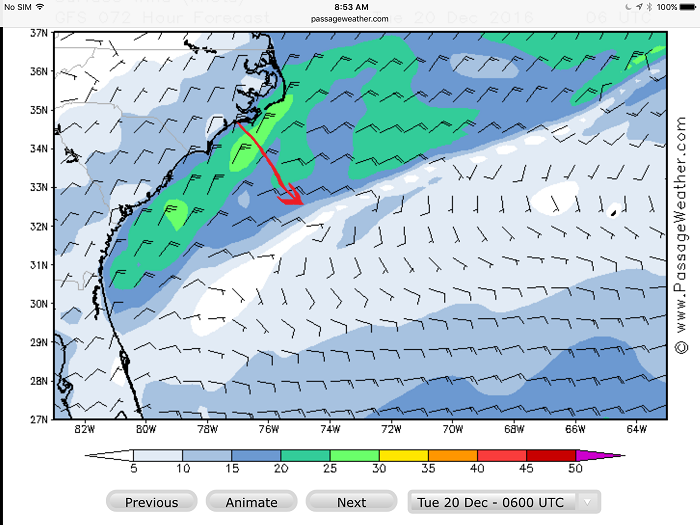 Perhaps Wednesday could be a window to start out if we were ready as the winds are from the NW and not too strong. 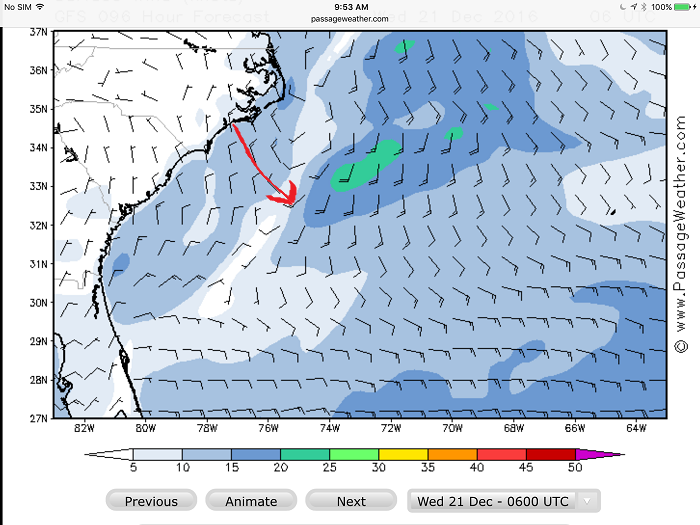 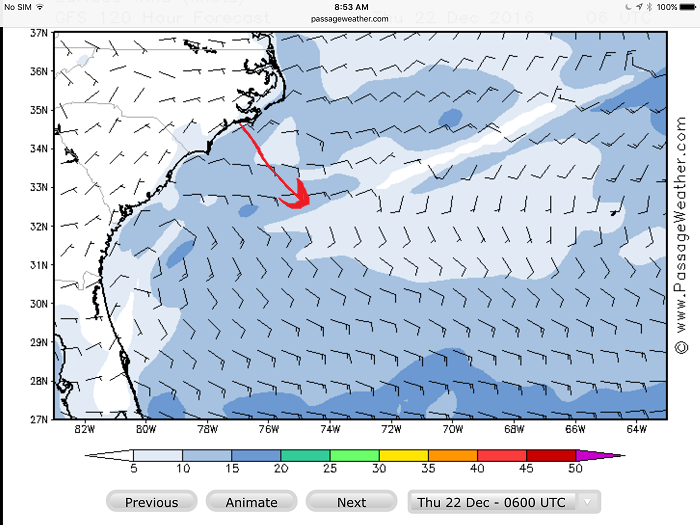 Oops.  Friday again brings strong southerlies so the wind would be very far forward of the beam.  Pretty unpleasant and the pattern begins all over again. 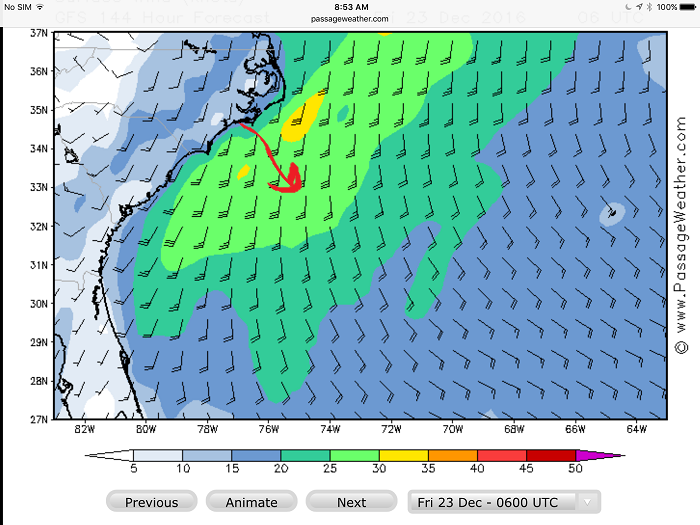 So, what’s a crew to do?   Well, this analysis suggests that there really isn’t a decent window in the next week.  However, the 4th or 5th of January is still a long way off so we will just have to wait and see what happens.  This exercise shows just how changeable the weather is in the winter months.  The key will be to get across the Gulf Stream and into more southerly waters before the next cold front moves off of the coast.

It is quite interesting to see how different the weather patterns are in the winter verses spring.  I have generally found that getting a week long window with favorable winds heading north in the spring is pretty easy as the prevailing winds are from a southerly direction and the fronts don’t roll off of the coast nearly so frequently.

I guess that’s about all for now and I’ll report back sometime next week to see how things look for the first week of January.  Ten days out we should at least be able to get an inkling of what lies ahead.

Well, I was telling Tori about what it was like sailing in the Gulf Stream with wind from the north and she wasn’t amused. 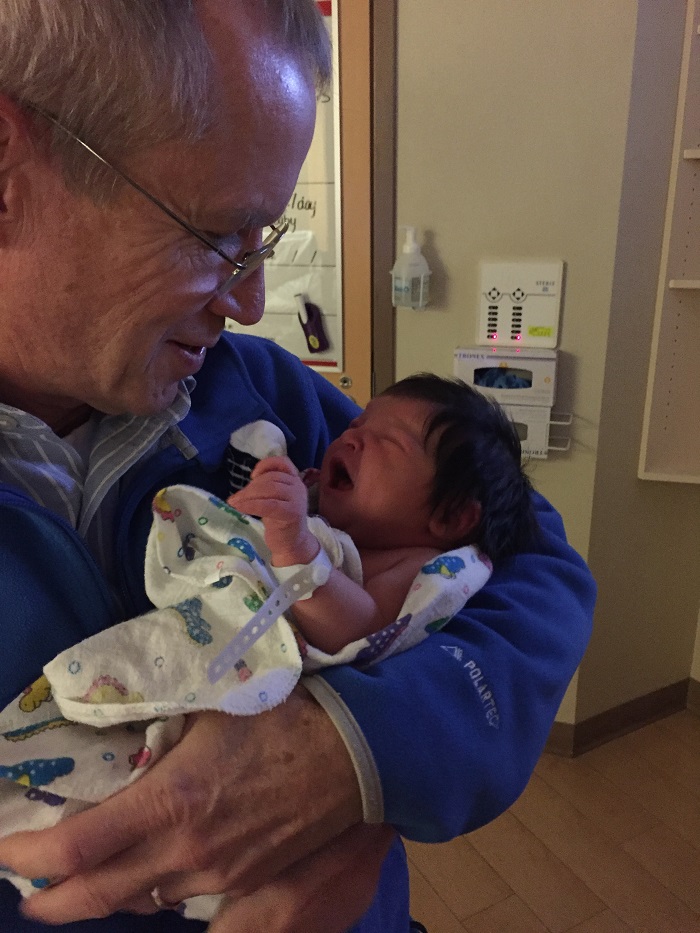 So,I gave her back to her parents.

I guess that about covers it for now.   Stay tuned for more scintillating updates on weather and getting ready to head south.  I know that my crew is.  Perhaps not Tori but it’s to soon to tell what she’ll think when she’s bigger.

Yes, I know this blog is about sailing.  Don’t worry.