where can i buy antabuse in south africa Finally, Pandora’s new and improved cockpit table is done.  It took a lot longer than I had expected but it took a lot less time than the new bathroom which Brenda was particularly focused on this summer.  However, the bathroom deal is another story entirely.

Tres Arroyos You may recall Brenda’s saying, the whole “six for cocktails, four for dinner and two stay the night” thing.  Well, up until now the “four for dinner” only worked if we ate down below.  And that worked quite well as Pandora’s dining table is generous. 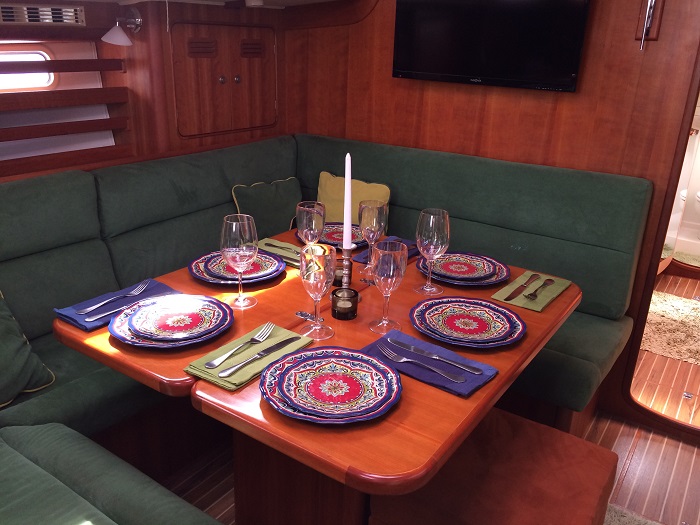 However, in the cockpit, where we prefer to dine when it’s nice outside (of course) only had room for two.   While we were in Cuba was had to eat fresg caught lobster all by ourselves while, you can plainly see, enduring desperate conditions.  However, somehow we somehow managed to survive until now  Such depravity! 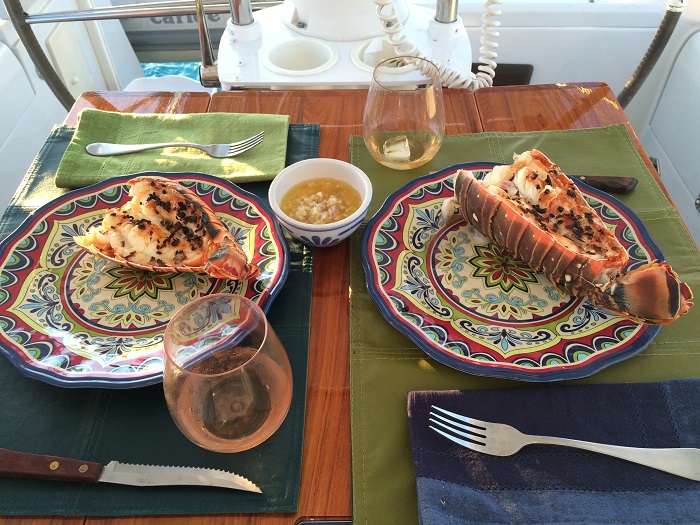 However, we did somehow survive and we FINALLY have a larger table.  I have fashioned an 18″ extension that I can slip on or off as needed.  Pretty nifty actually as engineering this was not simple and to make it look the same as the Lewmar table that came with the boat was pretty tough.  However, now, we can open it up and there will be plenty of room for the “four for dinner” that we had so desperately longed for.   You’ll have to forgive the difference in color of the new wood on the extension.  Yes, it will fade in time to be more golden. 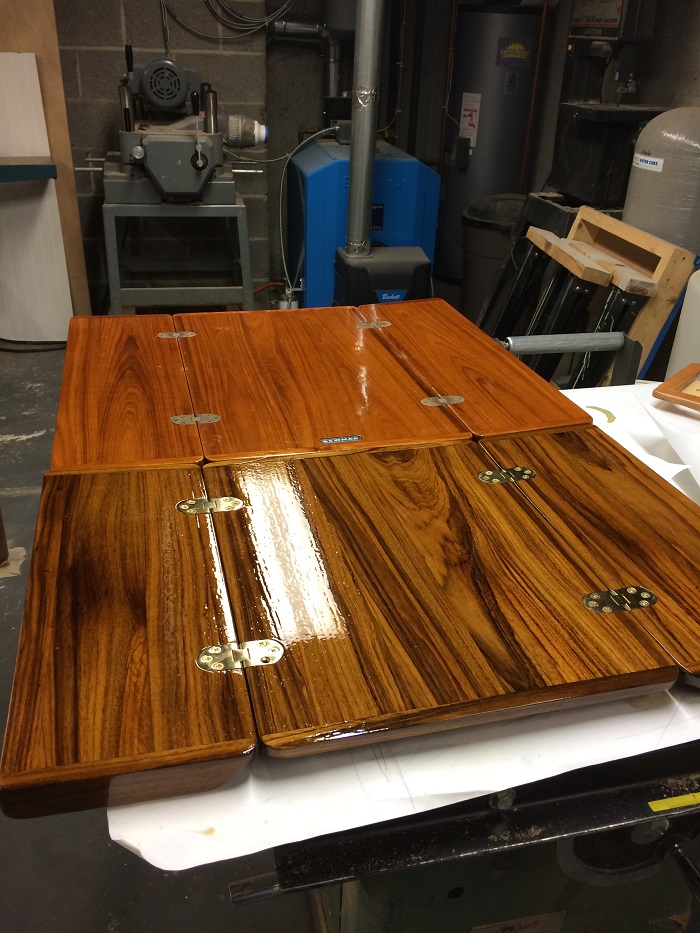 We can also fold it up for those times when we need the room to put out drinks and snacks only.  You know, “six for cocktails”.  Actually, sometimes we have twice that many and that puny little 24″ table just won’t do. 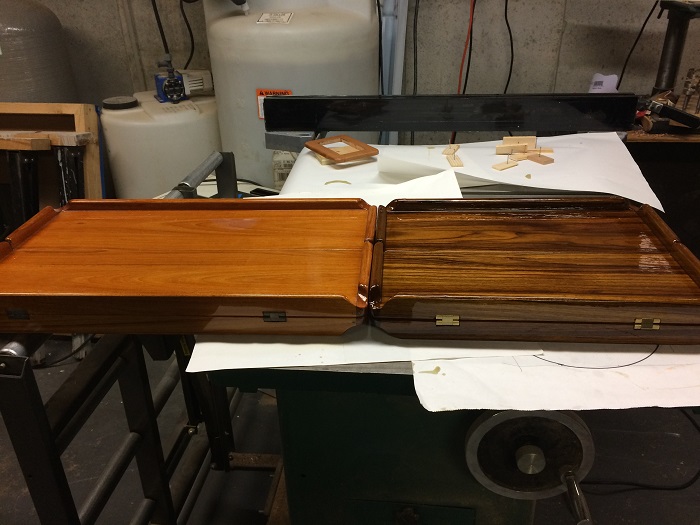 “Bob.   How ever will you keep the two halves together and support the end?” Thank you.  I am very pleased that you asked.   There is a “magic tab” on the back that slides into two channels to support things.  I have to say that coming up with this took some genuine “head scratching” and it wasn’t until I was describing the problem to my friend Craig a few weeks ago that he suggested a sort of well, “tab” to keep things lined up.   It slides into special (don’t they look special?) slots on the back of table and extension. 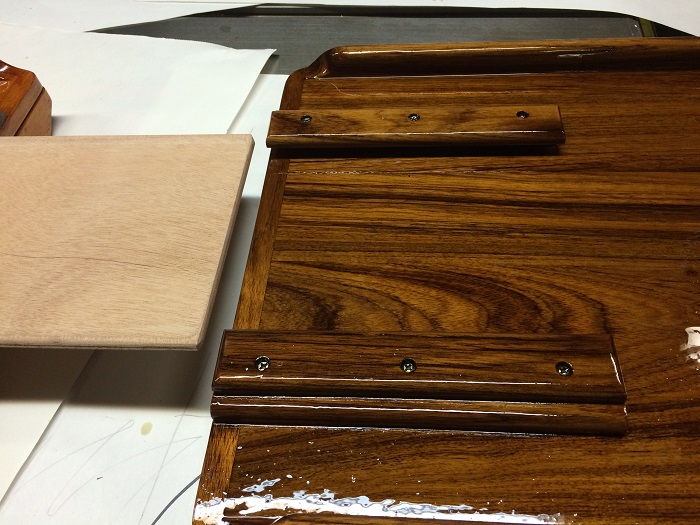 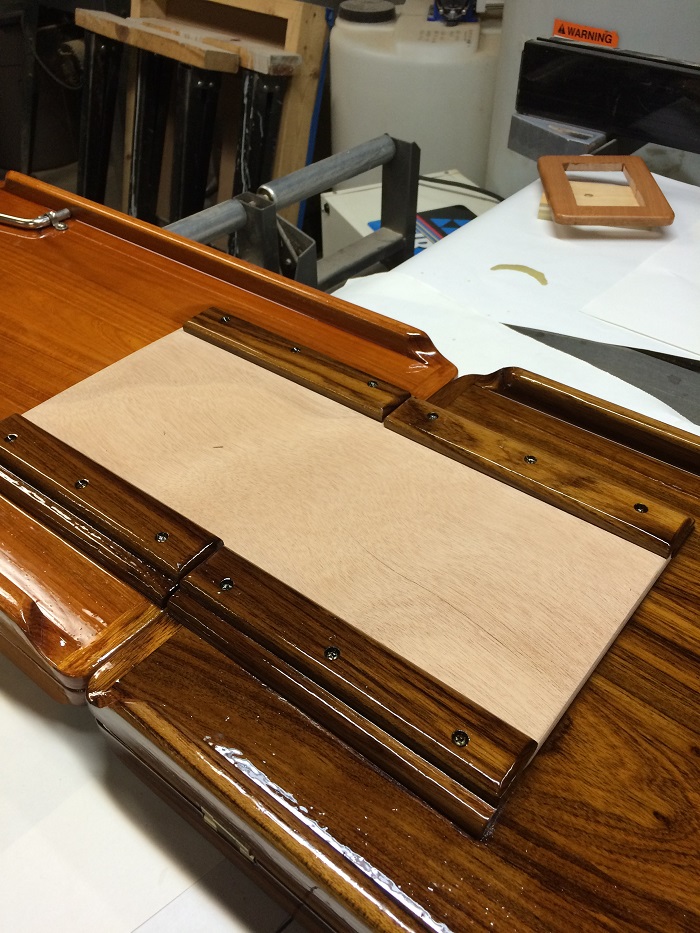 Oh yeah, I fashioned some nifty screw-in legs to support the table when it’s in the “four for dinner” configuration.  It just wouldn’t do if one of our guests somehow ended a bit “lit” and leaned too hard on the end of the table.   All those chips everywhere.  That just wouldn’t do. 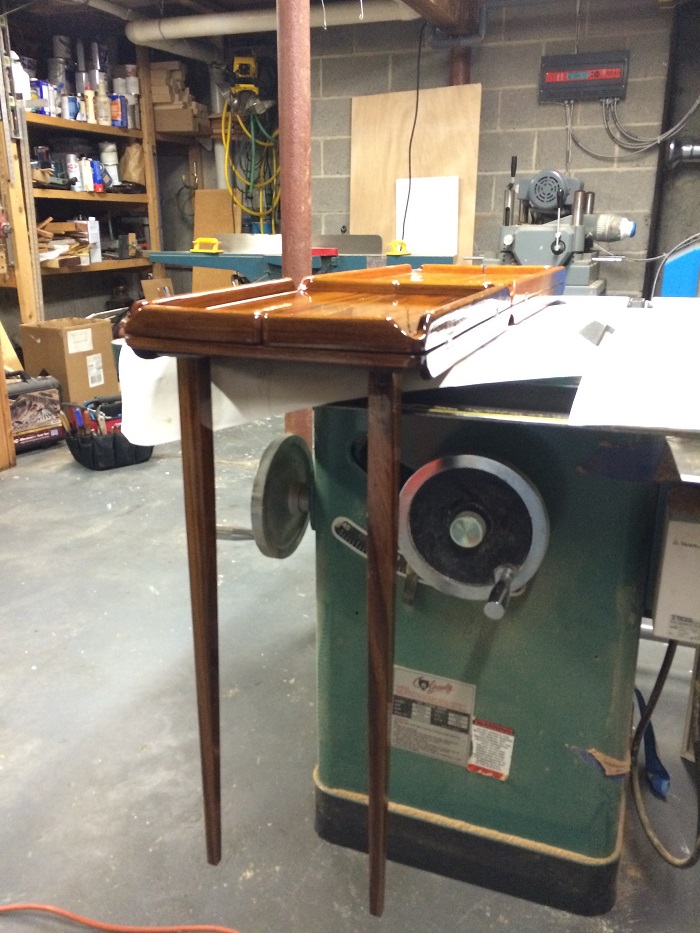 So, there you have it, Pandora’s new “alfresco” dining table is done so all that’s left is to answer the eternal question “guess who’d coming to dinner”.

I am afraid that I can’t answer that quite yet as she’s not open to entertaining at this time.   Guest dining, for four you now know, will just have to wait until we are all settled in the BVI.

And, with less than a month until I shove off for warmer climes, (Did I mention that I just hate cold weather?) “dinner for four” is not that far off.

2 responses to “Finally, four for dinner (Alfresco style) on Pandora.”