It’s Thursday morning and we are about 10 miles from our destination for today, Frenchboro on the island of Long Island.   No, not the Long Island in NY the one in Maine.  You can tell because the beaches are, well they aren’t beaches at all, there granite and really, really bumpy and hard.  Oh yeah, the water is 55 degrees too.   It’s worth noting that the water temperature dropped from the high 70s overnight as we made our way north of Cape Cod into the cold waters of the Gulf of Maine.

Yesterday Rodney, my crew for this trip, and I headed out of the Cape Cod Canal to make the 200 mile run across the Gulf of Maine to meet up with the Corinthians Cruise this weekend.

I particularly like the “decoration” on this bridge crossing The Canal, an otherwise unremarkable structure, it looks remarkably delicate with this adornment. 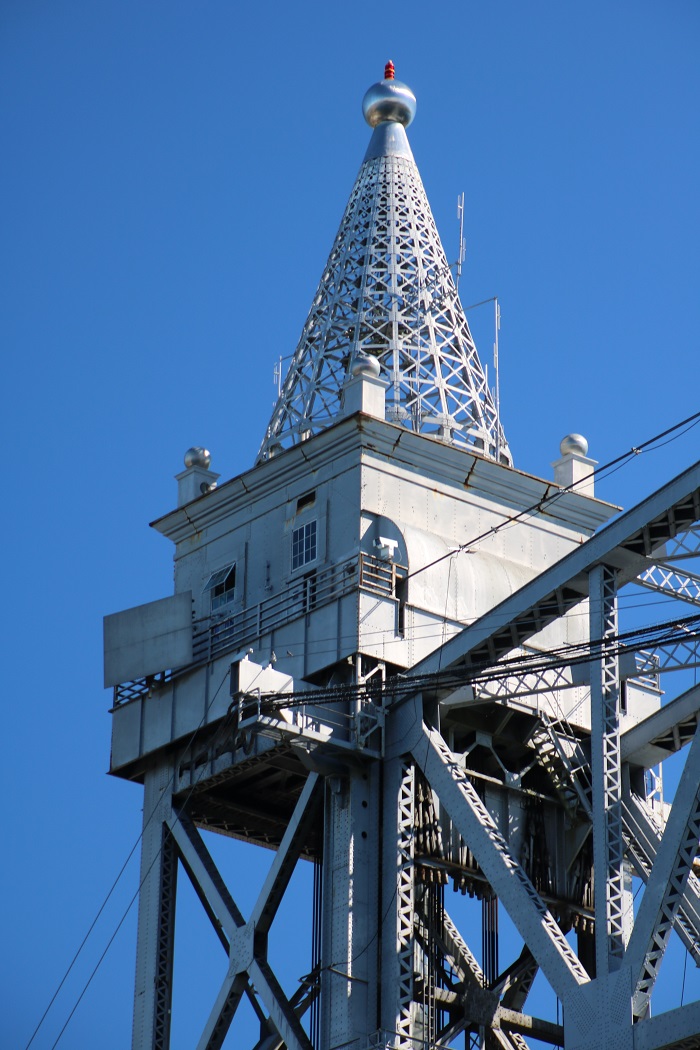 I decided to time our departure from the canal so we’d be off of Province Town during the day with the hope of seeing some whales.  And see whales we did.  The winds and waves, well there weren’t any of either and it was very calm which made for easy spotting of whales in what seemed like every direction.   And, a few times we saw huge splashes in the distance as they rose out of the water and landed with a thunderous crash.

It was very tempting to head every which way to see these magnificent creatures up close.  As we still had a long way to travel to get to our destination we opted to keep going with one exception.  Not far from us and only about 4 miles north east of the tip of Cape Cod, we spotted two spouts, one small and the other large, rising perhaps a steamy 10’ out of the water,  about a mile off.

We headed toward them and enjoyed watching a mother and calf (daughter?) swimming lazily along.  I cut the engine and drifted nearby.  What a sight.  You could hear the rush of air as mom took a deep breath. 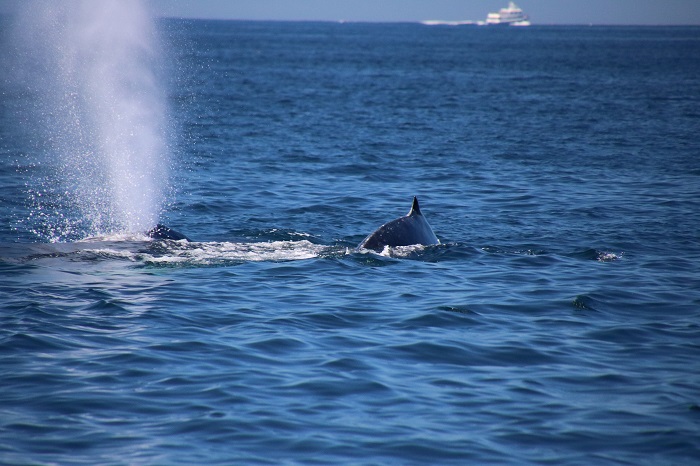 Calf or not, they were big and bigger.   You can see her huge “fins?” showing white on either side. 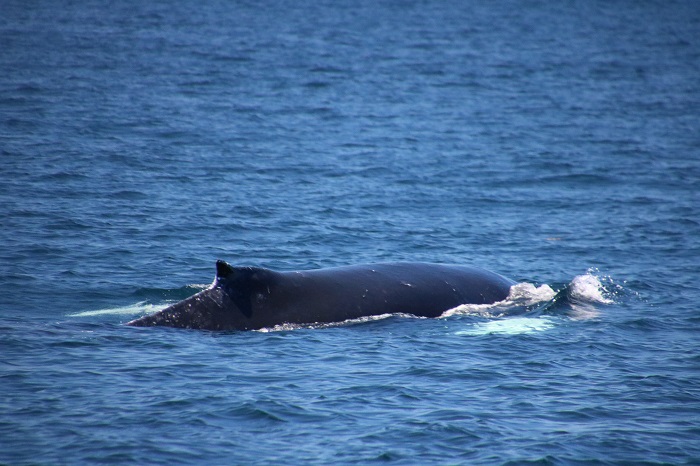 It is easy to imagine how these creatures were hunted to near extinction as it is very easy to see them “blowing” miles away.  If it wasn’t for the timely discovery of oil in Pennsylvania that made whale oil uneconomical, I doubt that there would be a single whale left anywhere.  Doesn’t that make you want to hug an oil company?  Hmm…

While we were enjoying our “whale encounter” there were plenty of SUVs spending time in the “wilderness” at the very tip of The Cape.  I don’t get the whole “let’s drive out to the beach and sit by the truck honey.”   “Don’t worry kids, you won’t have to step in that icky sand, I’ll leave the engine running and windows rolled up so you can stay cool and play video games”.

There was a mile or two of them lined up like birds on a wire.  Go figure. 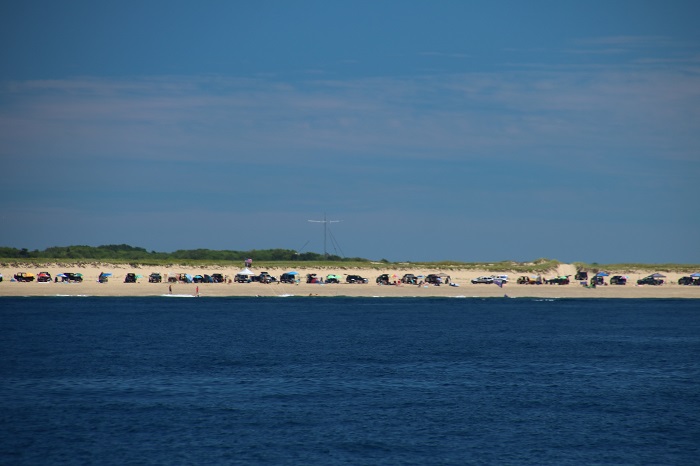 And speaking of going to the beach, this tug, moored in The Canal, looks like business and I can imagine that they have been called upon to keep some stricken ship from finding their own special place on the beach too. 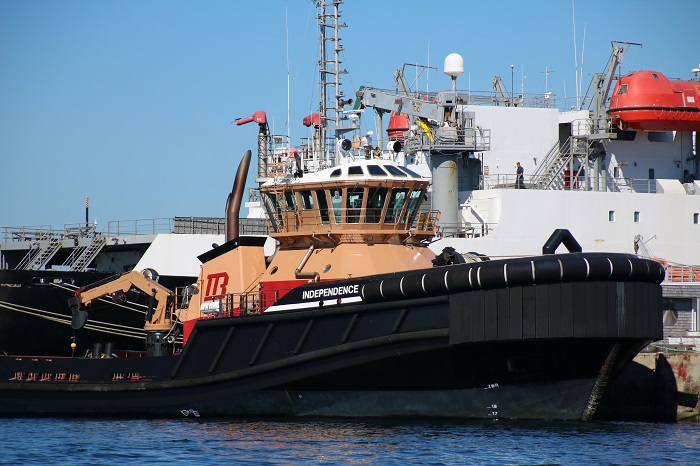 As I came on watch last night, I was treated to a rising moon.  Amazingly, the new camera took a photo in such low light. 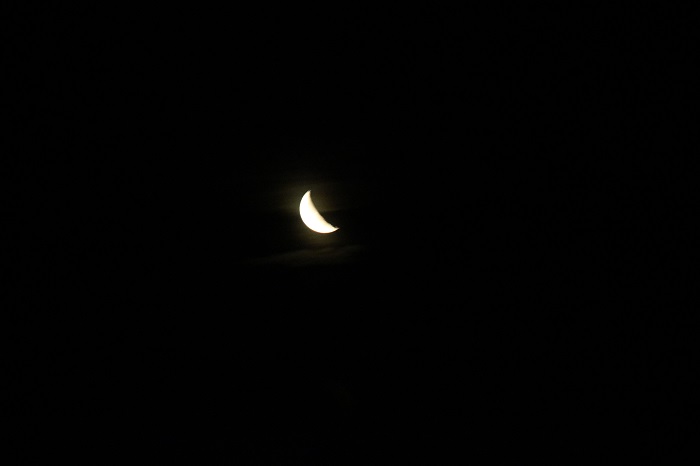 All, and all, it was an unremarkable crossing with some sailing but a lot of hours on the engine.  Today, we’ll enjoy time ashore and go for a walk on Long Island.  Tomorrow, off to South West Harbor to get ready for a week of “rah-rah” with 75 of our closest friends.

That will surely be a contrast to the solitude of mother and daughter humpback enjoying a lazy day on a glassy calm ocean.

Well, I guess I’d better sign off now as I am back in cell range and anxious to talk to Brenda.  Besides, it’s been more than 24 hours since we talked.   Actually, 25 ½ , to be exact, but who’s counting.

However, it’s good to be in Maine again.  It’s been a while.