Learning Steam Power and eye candy on the CT River

It’s about a week until my departure for Maine and the Corinthian Cruise and I am pretty excited about spending time with my friends Craig and Rodney, guys that I have sailed with for many years.  Yes, I’m bummed that Brenda won’t be with me but after loosing nearly two months because of her bout with melanoma and the fear of the sun that it has naturally caused, it’s going to be a while till the memory of the surgery and all that led up to it, begins to fade somewhat.

In any event, I am happy that she’s agreed to spend time in the Eastern Caribbean this winter so I guess that I’ll just have to say “details to come”.  Of course, I also cling to the belief that everything will work out.  As Brenda has famously said, “Bob and the dog, ever hopeful”.  Yes, that’s me.  Want to go sailing?

For now though, I thought that I’d share some shots of some beautiful boats that were docked at the CT River Museum last week.  The event, billed as “Mahogany Memories”, put on by the CT Chapter of the Antique and Classic Boat Society.  This event has been put on for over three decades and always brings out a healthy crowd of classic boat owners and admirers.

This lovely grand lady was on a trailer on the grounds.  Given the high level of finish on her “wheels” I expect that she’s more of a “trailer queen” than a boat that sees much time on the water.  She came up all the way from VA.    Clearly, she’s perfect in every way.  What a looker. 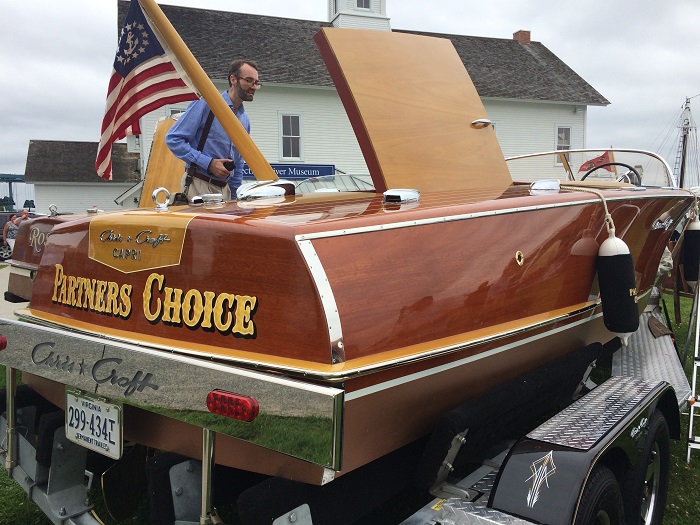 Along with some that don’t often see the water, there were plenty of beauties gracing the docks.   I particularly loved this double cockpit speedster. I’ll bet that she really rips along.  You’d never know that she’s an antique.  Looks brand new.  I guess that’s the whole point. 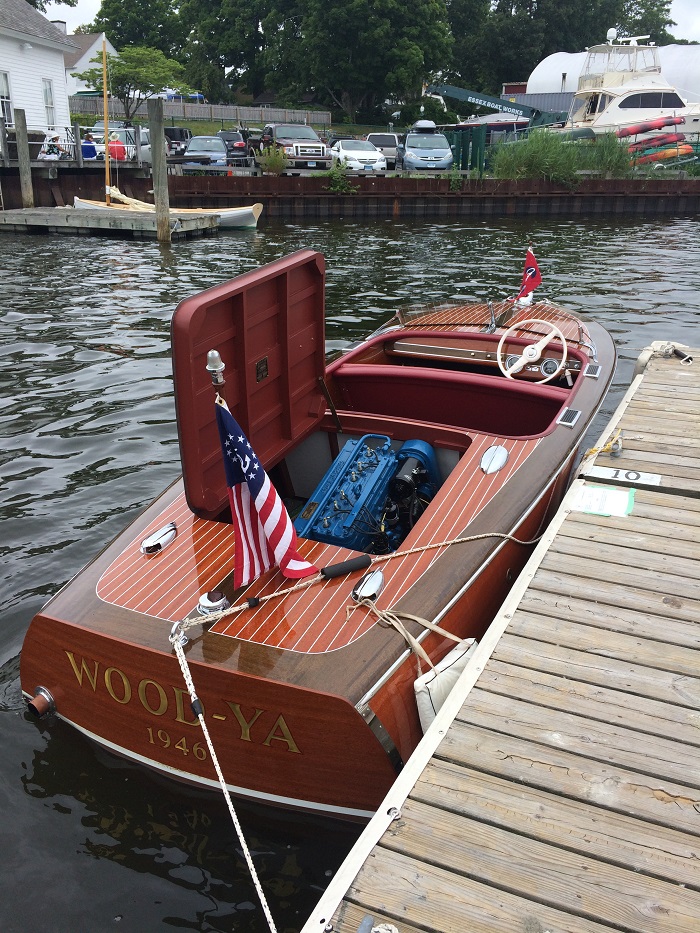 There is nothing quite as elegant as a triple cockpit beauty. 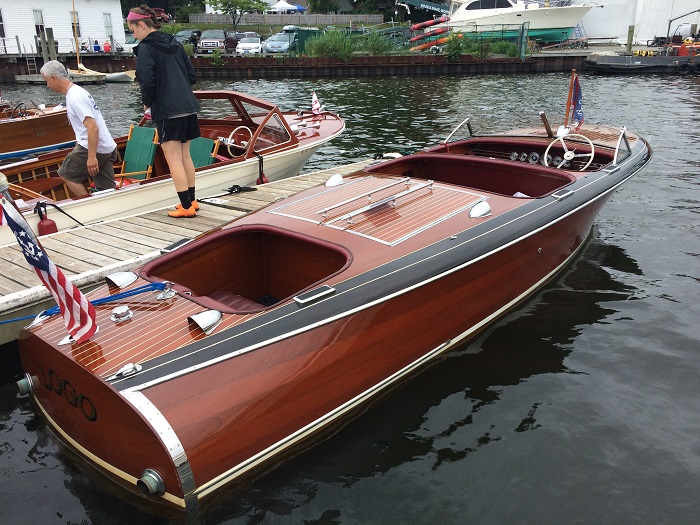 There were also a number of very nice scale models on display.  I was taken by this Chesapeake Bay fishing boat. 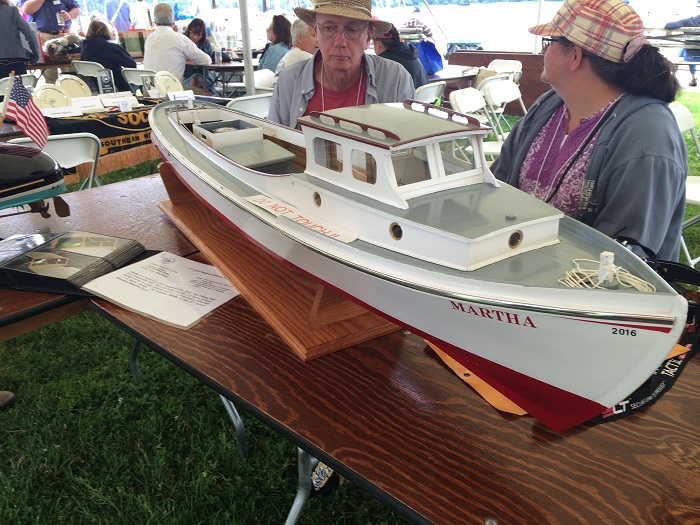 This model of Aphrodite is based on a 30s vintage commuter of the same name. Her “namesake” is berthed in Watch Hill. 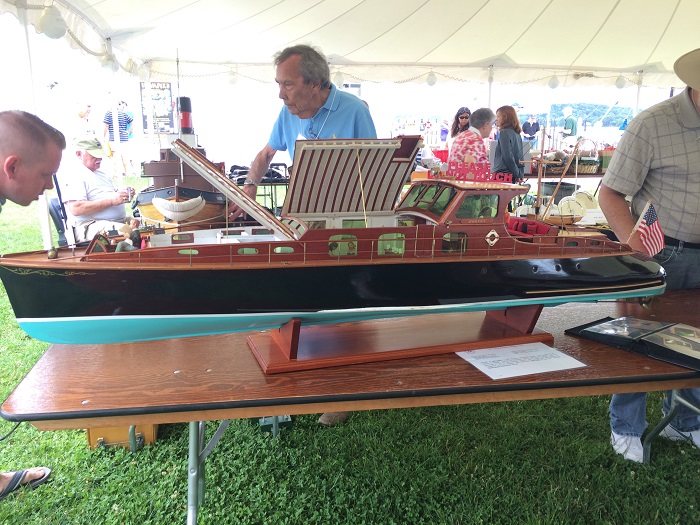 You can even peek into her interior.   I guess the little guy is the “commuter”.  Not a bad way to get to work.  Actually, if I was going to go to work, that’s how I’d like to get there, for sure. 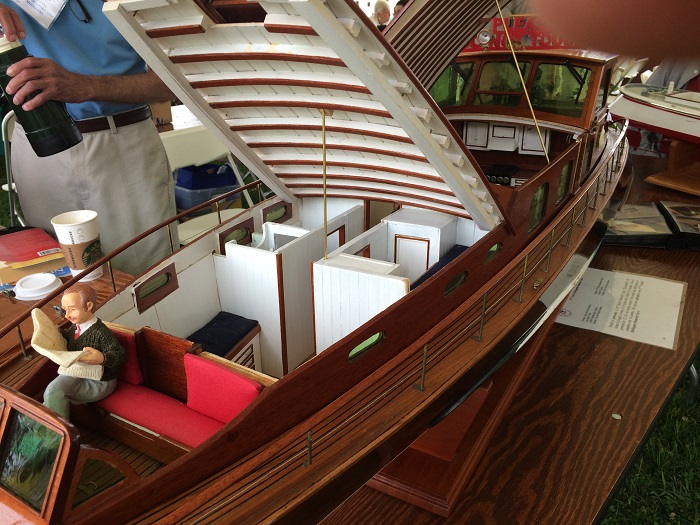 And speaking of the yacht Aphrodite, years ago Brenda and I saw her undergoing a major rebuild at Brooklin Boat Yard in Maine.    Check out this link to learn more about the “real Aphrodite“.  Now that’s a real yacht.

Still want more?  I do…  This short video shows how she looks in “real life”.  Amazing.Ok, back to models of great boats.  Of course, who doesn’t love the Sabino?   The actual boat is at Mystic Seaport and is currently undergoing a major rebuild.  Nice model. 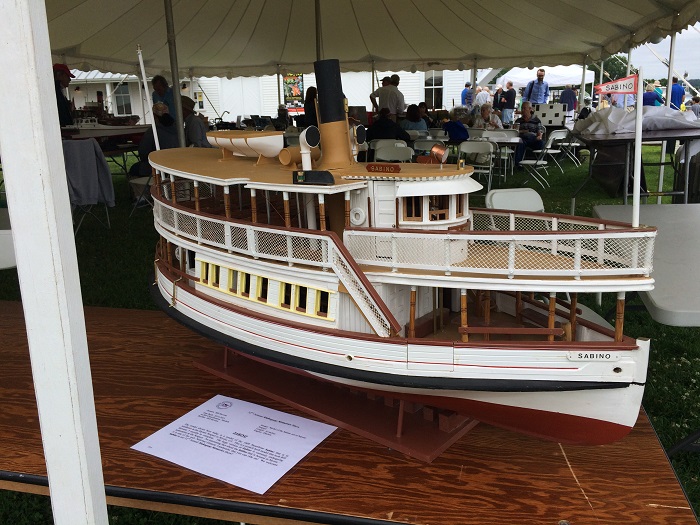 Want to see a clip of Sabino herself?  This is a very nice clip from the Mystic Seaport Museum.   If you love steam you owe it to yourself to go on an outing aboard her. However, back to the event at the CT River Museum and my favorite boat of all at the show was the “Osprey” a fairly new addition to the waterfront at the CT River Museum.   After several years of updates and repairs, she’s finally able to show her stuff on the river. 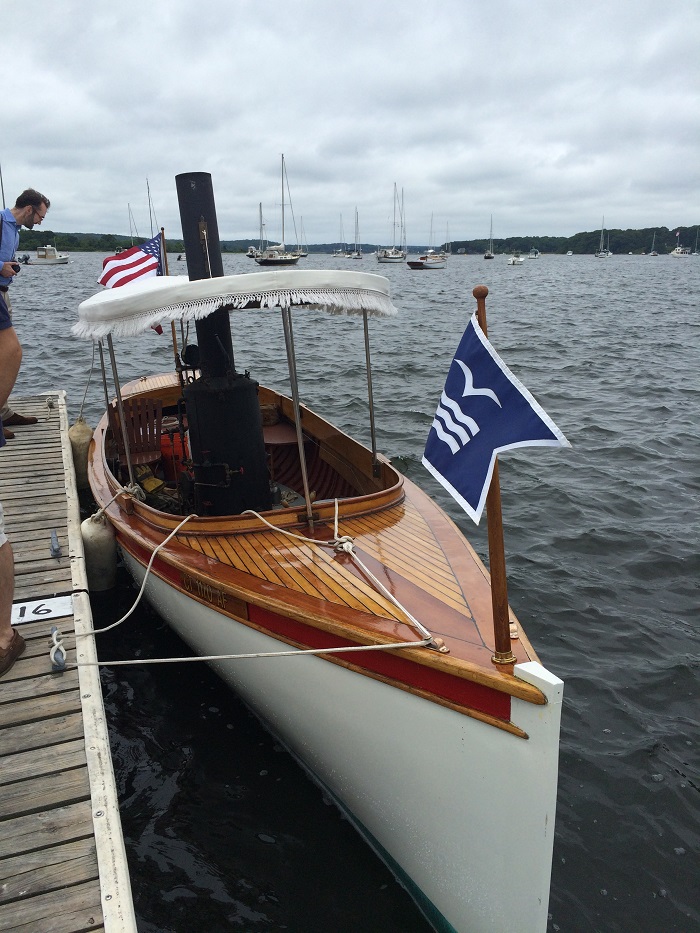 She’s beautiful and a lovely combination of form follows function.  Love her little single cylinder steam engine.    In spite of her diminutive stature, she has a bewildering collection of valves and levers. 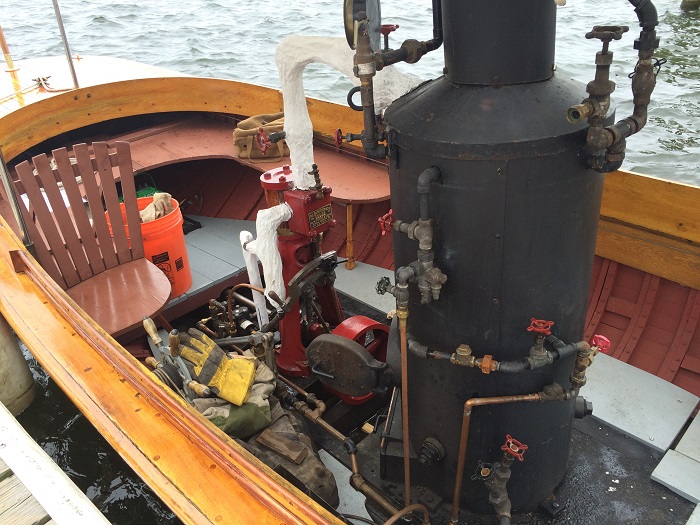 I have always loved launches and particularly those driven by steam.   Brenda’s goal, when we get out of big boats, is to have a small fantail launch that we can use on the CT River for “cocktail cruises”.

Happily, Chris, the director of the museum, is looking for operators to run the boat so she can be an active member of the waterfront.  “Pick Me, Pick Me!!!”. Yes, I can’t believe it but I am being trained to run her.  How cool is that?

It would be just so great to get out on the river with her.  She even has a steam whistle.   What “kid” doesn’t dream of blowing a steam whistle.  Alas, the Osprey is probably too complicated to operate “under the influence” so my “cocktail cruises” with Brenda will have to wait until we have our own electric launch.   For now, time on the Osprey will have to be fueled by diet Coke I guess.

Of course, that’s in addition to the soft coal that powers her boiler.  Yes, she will have a “carbon footprint” but it’s surely a lovely one and I am excited about piloting her on the river in Essex very soon.

Well, with only a week to go till I head to Maine, I’d better get to work on remodeling the bathroom or there will be Hell to pay with Brenda.  Yikes, still lots to do.