What’s your risk? I have a plan.

It’s the beginning of the July 4th weekend, a time when I would have, in a previous life, been fully focused on being out on the water.  However things are different now that I am retired and spend more time “on the hard” during the summer and much of my time afloat in the winter months.

In spite of it being over four years since I retired, I still have to remind myself that “long weekends” aren’t the best time to be out sailing as just about everybody else is doing just that.  What a treat it is to be able to choose when to go based on wind, tide and weather.

Of course, all of this is tempered by Brenda’s “new reality” now that she has had melanoma.  This combined with the fact that once you’ve had it you have a higher chance of getting it again gives one pause for thought.   I don’t blame her for being timid about spending time in the sun given the danger of recurrence and the lingering pain of the surgery.  I doubt that being able to show off her nearly 12 inches of “battle scars” is reward enough for what she’s been through.

A major problem with spending time on the water is increased sun exposure, mainly UVA and UVB rays which are strongest between 10:00 and 16:00 along with the reflected light from the water.  In spite of my best efforts, I have been unable to find anyone to quantify the risk except to say that “you have to limit exposure”.  Yes, of course I get that, but what does that mean?  Live in a cave?  Take up mushroom farming or, as it’s known in the trade, Fungiculture.

Brenda’s surgeon feels that she has to be careful with sun exposure but also says that she might “not want to live in a cave”.  It’s a complicated issue and I can certainly understand her concern.

Anyway, I got to thinking about how to define “risk” and UV exposure in general.  As they say, “you can find anything on the Internet” so I started looking and found a scientific instrument that measures, yes, you guessed it, UVA and UVB light.  It’s a pretty neat gadget with a sensor that you point toward a light source and it will give you a very accurate measurement of these portions of the light spectrum.   There are a number of companies that make these devices and I settled on one made by General Instruments. It cost less than $175 including shipping.   As a point of notice, the reading on the screen in this photo was in shade on our back deck.  In the sun a few feet away the reading was a whopping 8,500.  Still, I was surprised at the reading of nearly 900 in full shade.  I guess that’s reflected light.  Of course, inside the house the reading was “0”. 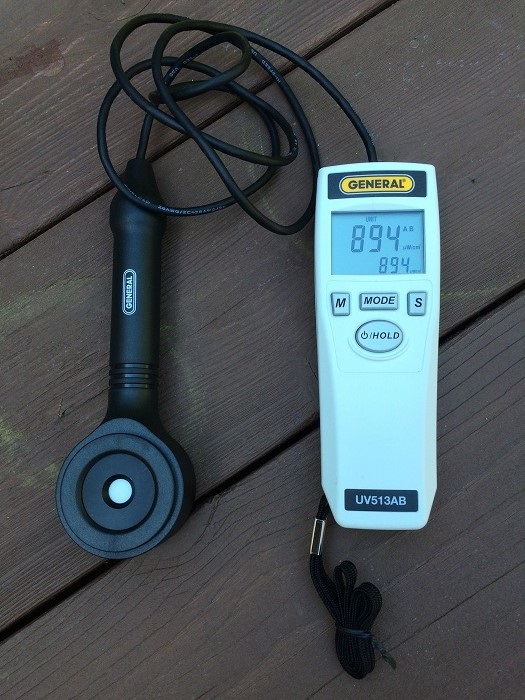 The unit is very easy to use and appears to be quite sensitive.  The sensor itself is attached to a cable so you can place it wherever you wish to take a reading.   Here’s what the company says about it’s use…

So, I decided to do a test to see what sort of “protection” a good quality sunscreen provided.  First, I exposed the instrument to direct sun and got a reading of 8,200 in very bright sun at 10:30.   Yes, really, really bright.  Next, I placed a thin sheet of plastic sandwich wrap over the sensor and the reading dropped by about 12% to 7,200.  Makes sense.  Then I applied a thin smear of a good quality sunscreen, Neutrogena 45, on a piece of plastic wrap, let it dry and put that over the sensor.  I was shocked to see the reading drop to 100, a reduction of nearly 99%, almost as low as being inside actually.  Really Amazing.  Brenda and I have always debated the relative value of different types of sunscreen and what you get by spending more.  Now we can place some bets and see who is right.  That should be fun.

So, my next step will be to see what sorts of readings I get aboard Pandora under the bimini and hard dodger and how much feflected UV there is off of the water.  It will also be interesting to see what sort of UV gets through “sun-protective” clothing.

Well, there’s lots to consider however if I don’t get going on the bathroom remodeling today there will be Hell to pay and I’ll never make it to Maine this summer for cruise with some friends which I hope to do in late July.

And speaking of the renovation.  I demoed the shower yesterday and rerouted some plumbing.  Here’s a “before” shot of the shower.  Lovely.  And, behind the door it was a horrible taupe colored fiberglass enclosure.  You know the type right? 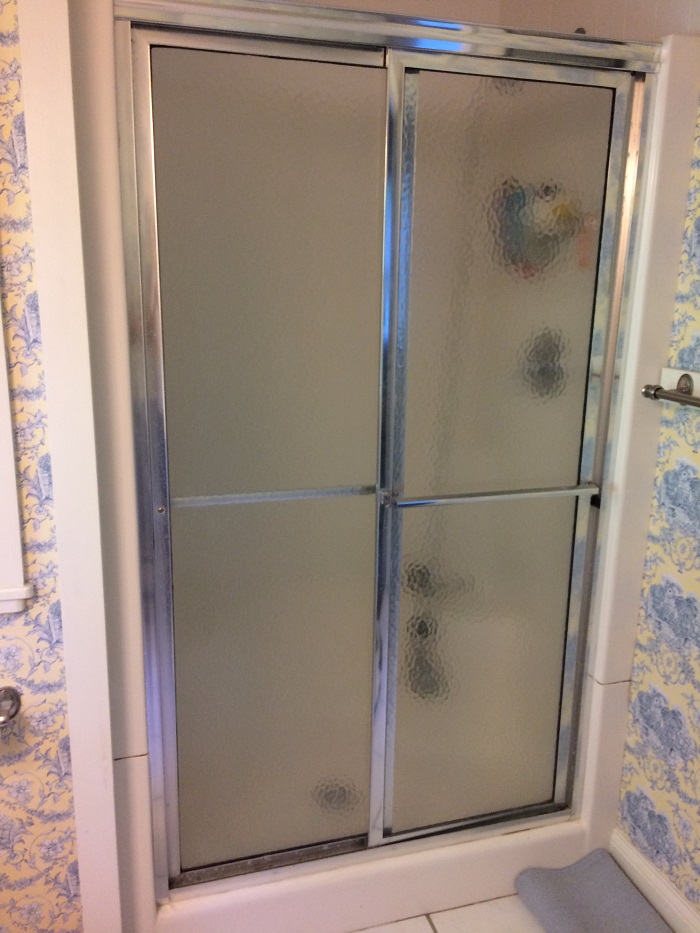 Here’s what it looked like after I was “done”.   Wasn’t that easy? 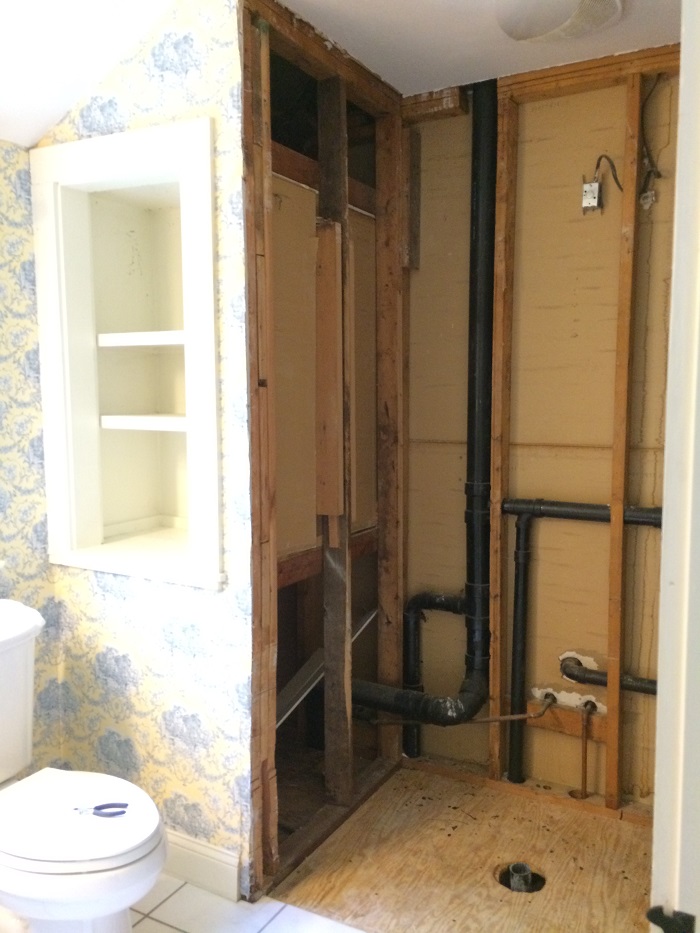 Today, I’ll finish rerouting some plumbing that is in the way and frame up for the pan and shower seat.  Of course, a girl has to have a seat to perch on when she shaves her legs.  “Too much information Bob, stick to reno details!”.

Oh yeah, speaking of Cuba, which I wasn’t, Brenda and I have a few dates to talk about our trip including one at “Cruiser’s University” being put on at the Annapolis Sailboat Show.  That will be fun.

We will also be speaking at a special dinner to be held “under the stars” at the CT River Museum in August.  That should be a very special evening with a Cuban theme.  They even plan on serving mojtos.  I love mojitos!   I plan to donate a very special bottle of 11 year old Santiago de Cuba rum to be auctioned off that evening.  That particular brand is the only brand in Cuba that is made in it’s own distillery.  It is very fine rum and you just can’t obtain it here in the U.S. 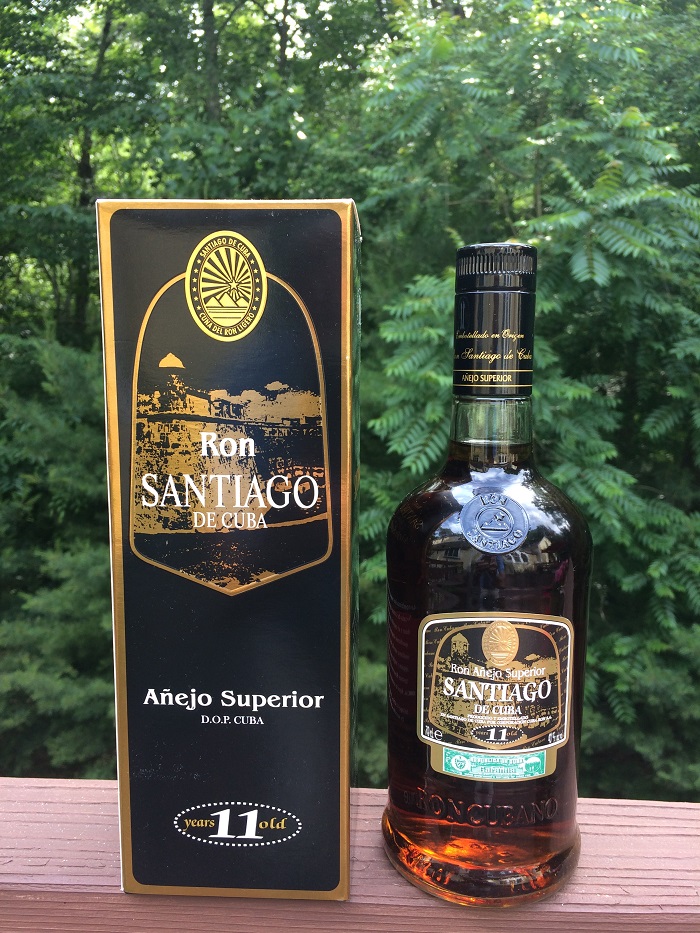 Oh yeah, one more thing.  Remember my dead lawn mower?   And you know how much I love to mow the lawn.   Well I was able to find a used commercial 48″ wide Bob-Cat mower.  Now I can “love” cutting it for a lot less time each week.  Well, that’s the theory at least.   So far, not so fast as it’s a “beast” of a machine.   So far, mowing with this is more like “the dog walking me”. 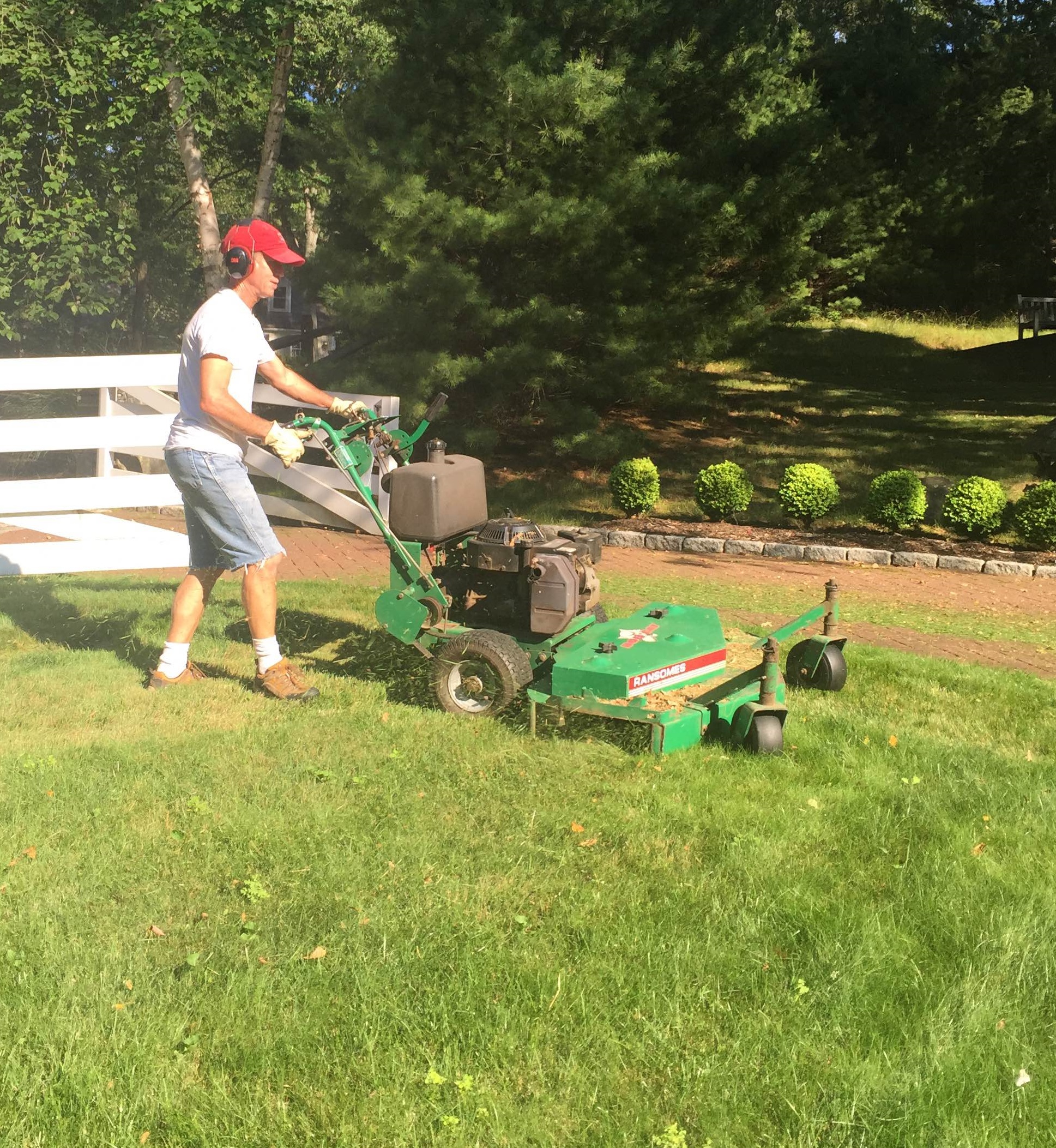 Yes I have a plan.   A plan to head to Maine.  That seems pretty likely.  And a plan to measure UV.    What Brenda and I will be able to do with that information is anyone’s guess.

And, I am POSITIVE that I have a plan to finish the bathroom renovation.  Yes, that’s PLAN ONE for now.

I guess I have covered enough random stuff for one day.  The shower stall awaits. Time to get to work.   Good news… No UVA or UVB risk there.