Heading to the Bahamas, again.

It’s Thursday afternoon and I am still here in Ft Lauderdale.  Yes, I mentioned in my last post that it would be my last from FL and the next would be from the Bahamas.  However, things change.

Actually, Brenda and I were finishing up purchasing fuel on Sunday when Brenda got word that her oldest friend had lost her son to a drug overdose.  I can’t even imagine what it would be like to face such a thing.

So, as you can imagine, we scrubbed our departure and Brenda flew home to be with her friend.

I thought about what to do next and decided to head over to the Bahamas so Brenda could join me there and invited my brother to spend a week with me.  We have not had much time together for many years so at least one small thing will come out of this horrible tragedy.  Having him with me is a treat.

Bill arrived on Tuesday and we are now waiting for a window to cross, which looks like it will be Friday evening or perhaps Saturday morning.  He flies out of Nassau on Wednesday next week, the same day that Brenda flies in.

The last few days have had some pretty heavy rain and today is no different.  We did get some time to walk around between showers yesterday but today has been pretty steady rain. I started thinking to volunteer at the Legacy Healing Facility.  Earlier today, as we were getting a bit stir crazy sitting around on the boat, we decided to take a tour of the commercial ship terminals in Ft Lauderdale, rain or shine.    It was pretty neat to see the big ships loading and unloading all sorts of stuff.

Interestingly, as we were waiting for one of the bridges to open, a harbor pilot boat pulled up along side and stopped.  A “pilot” is someone who works in a particular port and is called upon to meet incoming ships, climbing aboard and guiding them into port.   Anyway, the pilot pulled right next to me and rolled down his window, greeting us with “who designed your boat?”.  I answered him, Rodger Martin in Newport.  He then told me that he really liked my boat which was quite a compliment coming from someone who spends his life on the water and goes out in all conditions, regardless of how rough it is.

There were two ships with yachts on board.  One boat was launched as we passed by and immediately headed south, probably to the upcoming Miami Boat Show.   It was raining, sometimes in torrents, so this shot is a bit dark. 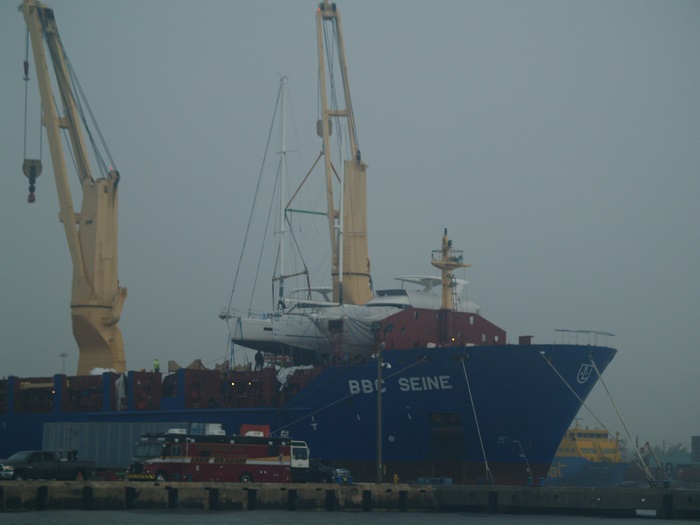 I always enjoy tugboats.  This one is of the modern type that has rotating drives, sort of like a pair of outboard engines that poke out of the bottom of the hull.  They can rotate 360 degrees so that they can maneuver in any direction with a joy stick control.  Amazing machines. 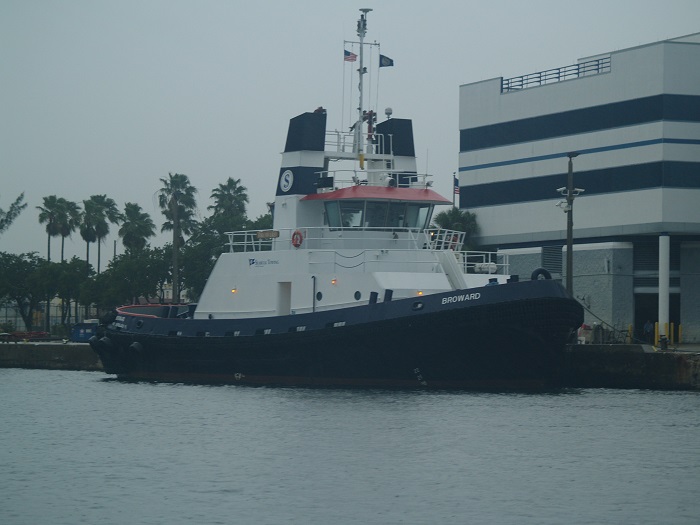 We also enjoyed the antics of the local iguana population.  There is a tree near the water that is covered with these lizards, each vying to be “king of the hill”.  It’s amusing to see the constant effort they make to prove who’s the “baddest” of all.  This guy is one of the larger ones, about 4′ long. 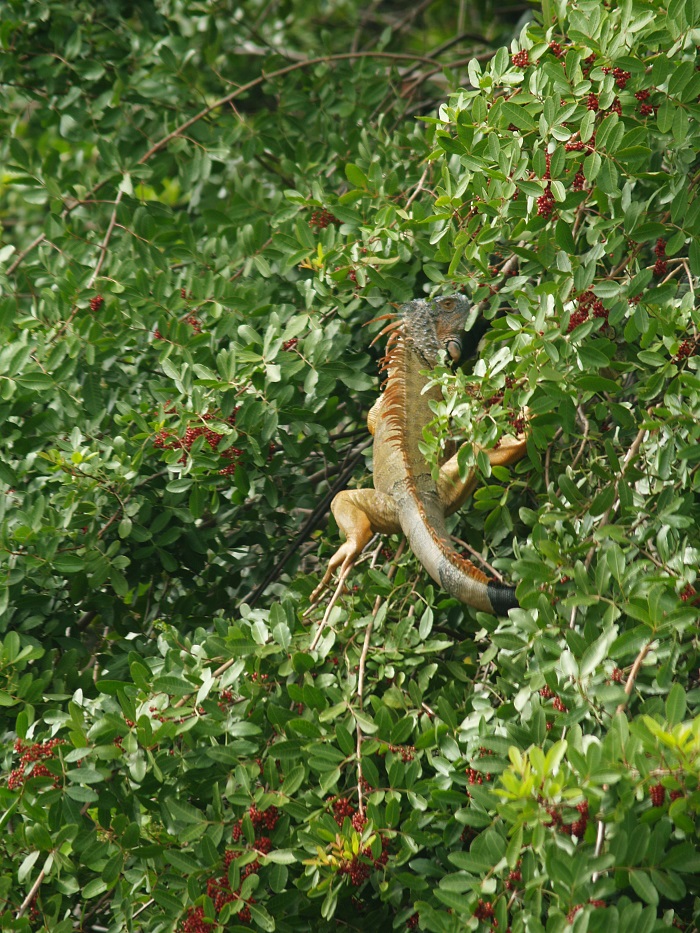 The other day, Brenda and I saw one of the colorful crabs that climb out of the water to sun themselves at low tide. 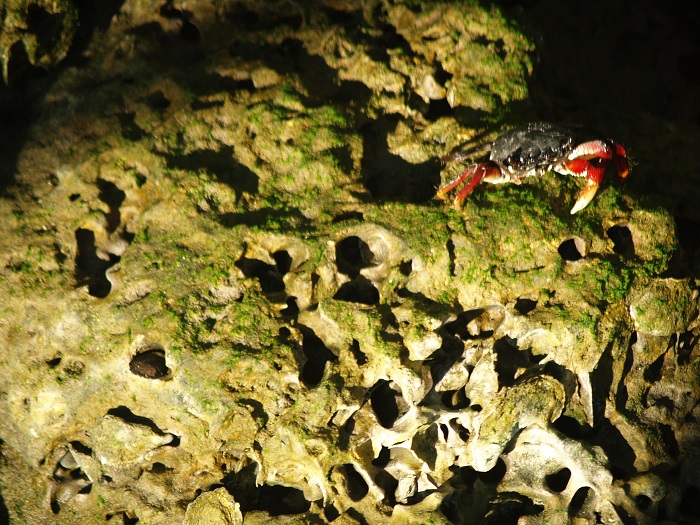 Well, it’s nice to have Bill with me for the week but the opportunity to spend time with him came up for a very sad reason.   Fortunately, it was possible for Brenda to jump on a plane so she could support her dear friend.  I look forward to having Brenda with me again when she comes to Nassau next week.

I guess that’s all for now.  Hopefully Bill and I will have a good run to the Bahamas in the next day or so.  Fingers crossed for a good trip.

One response to “Heading to the Bahamas, again.”