We’re moving now.  On our way.

It’s mid-morning Friday and we are nearly to Montauk having left Deep River at 07:00 this morning.  My crew and good friends Roger and Gregg are settle in and it’s a pleasure to have them aboard.   I have sailed with them both before and have known each of them for many years.

We are really cooking along with the wind on the port quarter at between 8-9 and sometimes more than 10kts over the ground.

The last few days of getting Pandora ready to head south have been a whirlwind with a seemingly endless list of chores onboard and at home.   As I won’t be home for nearly a month, I had to attend to things such as cutting and fertilizing the lawn (yesterday morning actually).  Something that I would have loved to put off until I got back.  However, the maples had dropped many of their leaves and I can only imagine what the condition of the grass would have been by the time I return in mid-November if I didn’t clean things up prior to my departure.   Love that yard work stuff…

Between moving final things aboard and shopping for the last minute groceries, along with yard work, I have to say that I was wondering if life really needed to be this hectic.  Brenda for sure feels that way.  And, I really didn’t sleep very well last night as I was so keyed up from such a hectic day.  However, now that I am aboard and making tracks south toward Hampton, it all seems worth it.

As is always the case when you step aboard for a long run, we had a bit of a shocker this morning.   When I turned on all of the instruments to get going, surprise!  No autopilot.  Not good.  However, after a few frantic moments, I realized that the problem might be a loose connection in the instrument pod.   The bow thruster guys had had the pod open to check wires on the joy stick control and I wondered if perhaps they had just dislodged the power cord from the pilot control.  Yup… Simple fix and we were on our way.   Whew!

I don’t even want to think of what I would have done if the problem was serious.  Not my first choice to hand steer for 350 miles.

So, preventers are run, jack lines in place and a cup of hot coffee.  Life is good.

The weather, as I have mentioned in my last post, won’t provide us with favorable winds for the entire run to Hampton.  However, today’s grib wind files seem to suggest we might be able to motor/sail the last 8 hours and still make Hampton prior to any real adverse winds settling in.  So, for now, we’ll continue to head for Cape May and consider bearing off as we learn more.

Heading down the CT River this morning was beautiful.  The color is at it’s peak and it was nice to make one more run down the river knowing that I wouldn’t be back till next spring.   I will be covering a lot of miles between now and May. 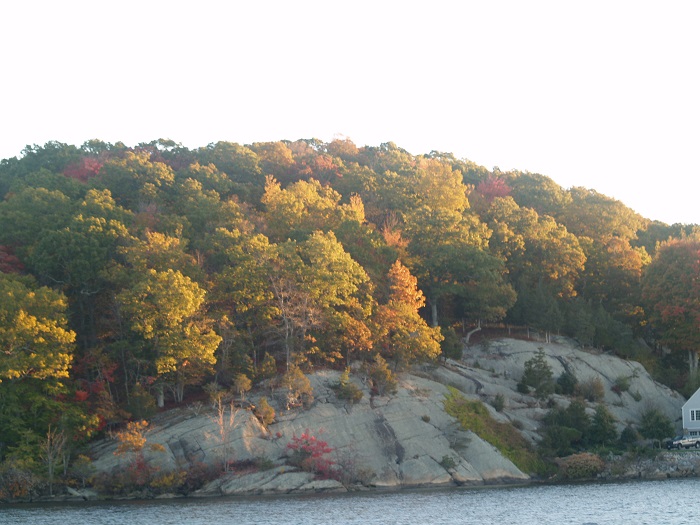 Seeing the CT River Museum from the water as we motored by was a beautiful sight.  I have been volunteering there for a year or so and I enjoy working with the gang there.   Actually, I have to edit a grant application before we get to Hampton as it’s due at the end of the month.  No rest for the weary. 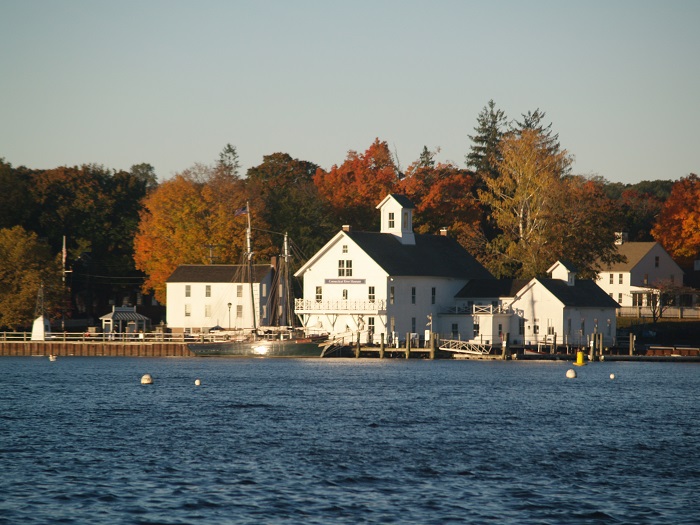 We also saw a bald eagle as we passed Hamburg Cove.  Is that a good or bad omen for our trip?  I am going with “good”. 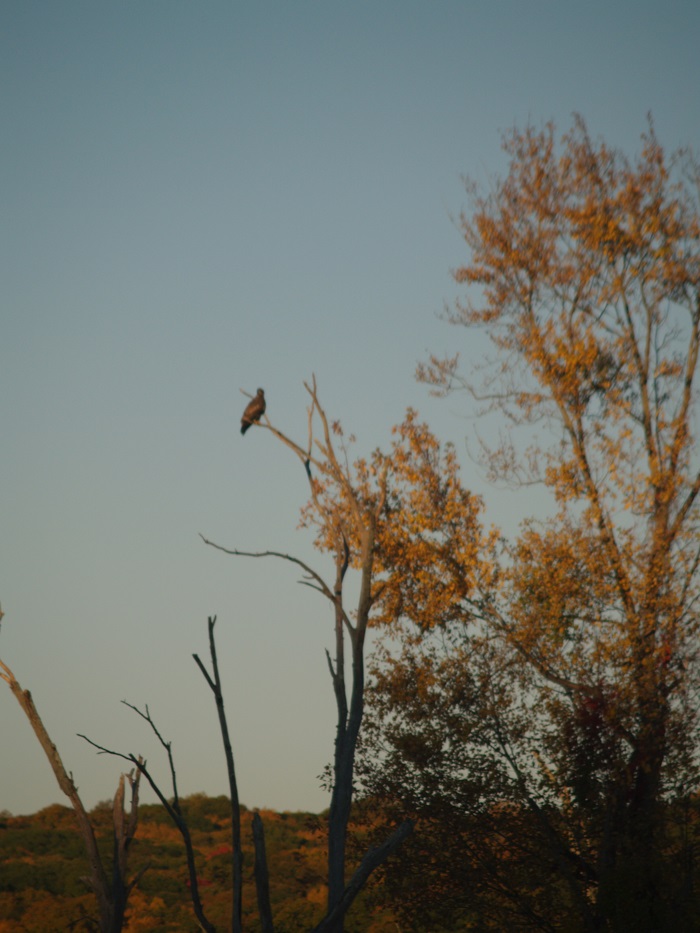 Well, I guess that’s about it for now.  If things are settled enough, and my Pactor Modem on my SSB radio is working, I will likely do another post on Saturday.