It’s Saturday morning and just two weeks from my scheduled departure for Hampton VA where Pandora will be berthed until I leave in early November for the BVI and our winter of cruising in the Caribbean.

It’s hard to believe that the “iron doors of summer” have slammed shut, Labor Day weekend has come and gone and it’s already getting cooler at night.   With temperatures overnight recently in the 50s, change is certainly on the way.  I guess it’s time to head south for the winter.  Let the migration begin.

You may recall that, a few weeks ago, when I was bringing Pandora from RI, I had a chance encounter with a US Navy sub off of New London.  I posted about it here and on FaceBook.    I also, through comments on my FaceBook post, was able to identify the boat as the USS New Mexico.  So, I decided to send a note to the boat directly and put a note on the boat’s website.

Some on FaceBook suggested that I’d “be in big trouble” for posting pictures of a sub sighting so carelessly.   Well, it turned out that even folks on nuclear subs enjoy getting pictures of themselves and were pleased that I had taken time to write about their arrival.  And, by the way, “could you send us those pictures you took so we can post them on our site?”.    Sure!  And they didn’t ask me to destroy them so I guess that I wasn’t in trouble at all.  Whew!

Anyway, I sent the photos, thrilled to be asked for them.   Fast forward a few weeks and what should arrive in the mail but an “official” USS New Mexico sub cap.  How great is that?   “Brenda, does it make my head look fat?”   Nice hat, fat head or not. 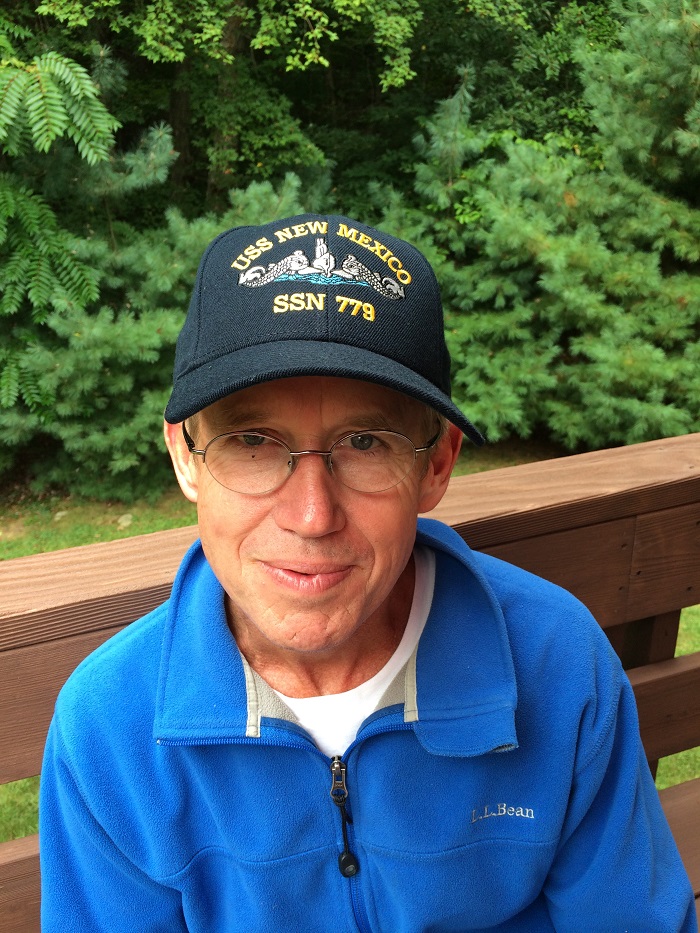 I also received a “challenge coin”.  An official coin of the sub.   Front… 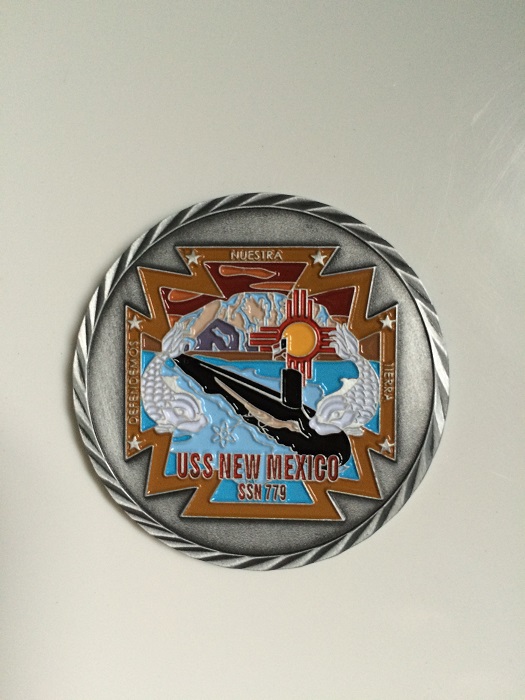 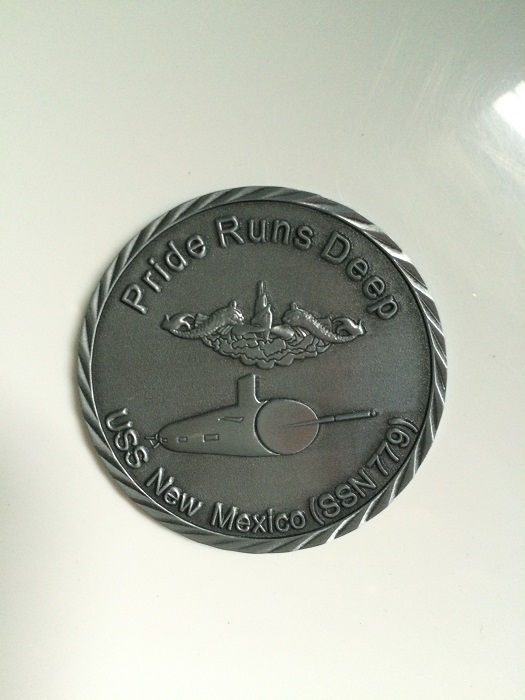 Interestingly, this is the second coin I have received from a someone in the service, the first when Brenda and I had dinner with a friend’s son, a guard at the US Embassy in Nassau Bahamas but that’s yet another story.

Curious, I looked up the history of these coins, called “challenge coins” by “those who know”.    It seems that they have become very popular of late among those in the military where they are shared among service personnel and given as gifts on occasion.   This link to Wikipedia gives an interesting background to the tradition which is reported to have begun perhaps during WWI, although it has become much more popular in recent years.

According to a description in Wikipedia, many in the “service” carry the coin of their unit and are sometimes “challenged”…

Sounds confusing…  Yup.  Not to worry, it doesn’t apply to those who have one but aren’t in the service.  One way or the other, I’ll keep my coins aboard Pandora, just in case and for good luck.

While I received my USS New Mexico Challenge Coin in the mail, I was given the Bahamas Embassy coin in the traditional way…

It seems that my “accomplishment”, in that case, was buying dinner.  Works for me.

One way or the other, it’s a wonderful tradition and one that I am trilled with being a part of, if only in a very small way.

Perhaps I’ll close with a few photos I “borrowed” from the USS New Mexico’s site.  This one is even better than mine.   It certainly suggests that the Virginia class of subs is what President Roosevelt mean when he famously said  “speak softly, and carry a big stick.” 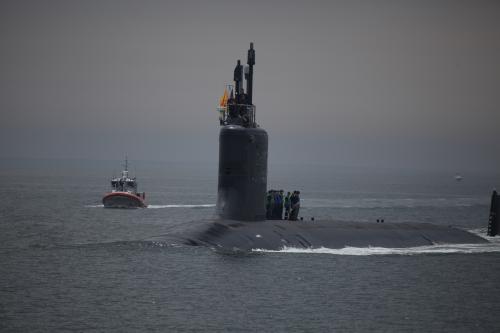 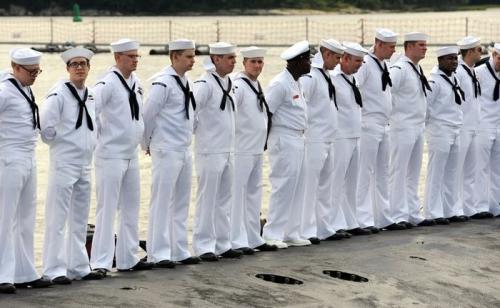 So, I guess that the moral to the story is that next time you see a sub, take a photo.  It might land you a cap.