Waiting on Ana in St Augustine

It’s Saturday morning and as of tomorrow my crew will have been aboard Pandora for a week TRYING TO GET TO CT.  Yes, I am raising my voice with the hope that Ana will hear me and decide to get out of the way so WE CAN GET MOVING!

Anyway, St Augustine is a lovely city and I should know as it’s the third time I have been here this year.  I will say that it’s a much nicer spot in May than it was in January when Brenda and I had our first stop and again in March as it was pretty chilly both of those times.  The weather in May?  Terrific.  Warm days and balmy nights.  And, the warm weather makes for great people watching.

Yesterday Michael, Jim and I stopped at a pub for a beer, two actually, as it was “buy one get one free” happy hour, and spent some time watching the world walk by.  And there was plenty to watch.  Here’s Michael taking it all in. 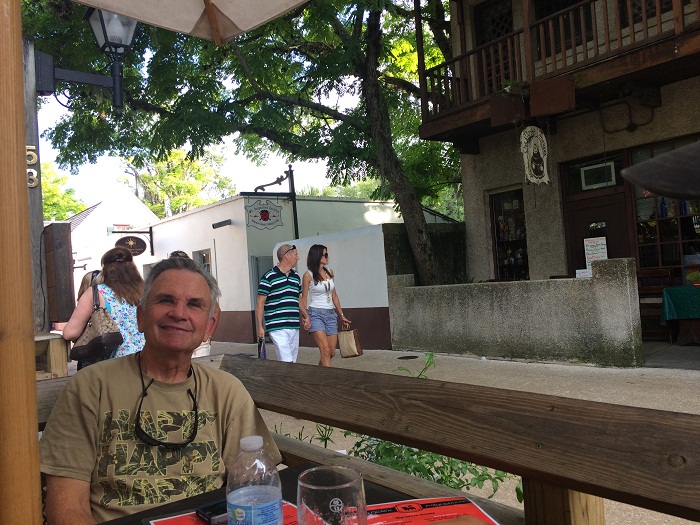 Perhaps it’s just me but there seemed to be a LOT of tattoos.  Not just the little ones that say something in Mandrin on an ankle but the rambling sort that begin at the wrist, flow up to shoulders and back down to the small of someone’s back.  And, that’s just the part that you can see.   Perhaps these folks that turn themselves into a walking art gallery are around all the time but there is nothing like a warm spring night to let you see, first hand, the result of what goes on in those little store front tattoo parlors that seem to be everywhere.

To be fair, there was much more to see than ink on skin.  How about fife and drum corps on the march? 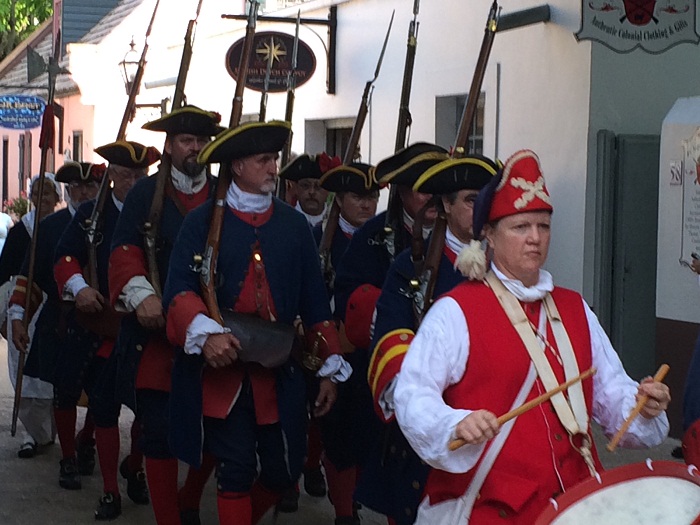 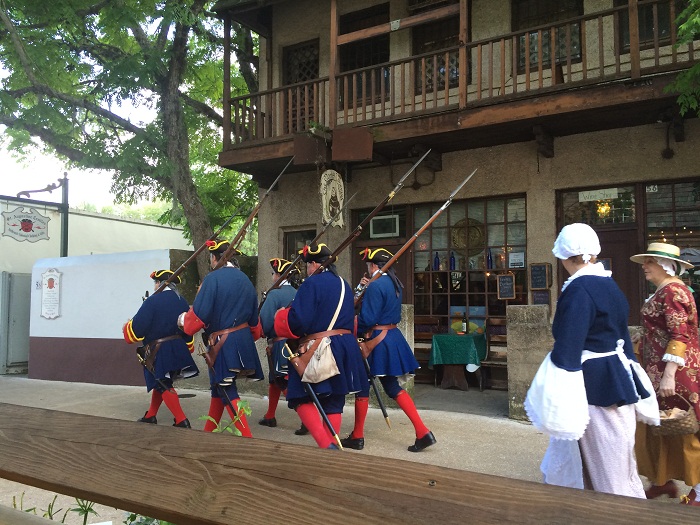 The historic district is quite quaint and a great spot to “people watch”, that’s for sure.  Did I mention that there were a lot of tattoos? 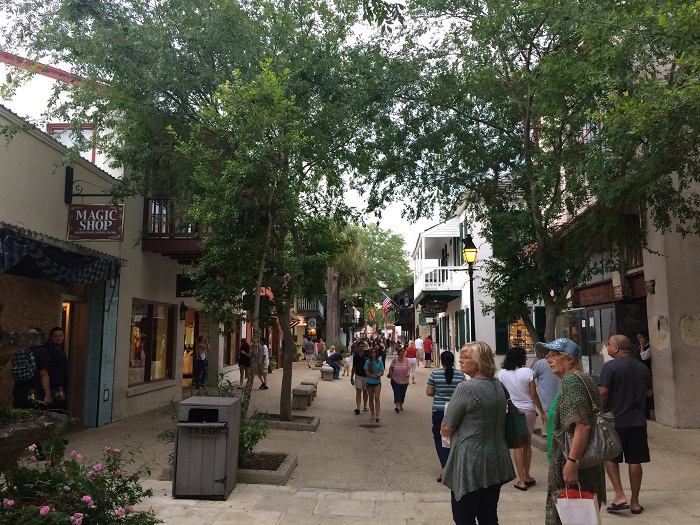 And, for the “older set”, there was a big band concert on the town green.  I understand that Michael is in a band in RI, where he calls home. 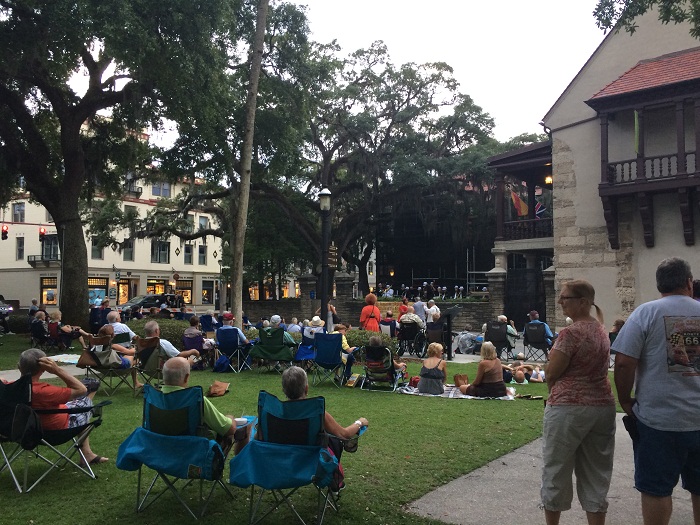 I wonder if 25 years from now everyone listening to band concerts will be completely covered with tattoos?  How about a musical scale running up your right arm and down the left?  Hmm…  Sure as shootin, tattoos look better on a 20 something than an 80 something.   “Is that a picture of a bowl of prunes tattooed on your back Grandma?”  “Shut-up and eat your cereal kid or I’ll send you back to your parents.”

I plan on talking to Chris Parker, the weather router, today about next steps and am hopeful that he will suggest that we leave on Sunday morning to head outside to Beaufort NC, just south of Cape Hatteras. a two to three day run, I think.  After that, I understand that there will be some northerlies again as a front passes offshore, north of the cape.

After all that,  I am hoping that things will clear up and we’ll be able to make a jump the rest of the way to CT.  I fear that this is going to stretch beyond two weeks and I’ll end up with some new crew for what is beginning to look like will become the “second half” of the trip.  I know that it will be tough for Michael and Jim to commit more than two weeks to this.  Perhaps my biscuits will convince them otherwise.

If not, luckily, I have been contacted by two guys who ready my blog, one of which I have sailed with before, who have put up their hands to finish the run if I need new crew along the way.

It’s nice to know that someone out there is reading this stuff.

So, more to come on this.  Let’s hope that we can get to the “main event” soon with the new Pandora and put some ocean miles on her and soon.

Oh yeah, I forgot.  Yesterday I was finally able to sort out the antenna issues with the satellite radio on the plotter so now I’ll be able to keep track of weather while we are out of cell range.   That makes me feel much better and gives me confidence that I’ll get advance warning if my buddy Ana, or one of her friends, decides to make plans to move in our direction and give us some trouble.

For now, it’s clear that Ana’s calling the shots and we’ll be waiting here in St Augustine while she makes up her mind on what’s next.

At least it’s not Cleveland…