Nearly there. Calabash River on the SC and NC border.

It’s Friday morning and I am not certain if I am in South or North Carolina as it depends on whether I am on the south side, north or perhaps the center of the Calabash river that marks the border of the Carolinas.   Oh well, I am definitely here in “the Carolinas” and not far from our destination, New Bern, which is only about 200 miles from here.   Considering that we have gone over 1,500 miles on this trip since leaving St Mary’s in early January, it’s just stone throw.

Our plan for today is to head about 30 miles to Southport at Cape Fear (Brenda just loves that name and all that it conjures)  with the hope of timing our arrival at the Cape Fear River to coincide with the tide flood as that will give us a boost with the incoming current for the remaining 10 mile run up river to Carolina Beach.

We understand that there is a restaurant there that will let boats tie up for the night if you have dinner with them.  That sounds good to me so I guess the only question is if they will have room at the dock for Pandora.  If not, we’ll take a mooring in the harbor and explore the town via dink.  Being on a dock would be a nice change of pace.

Yesterday we had a very nice run of about 55nm through some of the most beautiful “low country” we have seen yet.  As a special bonus, we were able to carry a fair current nearly the entire way, something that hardly ever happens.  The only foul current we encountered was for the last few miles before we arrived at the Calabash River as the tide had started to flood.   It was important for us to make good time to get here as there are very few places to anchor along this particular stretch and the only option before Calabash was hours south and the next anchorage quite a few miles further up the line.

Along the way we went through miles of marshes lined with Bald Cypress, so named because they loose their needles in the winter.  We particularly enjoyed watching seeing the wildlife as we motored slowly by.

There were turtles lined up on logs everywhere as the water in this area is fresh.  I wonder if the one at the end started there or was “pushed” along by late arrivals.  “Hey Yurtle, yeah you, move up a bit and make room?” 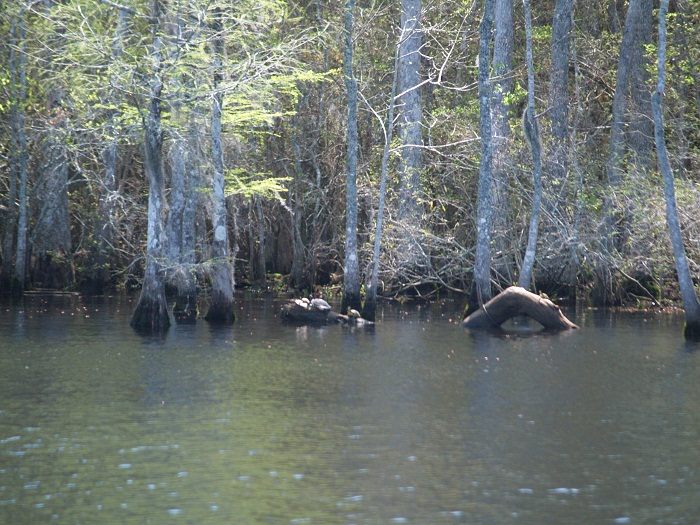 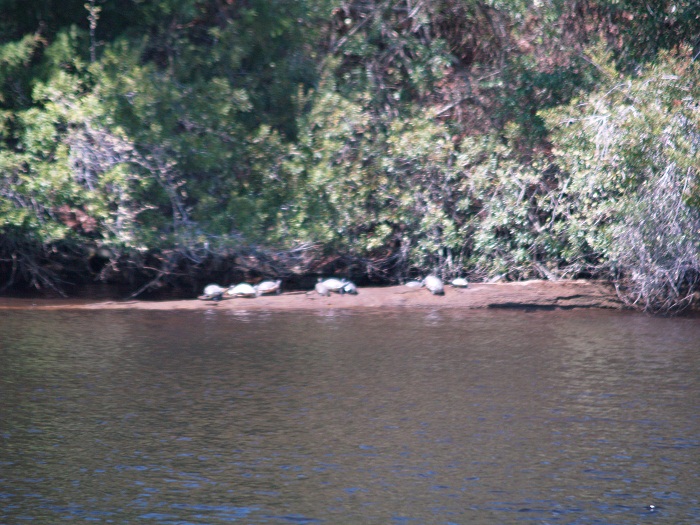 We also saw many osprey nests.  This one was perched on a navigation aid, a very popular choice, it seems. 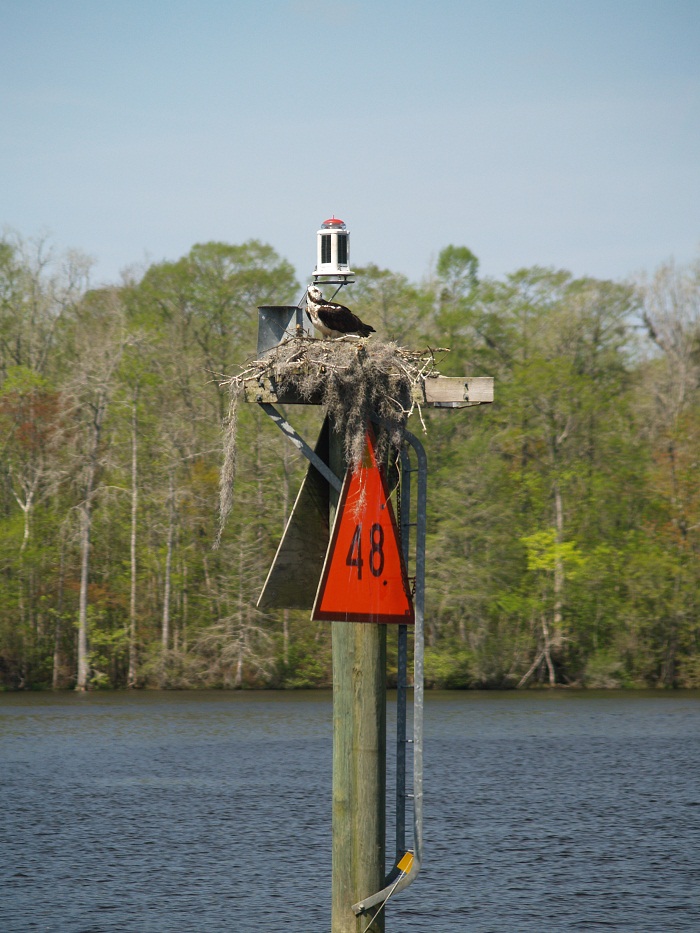 It’s always fun to look at the homes that line the waterway here and along with the huge monstrosities that are such a part of “waterfront living”, we were struck by the color of this one.  Boy, I sure hope that the neighbors like purple and pink.  Yow-za… 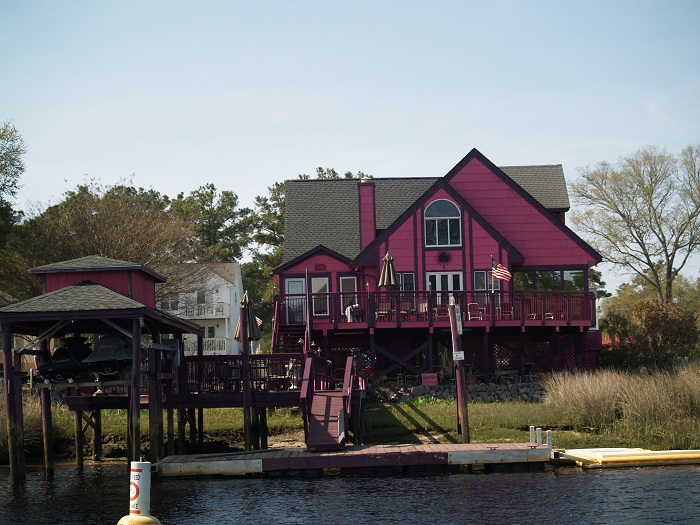 I’ll bet that they will have to reconsider their paint scheme when it comes time to sell.

I can’t begin to count how many bridges we have gone past in our travels but I guess that the SC highway department has decided that they need one more.   It surely looks like a huge job . 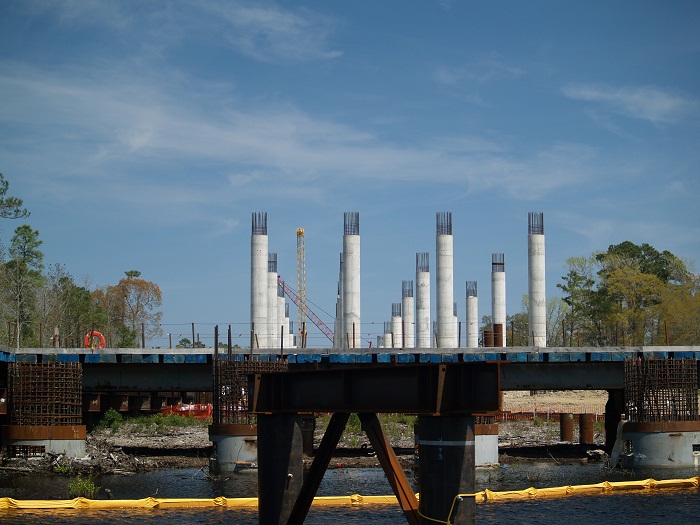 I wonder how long it takes to complete a bridge of this magnitude.  Years?   We will just have to wait and see how progress is going on our next trip through the area.

Well, writing this isn’t getting the coffee on and Brenda’s up so I guess I’m done for now.