Marathon: Yes, we are still here as is most everyone else.

It’s Friday morning and we have been in Marathon for a week.    Amazingly, even though they have some 250 moorings in the harbor we have still not made it onto one of them.   When we got here we were something like 32 on the waiting list and as of yesterday we were, I think, number nine.

Most interesting is that there were about a dozen empty moorings when we went ashore yesterday morning and I was told that some folks rent one for the entire season just so that there will be one for them when they return after sailing elsewhere.  I certainly understand that if you are willing to shell out the $$ for the season that you should get a mooring.  Somehow it seems wrong to have moorings sit open for days or weeks at a time when there is such a long waiting list.

I wouldn’t normally mind being at anchor but having to tie up in the mangroves makes for some pretty hot and buggy nights.  The bug coils that we are using in the cockpit are working pretty well but it is quite hot in the evenings when the breeze drops it gets a bit close.

We had a very nice visit with our son Rob who visited for two days after a business trip to Miami.  It was a lot of fun.  We drove down to Key West and had a nice lunch and walked around the town.

There are some lovely old buildings in town.   I expect that Henry Flagler, who built the rail link from Miami to Key West in the “teens” had a hand in this one.  Very well preserved. 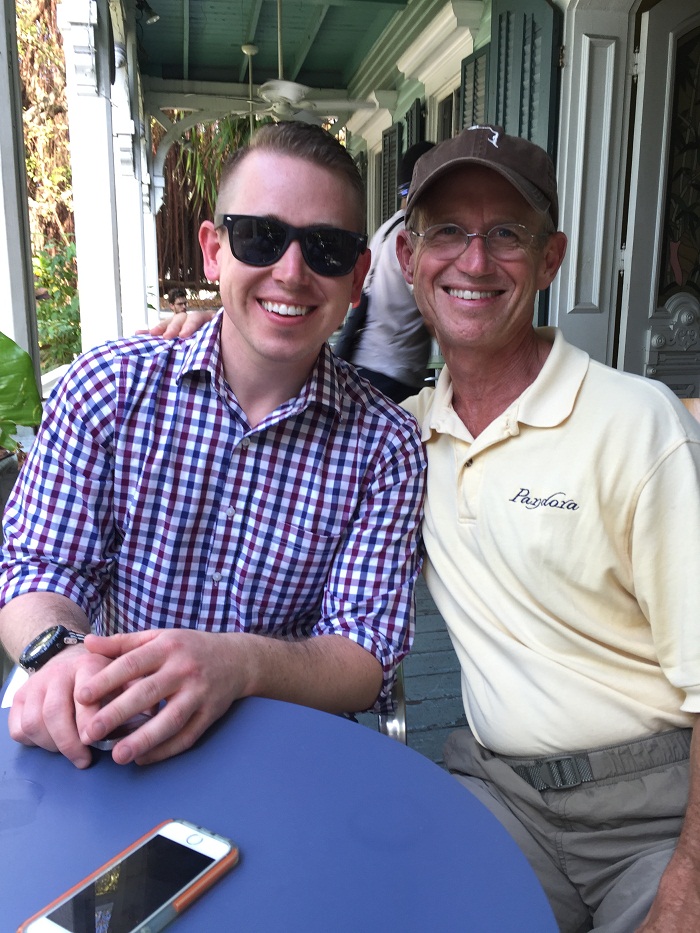 About a month ago we had a “mishap” with the dink and tore a hole on the bow.  While I had put a patch on it “in the field”, I wasn’t confident that the repair was going to hold for the long term.   Luckily, there was an inflatable repair shop locally and they even provided pick-up and drop-off at a boat ramp downtown.   Well, all’s well now and the repair looks great. 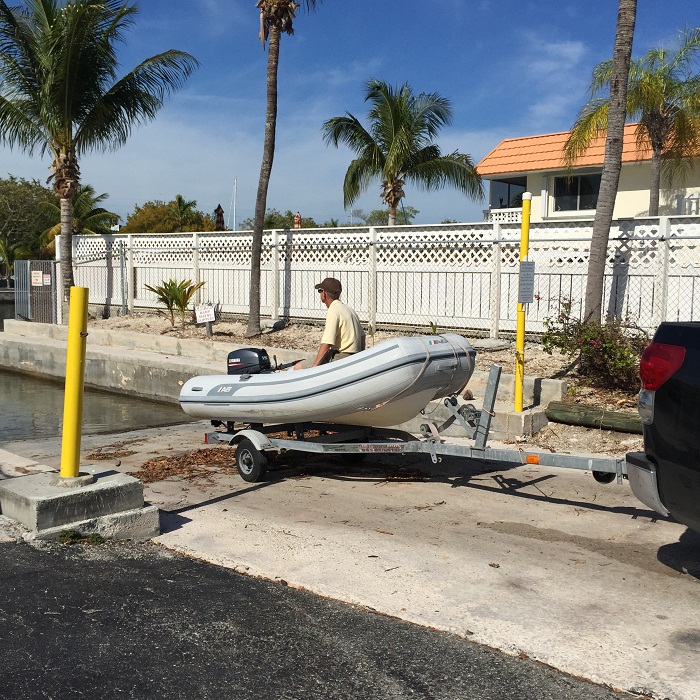 And what a grand “relaunching” it was.  Almost as good as new.  The dink, that is.

While we were waiting for the dink to be repaired, we had a long lunch at this lovely beach resort.   What a nice spot. 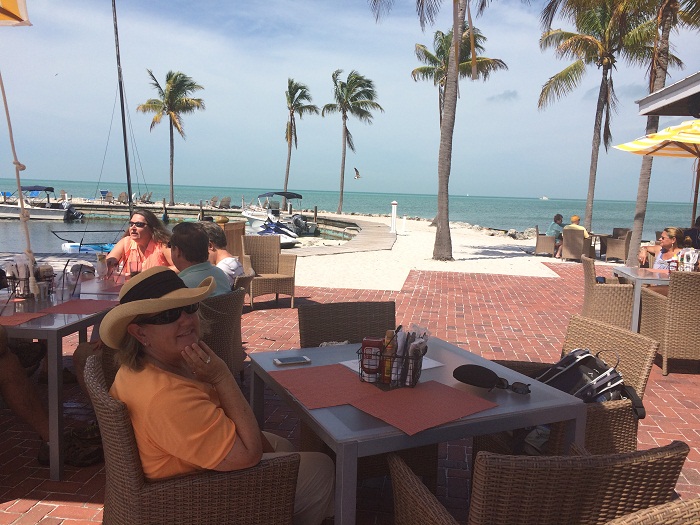 Finally, I haven’t talked about this for a while but we have been showing Pandora to a few prospective buyers over the last weeks and we received our first offer a few days ago.  As is so often the case, we weren’t too happy with the offer and countered but the buyer bolted.  Oh well.  Better luck next time.

So, what next for Pandora and our travels?  Well, the next weather window looks like it will come early in the week so perhaps we’ll make a run for Bimini.

Perhaps we’ll clear the waiting list for a mooring when we leave?   They say that timing is everything and as it takes so long to make it onto a mooring perhaps that explains why so many NEVER LEAVE.   They simply don’t want to lose their spot.