Beryl Barrelling down on Beautiful Beaufort

Here we sit in beautiful Beaufort, NC, for a few more days courtesy of the second tropical storm of the season, Beryl.  Who would have guessed that we would have delays caused by two, count em, two (so far) named storms as we head north from Nassau?  I am not going home until I have enjoyed all of the named storms of this season.

However, I can imagine worse places to spend Memorial Day weekend than a place crammed with cruisers from all over.  I met a nice couple yesterday who live aboard a Hallberg Rassy 35 and have been cruising for the last two years.   As most insurance companies require their insured to be north of Cape Hatteras by June 1st,  the result is  there is a constant stream of cruisers coming through Beaufort as they move northward.

One particular draw of Beaufort is the fact that the Intra Coastal Waterway here offers a safe way to avoid going outside around Hatteras, sometimes called “the graveyard of the Atlantic”.  Boats with a mast height less than 65′  can travel inside and avoid bad weather off shore.   In our case, Beryl (remember her?) is out there with strong NE winds, the very direction you want to avoid in the north flowing Gulf Stream which kick up some really awful conditions.  As The Abby’s mast is plenty taller than 65′, we have no choice but to wait until things calm down and go outside.

So, what’s a sailor to do when stuck in a beautiful resort town on Memorial Day weekend?  EAT!!!

Fortunately, at least one of our crew, Mark, is a very good cook and with our able help, we are not starving.  Just take a look at this spread from lunch the other day, salad Nicoise and a nice rose´. 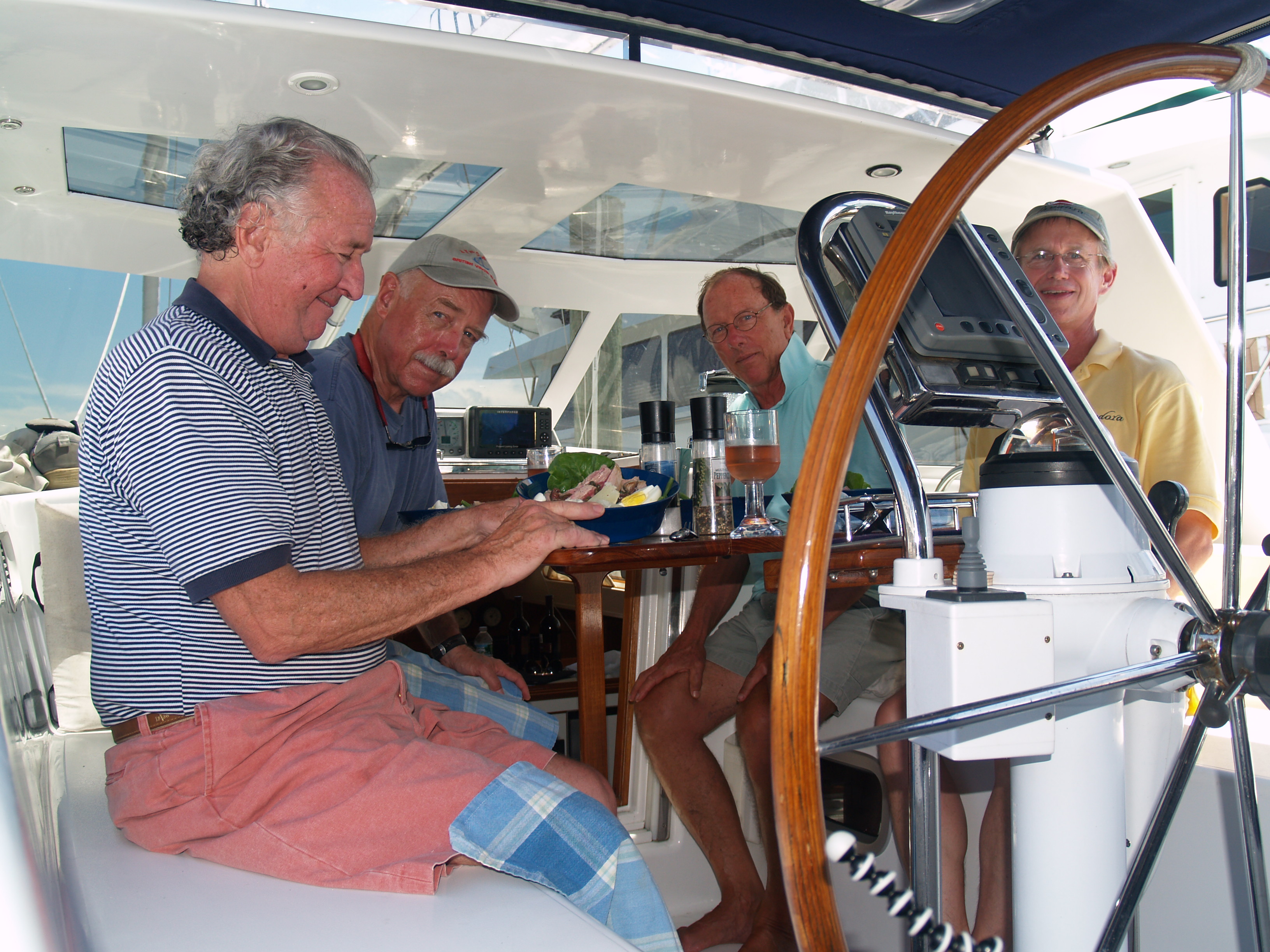 Our chef is the grey haired gentleman on the left.  No wait, we are all grey.  Well, he is still the one on the left.  Me? I am an awesome dish washer.  It’s that fastidious thing and it does come in handy from time to time.

As far as our leaving here, that’s up to Beryl with a dispensation from Neptune.  More to come on that.  Monday?  we will just have to see.