It’s Thursday morning here in Casal de Loivos and it’s overcast.  We are being lazy and can’t quite decide what to do with the day.  Along with being cloudy, it’s also a bit chilly.  When we were originally planning our trip to Portugal we had considered heading north immediately after arriving and then working our way back south with the hope of staying ahead of the cool weather as we headed into November, the second half of our trip.

Alas, we were lulled into taking our time heading north as it was so warm, too hot actually, for the first few weeks of our trip.  I don’t want to make it sound like it’s frosty, as it’s not.  It’s just a bit cooler than we would prefer.

Having said that, yesterday, when the sun was blazing and warm, we went for a wonderful walk up in the mountains, near the inn where we are staying.

The view from the hotel is fabulous and got even better as we walked around and between the many vineyards that are carved out of the hillside.  “Carved” is the operative word here as the hillside is so steep that there is no way you could farm it without all of the soil washing away.  So, over the hundreds of years that this area has had vineyards, the hillsides have been totally transformed into a series of steps supported by perfectly constructed rock walls climbing up the sides of the mountains.

The visual textures are a feast for the eyes.  The “walls” built alongside of each row are about 8-10′ tall.   To put this sort of labor into a farm certainly suggests a view to the long term. 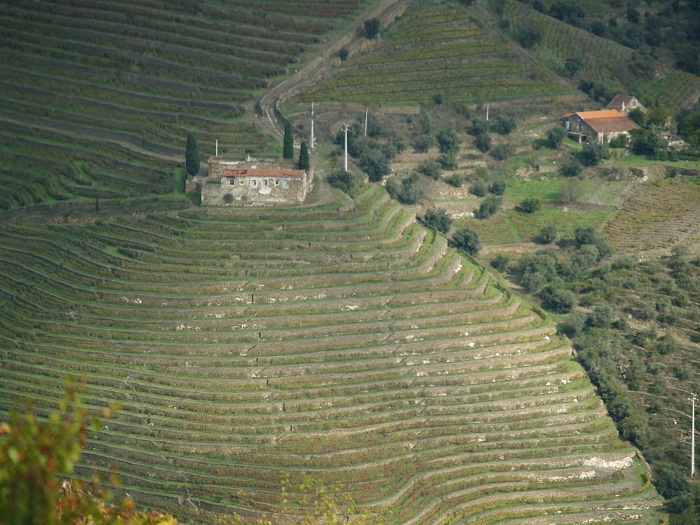 As we walked along the road curving around the mountaintop, we enjoyed seeing the changing colors on the grapevines.   In the next few weeks every vine will be trimmed by hand to prepare the vines for next spring. 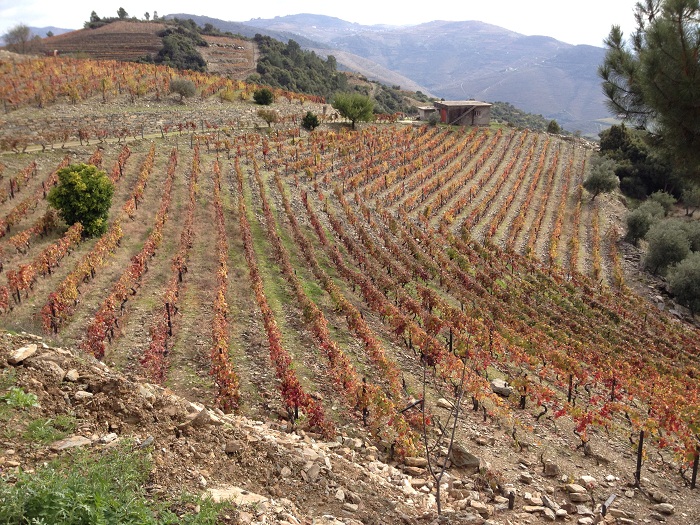 The soil is impossibly rocky with what seems like more rock than dirt.  Interestingly, the posts that support the vines on strung wires are made of rock themselves.   That makes sense as these vines are expected to produce fruit for many years, far longer than wooden posts could be expected to last. 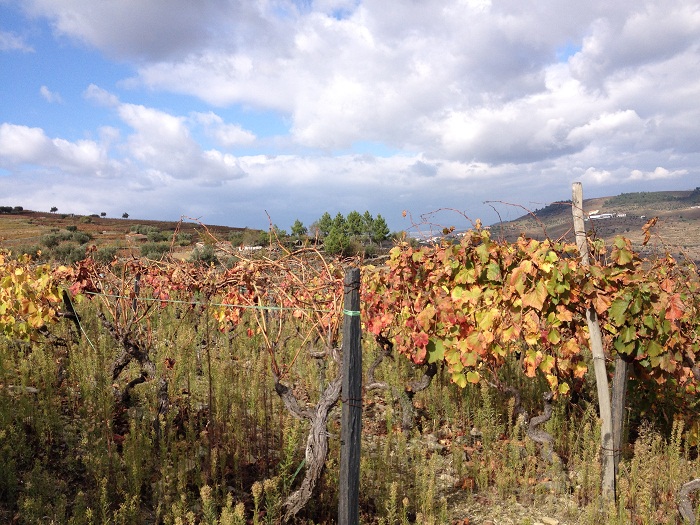 The views along the way were really spectacular.   This spot, in particular, seemed like a great place to sit for a picnic.  Perhaps today if it warms up.  Cheese, bread and wine?  Yes, sounds good to me. 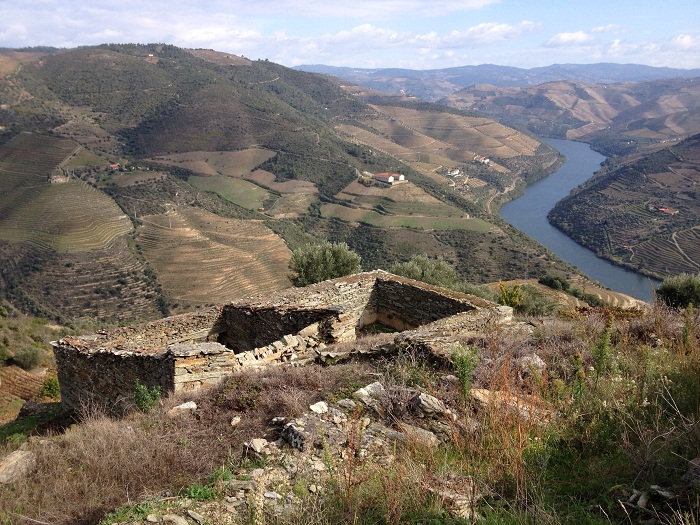 We only saw one other person during the few hours that we walked around the roads, enjoying the view.   What an amazing place and we had it all to ourselves. 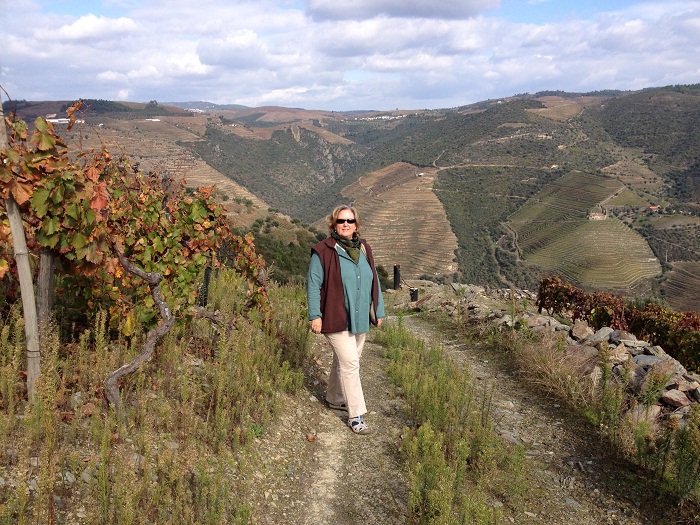 Even the littlest details caught our eye, like these pretty little plants sticking out of the side of a wall. 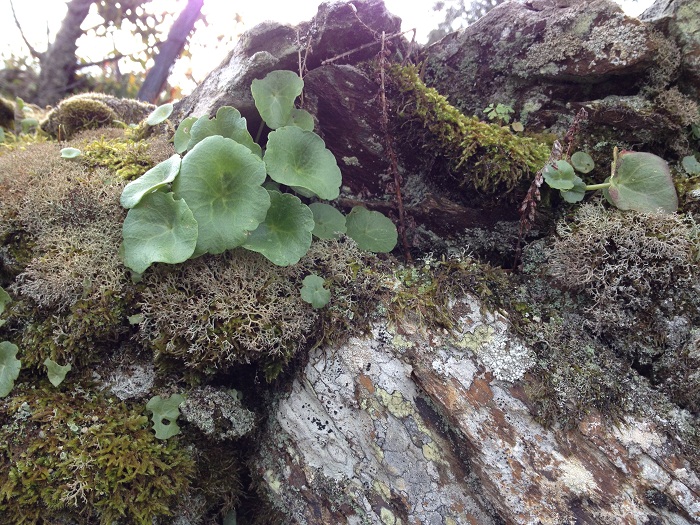 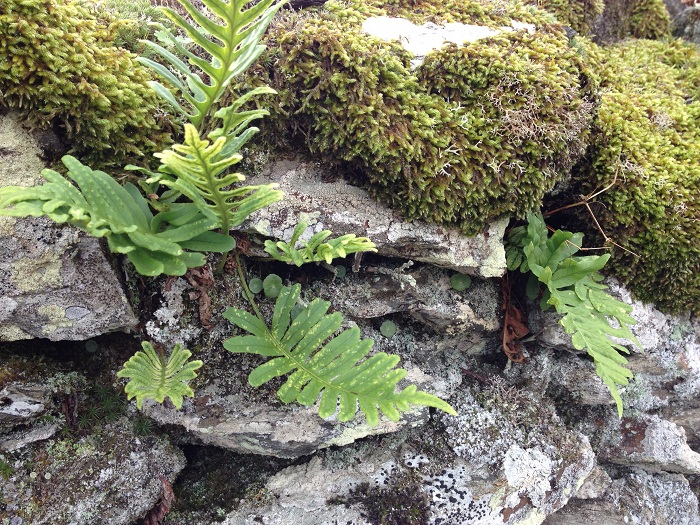 There were olive trees everywhere, laden down with fruit. 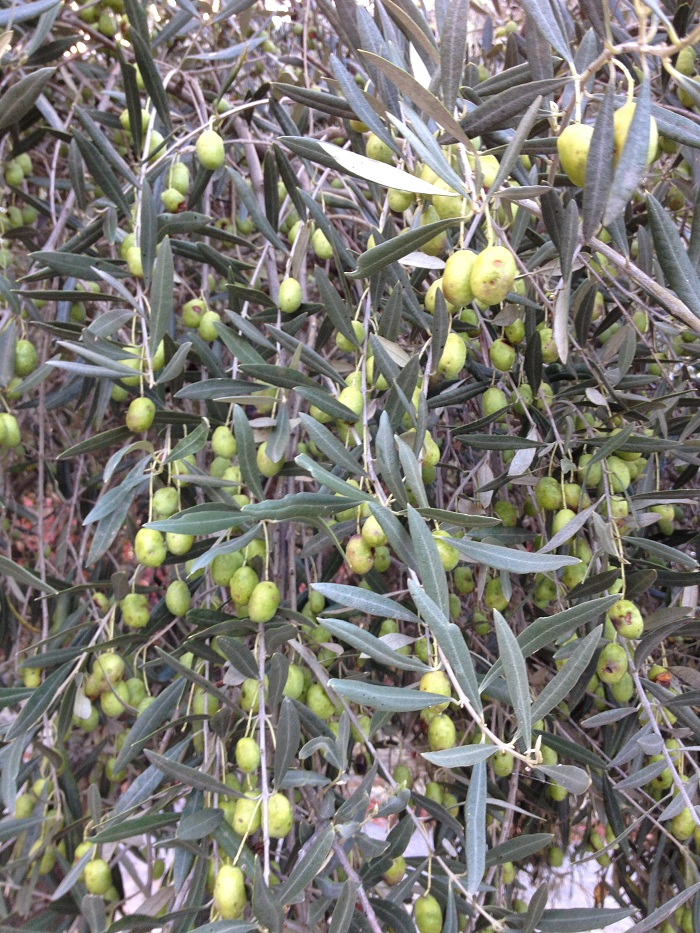 The lemon and lime trees were particularly inviting. 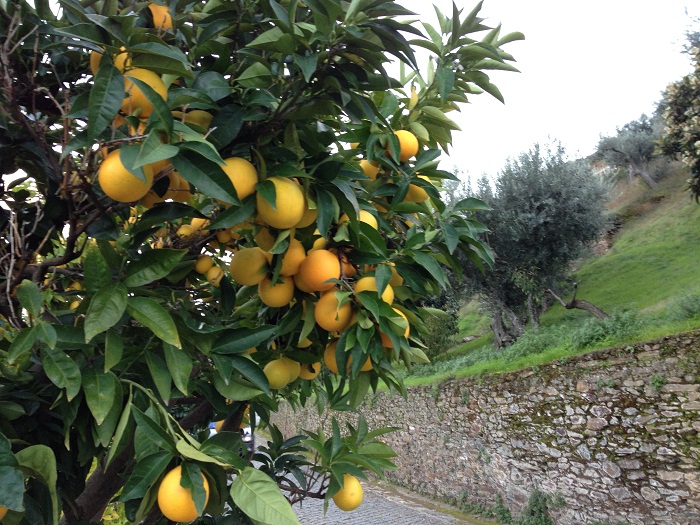 Just outside of the village was a little chapel.  It seems that everywhere you turn there are churches and even little shrines built into the sides of roads and always with candles burning and flowers place in offering. 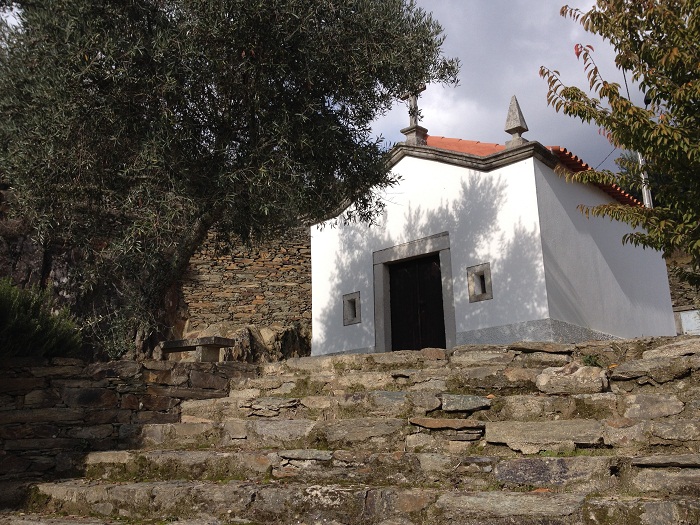 The cemeteries are very scenic and always within walls. 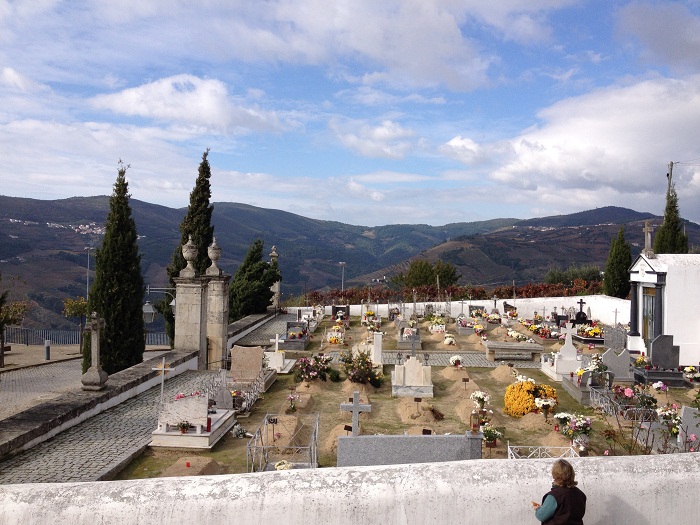 After lunch we headed out in the car for a bit of exploring.  Along the way we came upon a huge lock in the river to allow boats and ships to pass.  The Douro river was once a wild river with rapids all along the way for the few hundred miles to Porto.  Now, with 4 massive locks to control water flow, larger vessels can go up and down the river at will.  Cruise ships are specially built to fit in the impossibly narrow locks.  This shot was vertigo inducing for me to photograph.

Note the car parked on top of the lock.  That gives a pretty good sense of scale. Interestingly, the lock itself is over 100′ deep and when open in the lower position, as it is in this shot, the ships pass under the raised door.  The lock is so deep that control lines used to hold the boat in place move up and down with the water level to allow the line handlers to keep control of the boat in the lock.  The lock system was only put in place in the 60s, primarily to encourage river cruises that last a week at a time for tourists.  The boats look very plush. 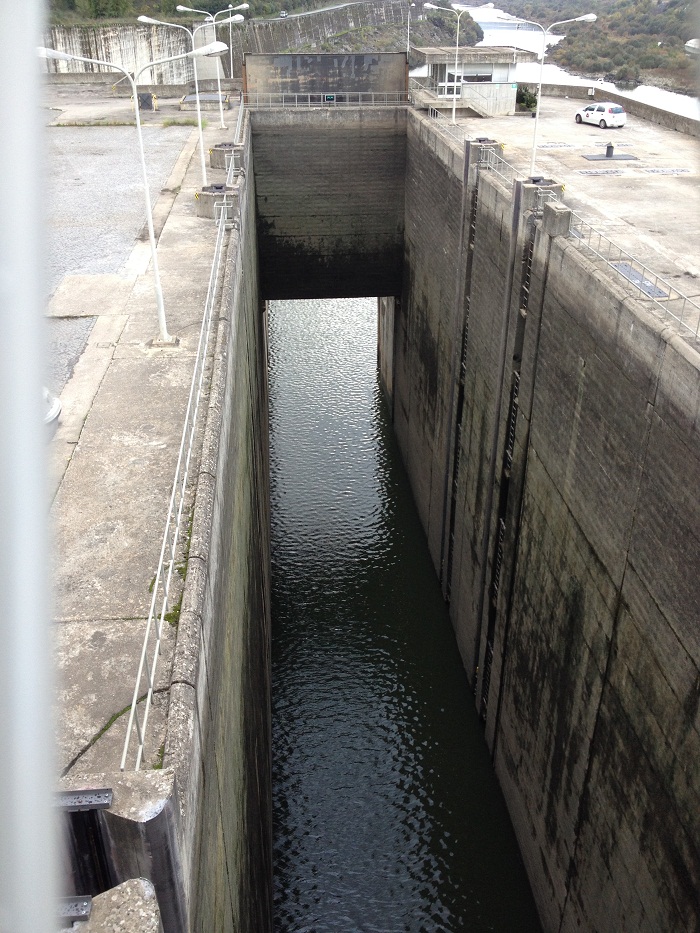 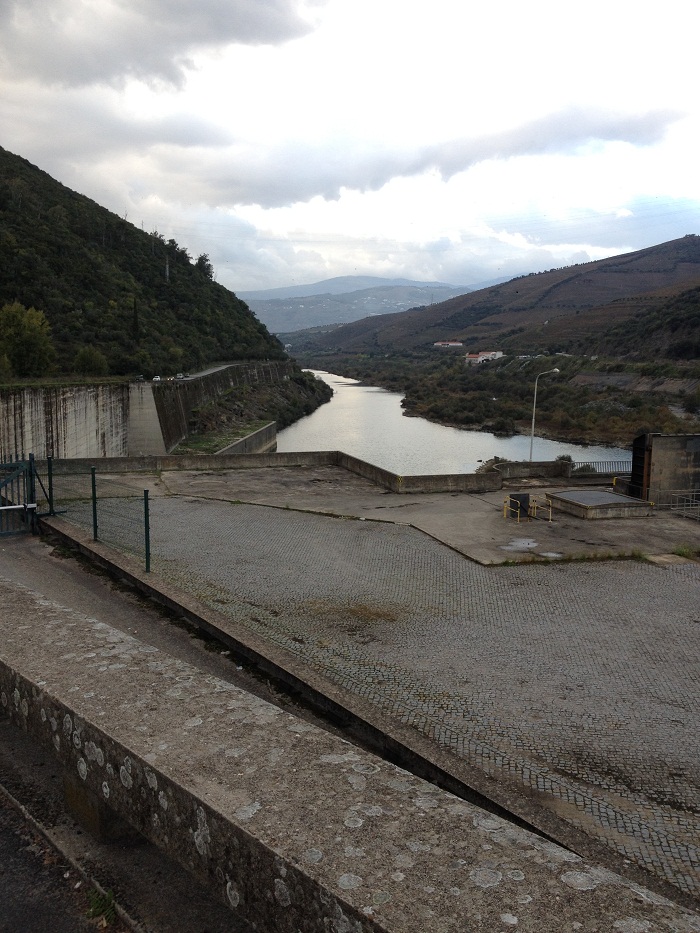 Our ride along the river helped me get a bit more used to speeding along roads that seem way to narrow for the speeds that everyone uses to get around.  I have to say that sometimes I feel like the next corner can’t possibly get more hair raising and it does.

Last night we went down the mountain for dinner at a very nice restaurant and after a few glasses of wine I went VERY SLOWLY back up the mountain.  In the dark, it was easier than I had expected as you could’t see now nasty the drop-off was at each turn and the oncoming headlights from other cars alerted us to their presence.  During the day you don’t know what’s going to be around each corner until you are half way through.  And, sometimes what’s coming around the bend, at breakneck speed, is a truck many times bigger than you.  Brenda particularly enjoys those encounters.

One thing that they don’t seem to spend much money on here in Portugal is guard rails.  To see a drop off of hundreds of feet with only a few feet between you and what seems like certain death, is taking some getting used to.

Well, enough of that, perhaps it’s time for a walk and perhaps a picnic lunch on the mountainside.  Yes, sounds like a plan and with no crowds around, we will have the whole place to ourselves.  That’s nice…