It’s Thursday morning and we are FINALLY going to leave for our run to Annapolis.  Our plan will be to head out around Montauk, offshore and down to the Delaware River at Cape May and through the C&D canal and down the northern Chesapeake to Annapolis, a run that should get us there by Sunday.  I will be posting our position every four hours following our departure so you can track us by clicking here or going to the “where’s Pandora” button on this site.

It’s been crazy for the last few weeks, lining up crew, picking dates and changing them again and again.  I am not sure how many crew I had “lined up” but with all the changes as to when we were leaving, I think I “confirmed” around a half dozen.  Alas, plans change for them as does the weather.

In the fall it seems that the winds are more changeable than in the spring as winter winds and summer breezes duke it out.  In the end, it’s the northerlies that win over, well at least till spring when the prevailing south-westerlies take over again.

Well, the weather systems have been battling it out for weeks now with a few days of good northerlies to take us down the coast followed by a quick change to unfavorable southerlies.   Believe me, it’s a lot more fun to go with the flow (wind that is), than against it.

Happily, it looks like today is finally going to be the day to head out.  Even as I write this the winds are still from the south west but they are expected to change, and I hope they do by this evening, to favorable northerlies.   And then that won’t last for long as it’s supposed to go southeast by Saturday.  I would expect that we will be in Annapolis by Sunday so that’s good.   Who knows, perhaps we’ll get lucky and the wind will shift to the south as we turn the corner at Cape May and head north up the Delaware River.  Stranger things have happened.

My crew, Jim (from Annapolis) and Roger (fellow SAGA 43 owner from NYC), both experienced offshore sailors, will be arriving early afternoon and then we’ll run up to the boat and cast off.

I’ve spent days, no make that weeks,  getting Pandora provisioned and ready for the run to Annapolis.  After the SSCA Gam next weekend, I’ll have new crew for the run to ST Mary’s GA in early October.  Making sure that everything we will need to make the run south as well as what Brenda and I will want to have on board for the winter in FL and the Keys needed to be sorted out.

Well, I have to dash to run to the dump and boat as well as get back and cut the lawn (I won’t be home for several weeks and the lawn continues to grow, you know) before running a few errands and picking up the guys. 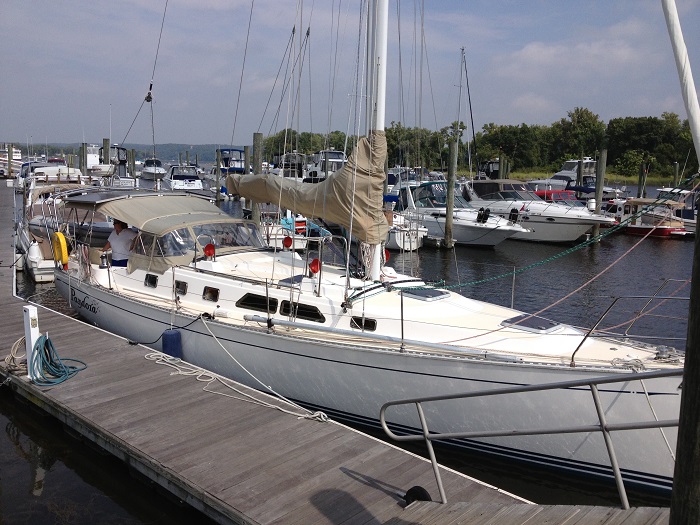 Next stop. Annapolis.  I am looking forward to spending some time touring around town.  There are plenty of wonderful sights to behold. 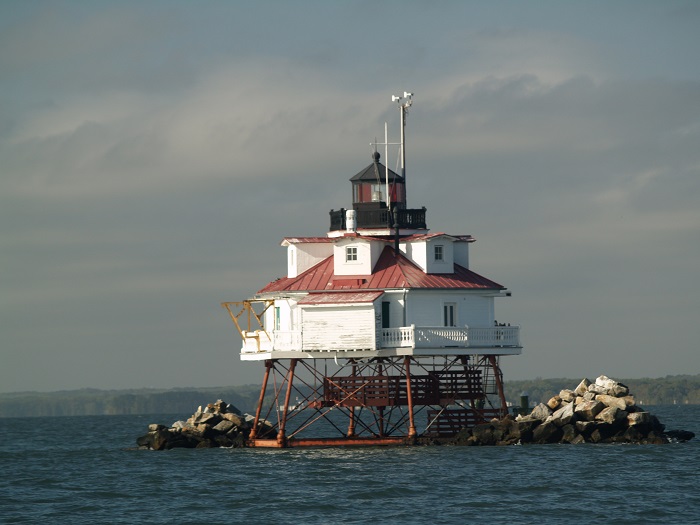 Well, wish us luck and keep those cards and letters coming.  Well, at least leave a comment so I know that there is someone out there.

Hello, hello are you there?