We are enjoying our time here in Green Turtle Cay.  Since coming here a few days ago we have spent a good deal of time exploring the island, including visits to several beaches and most recently a visit to the largest settlement, actually the only settlement on the island, New Plymouth.   This “town” like so many in the Bahamas was settled shortly after the American Revolution by families loyal to the British Crown.

New Plymouth is very compact and well kept village, surrounding a tiny harbor.   As is the case in the Bahamas, there are many churches serving the locals and they are very active.  On the day we toured the area there were both a funeral and wedding going on.   What’s a local to do, so many choices?  No wait, for those who wished, they could go to both after a quick stop at home for a change of clothes.  It was clear that these two events were timed so that they would not conflict with one another, or at least not bump into each other on the narrow streets.  And, to make things easier, they were taking place at two different churches.

The funeral was a pretty big deal with a large procession of mourners processing on foot from the church to the cemetery.  The wedding reception, scheduled for later, was being set up under a large tent that had been erected over the local basketball court just adjacent to the cemetary .  The streets are very narrow, just about wide enough for a golf cart, the preferred mode of transport around town.  I understand that the bride was to be delivered to the wedding via golf cart.   We did see one tooling around with purple and white balloons all over it.  We also noticed that there were plenty of drivers of carts going down the streets with a beer in hand.  Hmm…  Hope that doesn’t lead to more funerals.

The streets are very well kept with tidy buildings.  The plantings are great.  This was a particularly robust bougainvillea.  Pretty impressive. 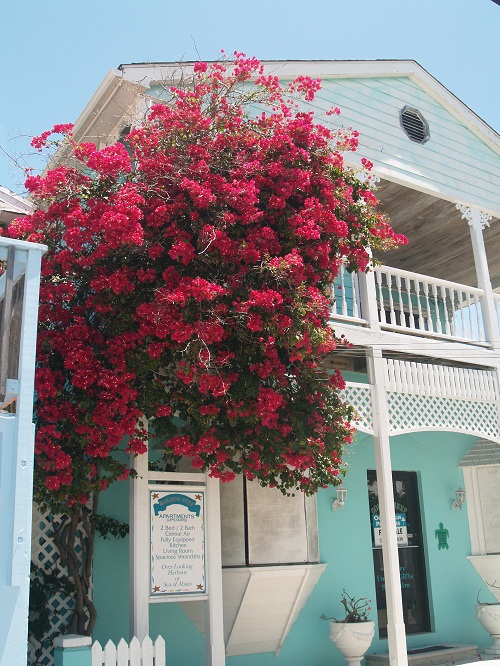 Hey you, drinking a beer and driving the golf cart, how about a visit to the old jail?   The creature comforts at the jail are pretty stark.   However, it is pink… 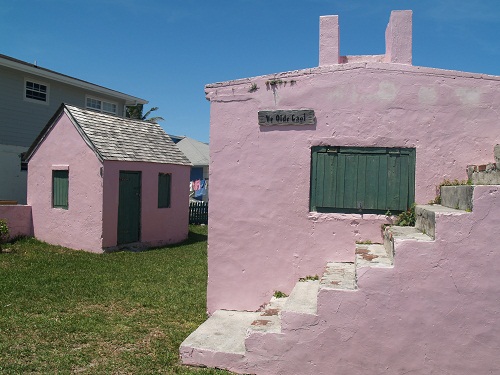 The homes are very well kept. 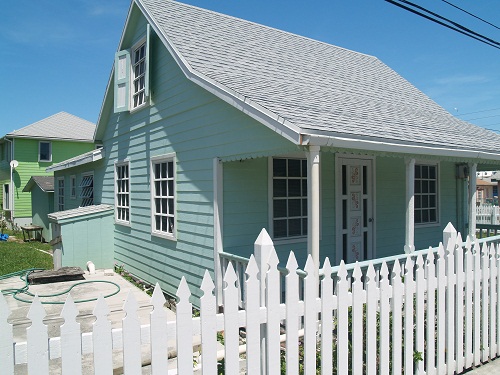 There are several museums of life on the island.  Unfortunately, due to the funeral and wedding, they were both closed.   Great garden in back of one though.  Notice the detached kitchen.  That was to keep the heat out of the main house and to reduce the chance of burning your whole home to the ground in the event of a mishap.   Makes sense. 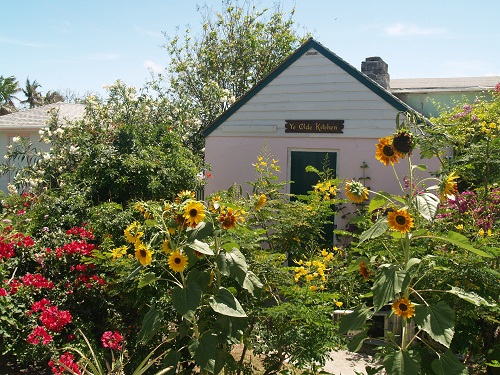 The government offices were quite simple but nice.  There is even a immigration office, something that is available on quite a few islands in the Bahamas.  However, some if not all have restricted office hours limited to just a few days a week and never during lunch hours.   I expect that the new jail is nearby.   Wonder if it’s pink too?  Probably or a nice light blue.  What self respecting male criminal would want to spend a night in a pink jail? 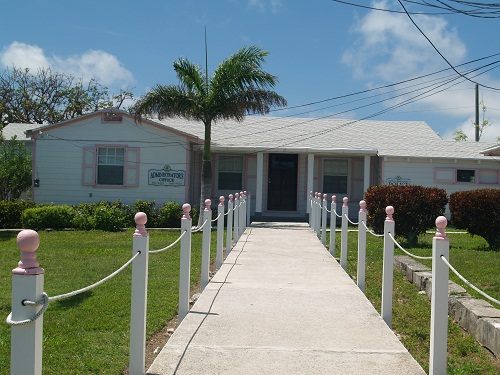 Brenda posed in front of the Methodist church.  She plans to write an article for the newsletter from our last church in New Jersey about some of the Methodist churches in the Bahamas.  Alas, we haven’t been good enough Christians to have actually attended one of the weekly services.  We did hear that the locals are very welcoming and encourage cruisers to attend. 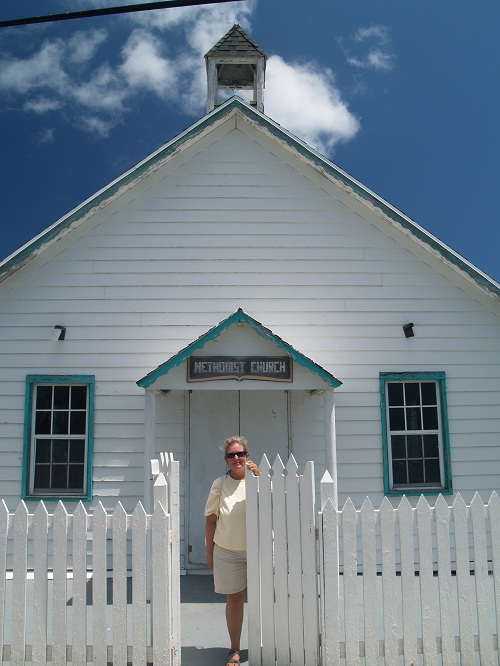 The gardens were great around town.  This cactus was really nice and about to go into bloom. 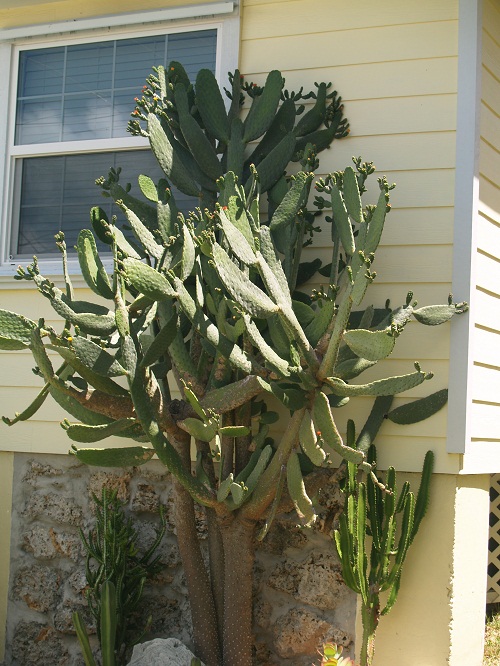 Another of the local orchids.  This one also growing on a tree and was in someone’s yard. 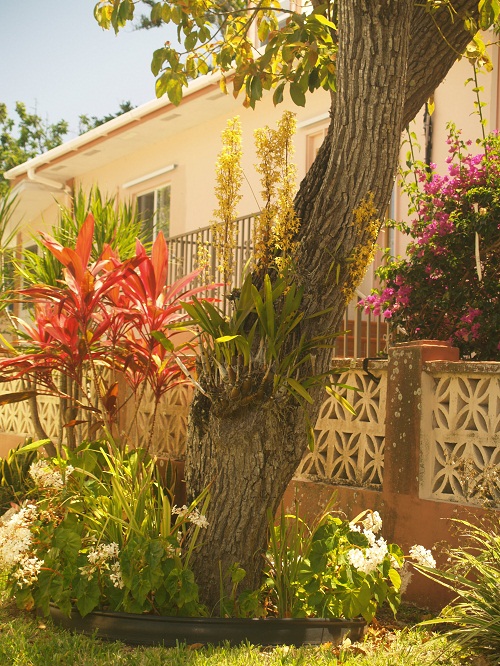 I don’t know what this flowering tree is.  Pretty amazing display. 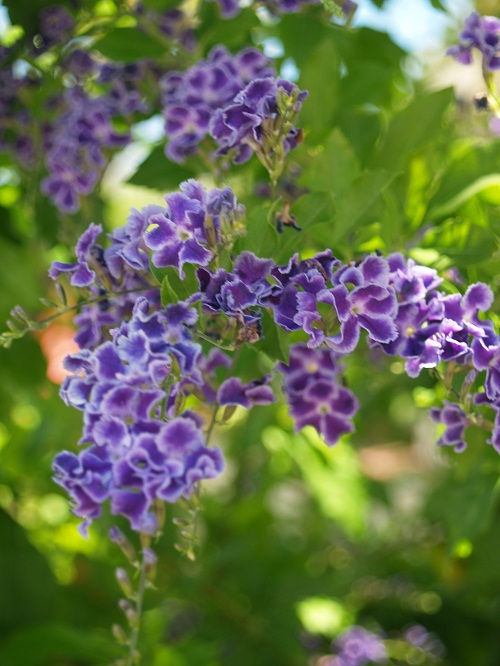 A sort of datura.  However, unlike the other ones we have seen, this one flowers in an upright manner.  Notice that the 6″ flower is a double, with a second trumpet growing out of the first.   Quite dramatic. 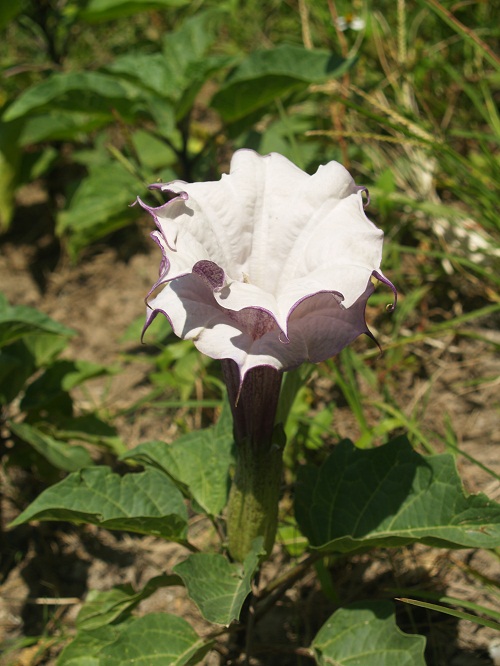 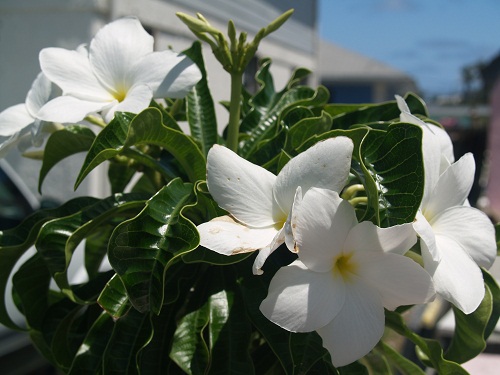 There is a ferry service that runs on a very regular schedule, more than once an hour, from the mainland (if you can call Great Abaco Island the mainland).  The gang waiting on the dock were some of the may funeral attendees.  There was quite a crowd.  I guess that these folks weren’t on the invite list for the wedding. 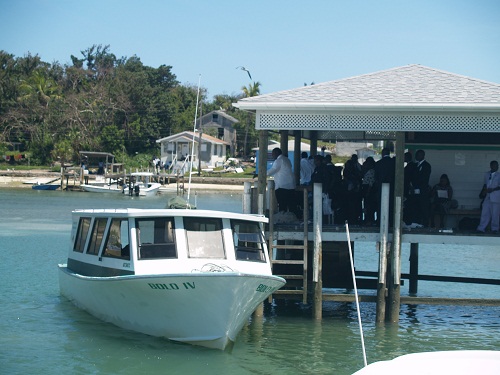 Now that I have successfully segued from gardens to water, how about a shot of a wonderful red legged heron near if not in the water?  Not the actual name but he did have red legs.  We saw him when we were out on a harbor cocktail tour in our dink last evening. 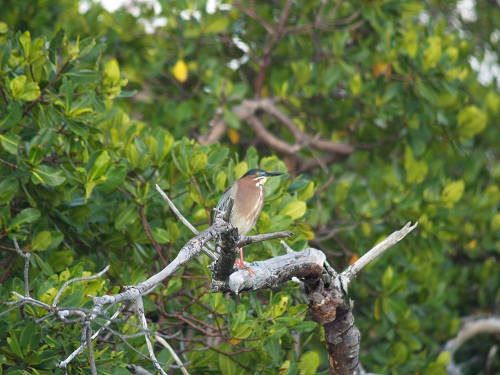 We also stopped at a little beach out near the harbor entrance and enjoyed checking the area for shells.  As it was low tide we saw lots of fun critters.  Brenda was very brave and walked among the skittering crabs, one of which actually had the audacity to bump into her foot.  The nerve…

We were thrilled to spy this beautiful sea slug in about a foot of water.  They swim gracefully through the water by undulating the “wings” that run down their sides.   This little guy was about 6″ long.  What a unique creature. 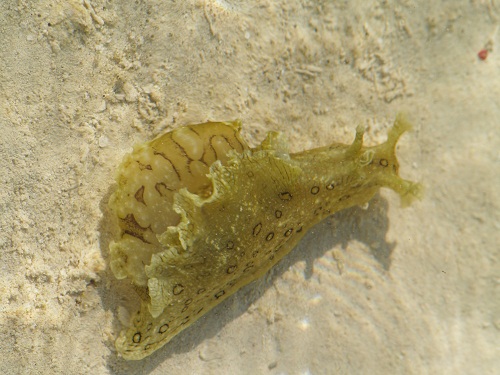 It seems that each time we visit a beach we see something quite amazing.  We also found a few great shells including these.   Hard to believe that we could just stroll along and find shells this nice just sitting there waiting to be picked up.  I wonder how they sat there after being washed up on shore. What a treat.  The long one was the first of that type we have found and was certainly the find of the day. 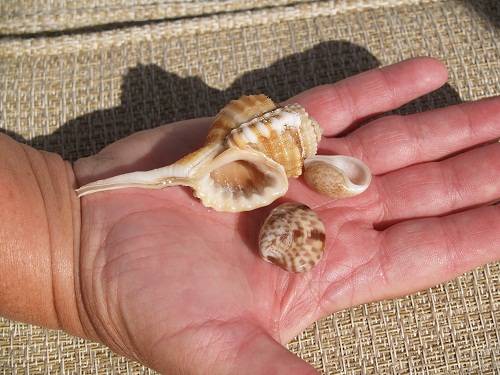 Today we will take another walk, have lunch ashore and hang out at the marina pool for a while.  I expect that it will be an all together trying day in the Bahamas.