On Tuesday we dropped the mooring in Man-O-War and headed a short 5 miles to  Great Guana Cay.  Yes, the cays (pronounced keys) as islands are known here, are very close to each other here in the Abacos.  As an aside, in Florida the keys are pronounced keys.   More logical, to my way of thinking.

The weather was uncharacteristically calm and the seas so flat that you could count the starfish as the bottom passed 20′ under Pandora.  We also saw a few “items” that must have fallen overboard from passing vessels.  How about a lawn mower, or two?  So much for pristine waterways here in paradise.  I can only imagine what the sea would cough up if we could see the bottom in most harbors up north.

There was a front approaching and within a few hours the calm conditions were no more and the wind had piped up to 20kts.  These thunderheads marked the approaching front. 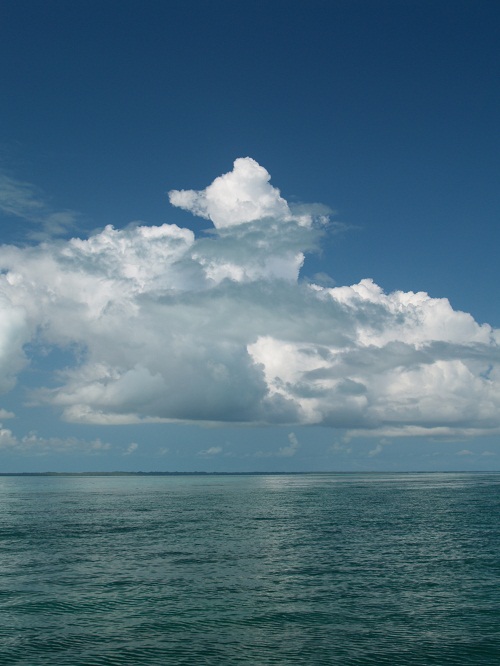 The view ahead of Pandora was amazing.  I stood on the bow watching the bottom flow under us for an hour.  You could easily spot sea biscuits and sand dollars too along with star fish.  The star fish were easy to spot as some were about 18″ across. 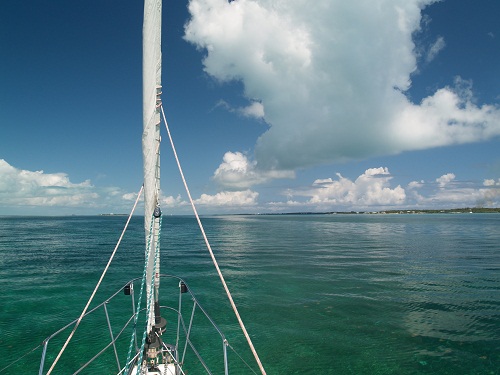 If two photos of clouds is good than a third is better. 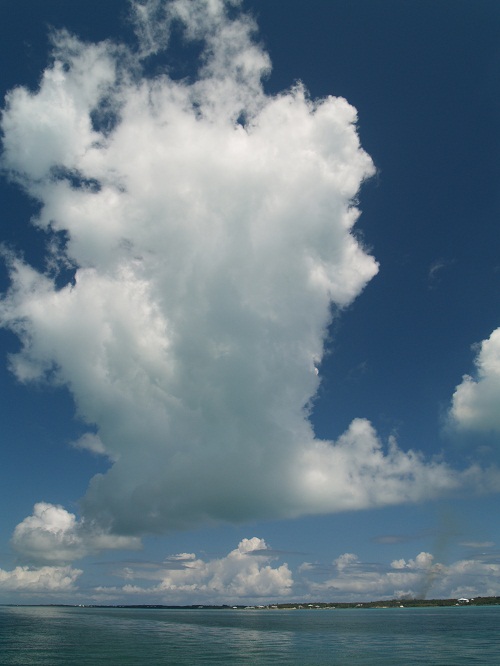 We were happy to be on the hook when the front came though later that day.

Great Guana Cay is known for Nippers, a beach bar that is supposed to be one of the best in the Bahamas.  For us, we weren’t that impressed as it seemed a bit ratty.  Having said that, perhaps it was the fact that it was blowing a gale, sort of, and there were a few guys at the bar that were acting more like high school football players on a bender than the adults that they probably played in “real life”.   There’s something pathetic about a 50 something guy with a doo rag on his head and a beer in his hand.  Oh well…  I am happy to say that I don’t have a doo rag.   For that matter, I am not even sure how to spell it.  In spite of all that, the view was spectacular as the bar overlooks the ocean and the third barrier reef in the world.  Alas, we toughed it out and enjoyed the view.

Yesterday afternoon the wind had cut down enough for a walk on the beach.  It’s an impressive one and in spite of the reefs that break the surf, the waves were still rolling in and crashing like they meant it. 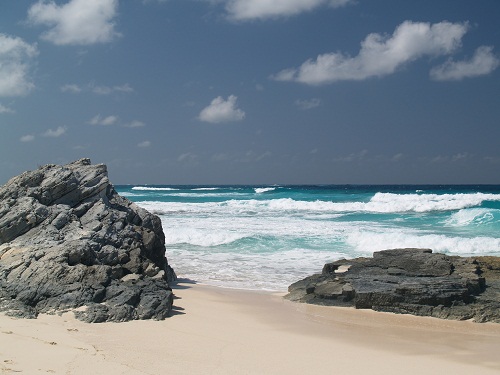 This spot was pretty amazing as the waves crashed over and into the air with ferocity.  In spite of all the wave action the water was very clear.  The sand, because of the constant pounding is very soft and fine. 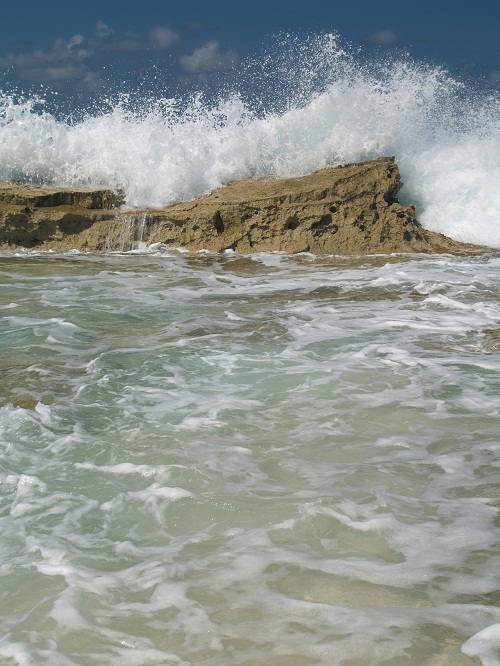 After our walk on the beach we decided to try the “other” bar, Grabbers.  It was perched on the leeward side of the island, with a lot less wind.   That’s good.  We liked it very much.  They even have a pool.  Pretty nice spot.  Great view.  They call this sunset beach.  That’s because you can see the sunset from the bar, but you probably already figured that one out.  The view over the pool was very nice.  We recommend this spot. 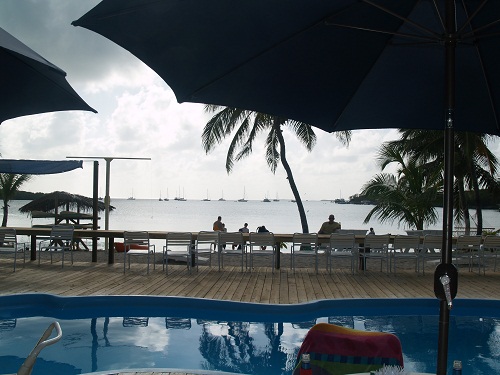 How about a commercial for the place?  Yes, that’s me trying to look cool.  Alas, no hope.  I am just not cool material.  No comments about the hat…  I am at peace with my “un-cooleness”, mostly and totally after a few beers.   At least I don’t have a doo rag. 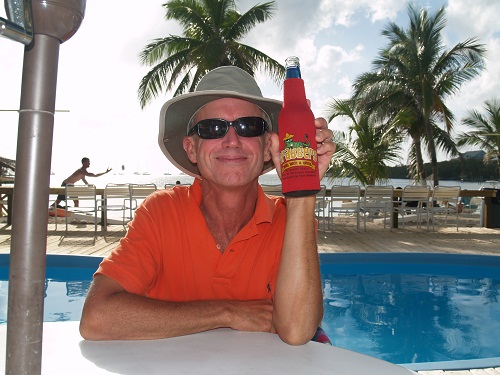 We headed back to Pandora to enjoy the sunset. 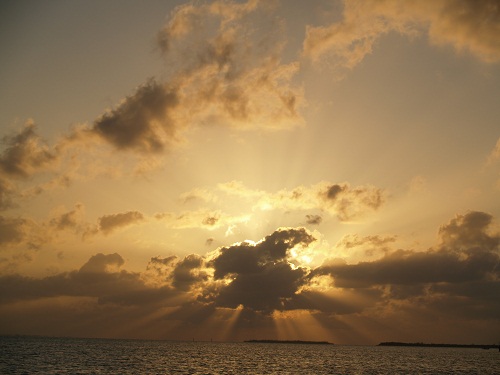 And moon rise.  What a beautiful sight. 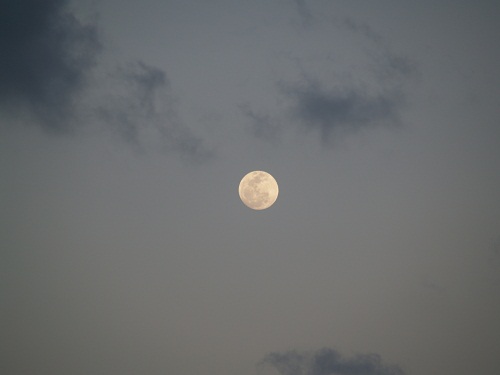 Today?  Who knows.  Perhaps another short hop and another sandy beach.   Only two weeks till Brenda heads north so we had better cram in as much sightseeing as we can.  Time’s short.