It’s all about chattin ‘n’ chillin here in George Town.

As promised, we headed to volleyball beach and Chat ‘N’ Chill, the local beach bar, last evening for an “adult beverage” and were not disappointed by our first visit.

It was quite a sight to see so many dinks pulled up on the beach with lots of folks having fun as the sun set over George Town harbor.

There is something about beaches all over the world that have a post with signs saying how far it is to various cities.  Volley ball beach was no exception and it even included a sign for New York.  If you are interested, the sign said New York was 1,198 miles as the crow flies.  No, make that as the sea gull flies. 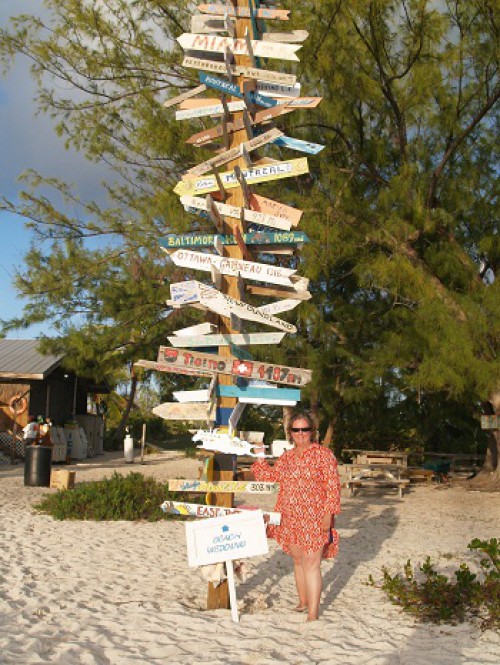 The bar itself, that’s Chat ‘N’ Chill, was a riot of t-shirts hung from the ceiling along with lots of other “stuff” including one that Brenda particularly liked.  Works for me after over 30 years living in the Garden State with her.   As much as I liked living there, I am still a CT boy at heart. 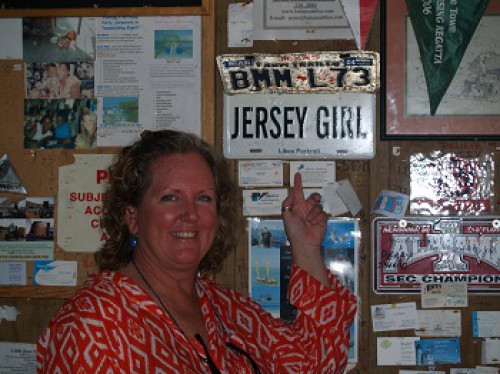 This beach has everything. 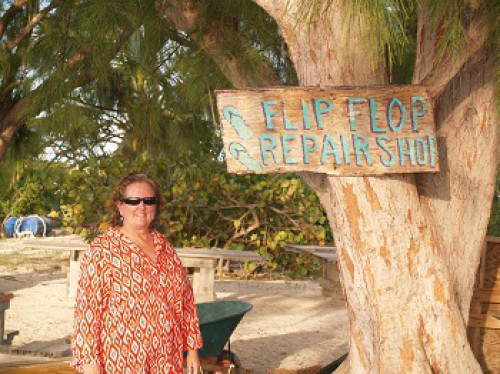 When we first began talking about making the run to the Bahamas, we asked a friend what folks do all day to keep themselves occupied.  One of the answers was playing games.   Brenda really wrinkled her nose at that one and said “no way, I don’t like games”.   Not so, it seems.  Dominoes and Mexican Train, in particular, is one of her favorites.   These are some of our friends going at it on the beach.  We joined in the next hand.  What fun.  I guess it’s popular with the old folks.  What does that say about us?  Hmm… 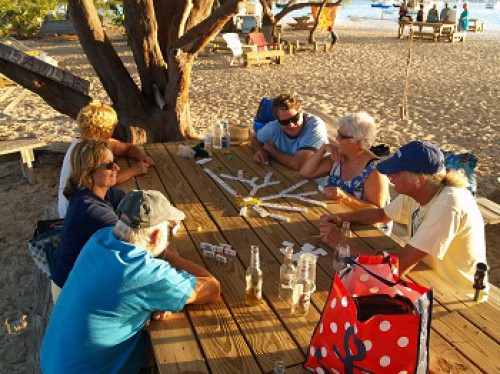 Not a bad spot.  Better than standing in the middle of a blizzard.   We still can’t quite get used to this weather in the middle of February but we are working on it.  So far, so good but perhaps another beer will help. 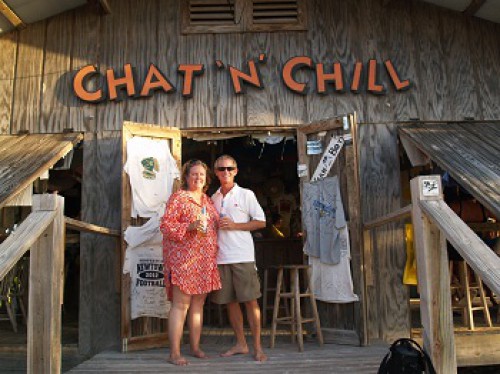 For now I am going to have to remain enrolled in the local chapter of ARG, that’s the (alcohol research group).