I have been thinking about how to begin this post as it’s really about my visit to a hardware store.  So, what guy isn’t interested in such a visit?  However, there are hardware stores and there are HARDWARE STORES.  The S.F Travis hardware store in Cocoa Florida isn’t just any hardware store.  It might very well be the  best if not biggest hardware store in the known universe.  And, with NASA so nearby, that’s probably a good thing.  “Harry, hold this, I need to run over to to Travis Hardware to get a nut for the Mars rover.  I’ll be right back.”  Yeah, right…

The store, founded in 1885, has been the go-to place for locals who, as you might imagine if you see their inventory, include folks from NASA and the rest of the “big boys” that work on rocket stuff.  Interestingly, the owner, fourth generation, is a guy named Osborne.  Osborn is a good name. I’m an Osborn in case you didn’t  know.  However, it’s spelled Osborn, without an “e”. 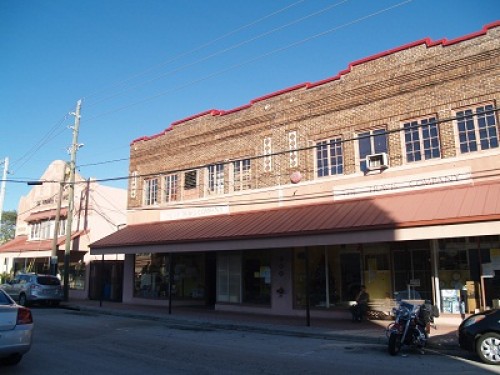 When I was in high school I worked in a hardware store so this sort of business is familiar to me and I never miss an opportunity to visit a hardware store when I can.  However, there was nothing in my experience that prepared me for this place with it’s four floors and multiple buildings.   When you enter the store you see what looks like a typical old-time hardware store with a bunch of guys sitting behind counters waiting on customers.   However, that’s about all that they have in common with a “typical” hardware store. 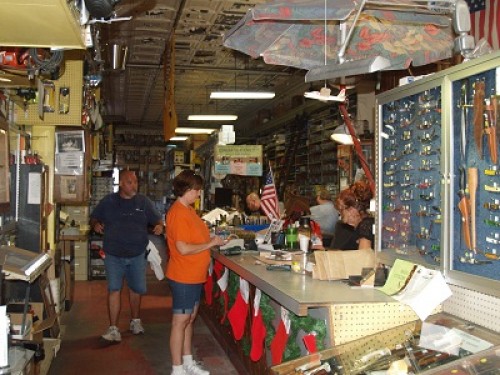 As I looked around near the front desk, I immediately saw a set of wrenches that you’d never see at a Home Depot.  How about a crescent wrench that’s over four feet long?  They have a whole set.  I asked the owner, Osborne, “so, how many four foot crescent wrenches do you sell in a year?”   His answer…” I sell one to every person who walks through the door that needs one”.    Ok, got it…  hesitation as I processed this.   Another question: “so, what sort of person buys one of these?”.    “guys with really big nuts”.   Check.    No more questions for now. 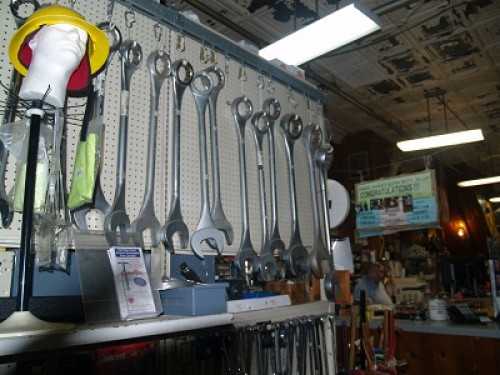 Here we are in Florida and Travis has a large inventory of wood burning stoves.   Huh?  Well, the dust on them suggested that they have been in inventory for some time.   I actually asked the one “lady” at the desk.  “so, I’ll bet that there are plenty of items here that have been here for say, 20 years.”.  She rolled her eyes suggesting that I was way low.  So, I said “50 years?”  Another shrug.  I said, this time with less certainty, “100 years?”.  Her answer… “that’s probably closer and we don’t charge extra for the historic dust”.  There is just so much stuff in that store. 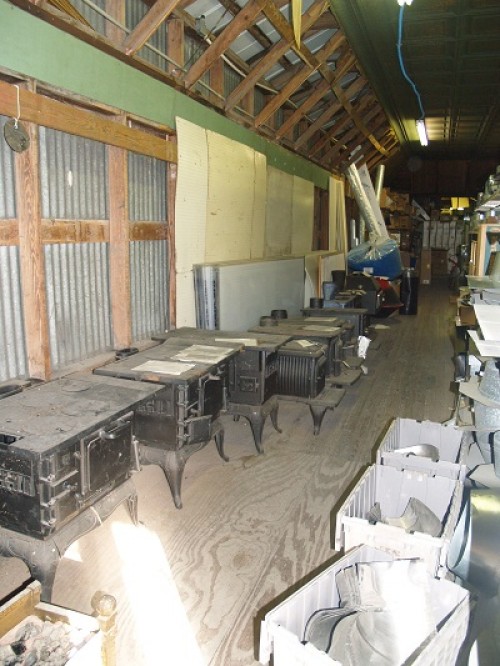 Need an empty 50 gal drum, with lid, to mix up some sort of toxic substance?  Rocket fuel perhaps?  Got em… Me, I am more used to the orange “Homer Buckets” that they sell at Home Depot.  No dust on these puppies.  I guess that they are big sellers. 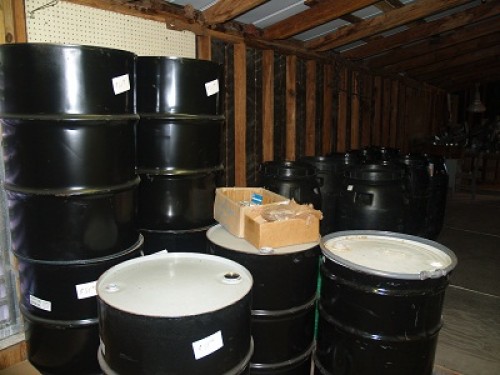 All hardware stores have plenty of nuts and bolts.  Not like Travis.  They have literally hundreds, no make that thousands, of bins of every size and description.    And, they have them zinc coated, galvanized, un-coated.   EVERY SIZE.   Need a 3′ long galvanized turnbuckle?  “yeah,we got that.  How about 25?” 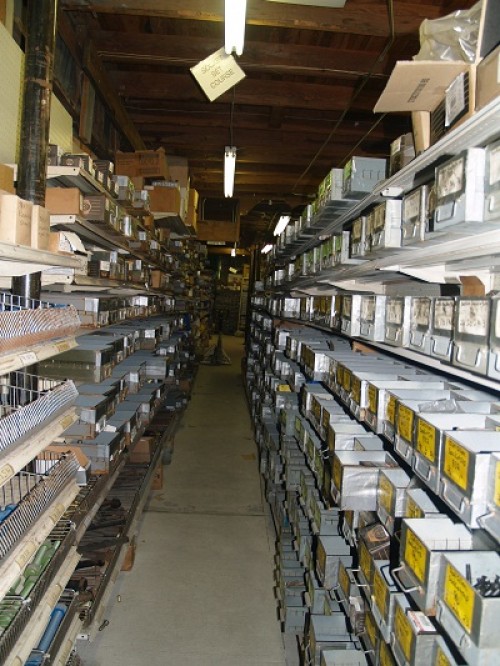 And, there is row after row to choose from.  Little stuff, big stuff and lots of it.   Rope?  Have they got rope?  How about a 500′ spool of 3″ nylon rope?  You could tow a barge with this stuff.   And, their customers probably do. 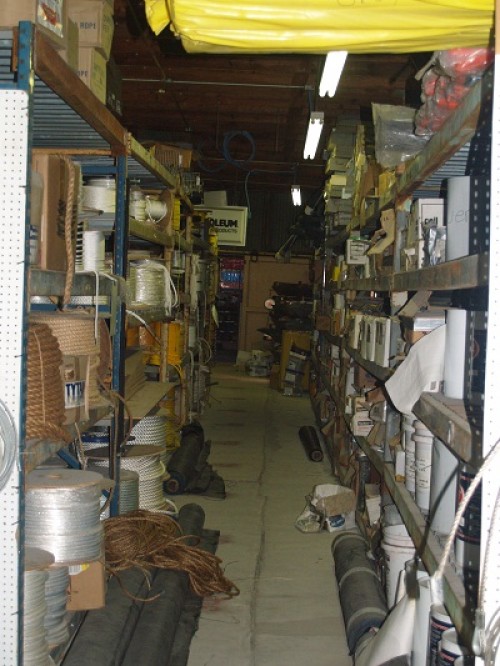 Me, I needed a tube of Lubriplate grease to pump into my prop.  They had two kinds of Lubriplate but not the exact type that I needed.   Can you believe it?   They have stuff to build space shuttles but not grease my prop?  I mentioned this to the owner.  “I can’t believe that I need the one item in the world that you don’t have!”.  He sternly, but in a nice way, reminded me that he had two types of Lubriplate and that my problem was that I had a boat and they weren’t a marine store.  I guess that they serve vehicles that run on roads and go into space but not on the water.

So, speaking of water.  I had a productive day yesterday.  I changed the engine oil and filter as well as the two fuel filters.  I also went for swim to change the three zincs on the prop and shaft, something that I had been meaning to for some time but the visibility in the water has not been good enough. Here, the visibility is about 3-4 feet which is pretty good.  And, while the water is in the high 60s, I still needed to suit up as an hour in 69 degree water can get pretty cold.

So, do I look like a mini Jacques Cousteau?  Not bad for a semi-old guy.   Believe it or not, I was able to remove 13 itty-bitty screws and replace all of the parts and I didn’t even drop a single one.   Using a grease gun under water proved to be more challenging than I had anticipated.    Alas, mission accomplished. 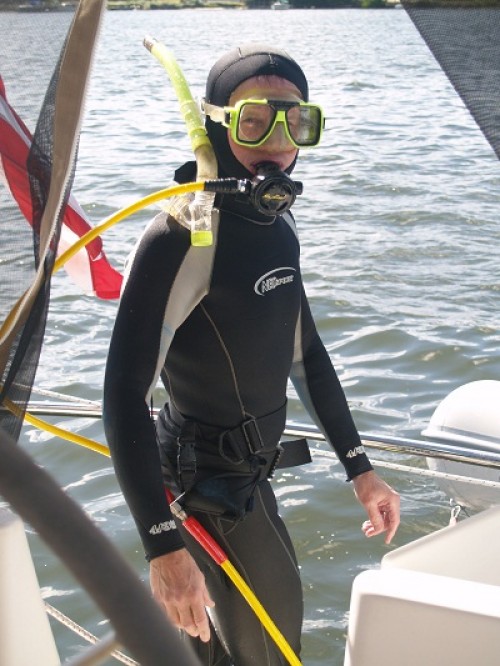 After my “swim” we headed into downtown Cocoa and enjoyed a late lunch.  Me, I also had an ice cream cone because I was confident that I had earned it after my aquatic exploits.   Folks question me as to why I don’t hire someone to handle the under water work.  My answer… “I get to have desert!”.   After burning all of those calories I have to put them back and have found that ice cream is the best mechanism that I have been able to come up with.

Cocoa also has a really nice waterfront park, complete with a fountain.   The fountain is one of those where there isn’t a pond under the fountain at all.  The water squirts up through holes in a flat tile base and runs off into a grate at the edge of the fountain.  I was amused by a sign posted near the fountain stating that there was “no diving”.   What’s that all about?   There isn’t a pool under the fountain at all.  It’s just a slab with water squirting out of holes.  Well, they warned you.  NO DIVING into the cement slab.  I guess that the town lawyers made a case that those that needed to be warned were the same folks that watch prime time TV, perhaps not the brightest stars in the galaxy. 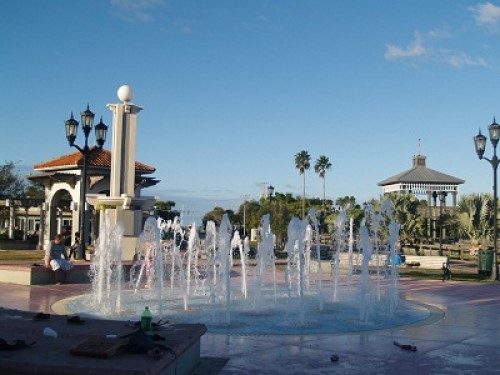 The downtown streets are very quaint with shops of all sorts to choose from. 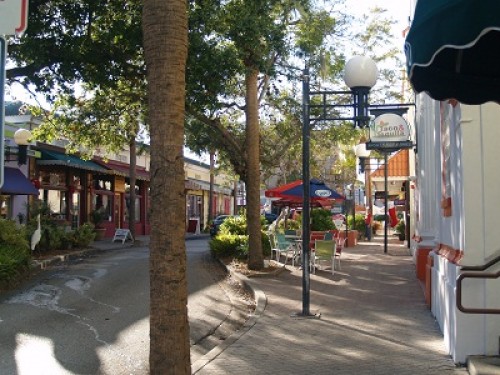 Cocoa is a really nice city and well worth the visit.   The sign as you enter the waterfront park reminds you to enjoy the holidays.   Bummer about the miss-matched type. Perhaps they should talk to Osborne at Travis Hardware.  I’ll bet that they have a proper “H” in stock.  No, make that 100 in stock. 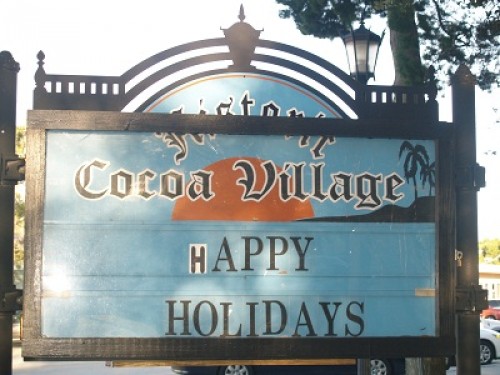 We plan to enjoy yet another day in Cocoa before we head south to Melbourne to the SSCA gam on Wednesday.   Oh yeah, the sun is out and it’s another beautiful day.