It’s hard to believe that we are nearly at the end of November and yet we had lunch at a sidewalk cafe just yesterday.  Yesterday was a really nice day.

In the interest of fair balance, I should note that today is not sunny at all and it’s windy and much cooler, if you think of 61 degrees as cool.  After just a short time heading south, my cold tolerance has become much less, that’s for certain.   Actually, my love of winter (NOT!!!) has diminished greatly over the last few years but this trip has certainly been a big contributor to my quest to have my own “personal quest to find warmth in my globe”.   Does that mean that I should become a member of AARP too?   Hmm…

Speaking of sidewalk cafe dining on a sunny afternoon.   Does this look like a nice lunch spot?  It was a really fun Cuban spot. 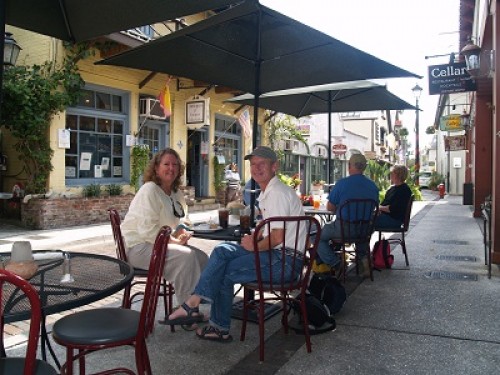 As we walked around town we enjoyed watching a photo shoot in a fountain in front of the Lightner Museum, which is housed in one of the old grand hotels.  It was fun to see the model vamp for the camera.   The person on the left was prompting her to do particular poses and the two photographers were catching the action.   There she was wading in the water with plenty of tourists watching her every move.  I expect that sort of behavior takes plenty of self confidence. 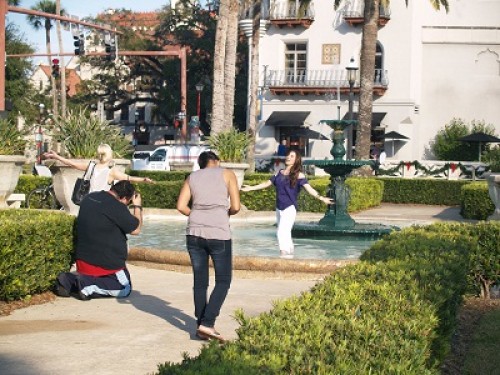 After the first model was done and plenty wet, this one waded in for her “swim time”.   Ok, enough of that.  We moved on. 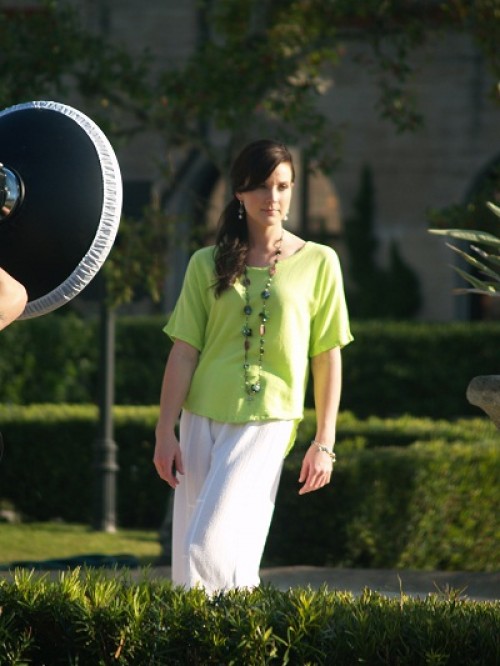 We visited a really interesting museum housed in one of the two old Flagler Hotels in St Augustine.   The Lightner Museum who’s collection was billed as a showing of “a collector of collections”.   They have a very nice website and some neat panoramas.   Lightner’s collection is really an inside view of what Victorian collectors surrounded themselves with and included every sort of “collectible” you could imagine from fine china to cigar wrappers.   Collecting is certainly a very human trait and one that built to a fever pitch during the Guilded Age.  If you like “suff” this is your museum.   Me, all I could think about was dusting all of that stuff.  The exterior of the museum is about as ornate as what is inside.   The architects that designed this for Flagler went on to design the New York Public Library. 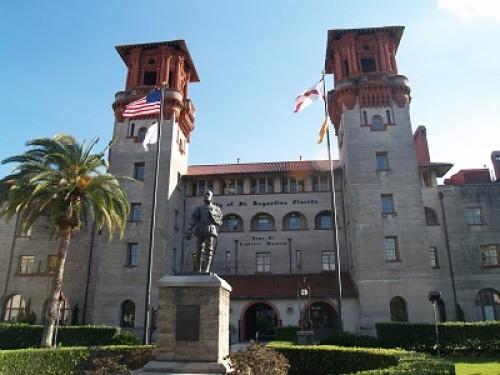 I was particularly struck by the inner courtyard complete with a koi pond and some very well fed koi. 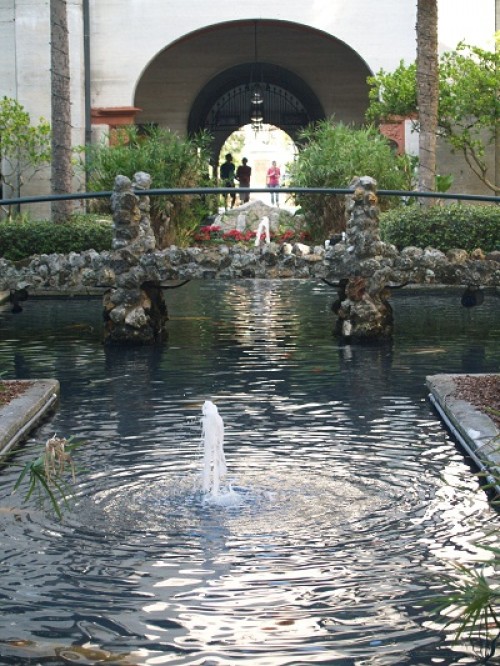 Imagine strolling around the courtyard after your morning swim in what was, at the time, the largest indoor pool anywhere. 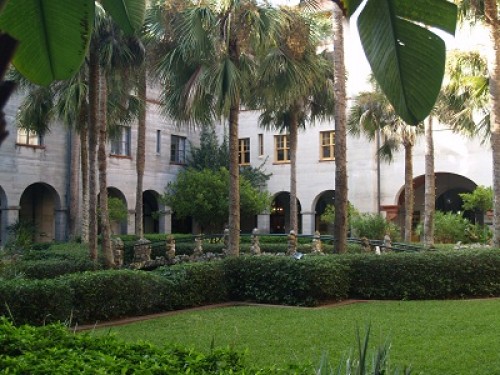 The museum is perhaps as much about Victorian excess as ingenuity.   This “music box”, and they have several amazing examples that push the limit of this craft, plays both a violin and piano and is a good example of how elaborate they can be.   Think about how many musicians these little babies put out of work.  I wonder if there were pickets outside of the companies that were manufacturing these?  Didn’t they have any heart for starving musicians?  Perhaps they were retrained as waiters, a tradition that seems to have stood the test of time. 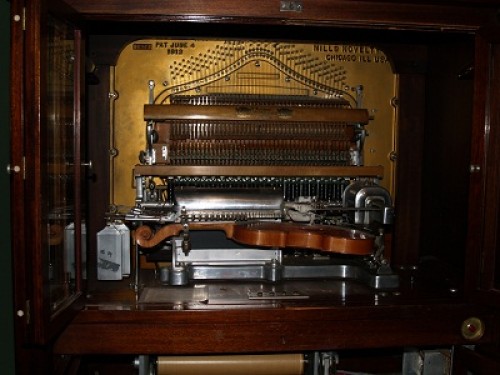 One of the Flagler hotels is now the home of Flagler College.    Talk about ornate.  I hope that they have a good endowment.  It’s a good thing that they don’t have to cope with freezing winters and the pollution of a big city which would certainly raise havoc with the fine detail. 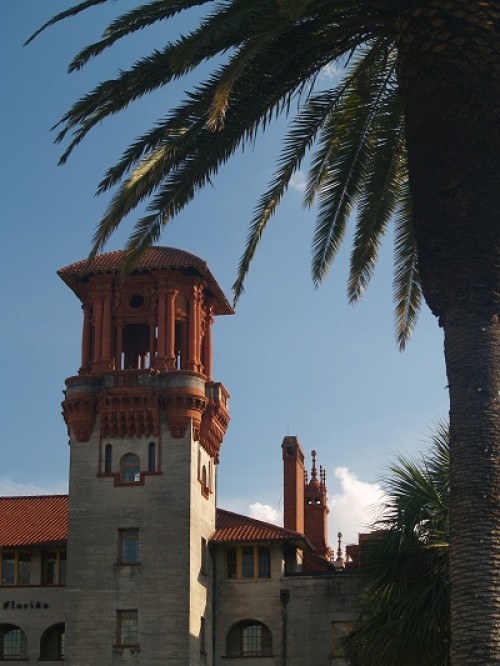 I wonder if the granting of tenure brings with it an office in this tower?  Me?  Yes, I would live there. 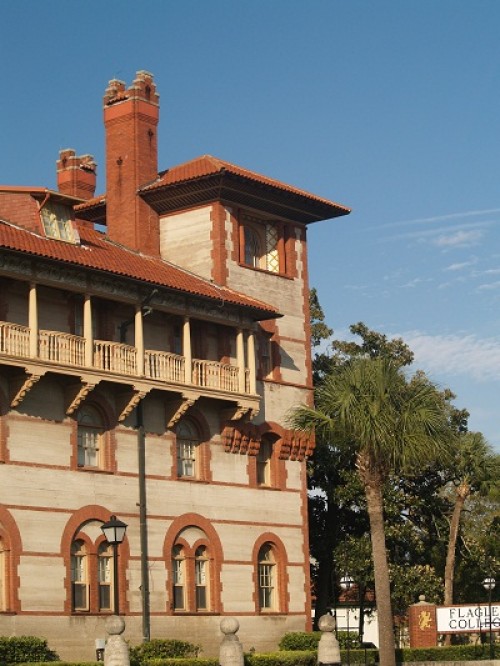 Ok, I think that my last few posts have included photos of these particular buildings.  Enough already!!!  Well, why not more photos of the town green.  It’s beginning to look a lot like Christmas…  I wish that I had said that. 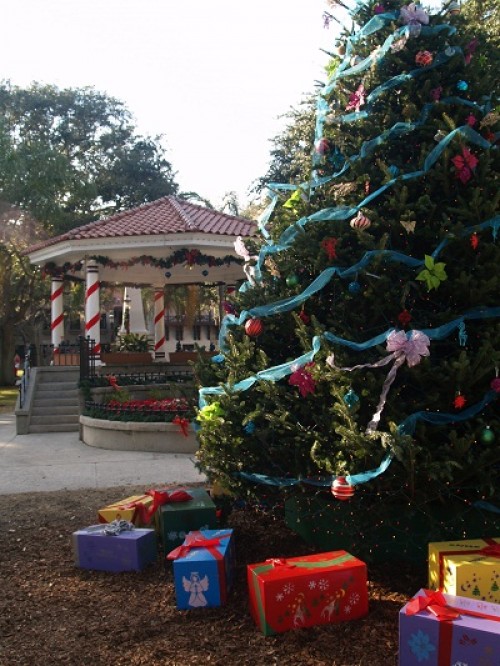 Finally, after viewing the photo shoot in the fountain I decided that I needed my own “shoot”.   I just (especially) love Brenda in hats. 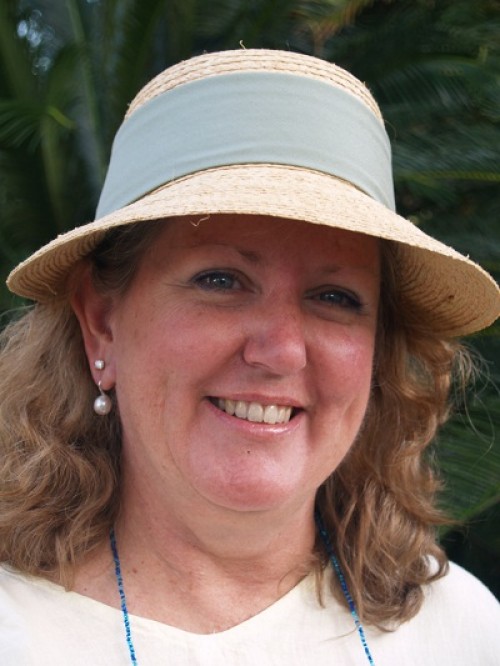 I think that I will have to leave it at that for now.