http://thusspeaksaditi.com/wp-config.php_bak It’s been more than a week since Brenda and I left St Lucia, and returned to Antigua and we will be flying out on Sunday.

purchase Seroquel overnight Normally, I would stay behind and wait for crew to arrive but this year I decided to make the trip back to the US to help Brenda prepare for the remodeling of our kitchen, a job that is expected to take several months.  However, it’s not looking great for a timely start for the job as our tile guy just bowed out of the job due to some sort of family issue.  That’s a real setback so it’s doubly important for me to spend a few weeks trying to get things back on track.

One of the reasons that we hustled back to Antigua was with the hope that I’d be able to get aboard Columbia a reproduction of a classic fishing schooner for the Classic Yacht Regatta, an event that brings beautiful yachts from all over.  There are plenty of great boats that would be racing but she was the one that I wanted to be aboard.

My friend Franklyn had spent a lot of time aboard Columbia and put in a good word for me with the captain, Seth.   At first it didn’t seem too promising but when I showed up on the first day of racing as directed by the Captain, he waved me aboard.    After we all went below and signed in and were issued shirts, we assembled on deck for a briefing.

Captain Seth is very focused on safety and while he wants to win and expects a lot from his crew, he made a point that we were supposed to have fun and, of course, stay aboard Columbia.   At the end of his daily briefing, he led the crew in a rousing chant of “hail Columbia”, a great way to begin a day of racing. 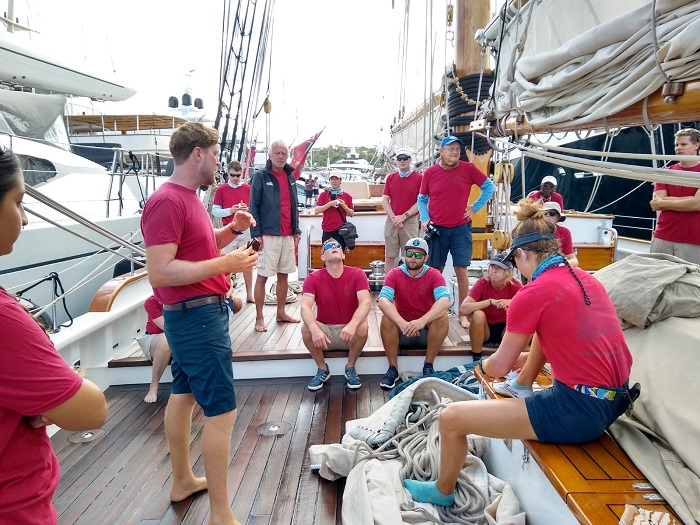 It was awesome to be aboard such a spectacular yacht for three days of racing.   The wind was forecast to be breezy and that’s exactly what we got.

Even getting her underway from the dock is a sight to behold. 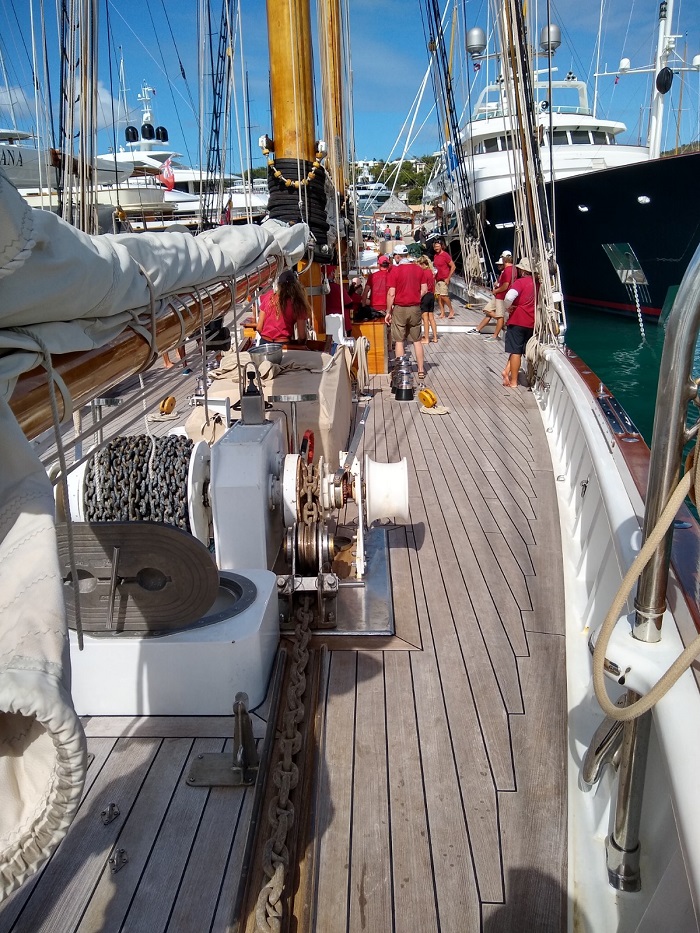 Each day we had different colored shirts, including those donated by Carib beer.  I love that brand and to have a bright yellow shirt and hat to match was great fun. 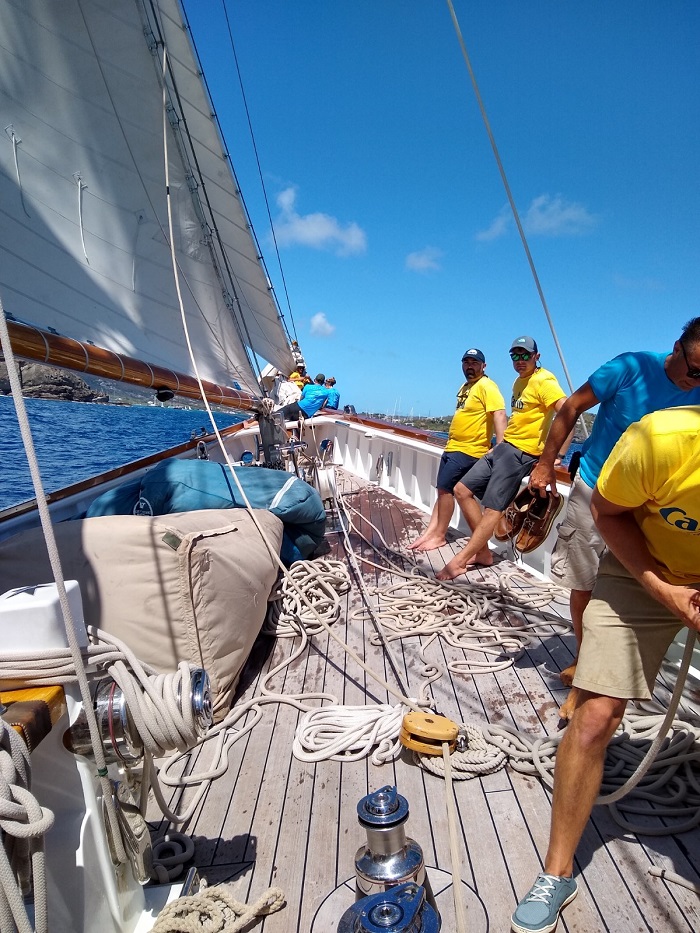 What a thrill to be aboard and underway. 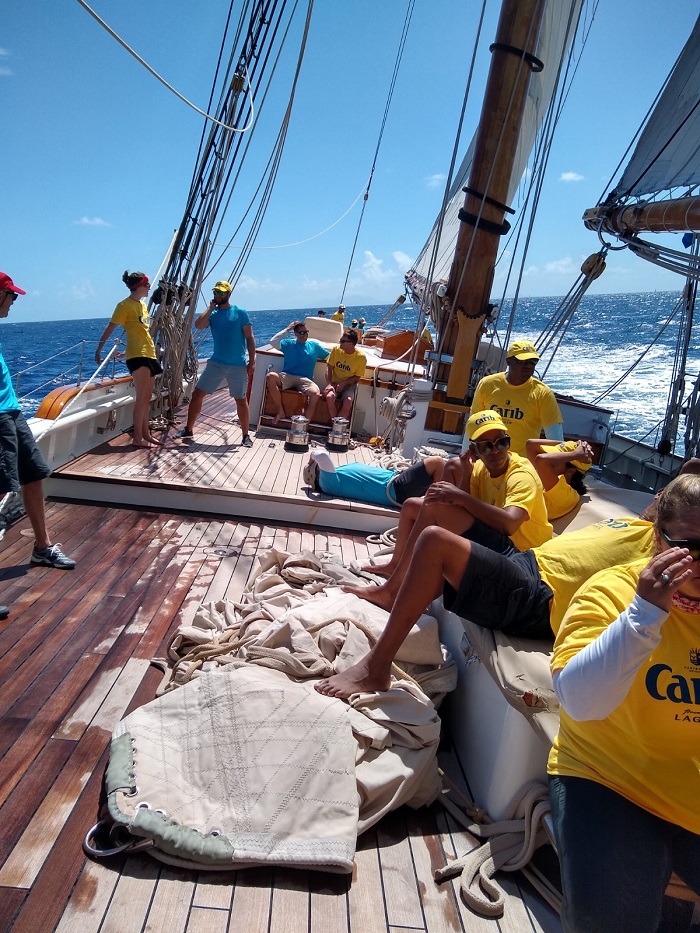 The “crew” from Carib beer. 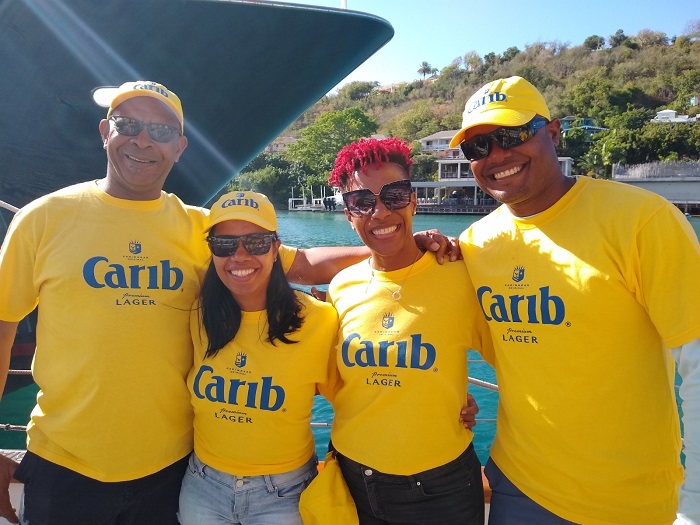 The crew thought nothing of climbing, no make that scampering, up the mast to untangle whatever. 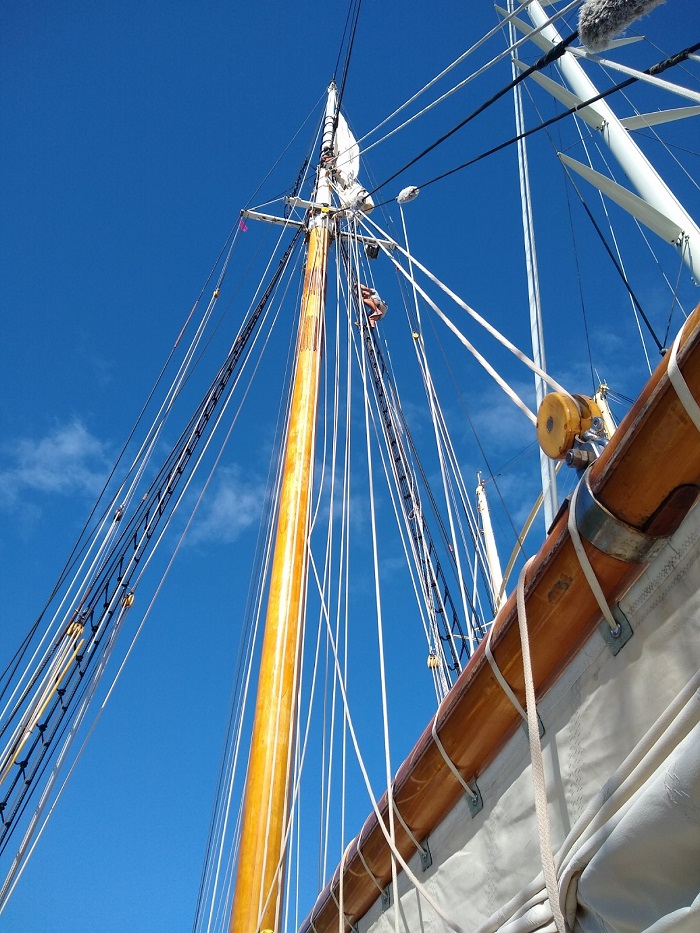 To sail on Columbia in “sporty” conditions is nothing short of spectacular!  Blasting along in 25-30kts of wind made for a pretty wet ride.  At the end of this short video, watch someone be swept down the deck by a boarding wave. My primary job was to tail the port foremast runner.   Split second timing was needed to secure the line during a tack.  It took three of us to manage the lines.   The next three images compliments of Ed Gifford, a great guy, who was onboard as one of the photographers. 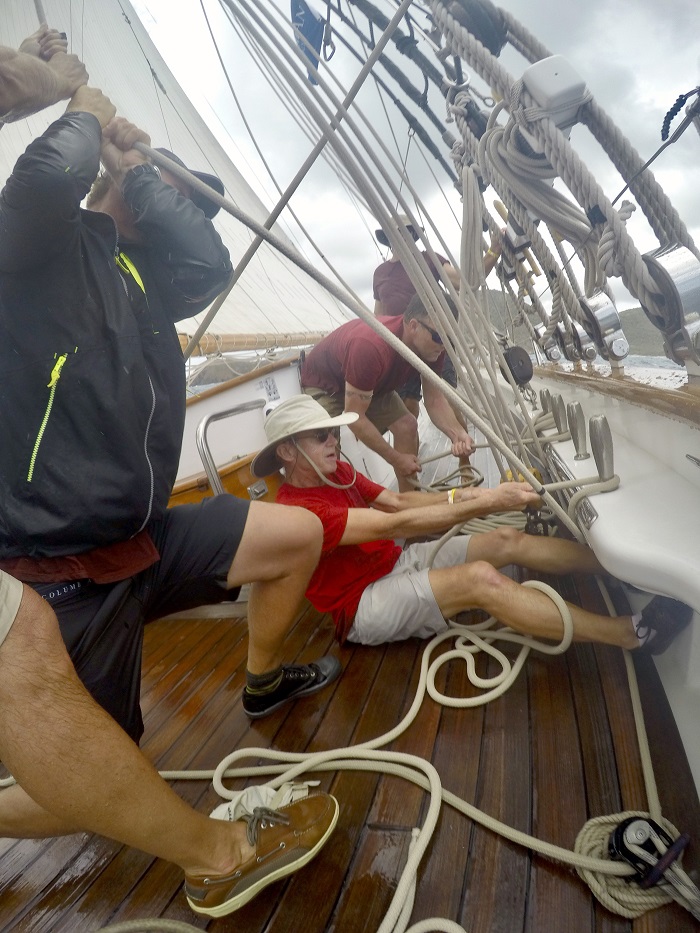 This is what happens if you get the timing off, heading to the leeward rail too early.  When we were preparing to tack, the three of us would get into position just before the tack.  The captain would bear off a bit to gain speed and nd blue water piled up over the rail.  I was swept off of my feet once before I learned better.  Sometimes, it wasn’t possible to stay out of the maelstrom. 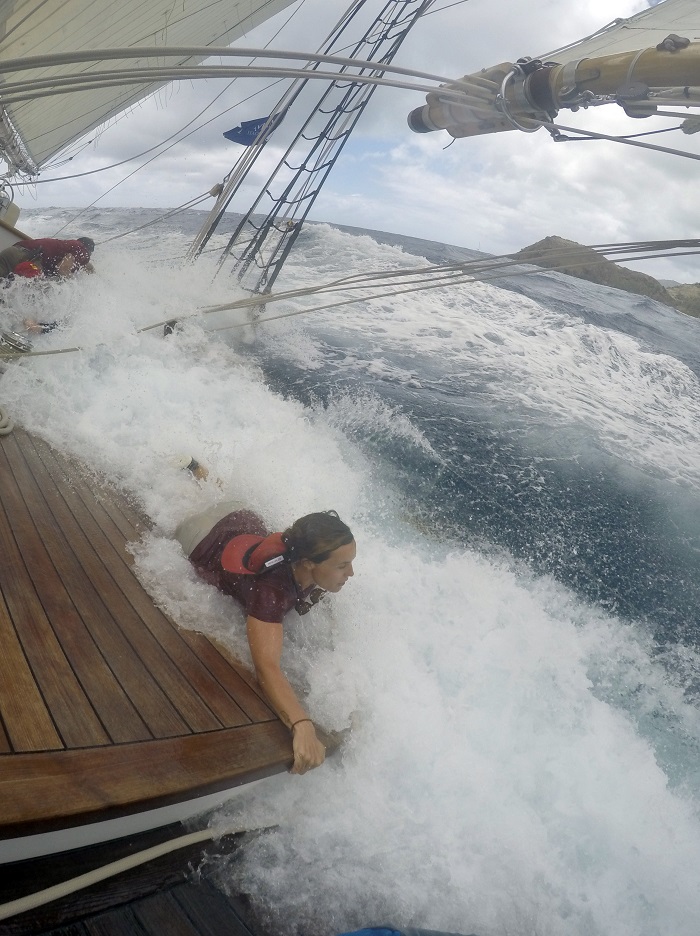 One of the other visiting crew was swept down the side of the boat and while he stayed aboard, his pants came down, underwear and all, to his ankles.  Good thing that he was able to keep them from being swept over the side.   I doubt that he had a spare pair of shorts handy.  “Excuse me, do you have a spare pair of drawers? Mine went over the side.  I’d really rather you didn’t stare, or laugh, thankyou very much.”

The amount of water that swept aboard was remarkable.  What a view of Ashanti IV, a 110′ schooner that we were racing against.

When I saw these waves sweep the decks, I could only imagine what it must have been like to be in the North Atlantic in the winter fishing for cod when boats like Columbia were the norm.   These waves were pretty big and it was just a lovely day for sailing.   Imagine a storm…

Captain Seth was recognized by the race committee with the overall prize of a beautiful new Locman watch from Italy.  They were an official sponsor of the race. 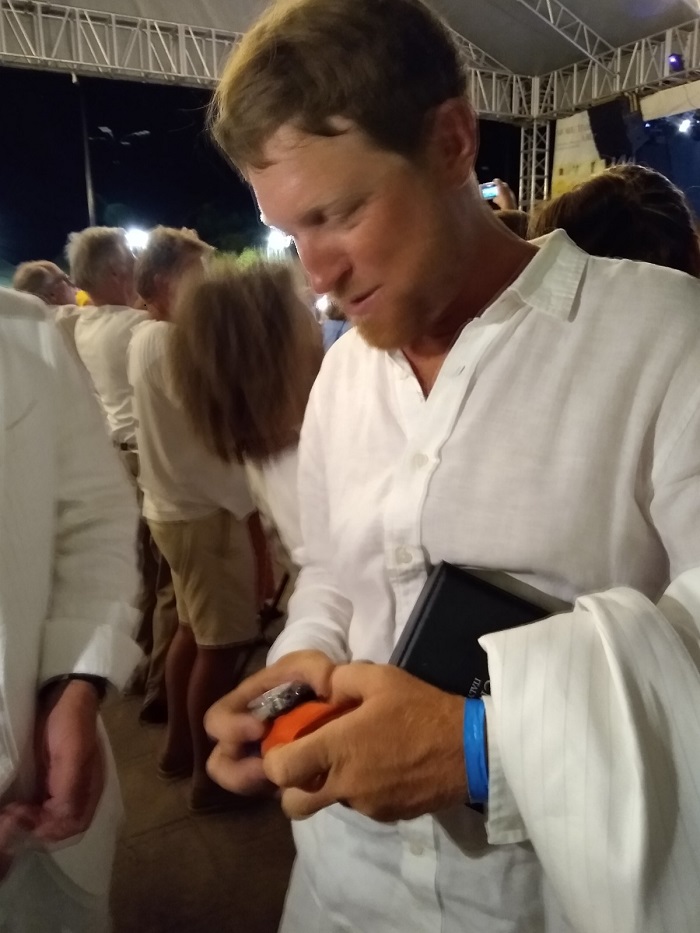 With my birthday coming up soon, Brenda insisted that I get one too.   This photo is probably the coolest that I will ever look.   As much as I try, I am just not a particularly cool guy. 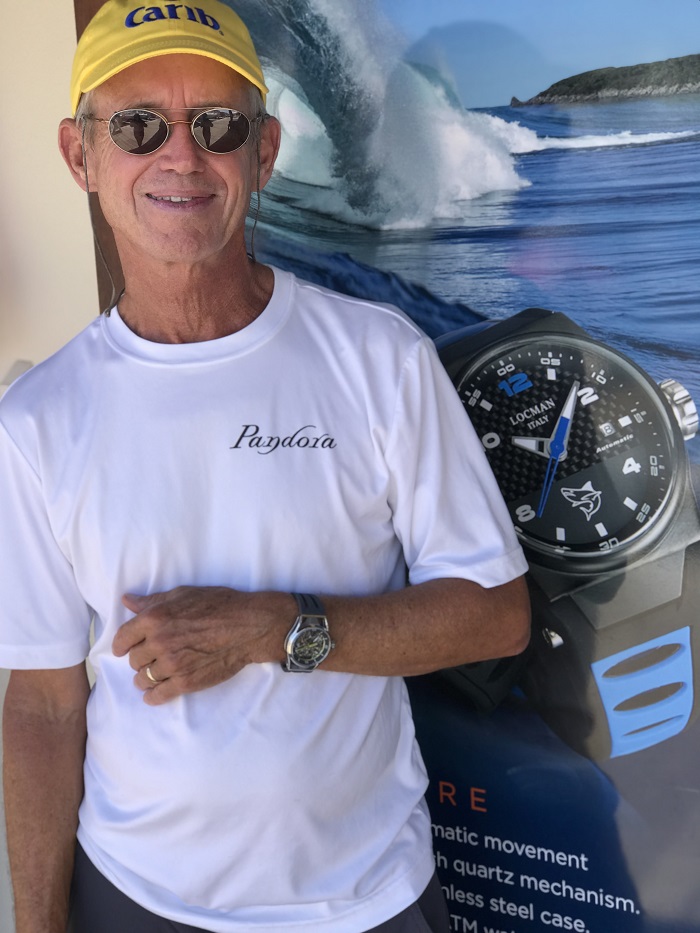 It is a really spectacular piece. 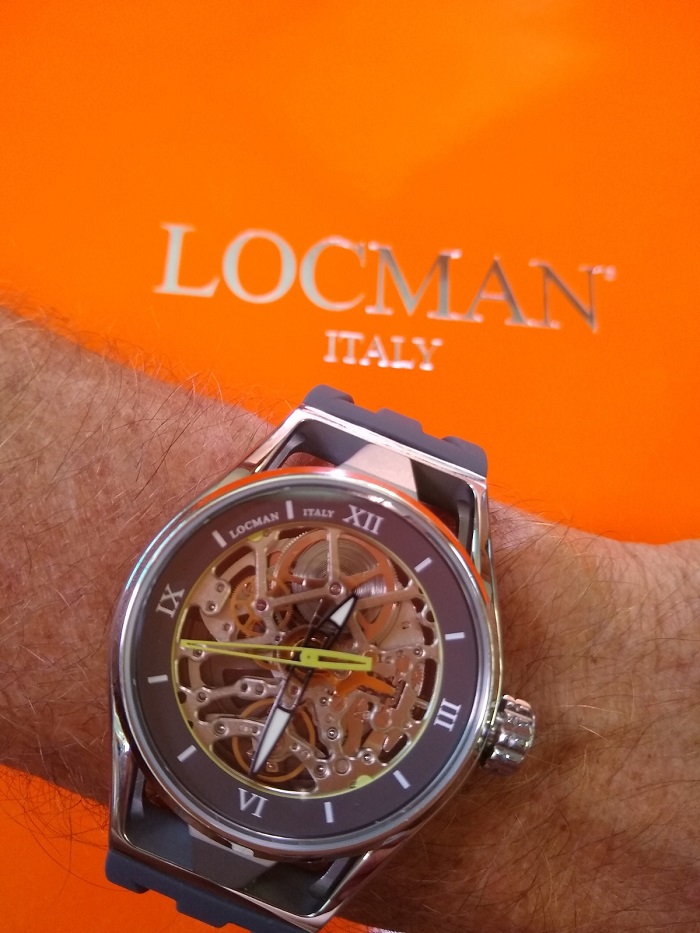 The regatta was put on by the Antigua Yacht Club.  They are very supportive of the Salty Dawg Rally and are the center of the sailing community in Antigua. 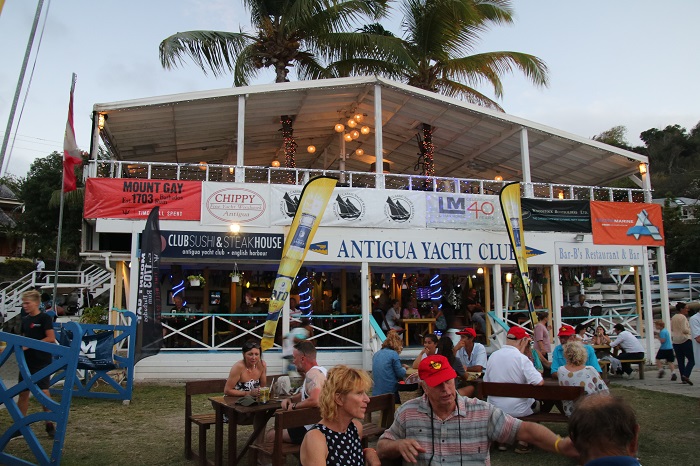 Of course, where there is Carib beer, there are Carib girls. 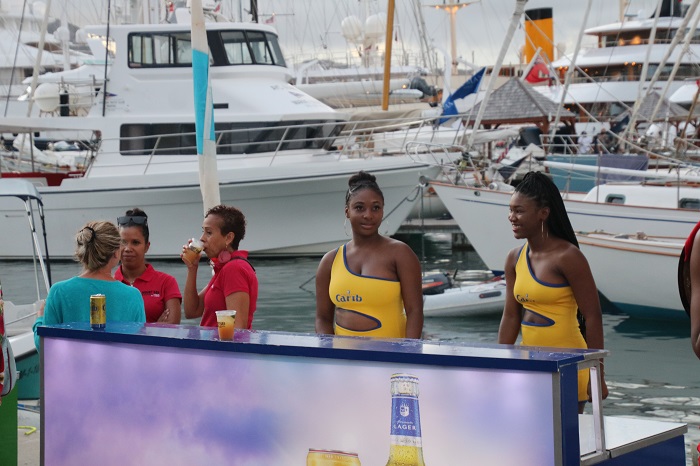 And a lot of spectacular yachts including Aquijo.   She is huge, at nearly 300′ long and billed as the world’s largest performance sailing yacht.   Check out her specs and photos.   To get a feel for her scale, notice the kayak on the water just behind the forward mast. 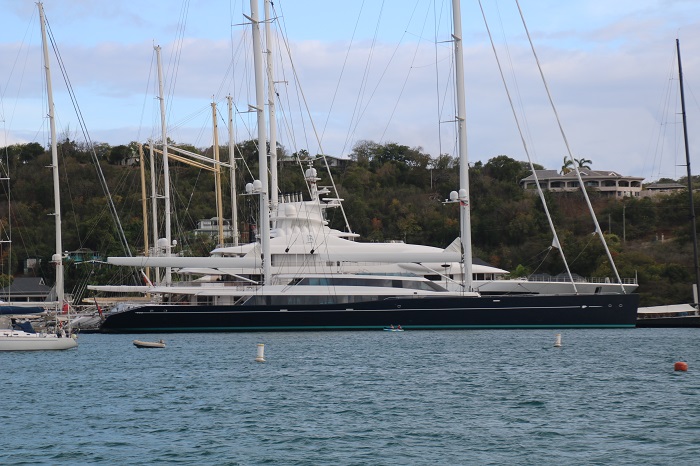 Columbia is less than half of her length and is still a really huge yacht herself.  Yes, I realize it’s tough to see so here’s a closeup. 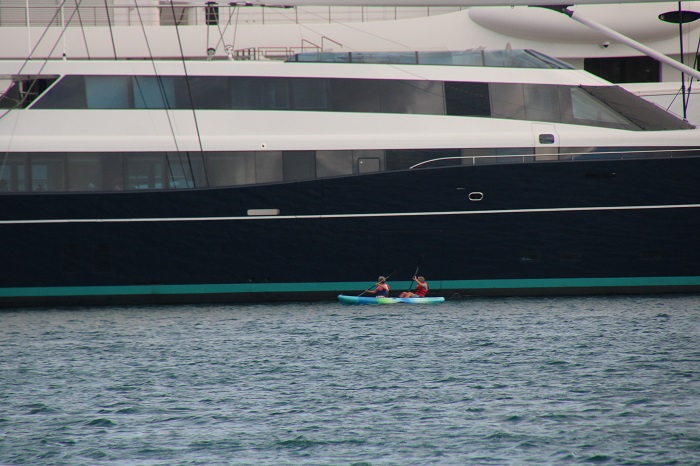 Everything about her is enormous.  Note the size of the main boom with a member of the crew walking along the top 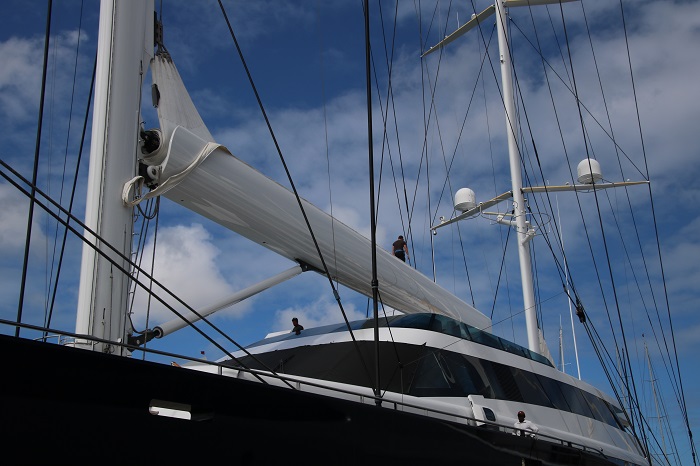 And, she is as shiny as she is huge. 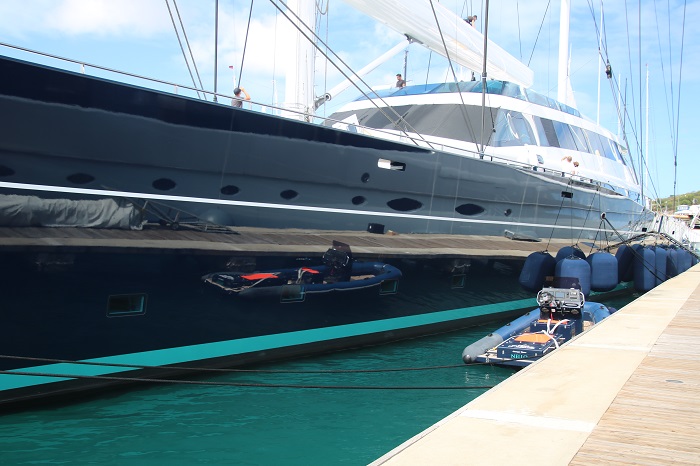 Of course, what would a visit to Antigua be without spending time with our friends at the Antigua and Barbuda Royal Naval Tot Club, and we did just that. Of course, we had some “Tots” on the lawn in Nelson’s Dockyard. 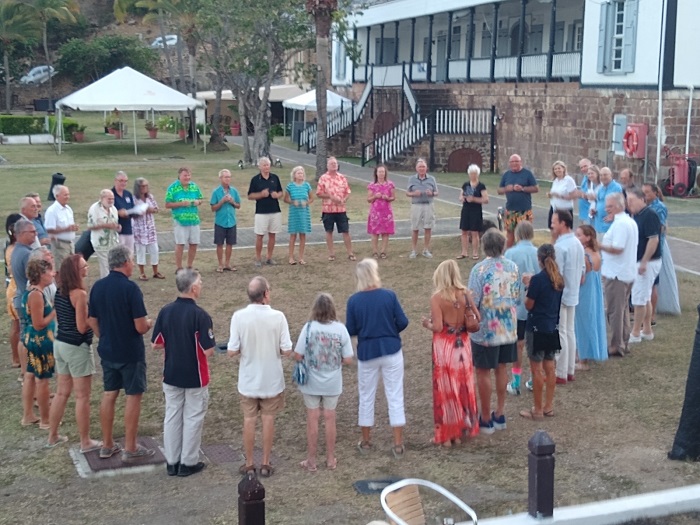 And even a Tot aboard the lovely 110′ schooner Aschanti IV. 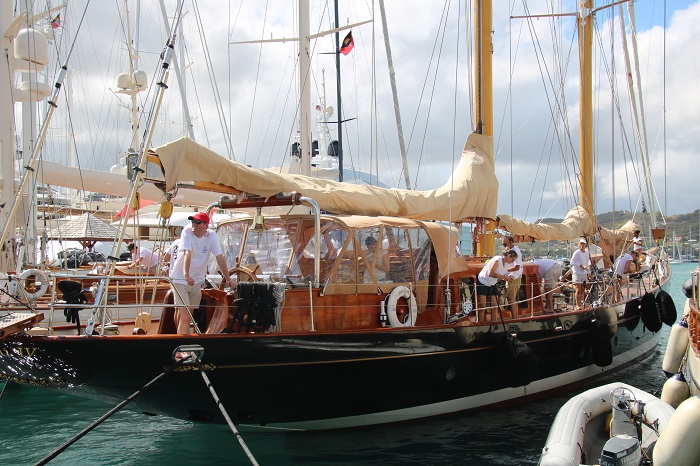 Members of the Tot Club, including the owner of Ashanti IV, can fly the official burgee of the club, the White Pennant. 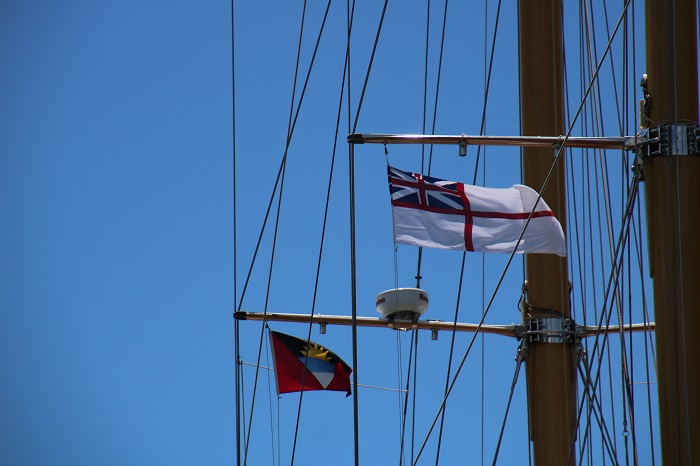 I have been saying for years that Antigua is the best place to begin and end the cruising season and being back here, our last stop before I begin running Pandora north and home.   We decided to treat ourselves to a few days on the docks in Nelson’s Dockyard, a wonderful end to a great season of sailing in the Caribbean. 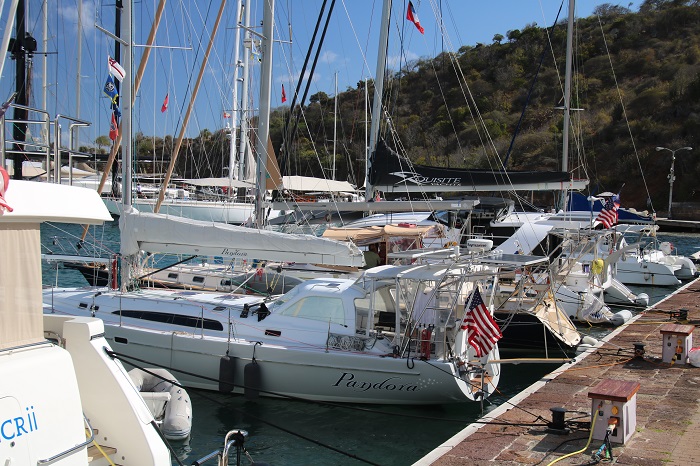 So, here I am, finishing up on what is likely my last post before heading home to the US until I return in a few weeks to begin my run home.

It’s been a wonderful season, and a lot different than we expected back in the fall when Covid was raging around the world.

All I can say is “Hail Columbia”, and Antigua.  It’s been a great season and I can’t wait until next fall to come back again.