The joy of conquering Joy

It’s a beautiful day here in Castine where we moved yesterday after a few days in Belfast.  The sunrise was spectacular.  However, you know what the say about “red sky in the morning”.   Rain this afternoon. 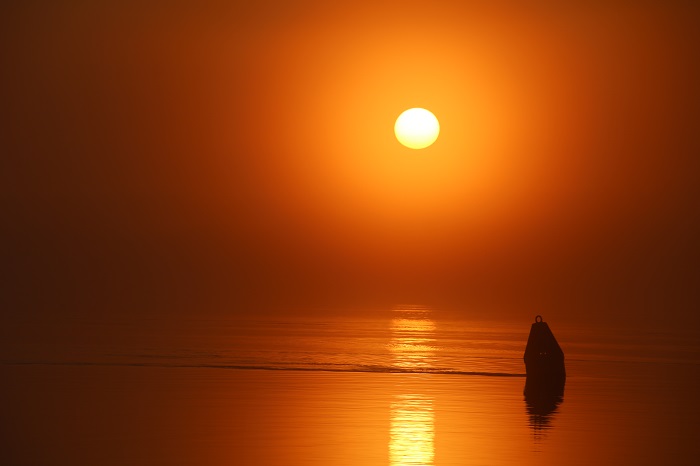 Castine is a wonderful place but that will have to wait on that point as I have scintillating news in the life of the giant rubber ducky Joy.

On our last night in Belfast I was still wondering if I was about to be arrested for illegal transport of the giant rubber duckie  when I moved her from another area of the harbor.  All day long we watched a parade of boats, large and small, passing by Joy to pay her tribute.

Late in the afternoon, three boys showed up in their dink, looking very determined to do something as they strung a rope over her back.   I could not imagine what they had in mind and we took our dink over to inqure about what they were planning. “we want to climb up on her back”, they said.

Ok, AWESOME, go for it!  I just HAD to record this and stood by, but I will admit, I was wondering if such a feat was even possible.  Actually, I was thinking NO WAY!

After perhaps a half hour of prep, here they are, getting ready to scale to the summit.  Note the drone, upper right, capturing the moment.   I have no idea who was the “driver” of the drone.  It wasn’t the trio. 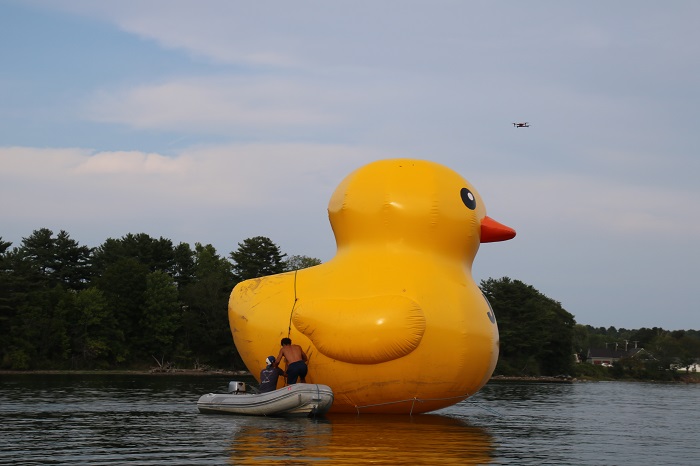 The would-be climbers had things pretty well thought out, I guess, and they proceeded to string a rope over her back so they had something to hold onto.  As everyone knows, rubber duckies are notoriously slippery.  To keep her from rolling over, one guy got into the water (very cold water) to balance things out.

Getting a boost.   Still not looking very promising. 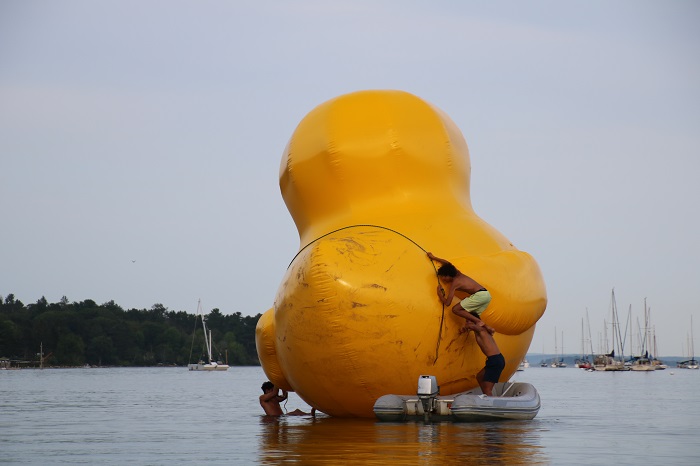 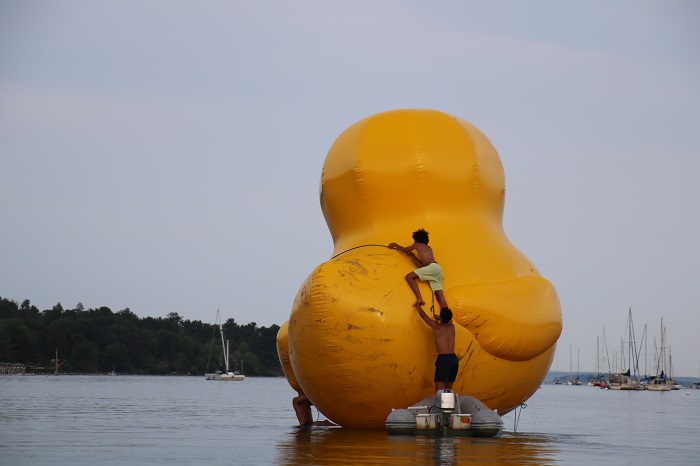 What would you do when you finally summit a giant rubber ducky?  What anyone would do.  Strike a pose! 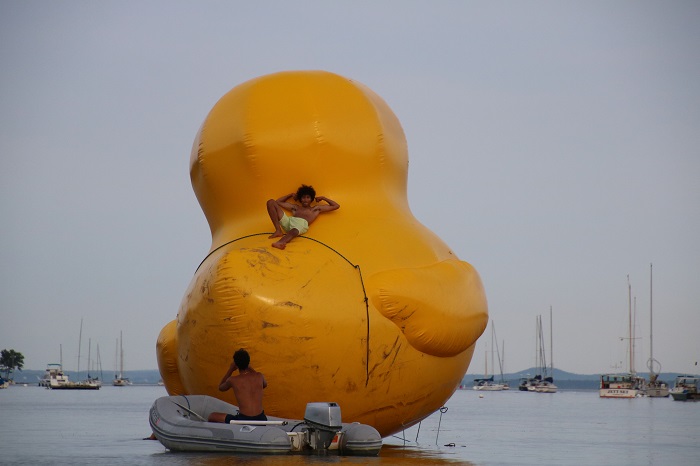 And how do you top that?   Jump off, of course, and be quick about it as, as their friend in the water was probably about to succumb to hypothermia. 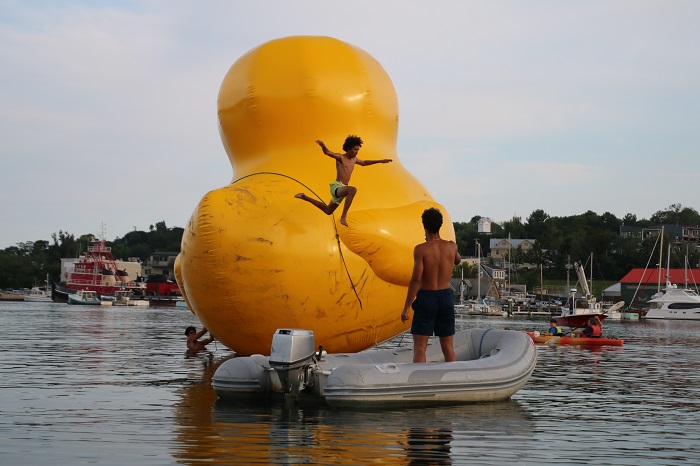 The three of them were pretty proud of their feat and willingly posed for a photo. 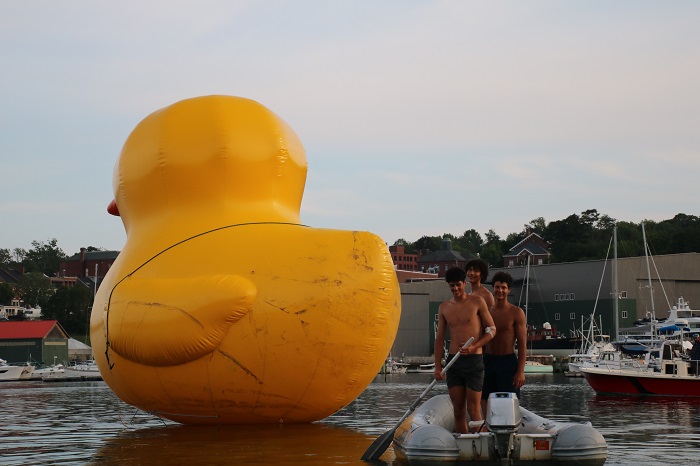 I wonder how they chose who would would be the climber?  The one to conquer the biggest rubber duckie in Maine?

Perhaps their planning discussions were about who would be THE ONE to summit.  Perhaps the same talk that Neil Armstrong must have had with fellow crew Buzz Aldrin and Michael Collins as to who was going to be the first to walk on the moon.

Who would take that “first to find the joy of being the first to summit Joy for all mankind”?

Ok, ok, I’ll admit that I am beating this to death but hey, the story was picked up in USA Today, so it must have been big news.   Don’t believe me?  Check out this link.

Surely the Joy of conquering Joy is worth something.  At least when you are a kid you should take your wins when you can.

I thought it was awesome! Oh, to be young.

Me?  All I would be thinking about is how cold the water is.

But perhaps more importantly, where else will we find Joy?