>It’s been a rainy day in Belfast Maine

>As the saying goes, if you don’t like the weather, wait an hour.  Actually, we didn’t like the weather yesterday and had to wait about 24 as it was rainy and cold all day, only to finally stop drizzling around dinner time.  But hey, into every day a little rain must fall.  Besides, it washes the salt off of the boat.

It’s Thursday morning and we are here in Belfast Harbor, at the head of Penobscot Bay.  We came here on Monday evening from Holbrook harbor near Castine after a nice cozy night on one of the nature preserve moorings.   This chart shows our run from the SSCA Gam in Isleboro, up around the top of the island, over to Holbrook Harbor and then to Belfast.  All very close and way up at the head of the bay.   Note that I figured out how to make the route show up better on the chart, in red! 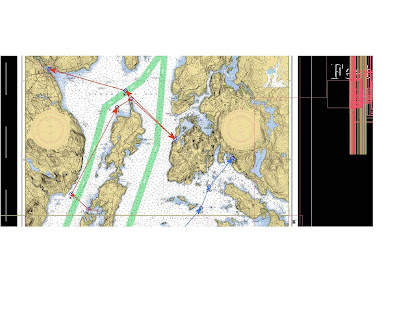 The preserve at Holbrook has great trails and a really terrific dock to get ashore.  The dock is particularly important as the granite rocks drop off to the water rather dramatically.  With all of the rain of late the moss is lush and the forest floor very soft and quiet to walk on.   There is quite a view from the top of the steps on the dock.  Not a lot of boats in the harbor keeping Pandora company.  All and all, a beautiful day.  Not great cell coverage though, even with the booster. 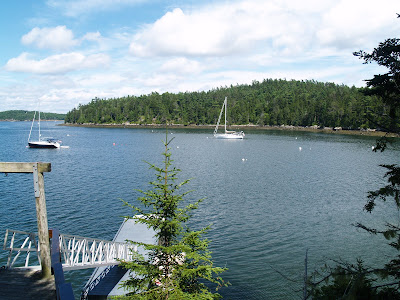 There is moss and ferns on everything.  Very “green” and soothing to look at. 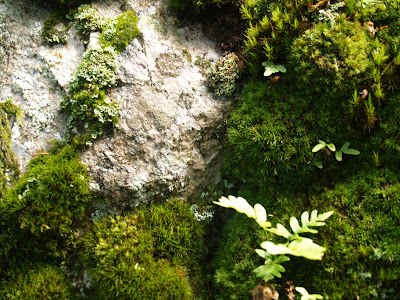 It’s always nice to see the contrast of sea and woods.  I guess some animal (person animal perhaps?) put this urchin shell on a bed of moss. 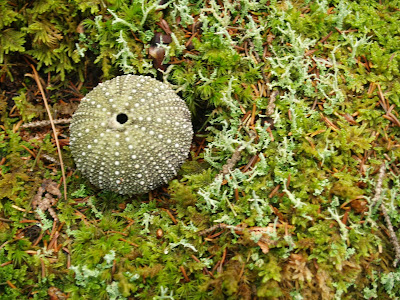 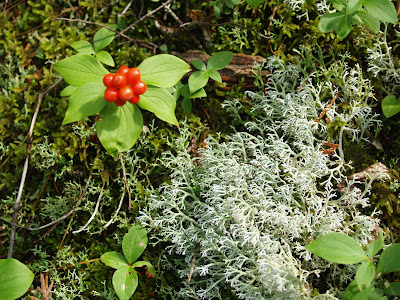 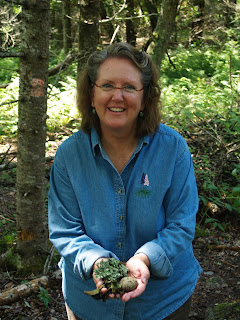 With the some 10′ tides in this area you sometimes see reversing falls.  They run dramatically out when the tide drops and hard in the other direction.   This one runs out through a narrow cut and right by someone’s dock.  I wouldn’t want to bring Pandora up to that dock when the tide is running.  Look at all of the foam that piles up there too. 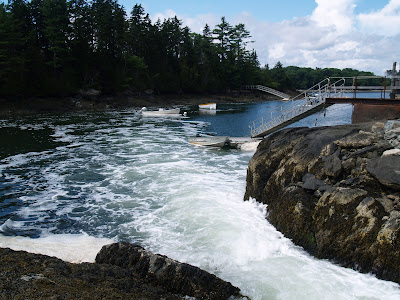 Late on Monday afternoon we made the short run over to Belfast.  This harbor is very pretty but exposed from the south.  Along the way we saw a not so little rain cloud blow by.  Really dramatic actually. 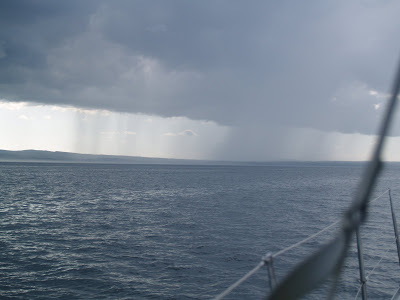 But, after a while it cleared off and got sunny again.  You have to love these dramatic vistas. 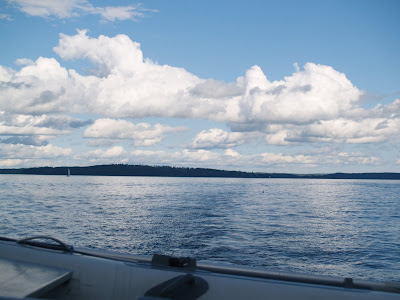 Once we were in Belfast we took a mooring, went ashore and enjoyed the lovely town.  The buildings are really interesting and well preserved. 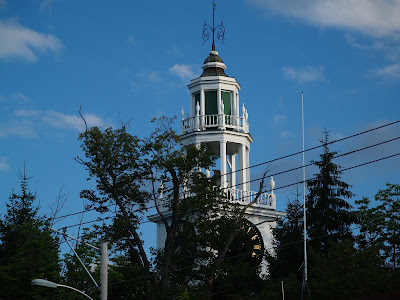 The buildings on main street are mostly made of red brick and have wonderful details. 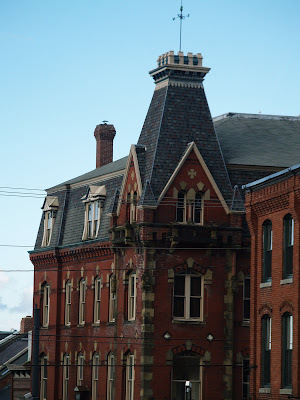 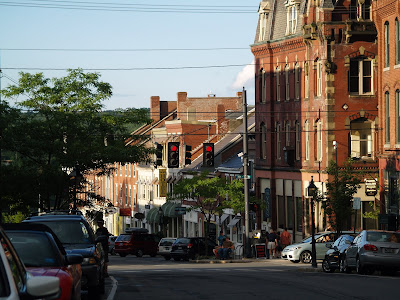 There is a large supermarket outside of town that I walked to early one morning but it is a REALLY LONG WAY, I learned and it’s up hill, really UP.  The good news is that it’s only up hill one way.  Besides, I was able to get a ride from a nice Mainer for the run back to the boat.  Later I learned that there was quite a large co-op natural  food store just off of main street, heavily devoted to the nuts and berry set however.  Fortunately, they had good fish and meat too.  While everything in the store was “natural” it seems that even natural food lovers know that you can’t be too picky about wine and beer.  It seems that they dropped their standards and had the same brands as the “normal” stores.  I guess when it comes to booze, you have to be practical, green or not.  Well, at least you can take all those bottles home in a canvas bag. Yea, that works.
As nice as our visit was, the harbor’s exposure to the south proved itself as the wind shifted to the, you guessed it, the south and blew up to 25 kts all night.  It was really bumpy and when the tide ran out opposing the tide, it got really interesting with Pandora riding sideways to the wind with the current pushing her into the wind.   There was a little double ended sailboat on the mooring next to ours that was bouncing all over the place and wasn’t being affected by the current the same way as we were.  While we were more steady they were “sailing” all around their mooring and would have bumped into us had it not been for the vigilance of both of us to continually fend off.  This did make for a long night but as I said earlier, “into every life a little rain must fall”. Make that a wind from the south in an exposed harbor.
The weather has cleared, at least it’s not raining and today will be better.  This afternoon we are going to move to somewhere else and head out for a long weekend.  More on that later.
This entry was posted in Uncategorized. Bookmark the permalink.