One robin doesn’t make a spring…

After a long winter that seemed like it will never end, we are beginning to see the first signs of spring.  A few days ago, I was able to take a walk in the woods behind our home, without a jacket, hat or gloves.  It wasn’t warm enough for shorts but it was positively glorious to be outdoors “unbundled” after such a long winter.

And speaking of things that never end, after more than a year of viewing nearly every other human as a possible “contagion”, Brenda and I will receive our second vaccine “jab” tomorrow, surely a sign that our own long Covid winter will soon be over, or at least heading in the right direction.

Sadly, there seems to be many here in the US that are resistant to getting the vaccine and growing evidence that we may face another wave of infection in the Fall, due to the mutating virus, vaccine or not.  It is unsettling to hear recent poll suggesting that a third of Republicans are hesitant to get the vaccine which will only make matters worse.  Who would have ever imagined that staying safe and healthy would become such a political issue?  This does not bode well for the future, or as Lincoln once said, “A house divided against itself cannot stand.”

Vaccination or not, the lack of clarity regarding asymptomatic secondary transmission of the virus suggests that we will have to continue to isolate at least until our son Christopher and his partner Melody, who we asked to move in with us last fall, are fully vaccinated, hopefully by mid May.

And speaking of vaccines, from my perspective, it is a miracle that less than a year after the pandemic struck, there is a way out for anyone that chooses to, as Dr Fauci says, get the vaccine, “follow the science” and find their way to safety.

Springtime or not, vaccinated or not, we are not quite out of the woods, or the house quite yet.

However, spring is showing early signs of coming our way.  The snow is gone save a few piles here and there and some early flower bulbs are beginning to show signs of life in the garden.

Here in the Connecticut I am getting excited about the coming season and hardly a moment goes by without my thoughts turning to my upcoming trip to Maine this summer and run to Antigua in the fall.

And speaking of future plans when life is back to normal, we have been talking to our friends Tom and Sarah, who sailed around the world as part of the Oyster Round the World Rally.  After “seeing the world” they have decided to spend their cruising time for the next few years in the eastern Mediterranean.  They have spent the last three seasons working their way west and have encouraged us to give it a try.

I’ll admit that doing an Atlantic crossing has been a dream of mine for decades but I had not realistically expected that Brenda would ever go for the idea.   I can still remember when my late father said to me “imagine going through Gibraltar aboard Pandora.  Wouldn’t that be wonderful?”  Yes, Dad, it would be awesome and maybe, perhaps maybe, it might happen.

Brenda does love that part of the world and during college, she majored in Greek and Latin and spent semesters in both Italy and Greece.   After our discussions with Tom and Sarah, she seems at least somewhat open to spending some time there aboard Pandora.  Wouldn’t that be awesome?

Will it happen?  I have no idea but at least we are talking about it and that alone is super awesome.

And, not to put the cart before the horse, or as my father would put it “say that another way”, putting the dink before the boat.

The itinerary might look a bit like this.   Head to Antigua this fall and come May, instead of heading back to New England, make a run for the Azores and then on to the Med. 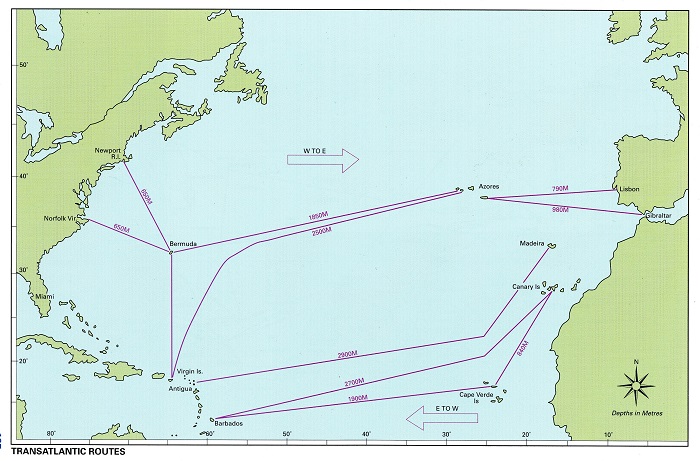 That would be a long trip, nearly 3,500 miles from the Caribbean to Gibraltar and then another 2,000 miles from Gibraltar to Turkey, the most eastern part of the Med.   Of course, we wouldn’t go all the way, as we’d want to spend time in the Western Med.

Heading there directly from the Caribbean makes sense as the best time to cross the Atlantic is between May and June before the hurricane season kicks in.  At least the prevailing winds would be in our favor crossing east.

It’s a big commitment and would require us to cruise the Med for at least several seasons given the complexity and expense of all this, so we will just have to see how it all works out.

Along with everything else, I’d have to learn a whole new set of navigation marks.  So much for “red right returning”. 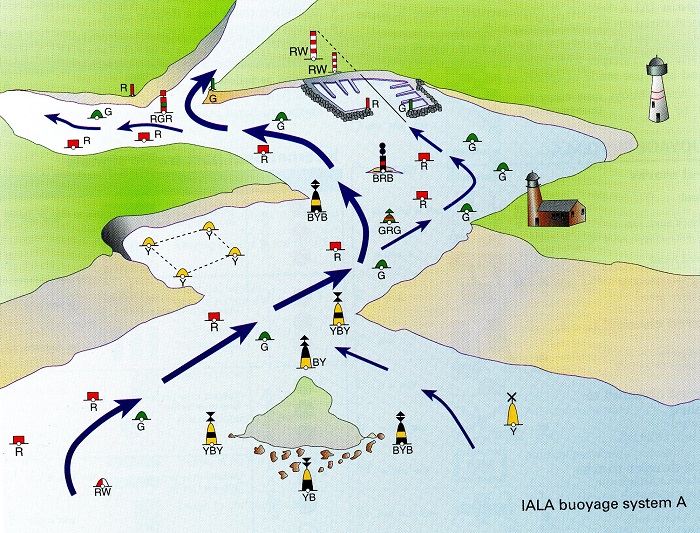 I’ll give credit where it’s due.  I scanned the two images above out of the Imray Mediterranean Cruising Handbook.

Well, a lot to think about but first I have to get Pandora ready to go into the water.  I’ve been spending a lot of time on Salty Dawg rally details, the Down East Rally and the fall Rally to the Caribbean and Antigua recently so now it’s time to begin turning my attention toward her.

Oh yeah, and speaking of “her”, I am making good progress on Brenda’s new dining table.  The table top, leaves and legs are mostly done and I’ve ordered a few tools to finish the job.   I also have to get bids to do some renovation on our kitchen so we can get some much needed, especially by Brenda, upgrades done.

Yes, I’m pretty busy but at least I’m not bored.

Yes, springtime is getting closer every day.  But, as they say, the first warm day, a second vaccination or a single robin, doesn’t make a spring.

2 responses to “One robin doesn’t make a spring…”