Now, that’s something you don’t see every day!

As I write this, Brenda and I are aboard Pandora in Sag Harbor.  This is perhaps our favorite place to visit and being so close to home, it’s a double treat.  In particular, as members of our yacht club, we are able to use a mooring here for free.  And, that’s saying a lot as moorings in Sag are perhaps the most expensive of any place we have visited at $2/ft, nearly $100/day for Pandora.

Contrast that to the $20-$25/day that we have paid in the Caribbean for the rare times we opt to use a mooring.  And, at $375/month for the slip we were on in Annapolis, just picking up a mooring here is nearly $3,000/month.  Crazy!

I guess the town fathers, if they are all men, would take the position “if you can’t afford it, we don’t want you here”.   Clearly, as the best harbor in the Hamptons, there is plenty of money to go around so they don’t need folks like us.  Some of the yachts, and there are dozens in the harbor, are pretty amazing.   I have always had a soft spot for yachts painted black.  What a beautiful shape. 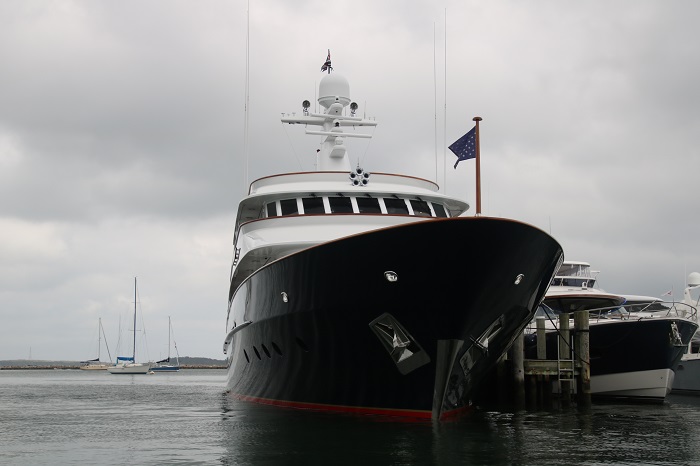 I often wonder what it takes to accumulate enough wealth to buy such a large “toy”.   Perhaps the name of this one, Indiscretion, offers a clue. 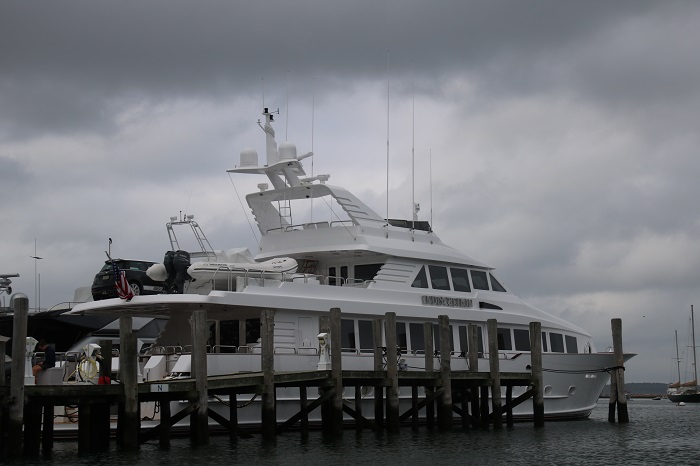 Brenda and I have at least one thing in common with the owners.  They keep a  Mini Cooper on deck. “Oh Reginald, can I have a Mini?  They re just so cute.”, “Of course, what a lovely idea Chrystal,  have James order one post haste!” 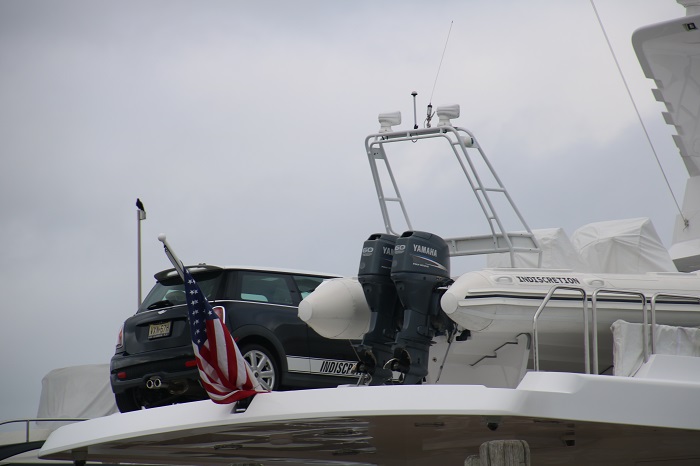 In order to fit a Mini in board Pandora, it would have to be a really mini Mini.  A “micro, mini, Mini” perhaps.  Note the white stripe on the side announcing the name of the Mother Ship.

While some of the yachts, many actually, are mega, some are exclusive in their own way.  This one surely shouts “I don’t care what it costs, mine is the only one”. 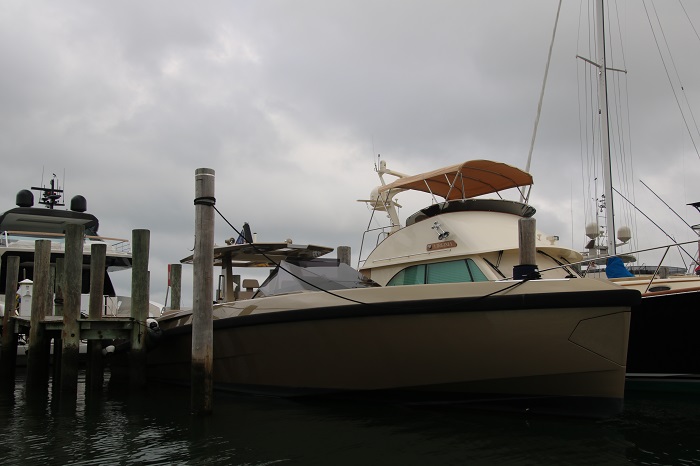 The Hamptons have long been the playground of the rich and famous.  Many are merely rich but some, like the owner of Alexa, are both.  She is one of Billy Joel’s boats, named after his daughter.   Alexa, the boat at least, has been a fixture on the Sag Harbor waterfront for years.    She’s quite a looker with classic lines. 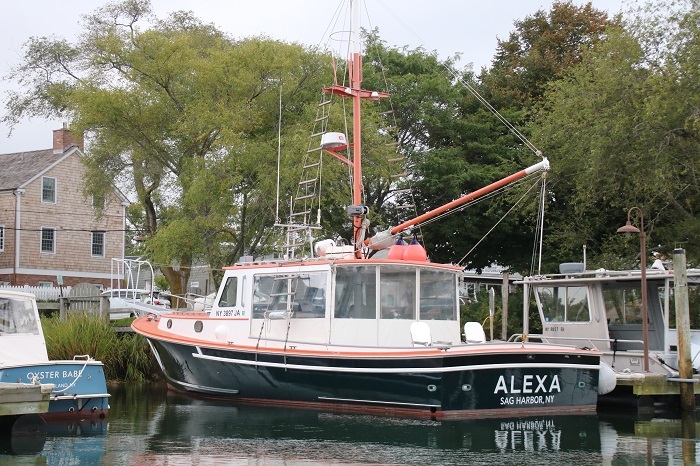 In addition to beautiful yachts, the town of Sag Harbor has some beautiful buildings, many dating back to a time when this was a major whaling port.    This elaborately decorated gem, is now a store.  I’ll bet that the bill for the silk flowers surrounding the entrance alone would set you back thousands.  Very tastefully arranged.  Love the yellow chairs.  I wonder what would happen if I plunked myself down with a cup of coffee there.  “Sir, can I please seem some form of identification documenting that you are “sheltering legally” in Sag Harbor.” 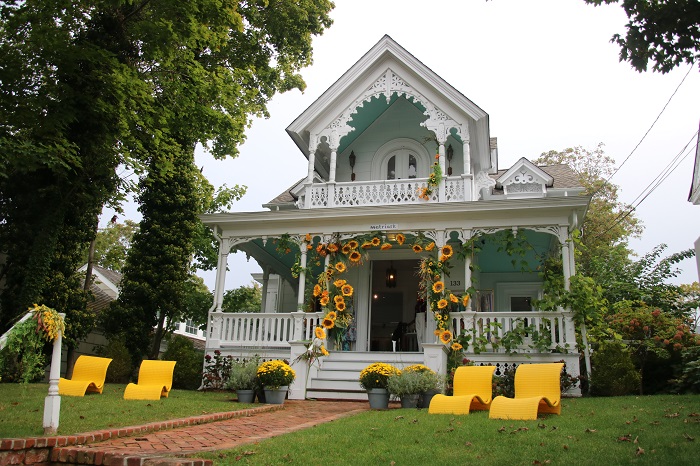 Speaking of Sag Harbor and whaling, that brings me to the highlight of Brenda’s and my time aboard Pandora,  so read on…

A few days ago, we decided to head from Block Island to Sag and headed out in nearly windless conditions.  We had hoped for a nice breeze to move us along but instead motored the entire distance.   As we passed Montauk and approached Gardner’s Island, I saw a huge splash a few miles off.  At first I thought it might be a wave breaking on the reef off of Gull Island, on the eastern end of Plum Island.

It was hard to tell what was going on but as we got closer, a geyser of foam leapt up again and again.  Finally, I realized it was a breaching whale when I saw this enormous dark bulk shoot up nearly clear of the water, only to land with an enormous splash.

As she/he? came closer, there were a few more leaps out of the water and then she continued her slow trek toward Pandora. 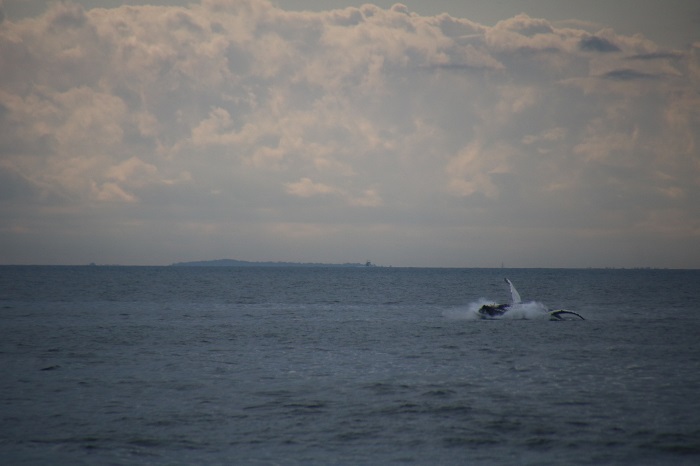 I took dozens of photos as she came closer and  closer.  We never changed course but were careful to slow down to a crawl and stay out of her way.   Perhaps she was feeding as her mouth was agape as she rose up.  You can be certain that we were seeing a Humpback because of the long black and white pectoral fins, unique to this species. 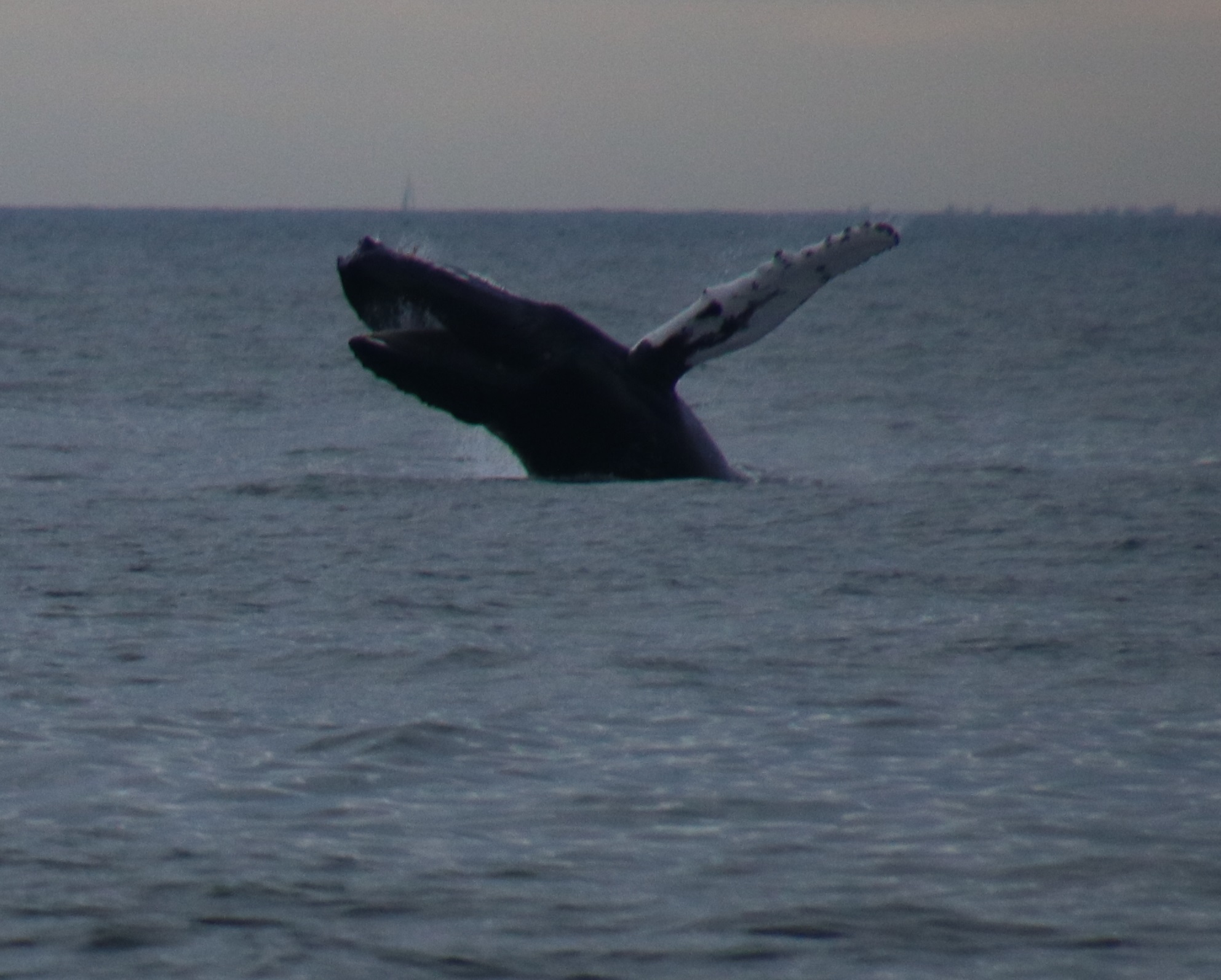 We never changed course but she came closer and closer, passing within about 100′ of Pandora.   She wacked her fin hard on the water, making a loud slapping sound, again and again.  We were awestruck.   I could hear her breathing.   What a moment. 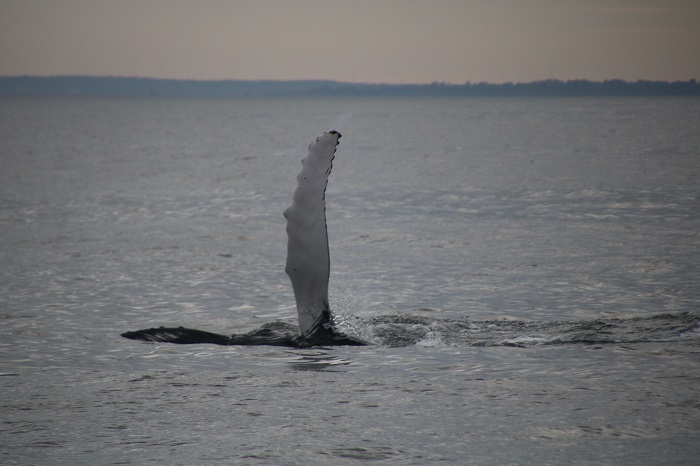 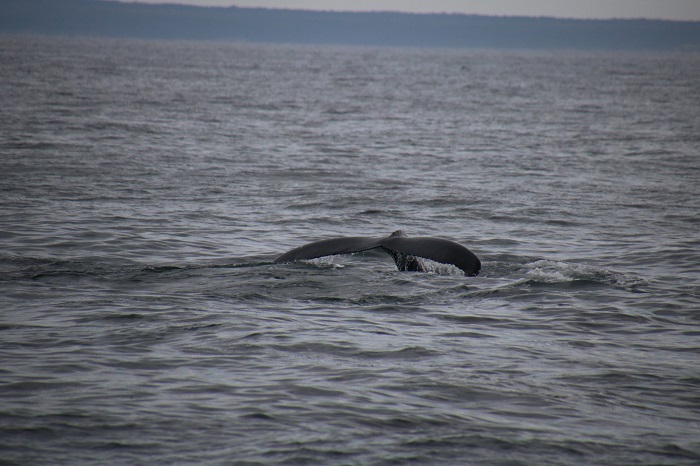 It is very unusual to see a whale in Block Island Sound as for much of the summer, they congregate in the Gulf of Maine.  I do wonder if she was lost as this area isn’t known as a good place to feed.  They eat tons of plankton every day, and that sort of food is much more common in the colder waters north of here.

There is so much boat traffic here that the risk of collision is high.  These beautiful creatures swim very slowly and are often struck by ships, causing perhaps more deaths than by most any other cause.    I called the USCG to report her position which they repeated as a notice to mariners.

In the 40 years that Brenda and I have spent cruising this area, it’s the first time we have ever encountered a whale together and while I have seen quite a few off of Provincetown over the years, this was Brenda’s first time to see such a show.

Setting aside the fact that a sighting in our home waters is so rare, to see a breaching whale from the deck of our own boat, with no other boats for miles in every direction, was an experience that we will remember for many years.

So, there you have it, visiting Sag Harbor, once a major whaling port and now the final stop on what may very well be our last cruise of the season before Pandora goes on the hard until next spring, and a whale sighting.

When we arrived in Wickford about a week ago, it really felt like winter was coming and with a cold front coming through on Wednesday, I guess it’s time to head home tomorrow.

The good news is that while it’s pretty cloudy today, it’s warm and a nice day to eat outside on the patio of a lovely spot we have been wanting to try for a while.

While our cruise is nearly over, one way or the other, Brenda and I will have something to talk about as seeing a whale in Block Island Sound, now that’s something you just don’t see every day.

Perhaps I’ll close with a shot of Pandora, snug on her mooring here in Sag Harbor. 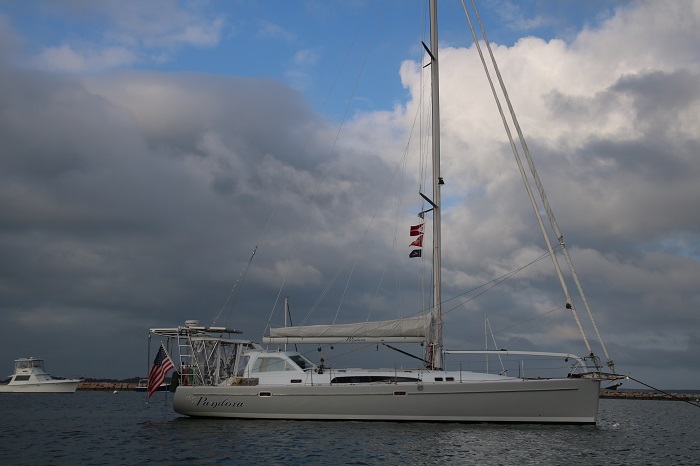 I’ll sign off for now.  It’s time to head ashore to lunch.   Socially distanced, of course.

One response to “Now, that’s something you don’t see every day!”