USA, here we come. Leaving the USVIs on Sunday

It’s been a long journey, getting to a point where we can say “we’re leaving the Caribbean and heading home”.  In a way, it seems like only yesterday when we were in Martinique enjoying the days of Carnival.  So much has changed.

Our plans on departing have changed.  As recently as yesterday Chris Parker, our weather router, suggested that leaving on Tuesday for Florida made the most sense.  However, after speaking to him again today, he has changed his tune and now thinks we should leave on Sunday, the original departure date for the flotilla.

The rub is that I had become focused on a Tuesday departure and am not quite ready.  In particular, I had hoped to purchase a few more diesel cans in town but they won’t be in stock until Monday.  However, fingers crossed, we probably have enough fuel as long as we can sail about half of the distance, so I won’t dwell on that.

However, I do need to fill the jugs that I have on board as I emptied two of them, five gallons each, into one of the tanks today.

So, the fuel dock opens up at 07:30 tomorrow and I’ll head in to fill the cans.  Brenda also wants me to make a last run to the grocery to get some provisions.  A rotisserie chicken will be a good first dinner out.

Next, the dink on board and off we go, hopefully by noon.

However, no post is complete without a picture, or two.  How about some fish? 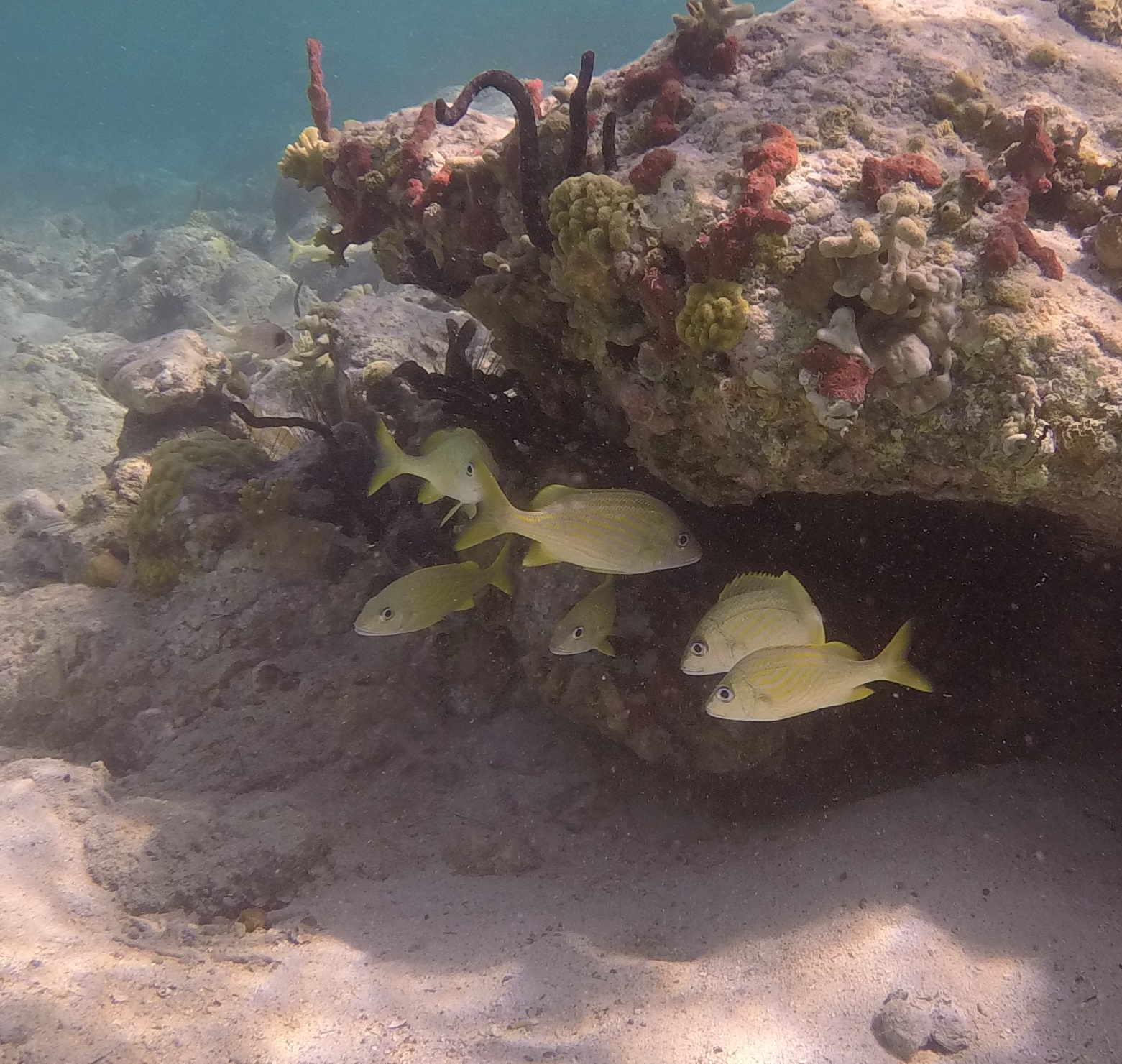 Our son’s partner Melody gave me this great GoPro camera.  I have underwater color correcting filters but they don’t seem to understand the exact color correction needed.  Each filter is coded to depth.  This one was for 5-15’depth. 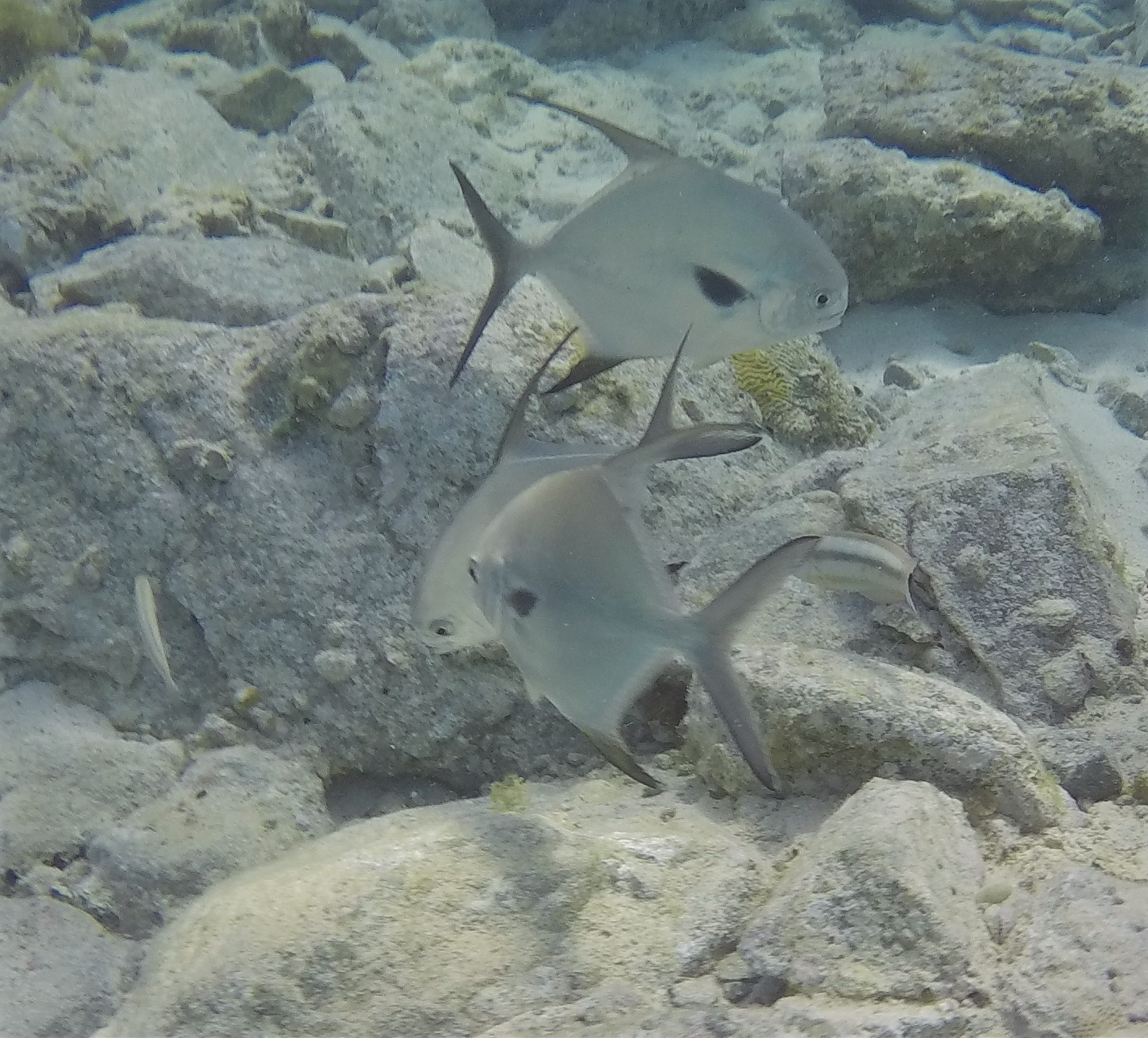 There were some nice modest reefs near where we had our mooring.  I didn’t get the color filter quite right on this one either.  A lovely French angel. 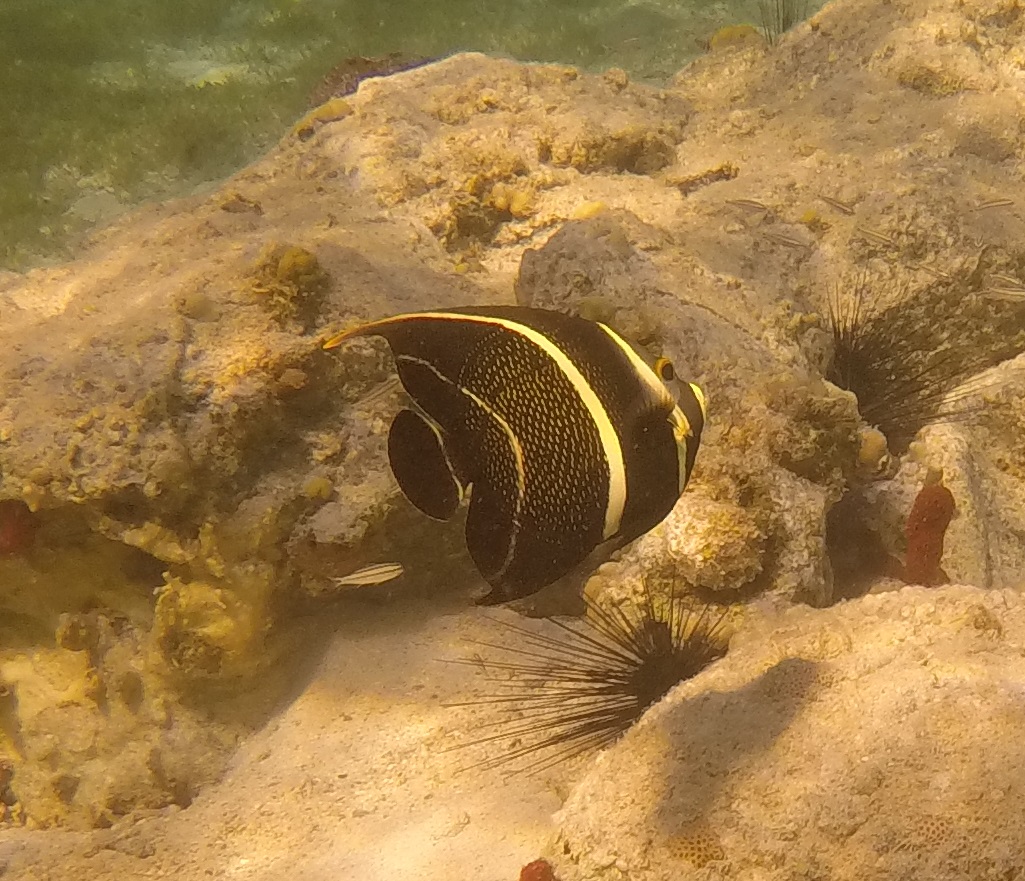 I don’t know if these sea urchins are good or bad for the reef, but there are a lot of them. 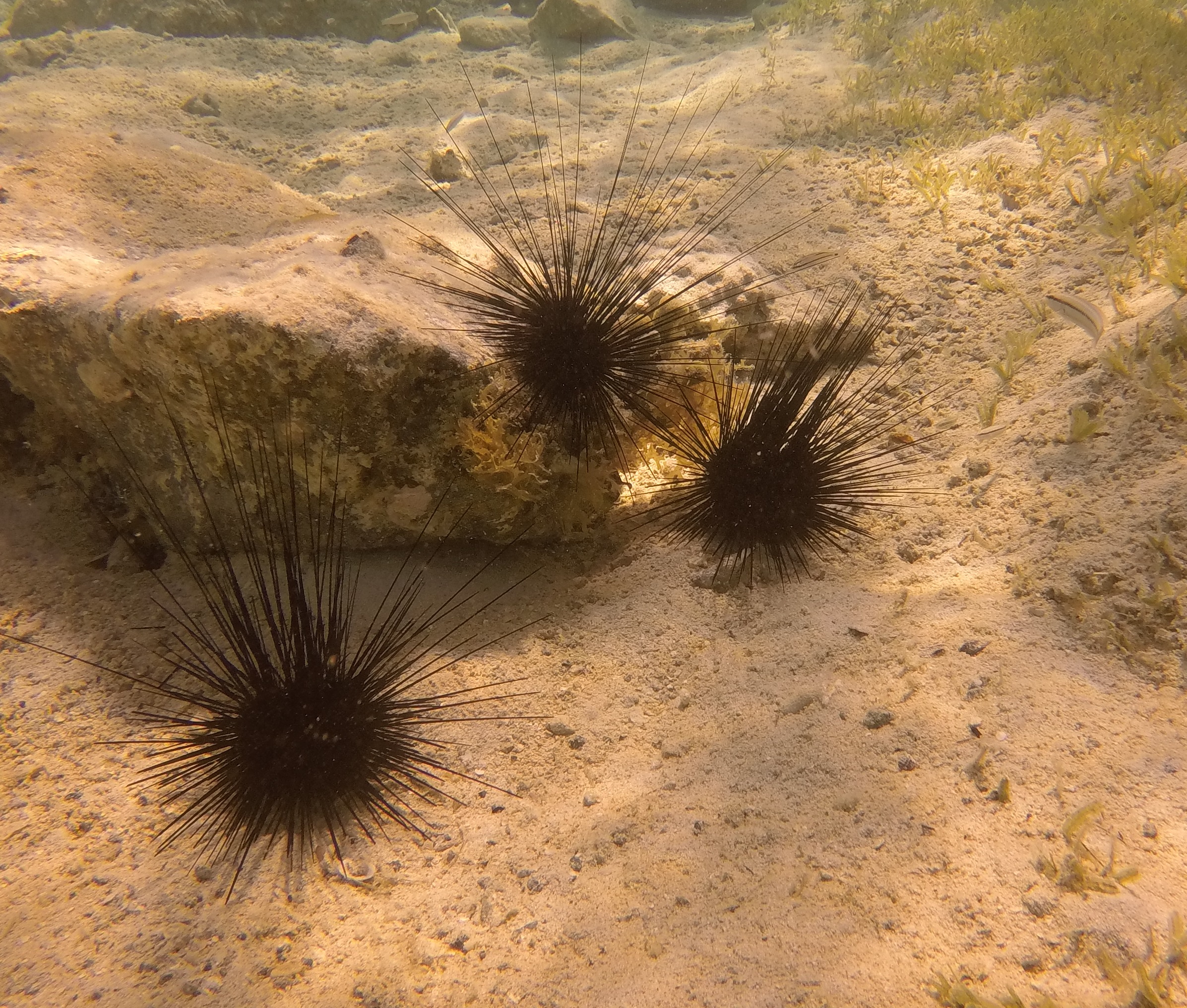 Well, I thought that I needed to put up some photos of fish before we shoved off, my first of the season.

Actually, I do wonder when the next season will be.  November?  I have my doubts.

Anway, we are out of here.  Next stop, Florida.

I hope to put up some posts, sans photos, along the way but that depends on being able to spend time below if Brenda is doing fairly well.   Hard to tell.

Remember, you can track us on “where in the world is Pandora”.  And, on the shared Salty Dawg Flotilla page.

5 responses to “USA, here we come. Leaving the USVIs on Sunday”