Trying to feel connected, thousands of miles away.

For many years Brenda and I have been told that we are “living the dream” to be free to sail wherever we want, whenever we want.   To be aboard Pandora for months at a time does feel, to me at least, to be a bit of a dream at times.  Brenda, on the other hand, may not always have the same view.

However, right now, as we sit here in Antigua, unable to do much of anything ashore and completely unsure how we are going to get Pandora home before the hurricane season begins in June, it is feeling like more of a nightmare than a dream.

Don’t get me wrong, we are in an idyllic spot, here in Jolly Harbor, with views each day that most will only see during a week long tropical holiday.    Today’s sunrise over the distant mountains. 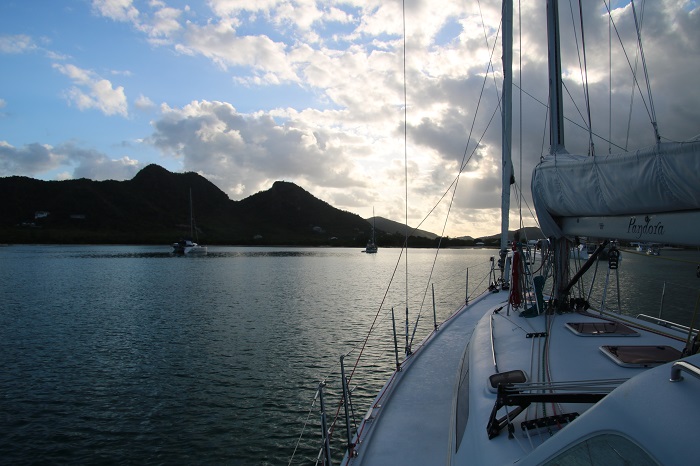 Montserrat, in the distance, complete with it’s own active volcano. 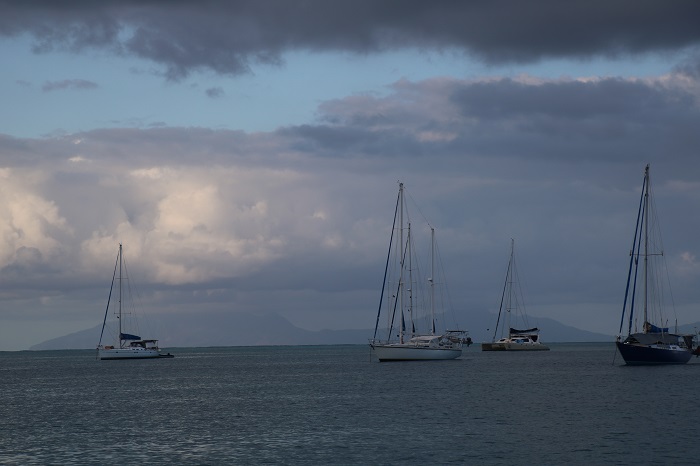 A couple out for a bit of early morning SUPing. 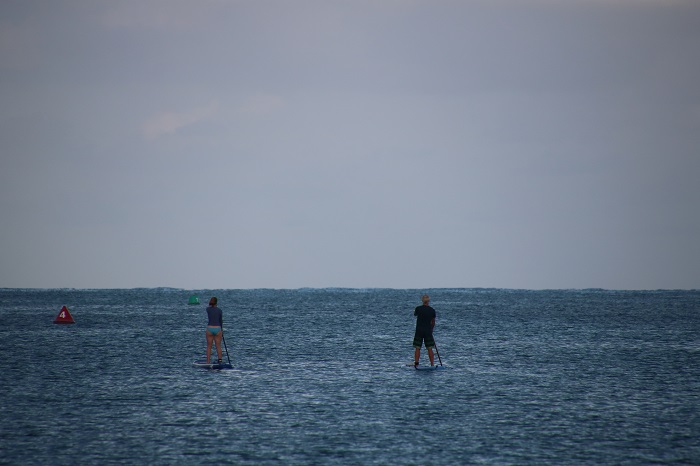 Yes, all of this is wonderful but for us, but much different than in past winters, when we spent time with friends and could predict, with certainty, when and how we would be heading home in the spring.  After 7 winter seasons afloat, we have more or less, gotten into a pattern and one that has been predictable, until now.

Now the only thing that has been predictable for the last few weeks is that we can’t predict what’s going to happen at all, even a few days from now.

Every day seems to bring yet another change, often more dramatic than the last.  As an example, about an hour ago the Prime Minister of Antigua announced that a week long 24hr curfew will go into effect as of midnight tomorrow.  This means that only essential travel will be allowed, limited to food shopping or emergencies but that’s it, stay home or risk arrest.  Gatherings will be limited to no more than two individuals and no kissing on the lips.  (Ok, I made the no kissing part up.)

It has been breathtaking to see how fast predictable has given way to unpredictable.  A month ago we headed to St Lucia and the marina at Rodney Bay to spend a few days while having a new refrigeration compressor installed.  Nearly three weeks later, our plans were totally up in the air and we decided to extend our stay to a full month only to make a decision to leave abruptly and sail to Antigua two hours later.  A last minute change of plans prompted by hearing that Antigua was planning to close the island to any and all arrivals in two days.

Since we have been here, and it’s only been a few days, Antigua has gone from closing their boarders to a complete lock down.   Yesterday we went to the grocery store and to us it felt like we were courting death.  The space between the shelving felt particularly tight and it seemed like there just too many people in a small space.  We heard from friends that today there is a line out to the street, even to get into the store and no amount of social distancing to handle such crowds.

Yesterday the crowds were very light and yet we still felt very exposed, with shopper feeling like a threat and them viewing us in the same way.    One shopper, obviously a cruiser, somehow managed to touch every one of the rotisserie chickens on the shelf, trying to choose the best one.  It was all that I could do not to call him out on it.   When I came around the end of an isle, I turned the other way if it was too crowded, which always seemed to be the case.  No squeezing by for me, but as a result, so we were in the store for nearly an hour.

I’ve never been particularly good about washing my hands, but now I have become fairly compulsive about it.   The grocery store had two sinks, one on either side of the entrance so shoppers could decontaminate themselves before entering.   And, as if that wasn’t enough, I was still hand sanitizing with my own spray bottle, ever few minutes.  I read that the handle on a shopping cart has more bacteria than a public toilet.  At least my fear of virus means that I have at least one tiny thing in common with Trump. 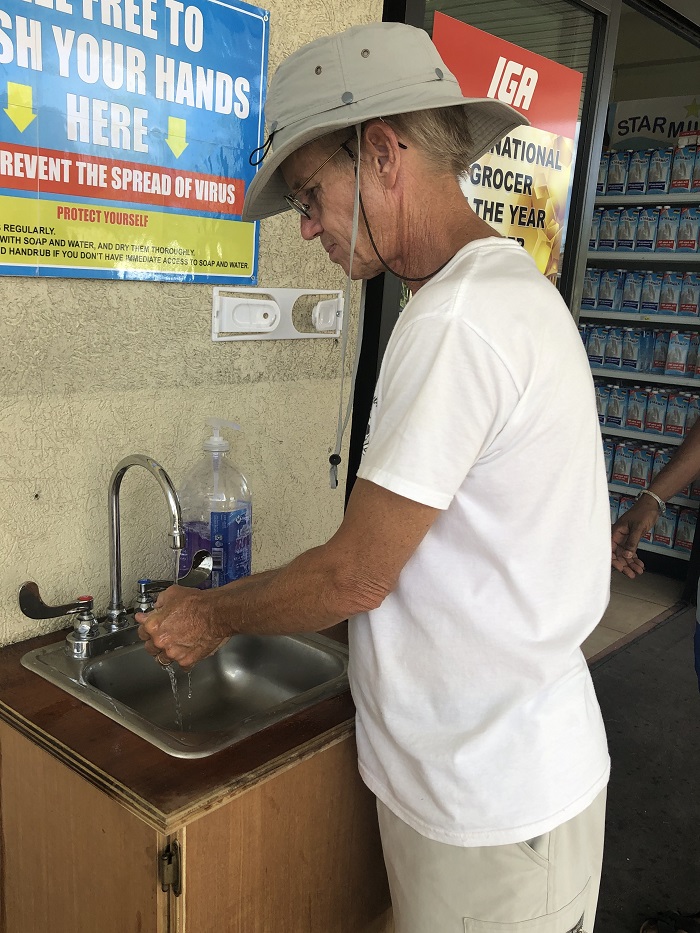 As awkward as it is to be stuck here in Antigua, just about everyone we talk to in the US feels that we are much safer here.  It seems that in the US, every day brings increasingly bad news, with little improvement in sight.

Sure, it’s beautiful down here but I have to say that it just isn’t the same when things are so up in the air and we are so far from home.

Facebook has never been particularly high on my list but nowadays, I feel like it’s a lifeline to keep us connected with friends and family.  At least it has some humor, if often dark, to lighten the mood.

Being in such close quarters aboard Pandora, with so much uncertainty, has frankly gone better than we might have expected, and that’s good.  This short piece seems to capture the mood pretty well.    I wonder if Brenda would choose A.

So before you think “Oh, poor Bob and Brenda, stuck in paradise aboard their yacht, how sad.”  Think about how you’d feel to be “sheltering” with your partner in a space that is about the size of a bathroom as there isn’t any other option.

While some cruisers are willing to wait it out here to see what happens next, many have had their boats hauled here in Antigua and other islands and have headed home, accepting the reality that their boats may very likely be in harms way, with nearly all of the islands deep within the hurricane belt.

However, finding the best place to keep a boat tough as so many islands have completely shut their boarders.  For those wishing to keep their boats outside of the hurricane belt, Grenada and Trinidad are the only reasonable option and both are completely cut off, not allowing any new arrivals.  So, many cruisers are sitting and hoping that things will open up before the first hurricane of the season hits.

While many of our cruiser friends have headed home, they are still emailing and messaging us regularly, wanting to know how we are doing.   It’s very nice.

To that point, one good thing about the timing of this new-found isolation is that it’s happening in a year when connectivity for us is at an all time high.  Being able to call family and friends at will is making our time away, in the midst of so much uncertainty, makes things a lot more bearable.

After years of frustration in trying to find a way to stay in touch while traveling, our Google Fi phone has proven to be a God-send, allowing us to do video chats with our sons Rob and Chris and their families, nearly every day, from the comfort of Pandora.  As recently as two years ago, during our last winter afloat, we had no way to connect, beyond text and email, unless we went ashore to somewhere with strong WiFi.   With our Google service we are finding that the data on the phone is generally better than WiFi ashore.

Great connectivity comes in very handy for virtual “happy hours” in the evening family and friends, particularly our friend Craig, who is living in Detroit these days, and that’s been a nice way to have a proper evening toast on occasion.

Friends are still getting together here, albeit at a safe distance.  A popular evening pastime is to tie a few dinks together and drift around the harbor.  Out in the wind, a good distance apart, the risk is less, we hope.   However, with the new restrictions in place here in Antigua, groups of more than two are not allowed so even an outdoor drift is no longer an option and perhaps isn’t wise anyway.

Walks on the beach are a nice way to spend time.   Social distancing was very easy on this deserted beach, not far from Pandora. 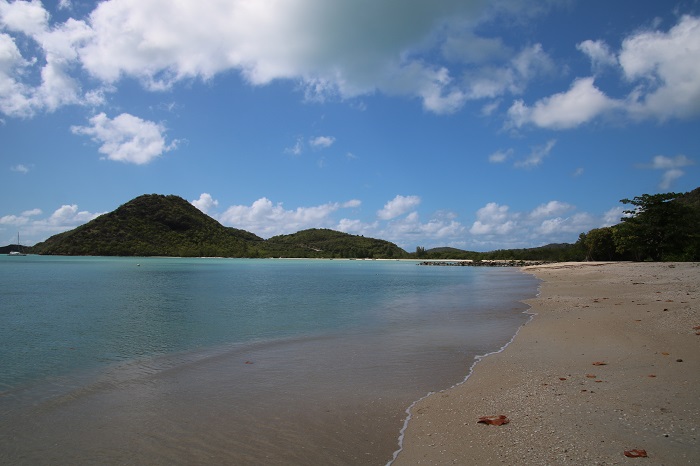 A peaceful moment in a world that feels anything but peaceful. 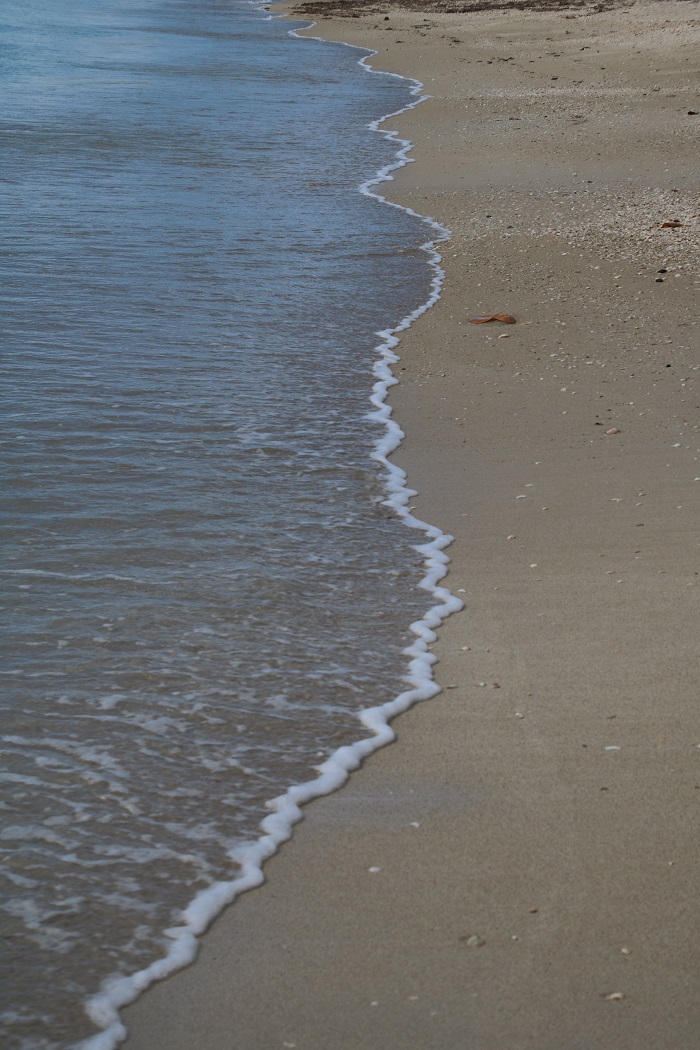 A reminder, a school of tiny fish in the shallows, that life goes on, virus or not. 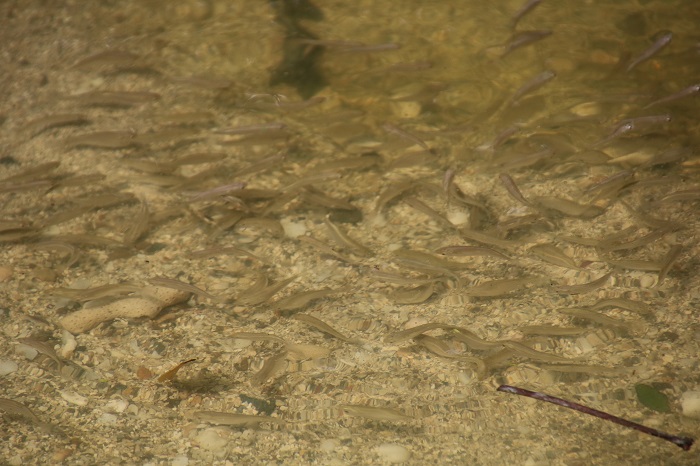 And its been great to have a beach nearby with decent shelling.    A pretty nice haul. 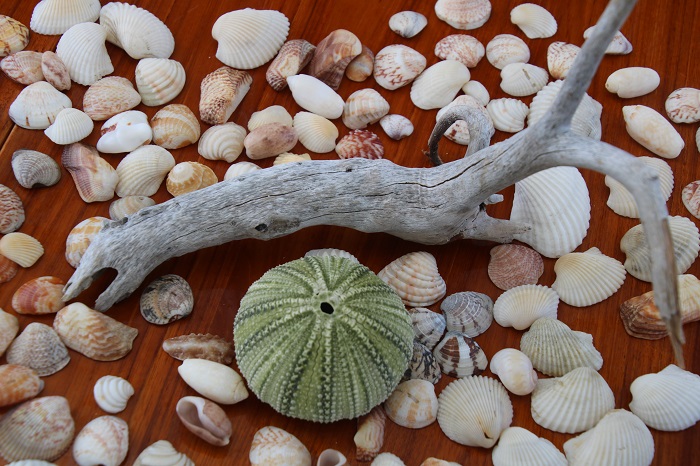 We’ll have to come up with some sort of craft project to do with our granddaughter Tori using these shells.  I expect that Rhett and Emme are too young and would just try to eat them, so perhaps not a good idea just yet.  Perhaps in a year when they are three.

I will admit, that in the middle of the night, I am wondering if we are making the right decision just waiting here to see what the next month brings.  Will we be  able to do the shorter run to the US through the Bahamas, now completely closed off to cruisers not already there, or will we be forced to sail west, the 1,100 miles from the USVIs to Florida with just the two of us on board.  While the run to Florida from the USVIs is only a few hundred miles closer than a straight shot to CT, at least it’s a downwind sail and would be a lot easier on Brenda.

Better yet, will travel restrictions be relaxed so that she can fly home and crew come down to make the run north with me?   Who knows, but we are hoping that in a month, now that the administration seems to have finally taken the threat seriously and is encouraging everyone to stay home, that things will settle down and be safer for travel.

So, here we sit, trying to figure out what the best course of action is, hoping that things will improve and that we will be able to bring Pandora home with a minimum of fuss.

One thing I have been focused on, to pass the time, is finishing things that I have needed to get to but somehow have overlooked or put off.    To that point, I ran into this bit of timely advice shared by a fellow cruiser from an authority on such things…

“Heard a Dr. on TV say to get through the boredom of self isolation we should finish things we start and thus have more calm in our lives. So I looked through the boat to find all the things i’ve started but hadn’t finished…so I finished off a bottle of Merlot, a bottle of Chardonnay, a bodle of Baileys, a butle of wum, tha mainder of Valiumun srciptuns, an a box a chocletz. Yu haf no idr how feckin fablus I feel rite now. Sned this to all who need inner piss. An telum u luvum xtherIn”

Well, as goal oriented as I may be, the day is young so perhaps I’ll wait a few more hours before I work in earnest on things aboard Pandora that are not “done”.

As someone once said, “sheltering on a boat is sort of like being in a prison cell, with the possibility of drowning”.  Yeah, that’s what Brenda says and that’s when things are “normal”, and things are definitely not normal now.

All of this speculation about using crew as an alternative to just me and Brenda bringing Pandora home, is probably wishful thinking but I am really hoping that things do change.

Anyway, here we are in Antigua not knowing what the future will bring and doing our best to stay connected.

So far, so good and, to date, no sign of the virus aboard Pandora.

2 responses to “Trying to feel connected, thousands of miles away.”