>My good friends Roger and Ilene are headed aboard their SAGA 43, a boat just like Pandora, to Tortola beginning this week to begin a winter of sailing in the islands.  Actually, Ilene will fly to meet Roger there who will make the trip to Tortola with crew.  However, the plan is for them to spend from November to May island hopping their way south and if they like island living, to leave the boat in Trinidad for the summer while they head north and home for a few months prior to heading back for another winter season in the islands.  I have a number of friends that do this and it sounds like great fun.

Roger has spent months getting his boat ready to participate in a cruising rally from Hampton VA to Tortola.  This rally is a big one with some 75 boats that will head south together.  Participating in a rally is a great way to get started with ocean sailing as it allows access to a weather router and other safety services and know how that most wouldn’t have access to as easily.

I wish Pandora was on the participant list but that will have to wait a bit longer. Each winter I am doing projects to get the boat ready for long distance cruising.  What a great trip it would be to head to Tortola.  For now I will have to be content with armchair sailing along with Roger and Ilene aboard Ilene the Boat and their site http://www.ilenetheboat.blogspot.com/

You can follow their progress on the rally site.  This link shows all the classes and this one class 6 which is what Roger and Ilene’s boat Ilene is in.  The tracker shows that everyone is still in Hampton but they will likely leave soon so keep checking the site regularly.  At this point the key issue is to get a good weather window to begin the trip. The group, The Cruising Rally Association, that organizes this rally also has other events including Bahamas and an Atlantic crossing rally.  Their site is quite interesting as you can follow the boats as they make their way south.  Each boat is fitted with a GPS tracker that “pings” a satellite with their speed, direction and location about ever 15 minutes. .  I want to go sailing and all I can do is write about it now that Pandora is on the hard.  Bummer about that.  I can’t wait till May when she goes in the water again.

There’s not much to report about Pandora right now except to say that she is in a boat yard in Norwalk CT and I am getting started on getting upgrades underway and her ready for the freezing weather that’s on the way.   It’s hard to find interesting ideas for posts when Pandora isn’t in the water but I will do what I can to keep to a weekly schedule.   Yesterday I began getting the frame fitted to hold her canvas cover that will keep water and ice off of the decks.

I don’t get many comments on my posts and yet see that I am getting visitors.  Who’s out there?  Leave a comment, please and tell me what you think.

>Pandora on the hard, the Annapolis boat show and a visit with Don Street 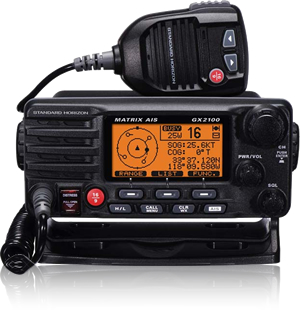 While radar helps in seeing ships when they get close, It’s much better to have the name of the ship and all sorts of other information show up on the radio and incredibly, on the screen of my chart plotter.  Very cool indeed.  There have been many times over the years when I have seen ships at night, tried to hail them and not gotten a response.  Perhaps it’s because I would say something like… “vessel  headed east out  of the Race, this is the sailing vessel Pandora. Come in please”.  This always seemed clear to me but often there was silence on the other end.  I am told that when you call a ship by name you nearly always get a response.   AIS makes knowing the name a cinch.  I am looking forward to learning this first hand.

Unfortunately, my new unit is only a receiver.  Ideally, I’d like to have a transmitting AIS so that these ships would see me on their screen too, but it’s not in the budget this year.  While It’s not ideal, this system is a major move forward for Pandora.
Also on my list for several years has been a proper offshore life raft.   Since much of my cruising is in the cold waters of Maine, where a visit overboard in water in the high 50s would mean death from hypothermia in a very short time, having a proper raft was a key missing piece of safety gear.   With my CT to Maine runs and my yearly trips to Annapolis, I am putting more and more offshore miles on Pandora so it’s high time that I added a life raft to my safety equipment list.
After looking at all of the major manufacturers, I settled on a four man offshore raft from Viking.  This company supplies the cruise lines, military and other commercial ships and, in my opinion,  is a raft that offers excellent value for the money. 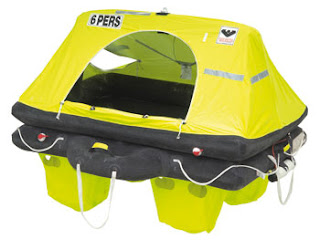 This raft is built for tough conditions and is designed for cold weather use as well.  Let’s hope that I never learn first hand how the raft performs.
While we also have a perfectly serviceable inflatable tender or dink,  I have wanted to upgrade to a hard bottom model for some time.  Our current tender, that we have had for years, is great but with the soft bottom, getting the boat up on a plane with both of us aboard has been a problem.   It really goes with just me aboard but with me and Brenda, it just can’t make the “jump to warp speed” and allow us to cover more ground  quickly. This is especially important when we are in a larger harbor with distance to cover and is particularly helpful when the water is choppy.  Any soft bottom dink is fairly wet when the going gets rough and heavens, it just wouldn’t be right to head out for a night on the town in a wet dink, would it?
While those three purchases are probably enough for now, the one remaining major item on the list for this winter is to upgrade the cooler to a proper deep freezer, fridge combination.   While I talked to all the vendors at the show as well as a number of my friends who are educated on the topic, I am now even more confused than ever.  There’s much more to learn before I make a decision so perhaps I’ll leave that discussion for a future post.   However, the goal is to have a freezer that’s cold enough to keep a good amount of food frozen verses the pint size freezer compartment that we currently have.  Speaking of “pint”, it would also be wonderful if we could keep ice cream.   Now, that would be quite a treat.
Finally, while we were at the show we had dinner with 15 of our closest friends, a group of fellow SAGA owners who met up at a local eatery to share stories and argue over the relative merits of equipment choices.   It was at that dinner that I became even more thoroughly confused about the proper equipment for fitting out a proper freezer.  The problem is that the solution can cost from a very affordable $125 to over $2,300 or more depending on the approach I were to take.
At the dinner the one who owner that had traveled the furthest in a SAGA had made the trip to Annapolis all of the way from Guatemala where she, Ursula actually, had made her home aboard her SAGA for the last few years as she traveled around the Caribbean..  However, the highlight of the night for me was that Don Street, the godfather of Caribbean cruising who traveled from island to island for over 50 years aboard his 105 year old yawl Iolarie. 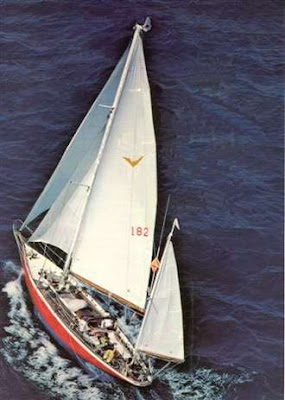 He has written countless magazine articles and has authored a number of vital cruising guides for the area.  What good fortune it was that he happens to be a good friend of a fellow SAGA owner.
I was just thrilled, that the legendary Don Street was to join us for dinner.  And to make it even better,  If there was ever anyone that looked the part of the “salty sailor”, Don’s the guy.  In his 80s, he’s just as interesting as always.  While he has recently begun to slow down and has sold his beloved Iolarie, he told me that he plans on continuing cruise as much as he is able to.  However, he will be doing so now in the time honored OPB (other people’s boats) sailing tradition.   I only wish that I had an opportunity to spend more time with him.
While the evening was short,  I did get this great picture of him.  Guess who’s Don?  No, that’s not him in the middle. It’s me. 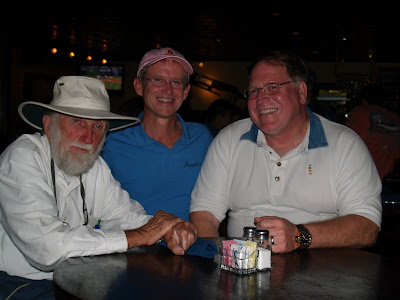 There’s so much to write about but I don’t want to drone on forever.  Perhaps that’s enough for now.